Since we live in a society where we blame anyone for just about anything, I decided I would blame the United Kingdom for my new strange tastes. (And for those of you reading this from the UK..no worries, mate!!!!)

1. Mushrooms. I used to hate the things, and I mean HATE them…who wants to eat slimy, rubbery, fungus??? If they were anywhere near something I would be eating I’d pick them and throw them off anything they might have come in contact with. But that all changed when I tried the ‘Traditional English Breakfast’. I accidently ate one and found it to be really tasty! Now I have mushrooms on everything from salads to pizza – WEIRD. Next on my list of things to try…’magic’ mushrooms….

– yes, everything you see there is most likely worse for you than a breakfast from McDonalds. Also…those are baked beans with breakfast which brings me to my number 2…

2. Baked beans. “Beans, beans a natural fruit. The more you eat, the more you toot.” We all sang that while growing up, and if you didn’t…well then frankly, you’re a loser. Anyway. I can’t remember the last time I ate baked beans at home, but over here they have them ALL THE TIME. To be fair, maybe they would think refried pinto beans for breakfast is weird – mmm… breakfast burritos…mmm…Dos Hermanos

3. Vinegar. Two words – Easter Eggs. That was always the first thing that came to my mind when I thought of vinegar. It’s gross and it should only be used for coloring Easter Eggs…well, that’s what I though, at least untill I accidently picked up a bag of Salt and Vinegar crisps (chips) instead of regular salt. I’ve gotta admit, I must have had a classic face for the first bite, but after that I was hooked. Now I have vinegar with my chips (fries) and on salads (I could never imagine eating a salad with ‘oil and vinegar’ or any other dressing that had vinegar in it).

Ok, so maybe this isn’t the most extensive or exciting list, but it’s a start. Next time I’ll try not to write this at two in the morning and I’ll try to make it less rambling and more coherent. Funny how most of those things were by accident… Happy Accident???!!!!

I’ve had several people ask me recently about my Five for Fridays. Here’s a snippet from my original post about it: “Ali, over at His Bridie’s Nest, has a weekly…

“Aw, dammit,” I said as the light turned red and I was in the middle of the intersection. Thanks, Marty, for turning the red light cameras back on and making… 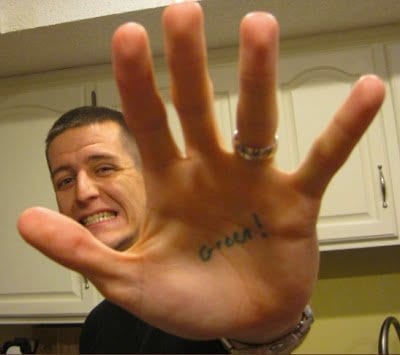 Kenny wore his olive-hued flight suite to work today, which took care of his green during the day, but once he got home and changed into “civvies,” I went in… 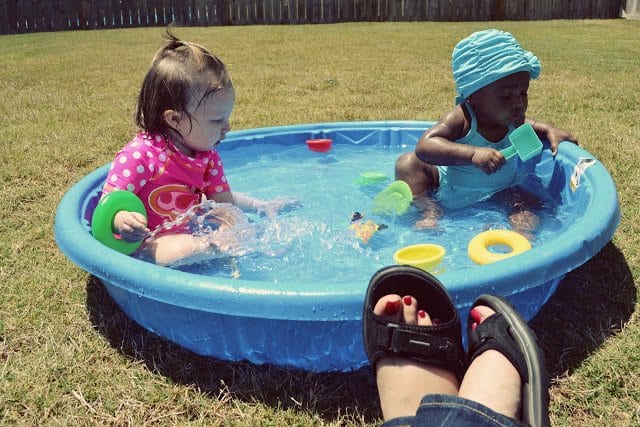 A few weeks ago I left my friend’s house after a “play date,” and as I was sitting in my car waiting for it to cool off enough to touch…

Fact: I have lived in Albuquerque for 24 years, give or take a year and a few months.Fact: I just saw a part of the city I never knew existed!…