For the past week I’ve been going in the mornings religiously to Defined Fitness, the gym up on Juan Tabo. Last night I didn’t have any money lto go out so I decided to stay home. By staying in I ended up getting bored of watching TV and figured I’d go for a swim at 10pm. I got a pretty good swim in, considering it was the first time I’ve been in the pool in over a year, and about an hour later I was ready to go home.

The second I stepped out of the gym I stopped dead in my tracks. I smelled something… something wonderful. I kept waking to my car and sniffing the air (I probably looked like a crazy person!) trying to figure out where the amazing scent was coming from. As I was about to open my door I realized what I was smelling…. Krispy Kreme .

Some genius a couple years back bought an empty lot on Juan Tabo and Candelaria and decided that it would be a great idea to build a doughnut shop RIGHT NEXT TO A GYM. Talk about bad luck! I mean, here are people who are going to the gym to get fit, healthy and in shape and they have to pass by one of the best doughnut places in the world.

Last night took every ounce of strength I had left in me (not much considering it was the second time that day I had worked out) not to stop and get a fresh baked doughnut (seriously – check those out!). I need to mention something else for this story to have it’s full effect. After spending a little less than a year in another country, I can safely say that the doughnuts here are as good as they get. When I was over there, my friends once raved about their jam doughnuts, and it was at a point when I would have given my left arm for the taste of a hot Krispy Kreme doughnut, so I decided to give theirs a try. Talk about a let down. It was as though I had put a little bit of sugar on a roll and then called it a doughnut. Needless to say…my craving only grew stronger.

I didn’t give into the temptation last night, nor did I this morning – but I can tell I’m going to hit a breaking point soon. It’s just a cruel and mean thing to put something like that next to a gym…I’m strong, but I’m not that strong, dammit!

10 days. I leave in a week and a half. It’s SO strange how I have such a mixed feeling about going home. Don’t get me wrong, I want to… 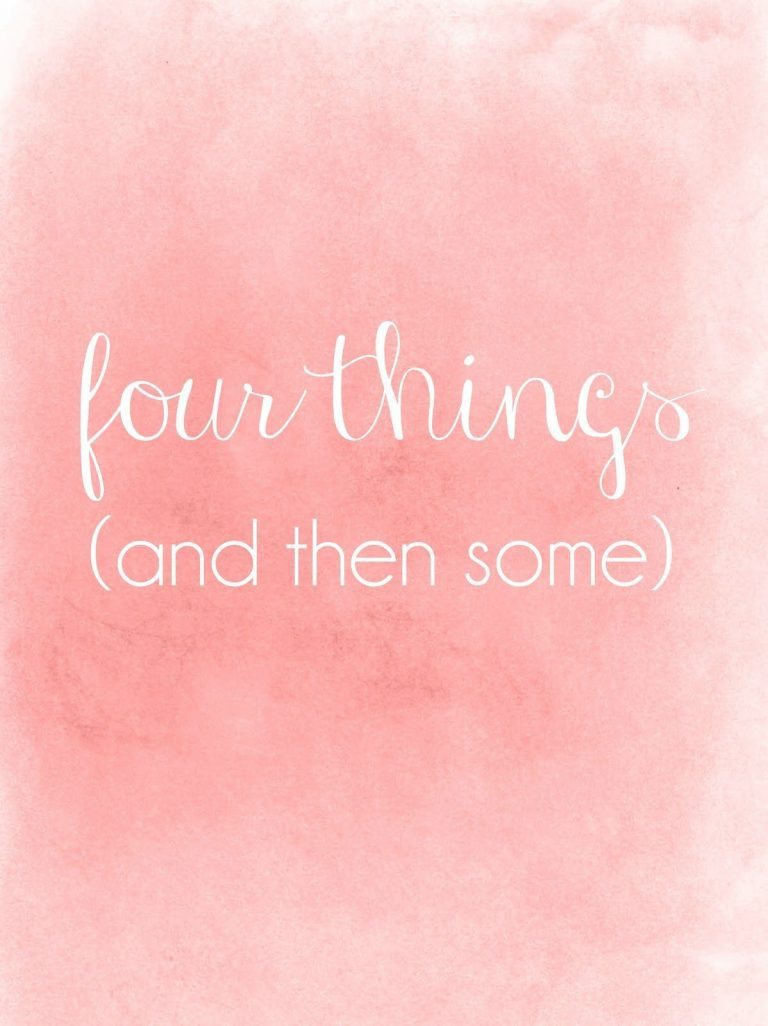 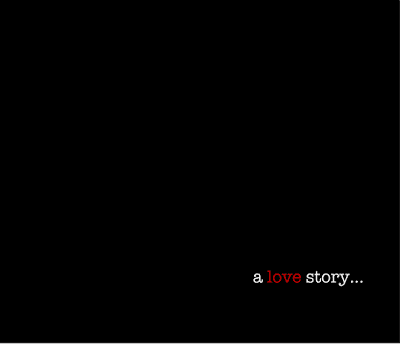 I’m cheating a little bit and working on a DIY wedding project before my “real” work—the one where I actually receive a paycheck at the end—is finished. But I just…

Previous Fridays You make an outstanding blueberry/peach cobbler You told me to take a nap (!) and then cleaned the kitchen (!!) You have the cutest “sad face” that always… 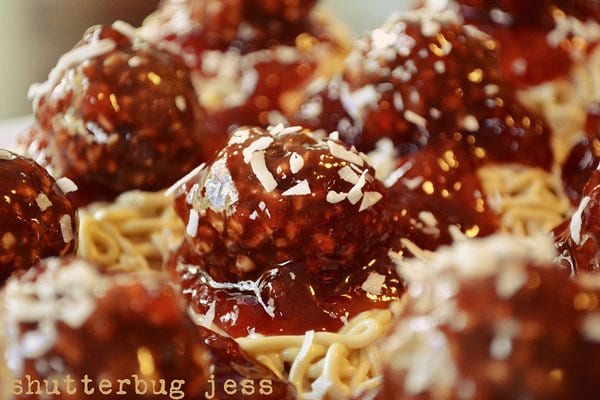 I’m sorry I left you hanging yesterday with promises of the best meatball I ever ate, but I was just so full I couldn’t type another word.  The recipe for…

Turns out that there’s nothing even remotely exciting going on in my life at the moment. That’s a lie. Sorry. On Friday, Natalie and my brother are driving to Las…