My old computer is back and just like new…and you know what? I actually like it more than the ‘new’ one I had. All I have to do now is get all my music into iTunes. In less than an hour i’ll be on my way back to Cruces…and I’m not looking forward to it, by the way. I realized that nobody will be in town! GREAT!!! At least I’ll be working during the day, but everyone knows that it’s not during the day when people get lonely, it’s at night. I’ll get through it. I have a few little projects I wanna work on (and by projects I think I mean you’ll find me online till I can’t keep my eyes open.)

um…I’m watching the Country Music Station, or whatever it’s called (no judegment, my brother has it on), and this ‘country’ song just came on, but the band is trying to look like a rap group – I DON’T UNDERSTAND WHAT’S GOING ON…I’M SO CONFUSED!!!! They’re singing about a Banjo, but the style they’re using looks like a rap video minus the black girls shaking their asses. And they’re missing the Bling. This is weird. Really weird. Ryan Shupe and the Rubberband – that’s who i just listened to. Whoa.

Yesterday was such a kick-ass day, I had a blast!!! Nothing too significant happened in the morning, but in the afternoon Laura and I went to Red Robin because David was working. When I got there she already had a Tokyo Tea in front of her and before I could take off my jacket, David was making me some pretty drink. A fruity pebble (for me), Tokyo Tea (for Laura) and a ‘chocolate cake’ later, we were both pretty much declared drunk at four in the afternoon! Since we clearly could not drive home we decided to go see a movie at Century…and have another drink before the flick started. Ha ha ha, it was really awesome hanging out with Laura just relaxing and having fun.

After the movie we went back to her place where all I wanted to do was take a nap…but I pushed through it and we went to Coaches for kareoke with the guys. Almost the second I stepped into the place i got a pounding headache right behind my eyes – NOT fun. I still enjoyed every second I was with them though, how could I not?! Those guys are so unbelievable, I don’t think they realize how amazing they are. I said bye to all of them, again (wouldn’t it be nice if we never had to tell someone bye! It’s really kinda depressing…I hate saying bye).

Even though I only came home for a few days, this has been one of my best spring breaks. I hung out with friends, saw old friends, drank, laughed so much my cheeks hurt and spent time with my family. Now I can go back to Cruces and work so I can travel!!!

On that note, I need to go finish throwing my crap into my bag, grab my iPod, some Starbucks and hit the road.

I decided to keep a blog while I’m on this little trip of mine. Mostly because non of my really close friends are here with me. I’ve decided that one…

Bored. Really there isn’t much to say other than the fact that I am so bored I don’t know what to do with myself. The cool thing about being bored…

Kenny landed in Albuquerque yesterday afternoon and I greeted him with a giant hug, lots of kisses, and a green chile cheeseburger 🙂 After we said our hellos we hopped… 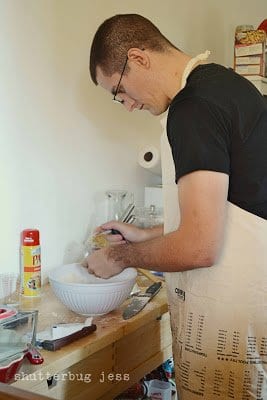 We’ve been busy over here the last few weeks and I’m working hard on catching up. I hope you all had a wonderful Thanksgiving!  On a side note, I’m going…

Last week at church Ryan (the pastor) was talking about how we are always at the exact place God wants us to be. If we’re stuck in rush-hour traffic, that’s…

I actually just texted my boyfriend, “maybe they’ll send you earlier…we can hope.” We are talking about his deployment. Deployment. It’s an evil and sad word. For me the words…