Last week at church Ryan (the pastor) was talking about how we are always at the exact place God wants us to be. If we’re stuck in rush-hour traffic, that’s exactly where we should be. If we end up getting stopped at a light, there’s a reason for it. If we choose to go left, instead of right, God had it planned that way.

Keep that in mind for what I’m about to say.

My mom, dad, cousin and I were driving back from Vegas today. We left in time to have us home around 7 pm. Perfect timing. Around 12:30ish I woke up from a nap and was hungry. I told my dad to stop in the next town so we could get some food. He said that Flagstaff was only a half hour away, and that we could wait for that. I said, “awww, but I’m really hungry now!” so we stopped in Williams, AZ at a Jack in the Box. About 15 minutes later we left and continued on I-40.

We were at mile marker 185 when we saw a highway sign alerting us of a “Crash Ahead. Road Closed.” We sat in traffic for about an hour before we decided to turn around and head to a nearby gas station. Turns out that THIS is what was ahead of us only by a few miles:

2 killed in collisions near Flagstaff amid whiteout conditions

And here’s a video .

We’ve heard from people who were further up in the traffic than we were that it was a 50-car pile up and that about 11 people are dead. They’re not opening the roads (East or West) till around midnight. So, we are staying in a hotel room tonight – managed to get one of the last rooms available.

The interesting thing about this is that there are hundreds of people here and most of them are from Albuquerque. They were in Vegas to watch the college basketball tournament. So if you go to the gas station or in the lobby of the hotel it’s sprinkled with people wearing their cherry red shirts. Everyone’s been really understanding too. I haven’t heard a single upset person or anyone yelling because there aren’t any rooms left. They just take it in stride.

So, even though I’m stuck here in Bellmount, AZ, at least I’m not at the hospital right now. There’s a reason for everything and we all need to remember that. Hopefully the roads will be open tomorrow morning so we can go home (my dad is already worried that they’re going to be iced over- it’s supposed to get down to 18 tonight). But darn it, I didn’t bring anything green to wear for tomorrow! SHOOT. I hope I don’t get pinched!

That’s my exciting news of the day – the part I’d like to share, at least. Unfortunately I was completely unlucky in Vegas and probably lost the most money I’ve ever lost out there. I just kept thinking, maybe this next $5 will win me something. Well, those $5 added up and nothing made it to my wallet. Darn.

Ok. Time to see what’s on TV here in Bellmount. 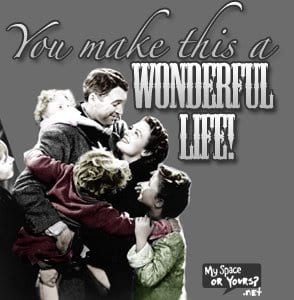 To all my friends and family: Here’s hoping I get to do this sometime this winter: Cute!!!: Please? And Happy Hanukkah! Seriously. Need. A. Drink. Merry Christmas 🙂 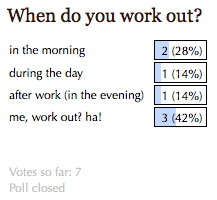 There wasn’t a great turnout for this week’s poll, because I’d like to think I have more than five people reading this! (One of those votes is from me and… 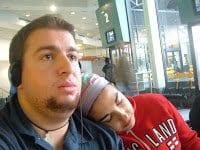 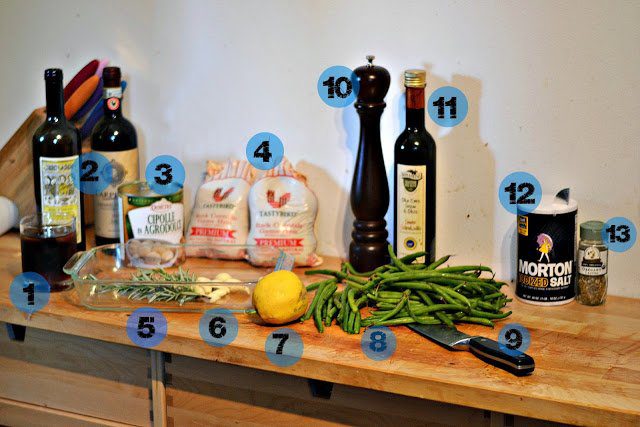 A few weeks before our baby was born, my husband said he was making dinner for me and that I could just relax on the couch until it was ready….

I debated pressing publish yesterday for a post I wrote for SpouseBuzz. But after some encouragement from some amazing friends I’ve never met (thank you, Twitter!), I pressed “publish” and…

Friends, I’m hanging my head in shame… Remember when I took a Wilton Decorating Class last year and showed off the cakes from the first two classes? Well, I just…