I think I may be in a fiesty, provoking mood today. And I think it started when I saw this white truck zooming down the street cutting people off and almost causing one serious accident – don’t people know you’re not supposed to change lanes in the middle of an intersection? Oh. A blinker would be nice, too. Anyway, I saw about four different people flip off this truck (the truck, mind you, had two teenager guys in it wearing all black [well, black shirts] and hairnets and were on their way to Del Norte High School…).

Right after this incident I started listening to The Peak where they were talking about this dumbass. He picked up a cardboard gun from the theater department and WALKED DOWN THE HALL WITH IT. Seriously. What was he thinking? Now he (his family?) is thinking of pressing charges, and the district court judge is calling it all an “overreaction.”

I remember where I was when Columbine happened and being afraid of going to school after that. I also remember the Virginia Tech Massacre and imagining that happen to my friends. You get any one of those students to give their opinion and I bet you $100 they’ll say his punishment (of being left in handcuffs three hours AFTER they found out it was a cardboard gun) was too harsh. COME ON! If they didn’t go to extreme measures and evacuate the school and keep him in cuffs there could have been a real disaster. What if he was just a decoy for someone else about to go on a rampage?

Ok. Which brings me to my third rant of the morning (and it’s not even 9:30 yet). I always read Duke City Fix when I get to work to catch up on what the people of Albuquerque are talking about.

Then I see a discussion by this guy about the United We Stand bumper sticker. The thing that irks me about this is are the comments from people on there making the bumper sticker political. They’re making it about the war and our president. Since this is my blog I can say what I think it’s about.

When I hear or see the phrase “United We Stand” I think of our troops. No matter where they are and no matter what they’re doing. It’s about the American people standing behind America. I remember seeing it for the first time after 9/11 and it brought chills to my spin. It was a slogan saying, “Okay, we had this huge disaster, but we’re going to get through it. Everything will be just fine because we’re here for each other.”

Why do people always have to make it political? He says in his discussion, “But what this bumper sticker is saying is that we all back our governments decisions 100%, all of us.” I see the slogan the way you see your best friend. She may be dating someone you don’t like or approve of (JUST an example, I like my best friend’s boyfriend!), but you’re going to support her and stand behind her. That’s it. It’s that simple.

I think I’m done for now.

It’s crazy to think that the wedding is less than 40 days away. I had my second fitting today and my dress is looking better. I’ve lost 3.5 pounds since…

EEk! Better late than never…here are my answers to Wife of a Sailor’s Friday Fill-in questions: What characteristic about yourself has either been strengthened or weakened due to your experience…

I’m in Cruces and after a fantastic night’s sleep I think I”m ready for a full day’s work. Emily was here when I got home, so it was nice having…

I don’t do heat. I just don’t do it at all. I shut down, it makes me crabby, and plus, I sweat* a lot; I’m just not a pleasant person…

If you’re starting to hear crickets chirping around here, you’re not alone. I made it to Arizona on Monday—my husband has training out here for six weeks, so I’m joining… 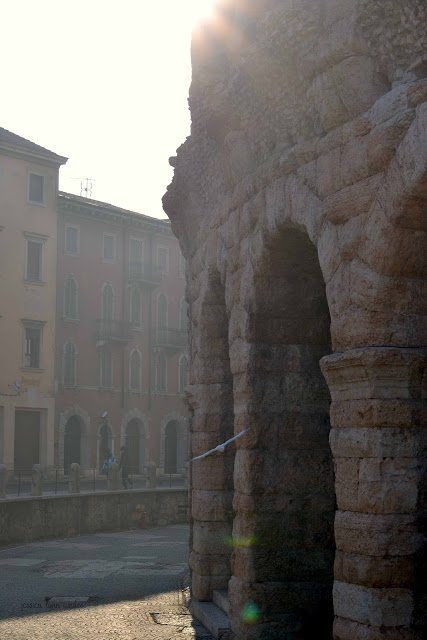 During the second half of our day in Verona we decided to venture into the amphitheater. Scratch that. My husband decided he would very much like to go inside and…