Ya know the saying, “No news is good news”? Well, I’ve always thought it was kind of a crappy way of being optimistic. It seems like it’s just sugar coating the fact that you haven’t heard from someone.

I hadn’t heard from Kenny for two days and now I know why. I got an email from him this morning and he’s fine – which is FANTASTIC, but the stupid plane he was on broke….while he was in the air. Ya know the story about the Qantas jet that dropped 10,000 feet? Basically something similar happened to him…I think.

In his email (which is why i know he sugar coated it, because he likes to protect me) he said they descended quickly, and all the emergency lights went on. It was bad enough to where they needed oxygen. Then I guess they were below 10,000 feet (where you don’t need oxygen anymore??), and took their masks off…only to smell smoke. So they dumped all their fuel and cut off all power – while they were still. in. the. air. AH!

Obviously he’s ok, since he emailed me, but AH! He always complains about how crappy the planes are, and it drives me crazy to know that he has to fly in them day in and day out.

So I don’t know how I feel about “no news is good news” saying.

Whew. He said he’d try to call today, so I really hope I get to hear his voice. Reading his email made me remember what he’s doing out there and that this is serious. UGH!!!

In other news (this is not as scary!), I am officially going to take up yoga. I’ve only taken it three times, and even though I don’t consider myself a “germ-a-phobe”, I couldn’t stand putting my feet and body on those mats they have at the gym, so I went out and bought myself a mat and bag. 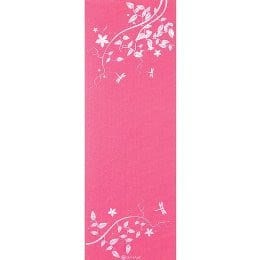 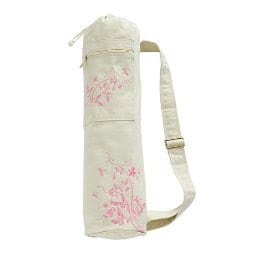 Anywho, I think they’re pretty, and I really do love the classes I’ve gone to, so I figure if I enjoy it and if I think it’s helping me deal with stress then I should put my all into it!

So that’s what I wrote yesterday, and he did end up calling me in the evening. He said he was good, but sounded exhausted. He had been flying for 22 hours. I can’t even imagine 22 hours on a plane, and he usually does 12 hours on a plane when he works. So tiring.