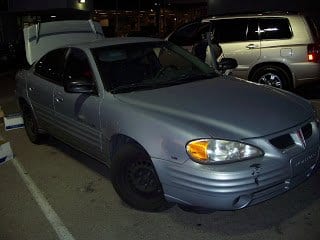 My lovely silver Pontiac Grand Am has slowly been kicking the bucket for awhile. So much so, in fact, that when I went to see how much I could get for it they came back with just five words: “Seven hundred and fifty dollars.” Wow. I had two broken windows (electrical problems) that needed to be fixed and that alone would cost me at least $700, not to mention the fact that it was due for some tuneups, an oil change, and just a lot of TLC.

My car was a ’99 and had close to 115,000 miles on it and boy did it live a very fulfilled and happy life on the road. But it was time to move on to something a little more safe, stable, gas efficient, and something I could enjoy driving for at least another ten years. So when my parents decided to head to the Toyota dealership in town (they, too, were looking for a car) I decided to tag along.

My dad ended up trading in his ’95 caravan: 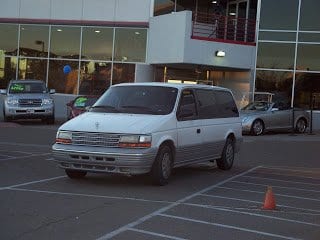 For an ’05 Toyota Highlander that looks a little something like this (*note* this is not the actual car, I just found a picture of a similar one online): 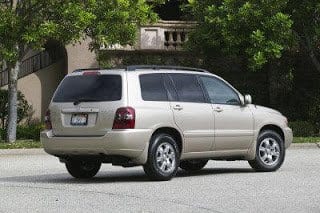 That mini van took us on a countless number of trips around the country and it will be missed.

So, while my parents were buying their new ride, I was out in the lot looking at this beauty: 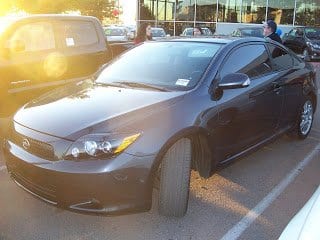 It’s a 2008 Scion tC and I can’t wait to drive it again. I’m sure I already mentioned this, but had I built this car from the ground up, not only would it have cost me at least $3,000 more, but I would have tweaked it to look just like this one. It’s a used car – it has about 20,000 miles on it – but it’s exactly what I wanted…minus the two-door factor. I love the color, tinted windows, alloy wheels (won’t have to worry about those babies falling off while driving!), two working windows, TWO (!) sun roofs, an awesome radio, cruise control, and on and on and on.

Here, take a peak into the newest addition of my family: 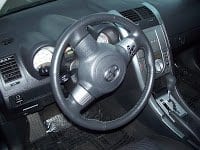 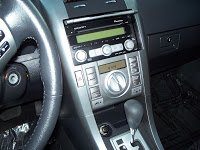 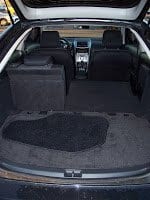 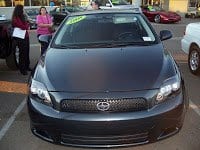 Ok, now I know this is REALLY geeky (again, we can blame Kenny for this), but on Battlestar Galactica (only the coolest sci-fi show ever) the “bad guys” are called “Cylons.” Now everytime I mention to someone what kind of car I drive – a Scion – I have to concentrate and make every effort to not say that I drive a Cylon. What’s even funnier is that Scion also makes a car that people call “toasters” because of their boxy frame. On Battlestar, a cylon’s nickname is a toaster. Get it?! Ah, I think it’s hilarious. 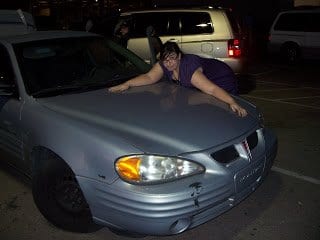 So even though I had to say adios to my loyal Grand Am, I’m pretty excited to start a new chapter in my life with this new (used) car. 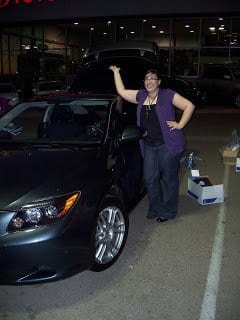