Ah, the military life. I’m still trying to get a handle on what it’ll take to be a military wife…will I ever fully get the gist of it?

Long story short: Kenny’s deployment got switched from this summer to the winter. This is sad news mostly because he’ll be gone for his birthday, Thanksgiving, Christmas, and New Years (which is also our three-year anniversary). If everything goes according to plan, he should be back in the States at least a month before our wedding.

He told me about the new schedule this afternoon and I was strong; I didn’t shed a single tear. In fact, I didn’t cry all afternoon! Until tonight when I thought of all the special days we’ll miss together. Such is military life. He was a sweetheart on the phone tonight and came up with all sorts of positive aspects of him leaving:

* He’ll do nothing but eat healthy and work out every day while he’s gone and lose another 30 pounds (hmmm…sounds like I’m the one who needs the “Deployment Diet” instead of him!)

* Since there’s literally nothing to do out there, he’ll be saving us money.

* My cell phone bill won’t be as high because we won’t talk as much.

* I won’t have to buy an outrageously priced plane ticket to Atlanta this Thanksgiving.

* I’ll be too busy planning the wedding to think about him.

* I can try my hand in the kitchen by baking new goodies to send him in care packages each week (okay, I thought of that one all on my own).

* He hopefully won’t be deployed again for at least a little while after we get married, so we can enjoy time together as newlyweds.

….um…yeah, those are all I can remember. And truth be told, I see the immediate downside to each of those points and they all start with me missing him. Oh, and as he was trying to be optimistic about this deployment my strength became weaker and weaker until I noticed a tear streaming down my face. Now they won’t stop falling. (The latest thing that turned my waterworks on again was me getting sad that we’re going to miss our traditional Callaway Gardens weekend.)

Nobody said this would be easy, but I really hope you guys will all be here for me, because I’m not just marrying the love of my life, I’m marrying the Air Force, too, and unfortunately they don’t care about feelings or “special” days.

Dear Gmail, Gmail, I love you. I really truly do. You don’t let me down by saying I’ve gone over my file size limit (hotmail), or sign me out every…

previous fridays 1. We go on a lunch date every week 2. You are holding me accountable with Weight Watchers 3. You scout for alligators when we drive along the…

Life is a fragile gift that’s too often taken for granted. My high school class of 2002 isn’t meeting for our 10-year reunion for another two years, but this morning… 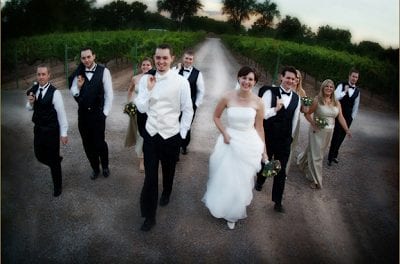 Picking a photographer was one of the first things we crossed off on our to-do list, but accomplishing it meant dealing with my first wedding headache. Jones Photo Art Because…

Last night I did something I’ve never done before. I stimulated our weakening economy by pressing a “submit” button. It was the hardest thing I’ve had to do in a…

1. You give me upside down kisses! 2. You made a scene at the restaurant with the straw 🙂 3. You requested my green chile chicken enchiladas for our trip…