My fiance is an avid reader of my blog, everyone say, “hi Kenny!” He’s also a little lot bit shy, so he’d probably never post a comment on here. I wanted to write about something—anything—tonight and his suggestion was simple: cigars.

Right. Okay. Write about something I really know nothing about. I can do this. My fantastic fiance is not a smoker, but after one tour in the desert he came back appreciating cigars; not only does he appreciate them, but now he wants a humidor that looks something like this: 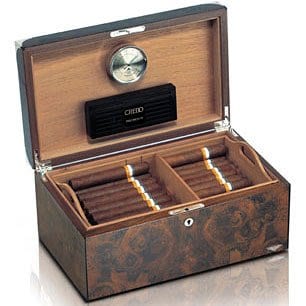 Here’s the thing though. It’s one thing if he smokes the cigars while he’s overseas during a deployment or if he’s at a bachelor party or a guy’s night out, but I don’t think I want that in my house. Sure, they’re just cigars and chances are he won’t smoke them all. the. time, but there’s always that possibility that it could lead to more smoking.

So when he says he wants a humidor, and even offers to build one himself, I have to pass on his idea and put my non-smoking hand down on this one. Am I alone in thinking this way?

The sun is out today and with it came a nice breeze. I’m wearing a short sleeved shirt and no jacket. This is the weather I like. I went outside…

For the past week I’ve been going in the mornings religiously to Defined Fitness, the gym up on Juan Tabo. Last night I didn’t have any money lto go out… 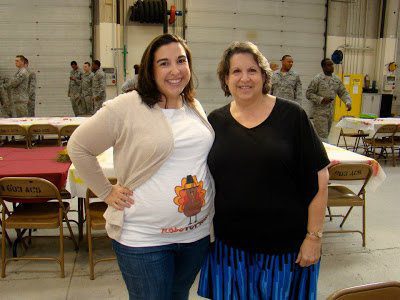 Talk of Thanksgiving is on everyone’s lips this week, which makes me so happy! I usually get tired of hearing about the same topic on every single blog I read,… 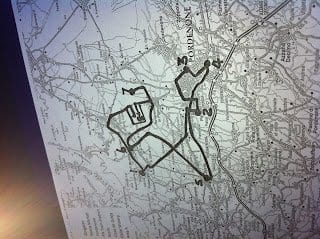 Last week my husband and I attended Right Start, which is a week-long program that introduces you to your new base. Basically, people come in from alllllll of the different…

previous fridays 1. You throw the best birthday EXTRAVAGANZAS in the whole entire world! Except for my mom, because giving birth kinda trumps that. But after her, you win!!! And…

I decided to take this past weekend off because I had friends in town from college, and my boyfriend came in for several days. I figured one weekend off wouldn’t…