*Caution! Put on your sunglasses, because there’s about to be a lot of bling*

A match made in heaven. No, I’m not talking about me and Kenny (corny, I know); I’m talking me and my soon-to-be wedding band. After Kenny so generously gave me my fantastic engagement ring I realized we’d need to get a wedding band to go with it.

But finding a matching band for a unique ring is harder than finding a needle in a haystack. I went all around town to different jewelry stores, but nothing seemed to be a band I’d want to stare at For-Ev-Er.

My e-ring has plenty of diamonds as it is (thank you babe!) and anytime I paired it with a band that had more diamonds it just looked a little too gaudy for my taste. I also didn’t like the way a band looked sitting next to it, because I personally don’t think they mesh together. 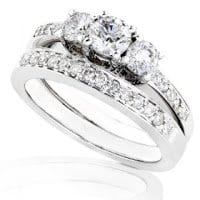 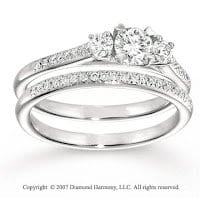 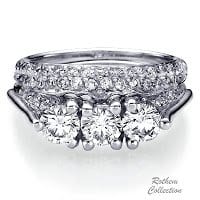 What if I got a custom-made band, something that would fit it perfectly. And that’s when I found Butterfield Jewelers, a family-owned-and-run jewelry business that’s been in town since 1928. I stepped foot inside their store and instead of some pushy sales person trying to sell me a band I didn’t like (i.e. most of the designs from above), he asked me what I wanted my ring to look like. Wow. There’s a concept! Ask the customer what she likes and wants. And that’s how I fell in love with Butterfield Jewelers.

It turns out that custom making a ring may cost even less than if I were to get a pre-made band. Seriously, how cool is that?! I met with their in-house jewelry designer and we went over some sketches for what I would like.

I’m TERRIBLE at drawing anything more than a smiley face, so to spare you my ugly drawings, here are some pictures I found online of rings that look like mine (some of them!) with matching wedding bands: 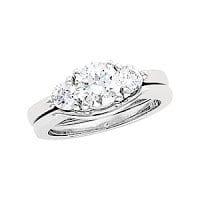 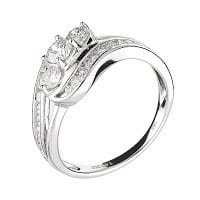 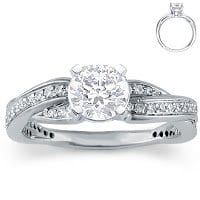 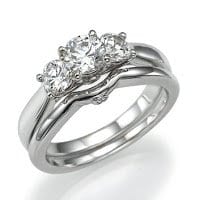 So what do you think of the above inspirations? I really like the ones that curve a little bit, but I don’t know how it would look with my three stones. Hopefully I can get the show on the road with designing this soon! I know we’re still seven months and a few weeks away from the wedding, but I want to get these finished sooner rather than later…just in cases.