Growing up, I was really never one of those girls who had her whole wedding planned out to the T. I know my fiance doesn’t believe me when I say that, since I’m such a hopeless romantic, but it’s true.

There are only three things I knew I wanted included in my wedding that came before I met my groom:

1. I want to walk down the aisle to a single violinist playing Pachelbel Canon in D 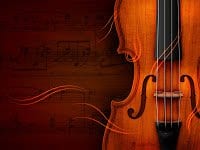 2. There will be cupcakes to munch on.

3. I’d like to have a photo booth for some added excitement! 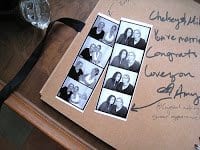 I’ll get to the first two must-haves later, but for now I’m stumped on what to do regarding the photo booth.

Basically, I have two options:

Spend a little less than a grand and rent an actual old-school photo booth
or
Take my photographer up on her offer to set up a “photo booth” for no extra charge.
Here are the pros for renting through Photo Booth Rentals of New Mexico: 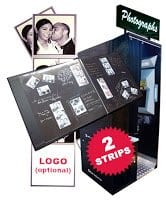 *Someone comes with the booth, sets it up, and stays with it the entire time.
*Unlimited (double) prints can be taken
*A scrapbook is provided so guests can leave one set of their prints in the book and leave a message next to their photos.
*A CD is included with all pictures
*The photos would double as favors

Here are the pros for having Kim set up shop:
*It’s included in our wedding day package (translation: we don’t have to pay more money!)
*More people could be in each picture.
*Her photos rock: 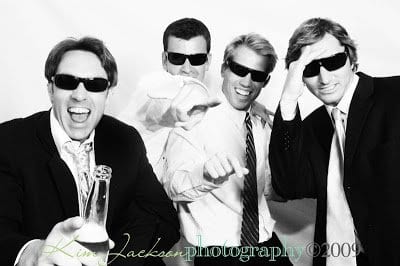 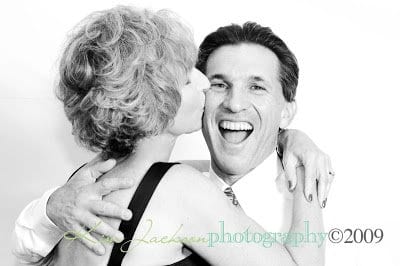 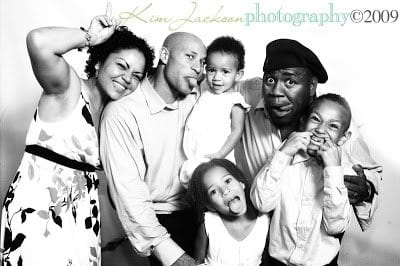 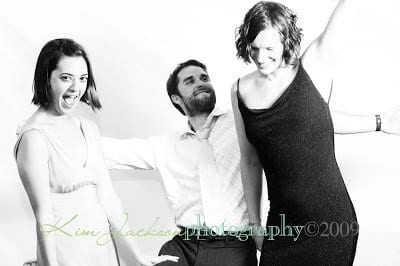 and the cons:
*There’s no instant gratification for our guests, they’d have to get online after the wedding to see the pictures
*I’d have to still spend money and figure out what type of favors to get
*There’d be no scrapbook for them to leave us a message next to their photo

While I probably won’t post my decision on my blog till after the wedding—I need to keep some things a somewhat surprise!—I’m very interested in what you guys think, because Kenny and I are having a hard time making a decision.