Since I was having an extremely lucky shoe day, I also managed to pick up my reception shoes. (Yes, I will most definitely be a two-shoe bride!) After hitting up Shoes on a Shoestring and buying my new heels, we went to Target. And that’s where I found (and bought) these: 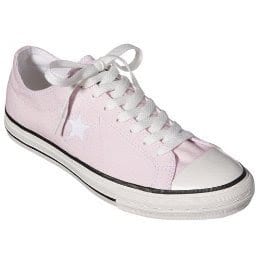 Target Converse One Start
You see, while I’m a girl who loves shoes, I’m also a thrifty gal who can’t tell the difference between Milanos and Nine West or Jimmy Choo and something from Payless. I know, I know, it’s probably fashion 101, but I prefer things that are comfy and things that won’t set me back a paycheck, and if that happens to be a $10 pair that fits then that’s a-okay with me.

Originally I had planned on just getting a pair of flip flops or dancing barefoot at the reception, but then I remembered that we’re getting married in the dead of winter and having “real” shoes may be a good idea in the end all, be all of things. Besides, Kenny loves Chucks, so when I saw those I just had to have them. This pair set me back $30, but I have a feeling I’ll wear them again.

And as always, they’ll make for some pretty fantastic pictures: 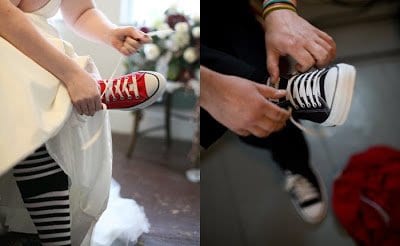 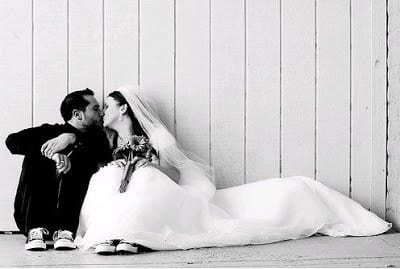 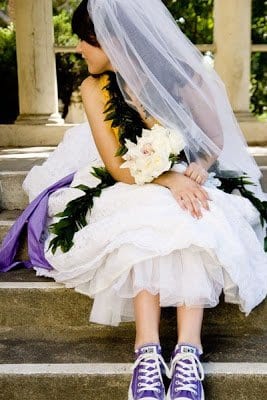 So what do you think? Now I’m trying to decide on if the boys should sport some Chucks, too, but there will be more on that later…