It’s been awhile since my last post, which is a good thing when you’re on vacation! It turns out that I’m absolutely going to need a vacation from this vacation, so it’s a durn good thing I’m going to Red River, NM three days after I get back. Ah….mountain air 🙂

Anyway, I’m sure you want to know more about London and less about my next trip! Yesterday I think I walked easily over at least four miles and thankfully there was barely a cloud in the sky.

I started out at Waterloo (I even listened to the Abba song while I went through Waterloo!) and when I came out I was pretty much in front of the London Eye – a giant carousal-type ride. I’ve been on it before, so I decided not to spend the money for it again.

Instead, I walked…and walked, and walked, and then walked some more. I tried to get this map the closest I could to where I went, but it wasn’t working for me.

Basically, I walked along South Bank, which was right along the Thames River and led me from the London Eye to the Tate Modern Museum (they didn’t allow photos inside, but just imagine weird things thrown together and then calling them “art”), through Bouroughs Market and City Hall, and then to the Tower Bridge and the Tower of London.

Here are some of my favorite pictures from along the river: 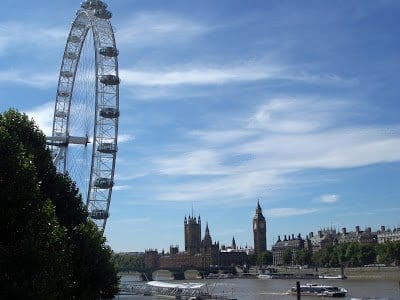 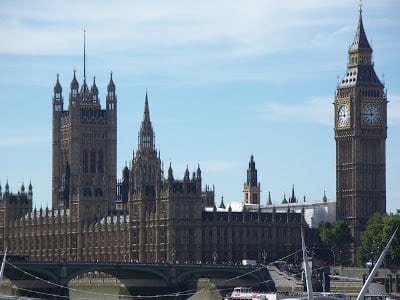 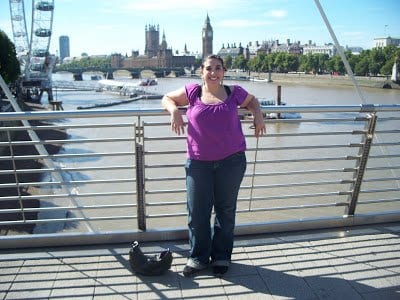 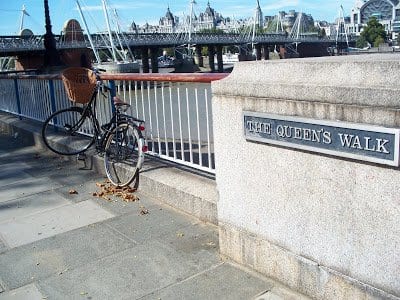 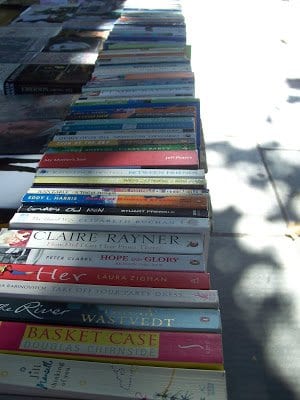 There’s a used book sale going on every day! (And yes, I absolutely, 100 percent, judge books by their covers…just sayin.) 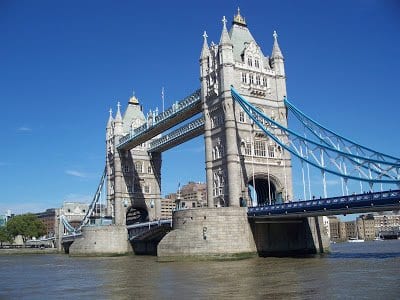 Tower Bridge, not to be confused by the London Bridge. 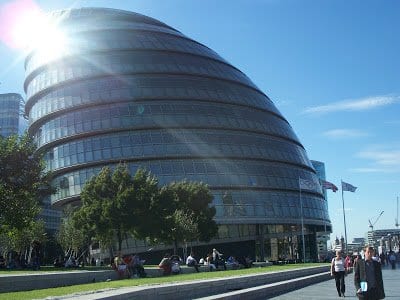 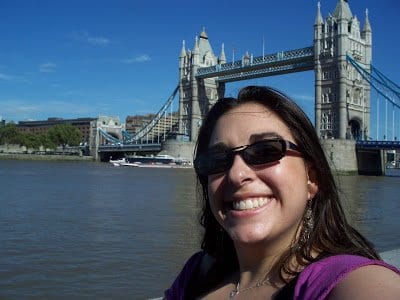 Don ‘t let the smile on my face fool you, by this time I was exhausted. I made it over the bridge and admired the Tower of London from afar. I could’ve gone in, but since I’ve “been there, done that” I moved my day along.

I took the tube from the Tower of London to Trafalger Square. I went into St. Martin in the Field’s (a church that also has a cafe in the crypt!) for my grandma and then traipsed around that area for awhile. I started wondering around till I found Buckingham Palace and St. James’ Park. 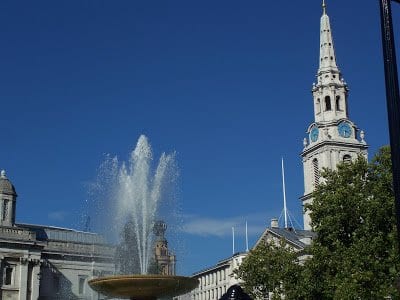 Made it to Trafalgar’s Square! But I had to sit down and rest, so while I did… 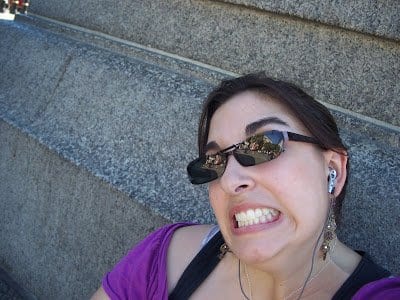 I took a funny picture of my self… 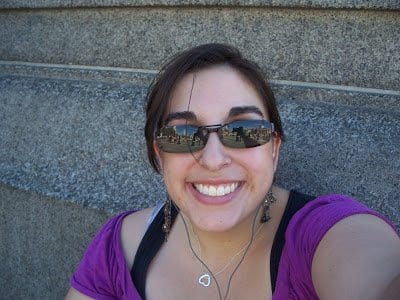 And then I took a nice one to make up for the scary one. 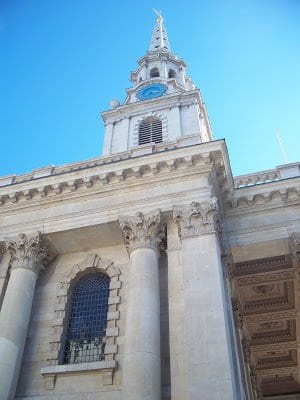 St. Martin in the Field’s 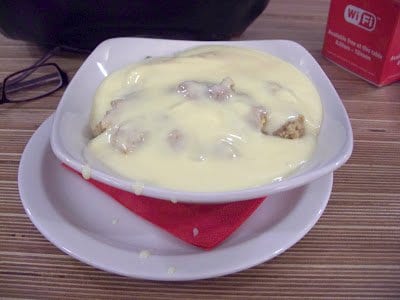 An apple crumble with custard…mmmm! I only ate around a quarter of this – there was SO much! – and when the girl took it away she asked why I didn’t like it. Sigh. 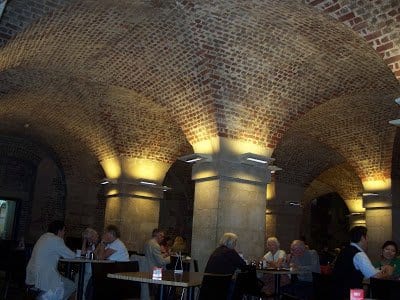 Dining in the crypt. 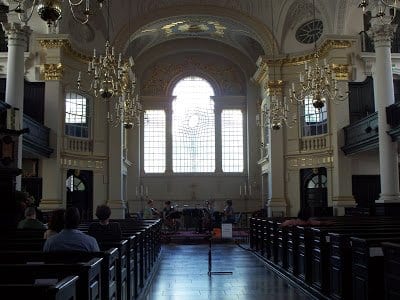 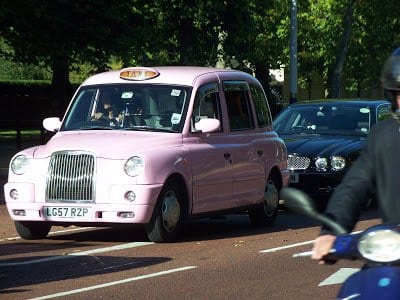 A pink taxi! This reminded me of those Mary Kay cars we have in the states. Too funny. 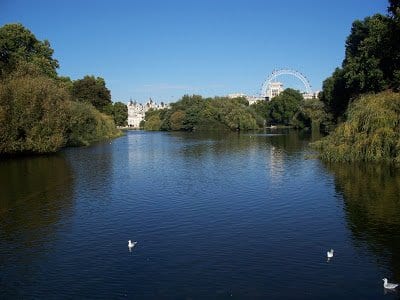 My favorite view/place in the city. LOVE it 🙂 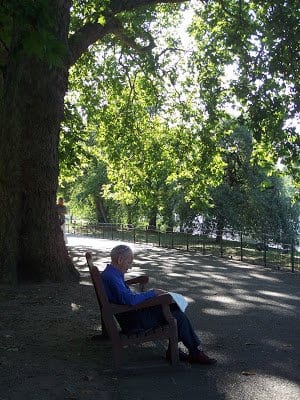 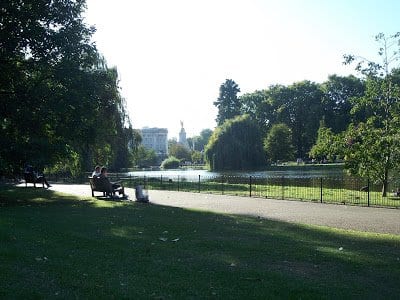 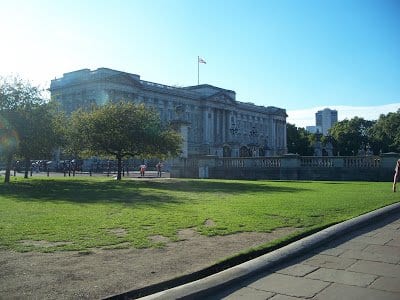 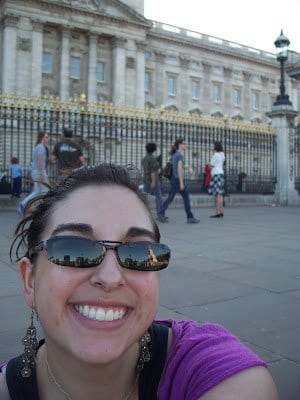 Me at the palace 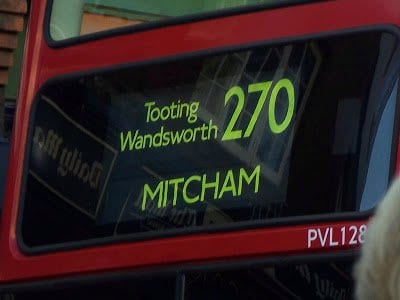 Saw this on my way back to the flat where I’m staying and I just had to laugh. What a way to end the day….”Tooting” 🙂

And I’ll leave you with one more (okay, two more), because I love it just as much as I did the first time I took it. Four years ago my brother took a photo of me when he came out to visit me, and I loved it so much I had someone take another picture of me. 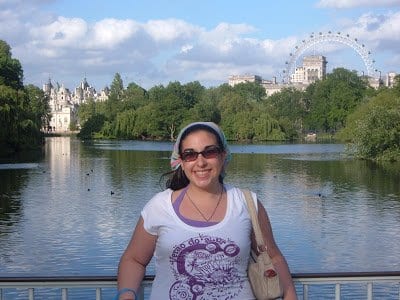 and now the one from yesterday: 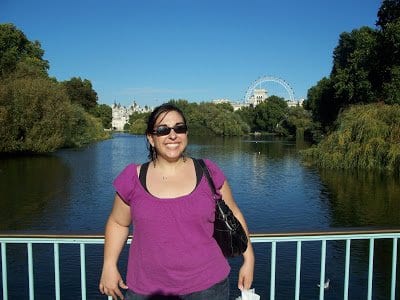 I hope you enjoyed the photos! There are TONS more where these came from. I took more than 100 pictures yesterday! Check out the gallery (link below) for more pictures and read the captions for descriptions.

Today I’m off to see Wicked (got a very cheap ticket on www.lastminute.com!) and then I may head into Camden Market. After that I’m meeting up with my friend Kat and her boyfriend Dave for dinner and The Comedy Store.

(I started a photo gallery of pictures I’m taking from this trip. You can see those here: United Kingdom 09 and I’ll update that gallery as I can. *New photos start on page 10*)