I turned over and reached for my phone, hoping to “snooze” the alarm that was buzzing and vibrating a little too loud for my peaceful sleep. Unfortunately, once an alarm like that goes off I’m usually awake. It was 5:30 am on Wednesday morning in New York City and I had spent the previous two days at an exhausting workshop; the last thing I wanted to do was wake up early, especially when I could hear the pitter-patter of rain hitting my window.

I reminded myself that I had no idea when I’d be back in Manhattan again and I didn’t want to spend my last day sleeping. With that in mind, I quickly got dressed—an outfit fit for spending the next several hours outside in the rain—I didn’t shower or do my hair, because I was planning on walking a mile and a half to my destination, and with the rain I knew I’d just get gross all over again. 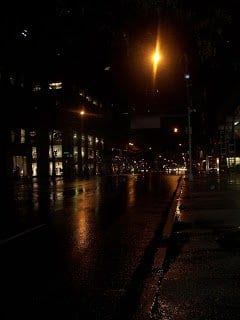 Fifteen minutes after the alarm buzzed I was out the door with my red polka-dot umbrella shielding me from the rain. On the way to the Good Morning America set I stopped and grabbed a bagel from a street vendor. The streets were deserted that early in the morning—a sight I never thought I’d see in New York City—but it made for a pretty fast commute.

When I got to Good Morning America on 44th Street and Broadway I expected to stand outside for the duration; the website says you can only go in if you have a reservation and a ticket…I had neither. By some chance of luck, there was a sign on the door that said during the month of October visitors don’t need a ticket, anyone is welcome. That was a-okay with me.

I made friends with the people in front and behind me in line and while we were getting antsy to head inside (and to get out of the rain), I offered to hop into the Starbucks nearby and buy everyone a coffee. Little did we know that five minutes after I got back with our hot drinks, we were allowed to go inside, sans the coffee. I guzzled down my double shot vanilla latte like it was an ice cold drink, and headed into the studio. 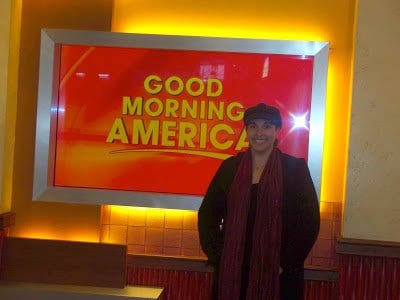 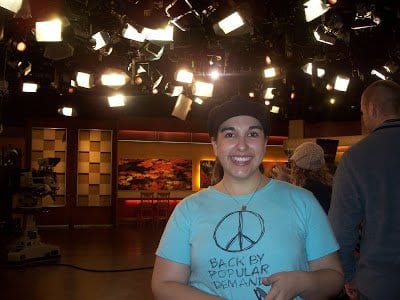 Surprisingly there weren’t very many of us in the audience, I think it was because of the gloomy weather outside. I took some pictures while I waited for the real reason I was there, to catch a glimpse of McDreamy: 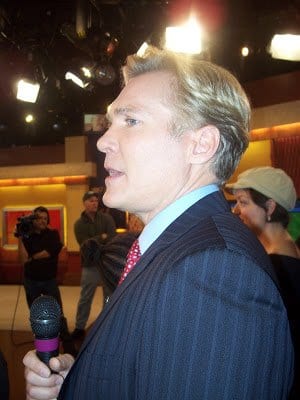 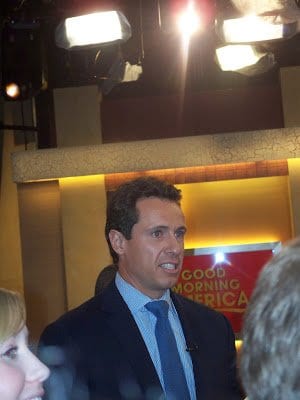 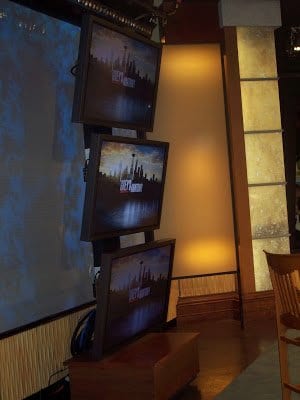 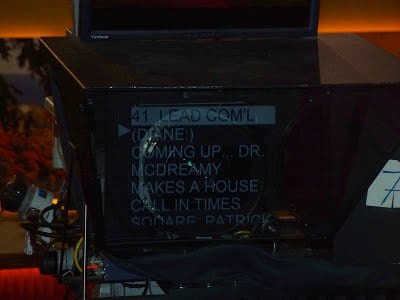 And then I got more than I bargained for. Patrick Dempsy stepped into the studio and was 10 feet away from me during the entire interview. We weren’t allowed to take pictures while the camera was rolling, so I tried to snap a few before and after. (I apologize for the terrible shots, I was a lot more nervous and excited than I thought I’d be.) 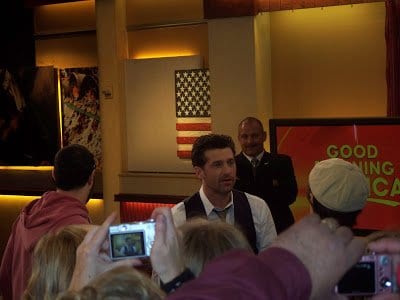 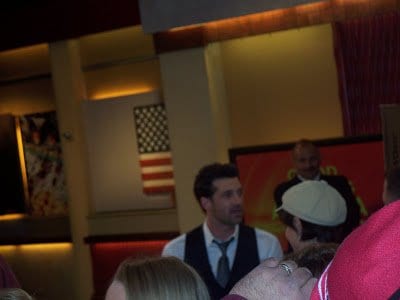 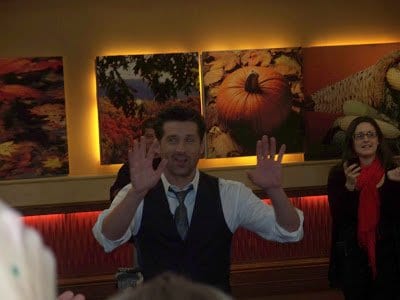 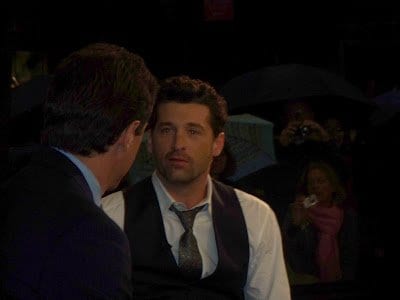 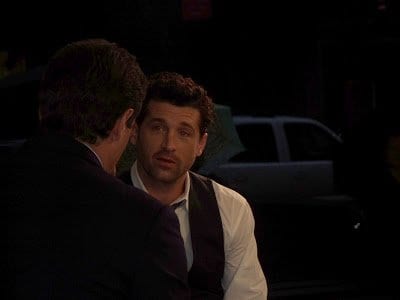 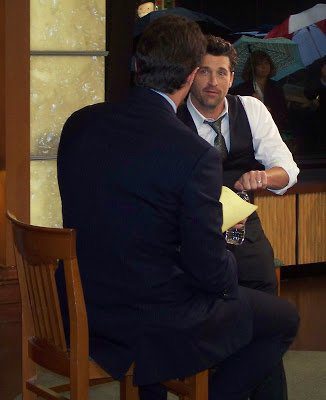 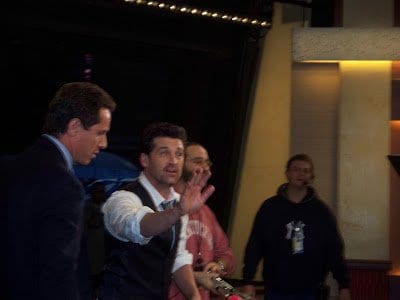 Kenny, disregard this next sentence, please. McDreamy was absolutely 100 percent more gorgeous in person than he is portrayed on television. Seriously.

Next up was Reese Witherspoon. I don’t know how I managed to be up front for both interviews, but I was and being 5’2” I was incredibly happy I didn’t have to stand on my tippy toes to see these stars. Reese seemed as charming as she does on the pages of magazine. She is also the tiniest human being I’ve ever seen in real life. I’m not kidding when I say her thigh is probably as big as my forearm. She was also wearing at least four-inch heels and with that extra eight she still looked teeny. 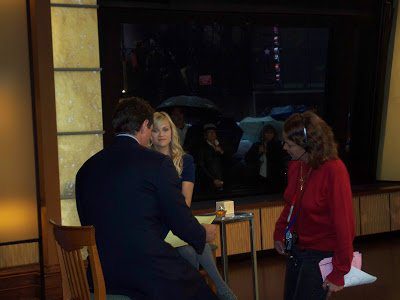 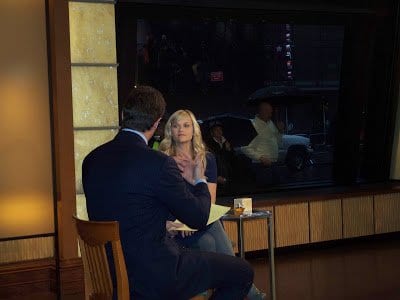 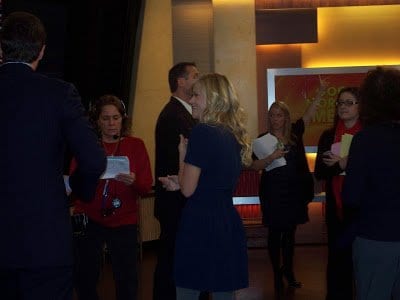 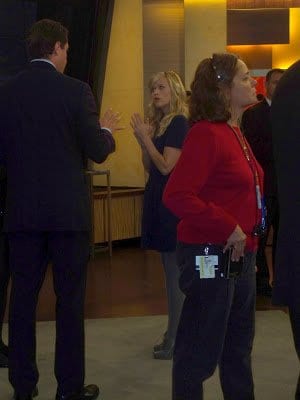 We had to stick around for the entire show, which turned out to be a good thing, because I got a picture with Diane Sawyer and Chris Coumo, two people I see every morning on TV (Robin Roberts was “on assignment.”) 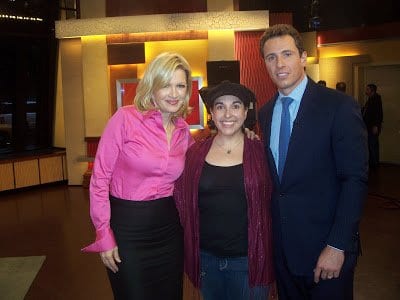 The rest of my time in NYC was a blur, filled with more rain, soggy shoes, and more walking, but I’m definitely happy I got up when I did so I could see two of my favorite movie stars.