Now that you know what our guests and bridesmaids will be walking down the aisle to, I guess it’s my turn. Ah, my moment. The moment.

I can only dream of what it will be like when I walk down to this song and see my future husband waiting for me (and to be honest, just thinking about it gets me all misty-eyed!). I have no doubt that it will be a walk to remember.

Picking my song goes back years and years and years ago. Eight years, to be exact. In 2001, a year before I graduated high school, I took a school trip to Europe. Taking that trip was extremely influential in the reason why I ended up going back to England to study there for a year. And as it turns out, without that trip I may not have found my wedding song.

At the time, I was sure I would die an old maid and would never have any prospect of ever getting married. (Hey, the 17-year old me was very much a romantic, but was also very much alone.) But one night, while we were in Florence, I was walking along the Arno river and I heard something.

I heard the following song (please, please, please listen to it while you read the rest of the post, and then continue listening to it till it’s over!):

Now remember, I heard this long before Kenny and I met, and long before I ever thought I’d actually get to use it at my very own wedding (see above mention of me being unlucky in love while growing up).

I started following the music around the little piazzas in Florence, and as the music began to climax, I distinctly remember almost running around the small town’s labyrinth, trying to find the quartet that was playing somewhere. I had no idea what the song I was listening to was called, but as dramatic as this sounds, I felt like I was being drawn to it.

And then, with my heart beating fast from walking around, I turned the corner and saw the maker of the music. It was one solo violinist.

personal photo circa 2001
I have no idea who this man is, but the acoustics from where he was playing made his one instrument sounds like an orchestra. I made it in time to hear him finish the song, and when it was over I distinctly remember wiping a tear from my cheek.

And remember when I said I didn’t know what the song actually was when I heard it? Well, low and behold, on that same trip I walked into a small boutique in France and saw this tiny little music player. They had a whole bunch of them sitting there for sale, so I listened to all of them and it turns out they had the song I had heard days earlier. I didn’t buy many souvenirs for myself, but this one was a keeper. 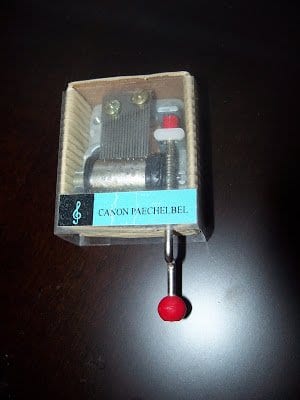 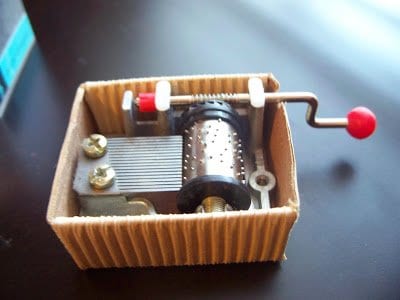 It’s so tiny that I put a saltine cracker next to it so you could see the actual size: 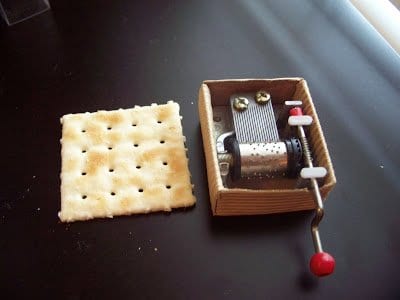 Someone once told me—before they knew this would be the song I’ll walk down the aisle to—that Canon by Pachebel was so boring for weddings these days, because everyone has it as their song. Well, it may be a cliche and overplayed wedding song, but hearing it fills me with exuberant joy and excitement, and is one of the most beautiful songs I’ve ever heard played.