Skip to content
Fact: When I was younger I accidentally put salt in cookies instead of sugar.
Fact: I love apple pie and cupcakes equally. They’re the best desserts on earth.
Fact: I really like to cook, but baking still slightly terrifies me (see first fact).
Fact: Yesterday was the first day I made something—from scratch!—all by myself in the kitchen.
Fact: I truly believe these Apple Pie Cupcakes will be waiting for me in Heaven. 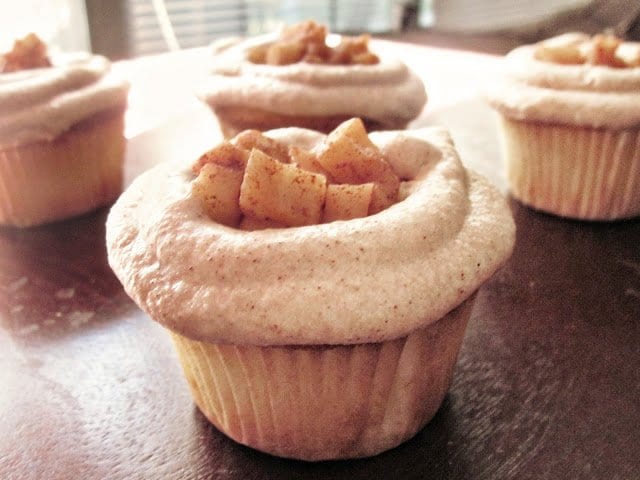 I’ve had this recipe bookmarked for ages and finally had the perfect excuse to make them. A friend of mine recently had a baby, then had gallbladder surgery a few weeks later. Needless to say, she’s been in a lot of pain and could use a little cheering up. On top of that, some of my girlfriends and I got together last night and we were all supposed to bring over some “fall treats.”
While I’m confessing things, I actually only ate one of these cupcakes and it was so unbelievably scrumptious that I physically had to give the rest away. Why did I only eat one if they’re so great? Well, they’re not very Weight Watcher friendly (5 points for cupcake and 7 with frosting), and I’m trying extremely hard to get back and stay on track this time around. But with that said, I’ve heard nothing but extremely rave reviews about these sweet treats, so I thought I’d share them with you. And stay tuned; I’m going to make a lightened-up version of these, because I need these in my life.
Apple Pie Cupcakes
from Annie’s Eats 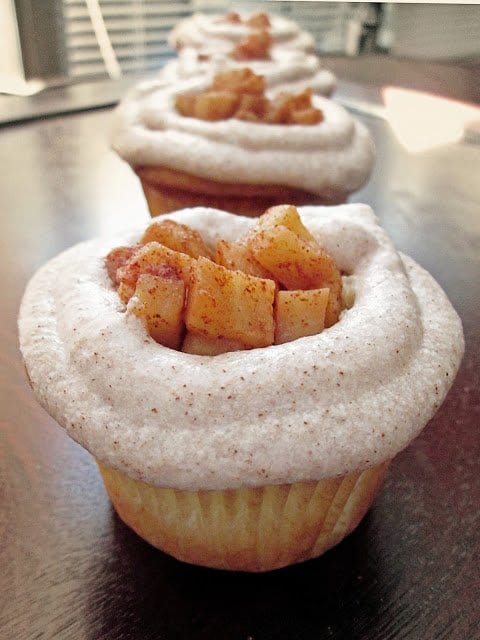 Divide batter evenly among cupcake liners, filling about 2/3-3/4 full. Bake until golden; about 18 to 22 minutes. Remove from oven; cool for 5 minutes in pans. Transfer to wire racks; cool completely.

Apple filling: heat butter in medium skillet over medium-high heat. Add cinnamon and sugar; cook for a minute, until mixture begins to bubble. Lower heat to medium; stir in the apples. Mix well. Cook until apples are somewhat tender, about 10 minutes. Remove from heat and let cool.

While apple mixture cools, use cone method to remove a chunk from center of each cupcake, leave a rim around the top of cupcake. Fill holes with cooled apple mixture.

Frosting:
Beat butter in a stand mixer until smooth.  Add 4-5 cups confectioners’ sugar, milk and vanilla.  Beat until sugar disappears.  Add more sugar, by 1/2 cups, until desired consistency is reached. (For a stiff buttercream, use close to the max- 7-8 cups).  Beat in cinnamon.
Enjoy.
*Seeing as how this is one of the few times I’ve actually used real butter in a recipe, I’m joining up with the Holiday Recipe Exchange. Come join the fun at My Baking Addiction and GoodLife Eats  Holiday Recipe Swap sponsored by Kerrygold.* 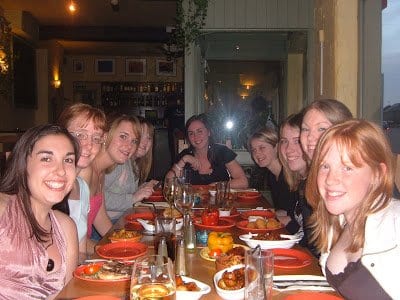 I realized I never fully explained why I’m skipping over to the other side of the pond in just 18 days (WHOA! EIGHTEEN days?). A long, long, long time ago—four…

1. You called me “Sniggles,” which made me giggle.  2. You practically devoured the tiramisu I made for our guests. I’m sorry I made you stop eating it. 3. You…

previous fridays 1. You know exactly how to react when I start freaking out about something. 2. Our Thursday lunch dates rock. 3. You had a proposal for me that…

Today marks the nine-month mark. Yup, in 276 days we’ll be tying the knot! I made a to-do list of all that I could think of that I need to… 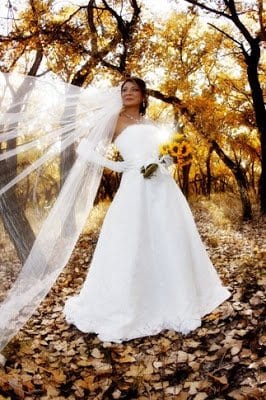 I think I completely skipped over the part of how the Kenny and I came up with our wedding date. The long story short is that the United States military… 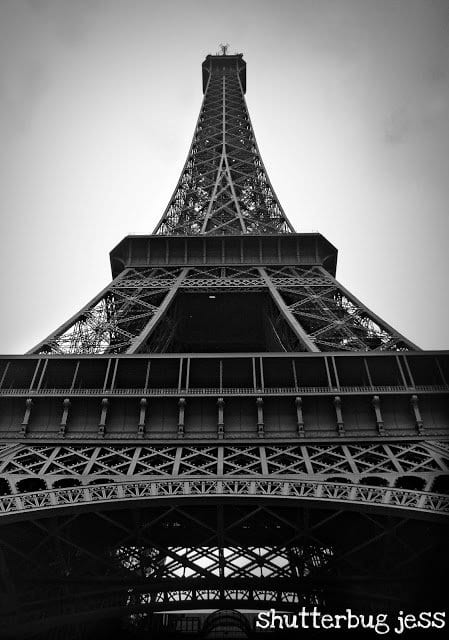 Tomorrow morning my husband and I are driving to the Marco Polo airport in Venice and flying into Paris. Not only is it his birthday tomorrow (!!!), but it’s also…