My grandma is pretty much the most adorable woman you will ever meet, and I’m not just saying this because I know she goes all the way to the public library just to read my blog. (Hi, Grandma!) I’m saying it, because she really is freaking awesome.

Examples of how she’s awesome: she loves traveling—especially overseas (there’s no question where I got my wanderlust from!), she’s supportive with everything I do, she’s extremely active and probably has more friends than I do (totally not exaggerating), she calls regularly to chit chat and—perhaps the best example of how she’s awesome—she sends us snail mail alllllll the time.

Snail mail is pretty freaking fantastic in and of itself, but when it’s from your Grandma it’s much, much cooler. There’s nothing like sifting through all that crappy junk mail and bills on a hot summer day and seeing your name hand written on an envelope. Knowing someone took the time to write you, licked and stuck a stamp on an envelope, and dropped it in the mailbox is like seeing sunshine on a rainy day. Nine times out of ten, our snail mail is from her, and the best part is that she always sends something cool! 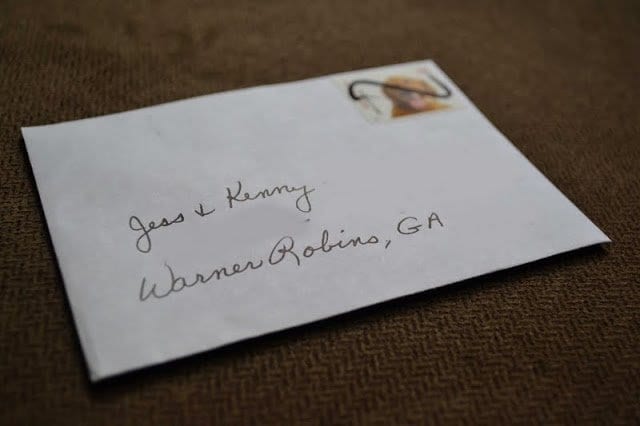 Sure, it looks like the front of a normal envelope, but once I opened it up I saw this: 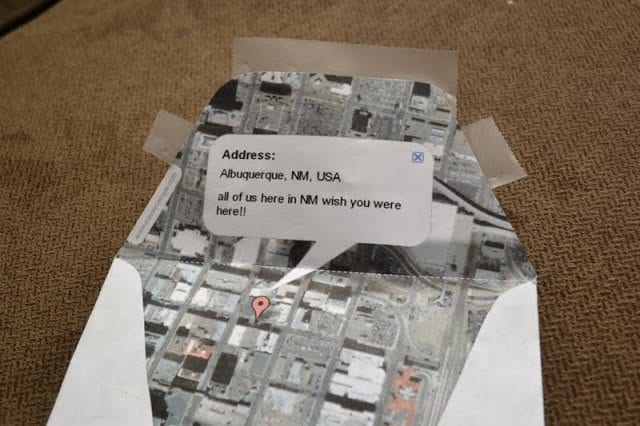 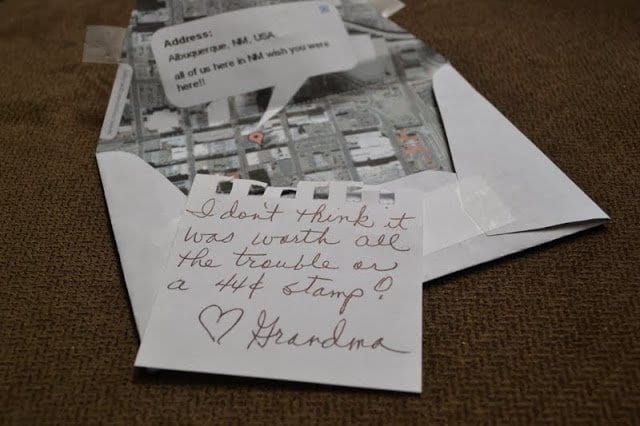 Too cool, right?! And absolutely worth the 44 cents. She printed it from a place called Map Envelope, and I’m sure she read about it originally from a magazine. (See? Magazines are nowhere near dead!)