Skip to content
This post is part of my wedding recap series. Missed something and want to catch up? Click here for links to past “Together at Last” posts. 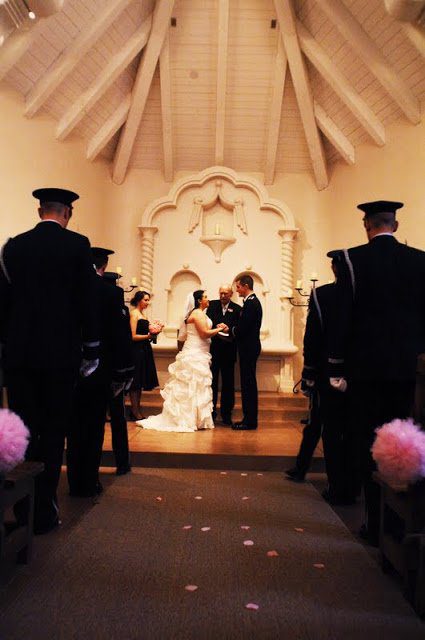 Pastor Moore: “Now, by the authority that has been vested in me. And with great joy and pride, in the name of the Father, Son, and Holy Spirit, I now pronounce you husband and wife!”

Kenny, would you honor your bride? 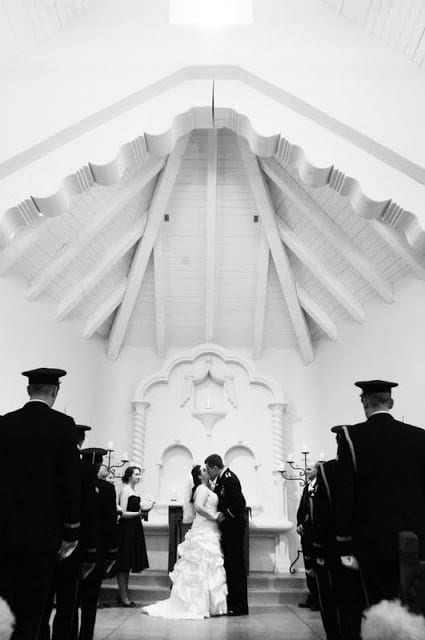 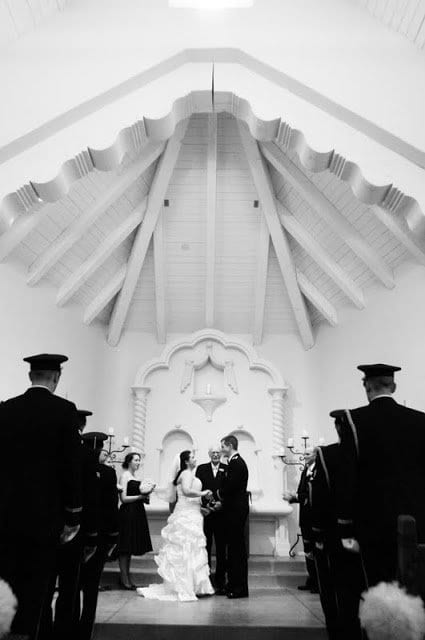 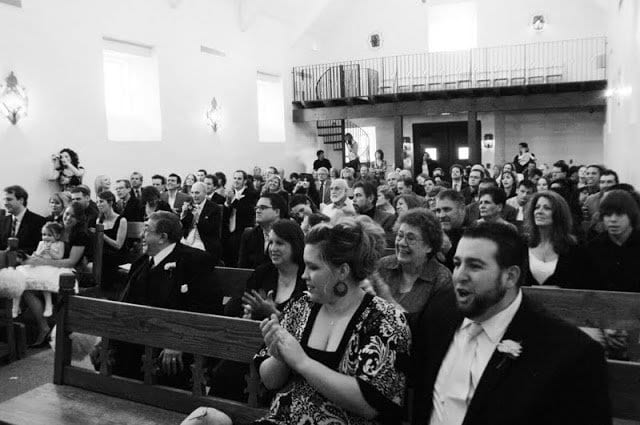 The feeling I had when I heard, “I now pronounce you husband and wife” was almost indescribable. The entire ceremony flew by incredibly fast, but towards the end I noticed the Air Force Honor Guard walking down the aisle in perfect formation. 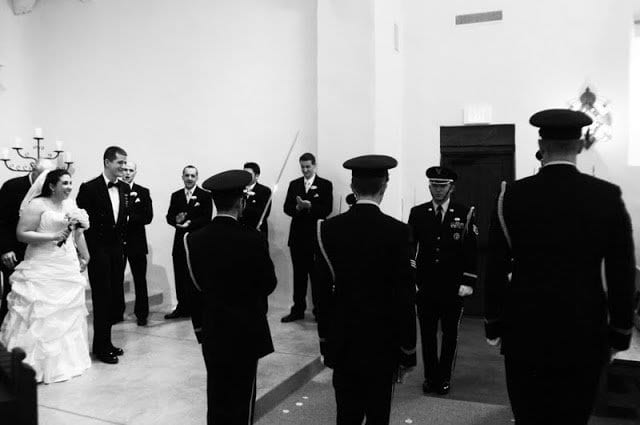 I remembered that they would be there, of course, but in that moment I felt like I was floating. Their timing was perfect, because they reached the front of the chapel just in time for our kiss. As Pastor Moore pronounced us as a married couple, the honor guard swiftly raised their sabers, allowing us to walk underneath their arch. 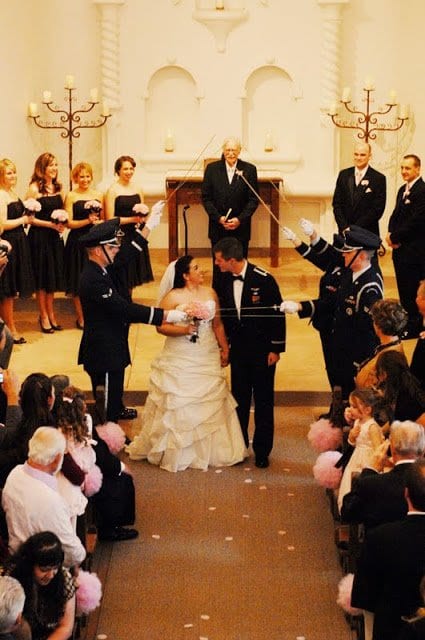 As we walked, the saber bearers lowered their swords and detained us until we kissed. They released us, only until we took another step and reached the next pair of sabers where we repeated our kiss. 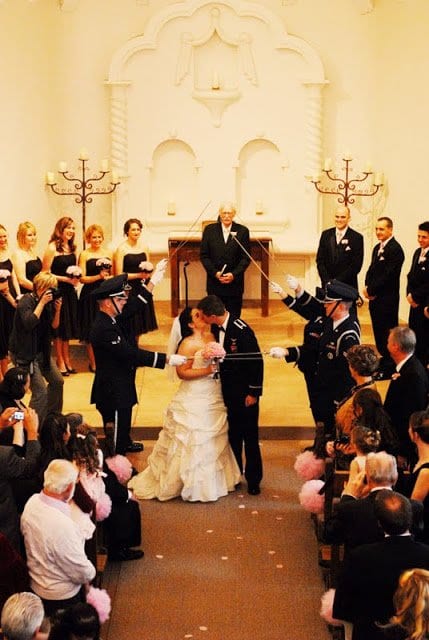 At the very last stop they requested yet another kiss, but just as they released us to continue on our way, the last saber bearer gently swatted my behind and said to me, “Welcome to the United States Air Force, Ma’am.” 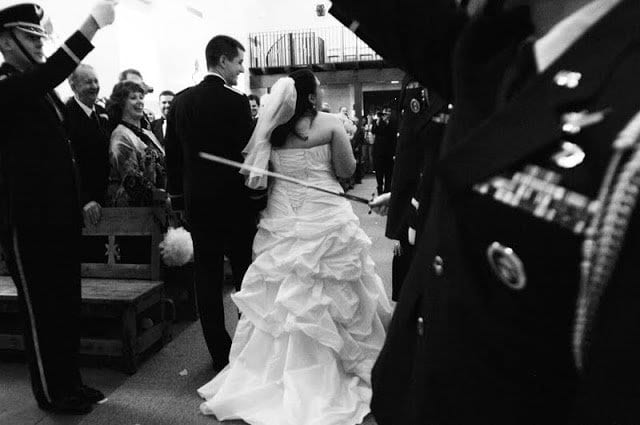 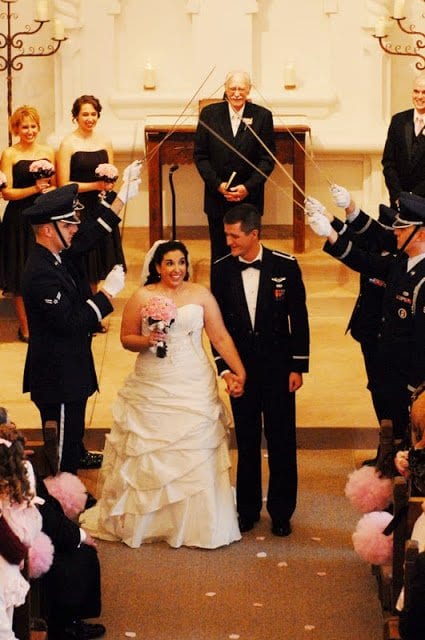 If I weren’t so gosh-darn, overwhelmingly giddy, I would’ve cried right then and there. 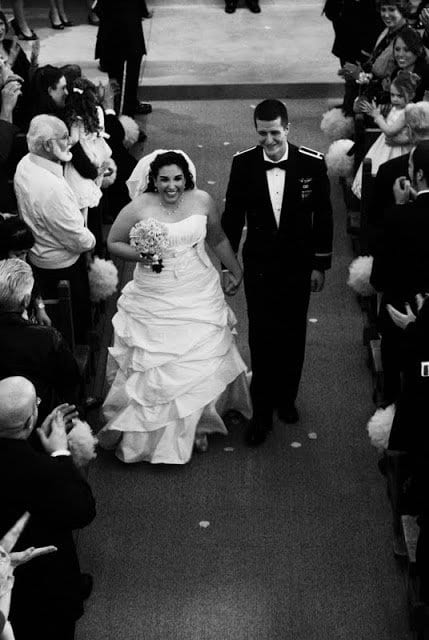 It was at that moment when I realized that I was no longer a girlfriend or fiance, but had finally made the long journey to becoming his wife. 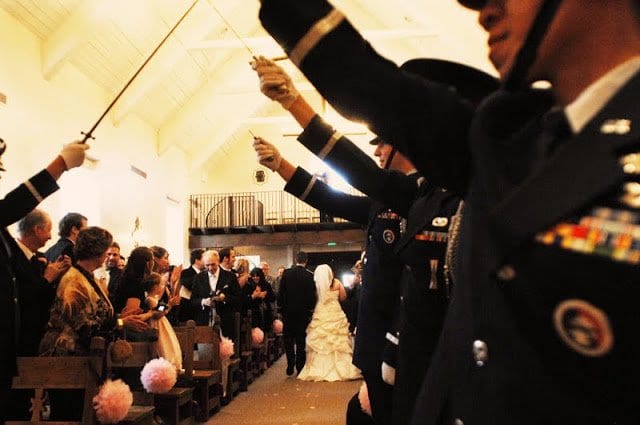 We were, finally, together. Husband and wife!