Last week the movers came. Goodness gracious, was I nervous; I had no idea what to expect and was flustered, anxious, and seriously felt like I was losing my mind. Trying to prepare for something you’ve never done before, but have only heard about is really hard. Seasoned military spouses shared their stories—the good, the bad, and the ugly, all of which made me even more antsy for the coming days.

So I decided to do something…I recorded our moving experience to hopefully help ease the minds of other overseas PCS newbies. As always, remember that this was just our experience and I have no idea if this was even a typical move.

What I do know is that moving is exhausting. Even though we didn’t do any of the actual physical moving last week, I’m emotionally and physically burnt out from the prep work and drained from knowing what a huge life change we’re embarking on.

As far as prep work goes…

We spent several months and weeks going through our house and getting rid (sold and donated) of tons of things. If we didn’t need/want it anymore, we got rid of it. Once we went through the house once, we went through it again. It felt good knowing the things leftover are the things we want to take with us for the next three to four years. Don’t get me wrong, we still have just as much junk as the next family, we just have a little less now.

When you move overseas you have the option of three separate moves. One is for ALL of your stuff. The next one involves a completely different moving company, who will move 1,000 pounds of unaccompanied baggage. The final move, with yet another moving company, will move things into a storage facility here in the states. It’s up to you if you want to use all three of these moves. We chose to use all of them and I documented the first for you.

Since we were using all three of the moves we separated everything as much as we could. We had a separate room just for our storage items, another area just for the 1,000 lb stuff, and and our garage was also separated for their respective movers. The moving companies thanked us over and over for being so organized.

Our house was in no means clean when the movers arrived, but it was organized and things were pretty much put away, but nothing was packed. As a new military spouse, this was a hard concept to overcome. Don’t pack anything—they will pack it all for you. If you pack something they just have to open, unpack it, and repack it. Weird, right?

Okay, enough writing, here’s a video if you want to see what it’s like. Fair warning, it’s a bit long, but hopefully it’s beneficial. I think I need to change some setting on the camera, because it seems blurry and dark. Hmph. 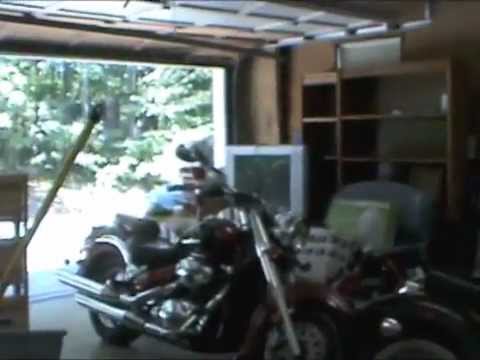 Oh, and when I talk about the hangers in the closet, I’m referring to this post, just so you know 🙂

So that was our first day! I’ll share days two and three with you soon (and don’t sorry, the videos are much shorter!).