Last month I had the opportunity to experience Carnevale in Venice with a couple new friends. Melissa from New Girl on Post and Annie from Blond Glambition invited me to tag along for the last day of the festival. Despite feeling awful (I was still sick at that point) and looking horrendous, I obliged.

Honestly, I almost didn’t go and then immediately kicked myself for contemplating backing out. How could I not go? Venice is an hour away and people literally spend thousands of dollars to see this in person. As soon as that thought popped into my mind I threw on random clothes (hence looking horrendous) and literally ran out the door. But the running didn’t stop there. I plugged the train station into my GPS and saw that I’d get there five minutes before the train departs, and I still had to buy my ticket! AAH! I somehow channeled my inner Italian and made it there with 10 minutes to spare—take that GPS! The parking lot I usually park in was full, so I had to park about two more blocks away and then high-tale it to the station. I really didn’t think I was going to make it. Once I got there I stood in line (thank goodness, because I needed to catch my breath), bought my ticket, and then made it to the train seconds before it departed. Talk about an adventure!

Judging by the volume of people on the train, I wasn’t the only one who decided to squeeze Carnevale into the very last day.

On the train ride over I thought about
Venice and all the images that typically come to mind. There’s the complex maze of canals, gondoliers in their classic
black and white attire, the labyrinth of tiny passageways, and then,
last but not least, I think of masks.

During
my first trip to Venice years ago I saw masks for sale everywhere I
turned—elaborate, decorative, brilliantly-designed masks. They were way
out of my college-student budget, but I remembered how intricate and
gorgeous they were. The masks not only told a story, but could transform
a person just by slipping it over their face. I’ve seen photos of Carnevale here and there, but to see it in person is breathtaking!

With every turn I saw a new mask and random people—even tourists—dressed up. 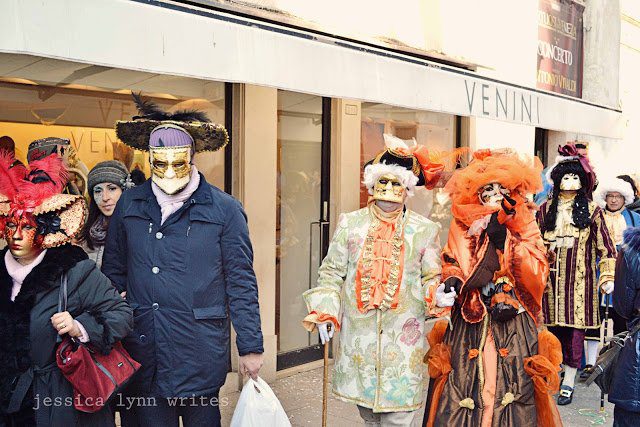 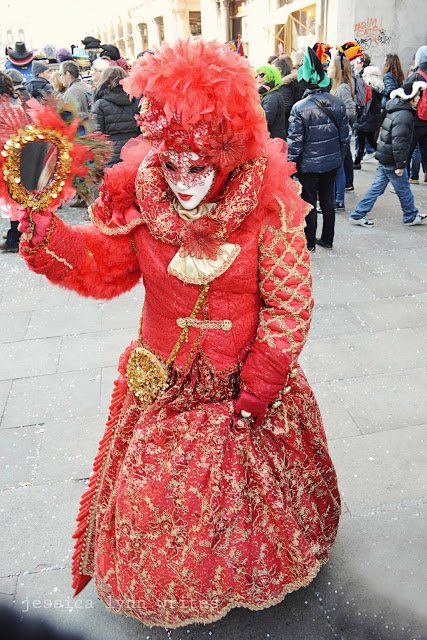 I loved this next couple. They looked so comfortable and regal in their costumes. Isn’t her mask gorgeous? It looks like it’s painted on! 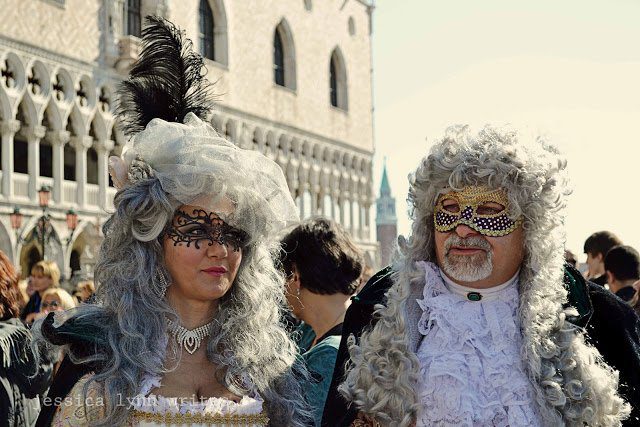 A lot of the characters would pose or stay extremely still, almost like they were actors playing a part. 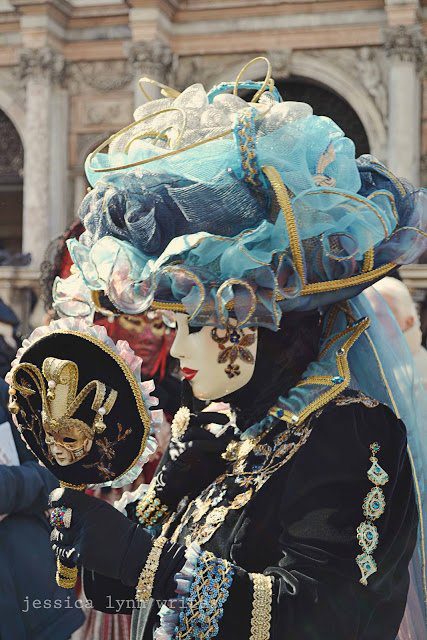 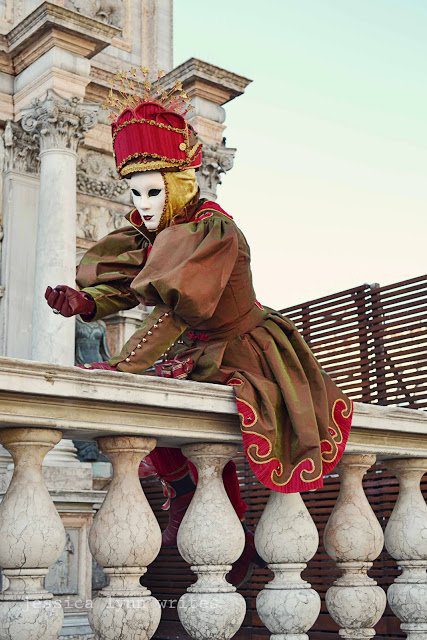 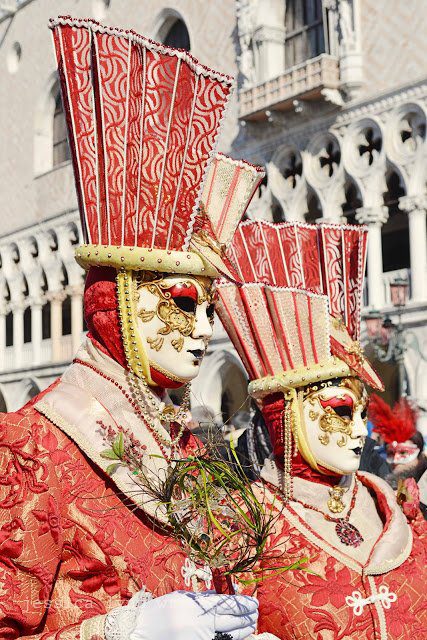 I loved it when they’d almost try to camouflage themselves into their surroundings. Obviously, their costumes would never allow that, but their demeanor almost shouted that they’d rather be left alone than gawked at, which is funny since it’s the very opposite that happens. 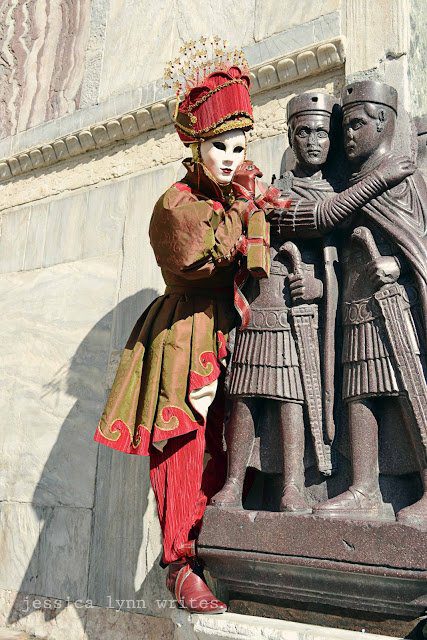 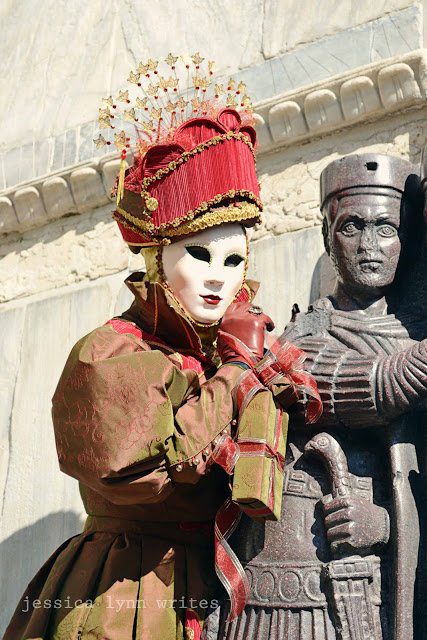 These two were my favorite. They were so seductive; I could practically hear the one in the red whisper my name and call for me to come closer. Despite the camera, she (he?) locked onto my eyes and continued to gaze into them the entire time I was there. Masks are so deceiving. 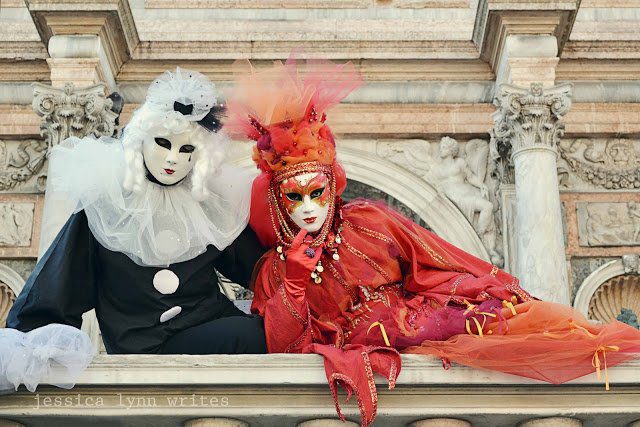 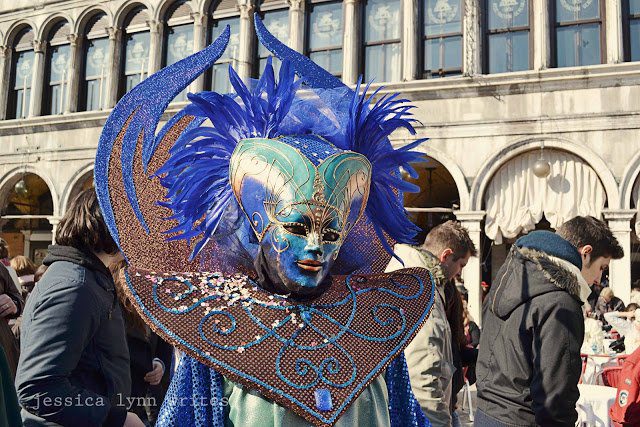 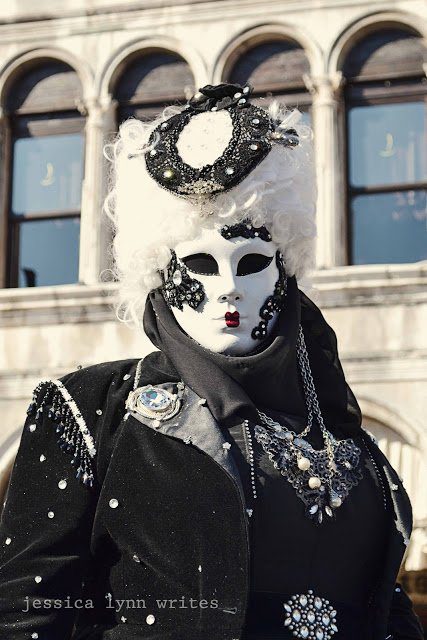 I took these two photos so you could see the crowds that surrounded the masked figures. It was crazy! 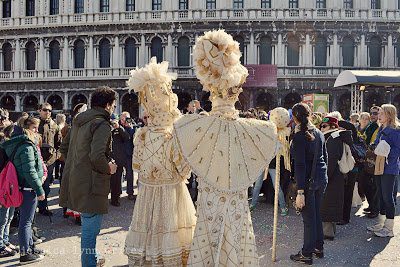 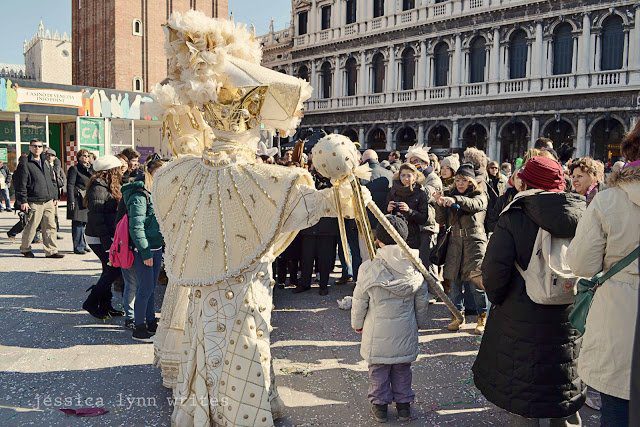 Mom, I took this one for you. She was so pretty all covered in purple 🙂 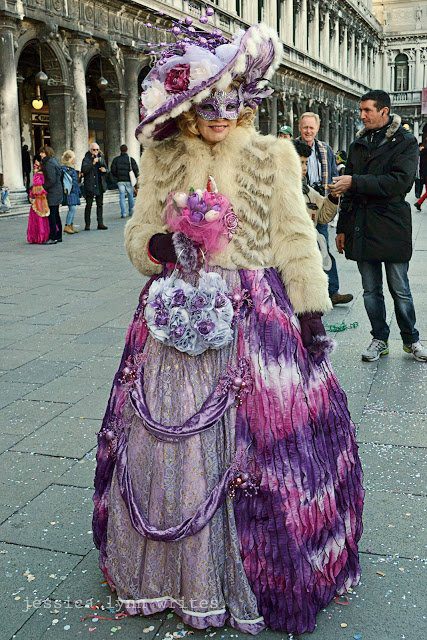 I really hope we’re still in Italy next year for Carnevale so I can take more photos. Feeling sick combined with standing and walking around all day took a toll on me, but it was definitely worth it. 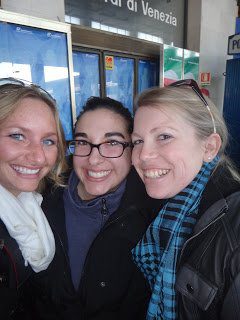 This was my first time meeting Melissa and Annie, so
hopefully my sick raspy voice and disgusting cough didn’t put them off
too much!