One of the things I’m loving about living in this country is the ability to see things you normally wouldn’t even consider if you were just on a vacation here. Usually people see the “bigger,” well-known cities like Rome, Florence, Venice, Verona, Naples, etc., but even the tiniest towns here have a history that dates back thousands of years. 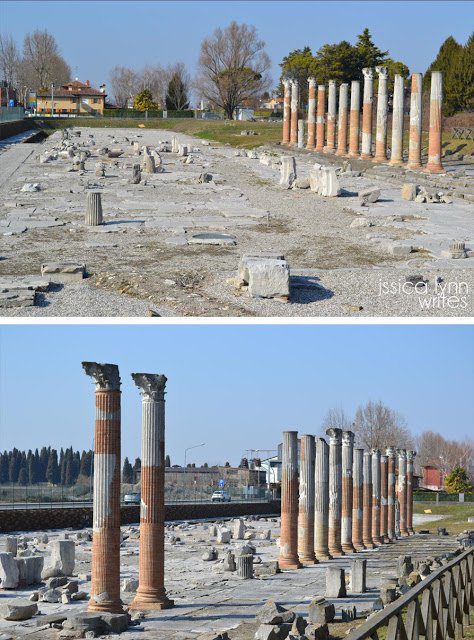 A few weekends ago we packed up the car for a mini road trip to Aquileia (ah-kee-lay-ah) about an hour and a half from where we live. This town dates back to Antiquity—around 180 B.C.—and has Roman ruins scattered all over the place. 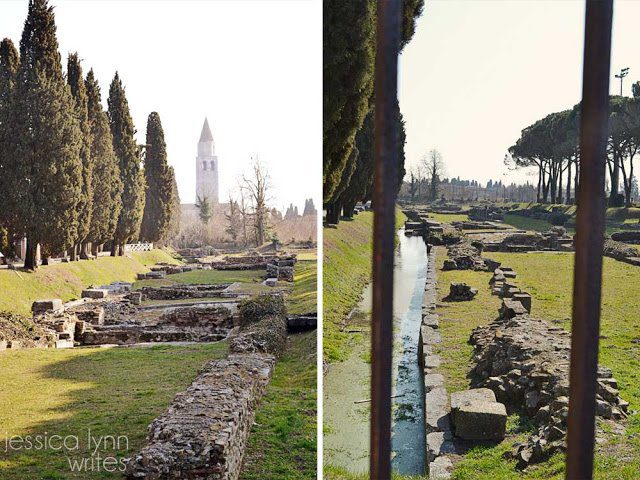 We’ve had some gorgeous weather lately, so we parked the car, had a most delicious lunch at La Capannina, and then started walking around. It turns out Aquileia is a working archeological site and is on the UNESCO World Heritage List. Sure, you can go to Rome and see acres and acres of ruins and forums, but it was really neat to see everything on a much-smaller scale in Aquileia. 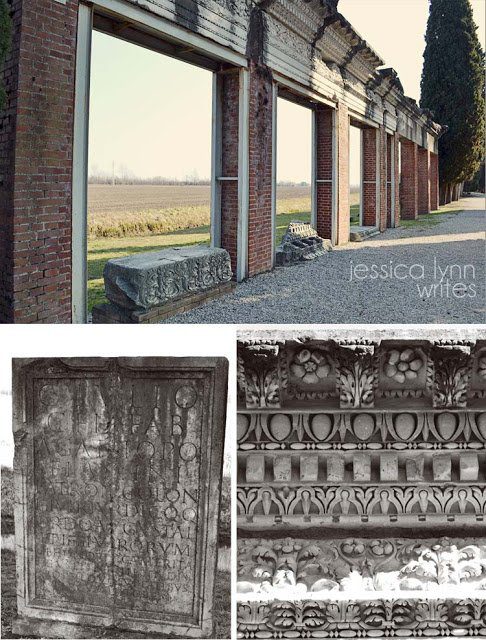 It’s really a humbling experience to be around a place with such a deep history. At one point the town was attacked by Attila the Hun, and apparently—much later—Venetians stole a lot of stone for their buildings! 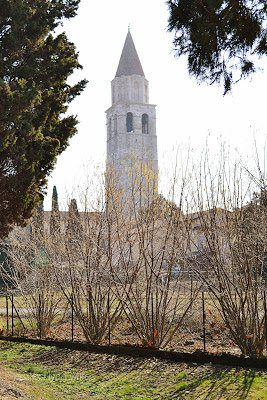 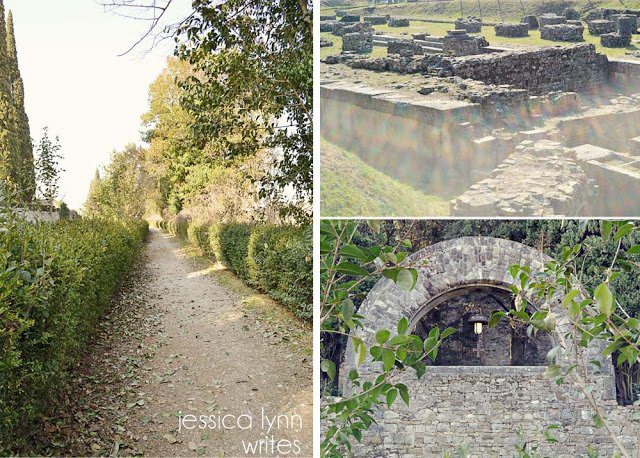 We walked around the little trail and ended up at the Basilica of Aquileia. Before we went into the cathedral we went into the baptistry, but we didn’t know that’s what it was at first. Luckily, there was some info on what exactly we were looking at:

“This exhibition regards baptism, the very first sacrament. Our territory is the origin of important baptismal rites due to its peculiar historical, geographical and religious content. This importance is due to the fact that we are the heirs of the church of Aquileia, where the baptismal rite that spread among the early Christian community originated; and we are the keepers of works of art and documents which permit a reconstruction of what Christian initiation consisted in. The exhibition goes through the various historical stages that characterized the diffusion of baptism among Christians, from early centuries to modern times. It indicates the various locations in our region where changes in baptismal rites took place throughout centuries, while developing various religious, artistic, and traditional topics.”

It was simply gorgeous. Next door to the baptistry was where we saw our first taste of their mosaics, something the basilica is known for. 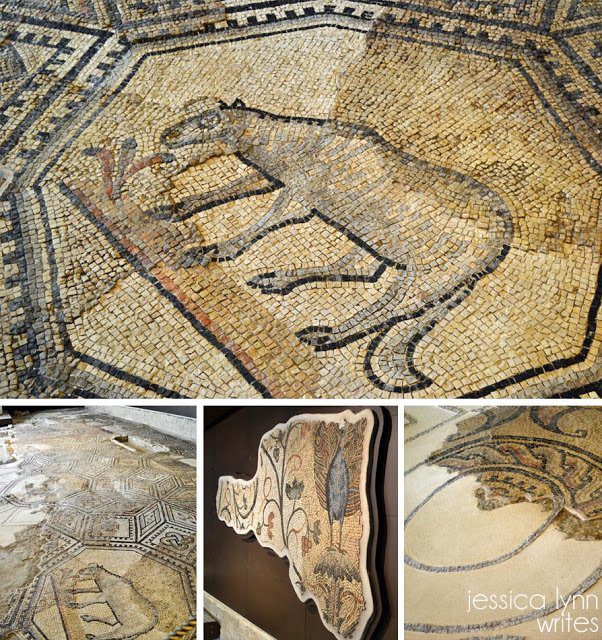 After the baptistry we went towards the basilica and cathedral. The basilica was built in the 4th century just after the end of religious persecution, and Christians were legally allowed to worship publicly, and this was the first place of public worship. I don’t think we were prepared for what we saw next. 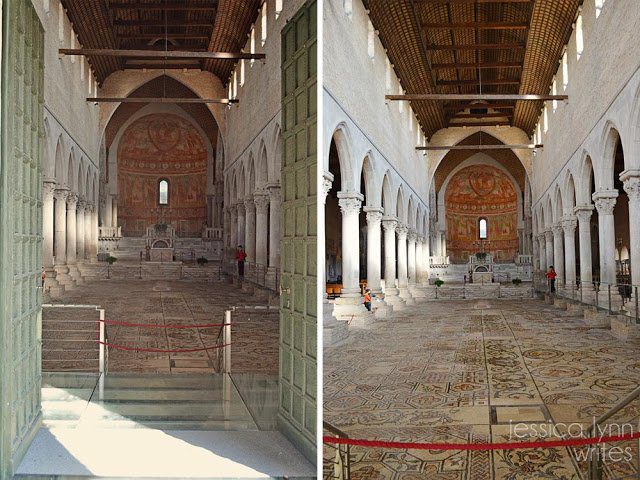 The picture on the left is what we saw before we walked in. The one on the right is what it looks like through the doors. We literally let out a long drawn-out “wow” as we stepped foot inside. It was massive and beautiful.

The entire floor is completely covered in a mosaic dating back to the 4th century. You’re not allowed to walk on it (for obvious reasons), but it’s amazing how much detail went into it. My favorite part was how imperfect it was. This was long before the days of machines doing the work for you. The lines were straight(ish), but just jagged enough to let you imagine people down on their knees for hours at a time placing each little piece down.

We opted to go into the crypt while we were there, which was cool, but not really worth the cash we paid (it was either €3 or €6 a person). I’m all for donating money to keep restorations going, but I think their price was a little steep. Anyway, the crypt:

The tortoise and the cock symbolizes good and evil. The
tortoise’s Greek name means “dweller of the dark,” and the cock
represents “the light of the world.” We joked that the photo in the
middle was one of the first bathrooms. On the right…Star of David?

Aquileia was a wonderful trip and I’m glad we saw it. We saw everything in a couple hours, but that’s because we were pretty relaxed with our time. Like I said at the beginning, I love that this was less than two hours away from us! 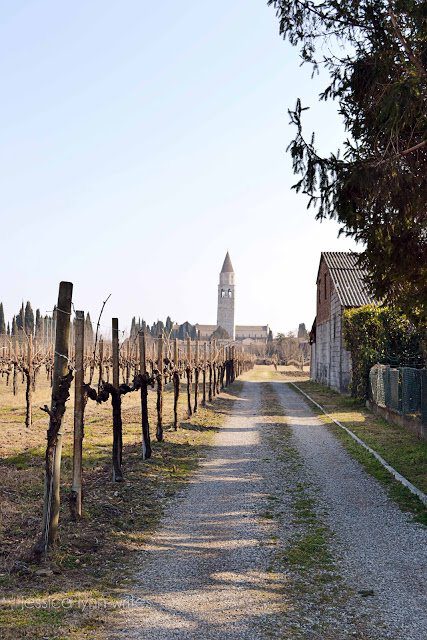 Since we still had half the day to spare we drove off to see another town…but you’ll have to come back to see where we went!