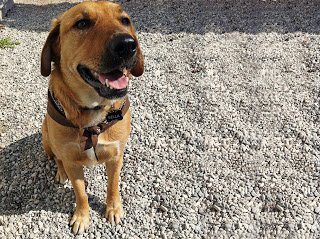 Well, ciao! My name’s Bella and I think Jessica’s talked about me once or twice before. Gosh, she’s just the best, isn’t she? Just to give you a little info about me, I’m two and a half people-years old and I love to take naps, chase cats and pigeons, take naps, go on walks, snuggle with my Kenny, take naps, eat cheese, take naps, play with other puppies, take naps, go on vacations, and sometimes I like to take a nap. 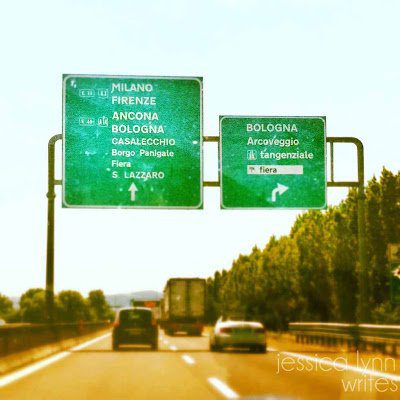 Last weekend I was in for a real treat! Instead of going over and staying at my friend’s house, Kenny and Jess put me in the car and let me go with them on vacation! But first they gave me a really gross pill so I wouldn’t get sick on the drive there. Gosh it’s gross, but at least my tummy didn’t get upset!

We drove for about four hours, but luckily we stopped a few times along the way so I could run around and use the potty. There wasn’t much to do in the car…so I snoozed. Once we got to our bed and breakfast, Agriturismo Villanova, I knew we were in for a treat, because there was a boy dog waiting there for me. His name was Giro and he. was. handsome! His fur looked and felt just like the cotton ball things Jess uses on her nails. It was kinda weird, though. He wanted me to give him a piggy-back ride, but Jess and Kenny kept telling him not to. But I don’t know why; he just wanted to have some fun! 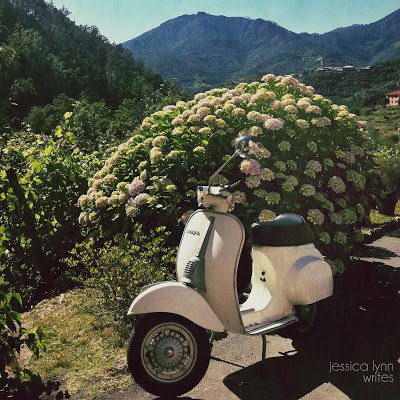 Jessica didn’t realize I wanted to share my trip with you, so instead of taking a picture of Giro she got a picture of this silly white thing that zipped around—it was like it wasn’t cool enough to be a motorcycle, but was much neater than those bicycle things I see around town. She called it “awesome” and said she’d own one someday. I wonder if she can get a little sidecar for me…

Kenny and Jess (I call them “Kennica” for short, by the way) could tell I was getting sleepy, so they let me doze while they found out a place for dinner in town. When they came back we went on a “poop walk” and they showed me pictures from their jaunt around Levanto. 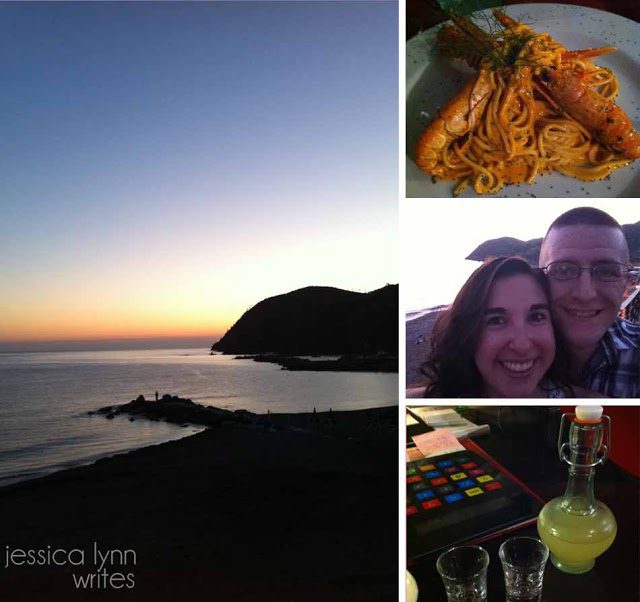 They said dinner at Le Tre Cantine, a top-rated TripAdvisor restaurant for Levanto, was just “okay,” but the views from the beach at sunset were spectacular! They gave me dinner, but I didn’t really feel like eating—I was too excited for our adventure the next day!

The next morning was sooooo exciting! You can’t see me (Jess really needs to remember to use her fancy schmancy phone and take pictures of me), but I’m drooling just thinking about it again. Most mornings I get my usual kibbles and bits grub, but this morning they gave me some yummy “beef stew,” because they said I was on vacation and would need lots of energy for our day ahead. 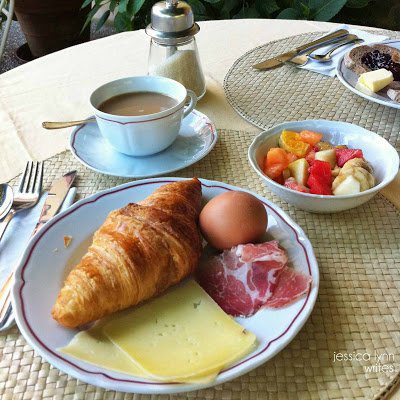 After I had breakfast we went downstairs so they could eat. Kennica kept sneaking me pieces from their breakfast. Gosh, I love people food and this place had goooood food. Giro kept trying to play with me during breakfast time, but I just wanted to relax and enjoy the bits of croissant I kept getting. My puppy-dog eyes charm them every time. Suckers!

We went on another quick poop walk before we hopped in the car. I was just about to take a nap when the car stopped. We were only driving for about five minutes, but apparently we were at something called a train station. Jess apparently had to buy a child’s ticket for me. I got a kick out of that since they don’t like saying that I’m their kid. Ha! Jokes on them!

We had to wait for the train to arrive, but everyone kept coming up to say hi to me—it was fun having so many new people to see! Once the train got there I had to jump up some REALLY high steps, but then we got to sit down. 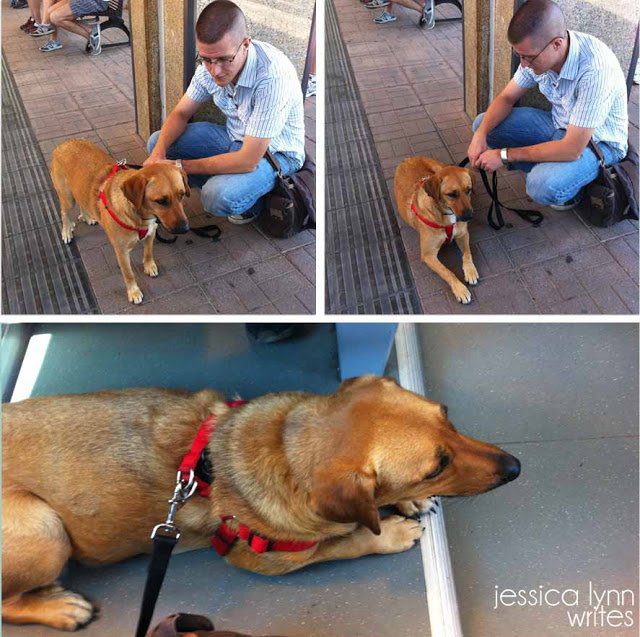 I think Kennica were worried about me being on the train, because they kept asking if I was okay. I was fine….duh! The ride was about 20 minutes long, which was just long enough for a quick nap. It was a little annoying how often the train stopped, though. I would just fall asleep and it would jolt me awake!

Once we got to the first town, Riomaggiore, we walked around for a little bit and then went to the marina. Jess said there was a way to walk from this town to the next, so we started walking. The little path was called “Via dell’amore” (Lovers’ Way) which really made me miss Giro. There were lots of couples holding hands. I saw some other dogs, but they just yapped at me and made me sad; I wish they all wanted to play with me. 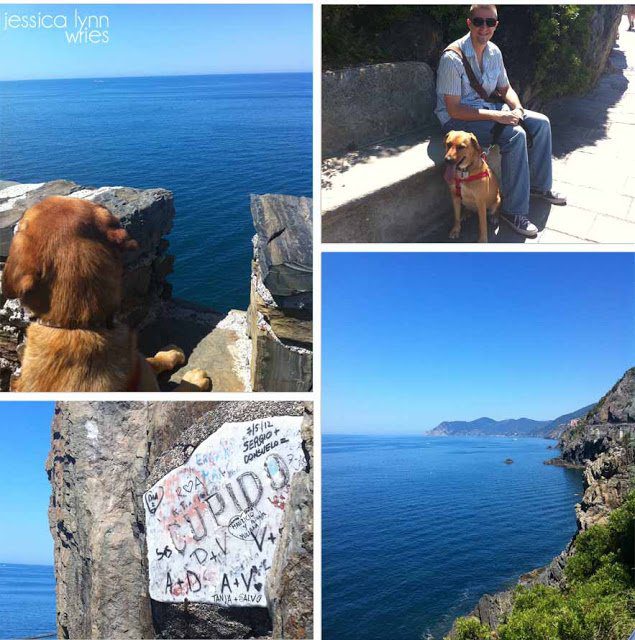 I’m so happy Kennica brought water for me. We go on puppy walks a lot, but it was really hot out this time. Thankfully, they could tell when I got thirsty and let me stop all the time for water breaks.

Oh my gosh, you guys! I almost forgot to tell you! The scariest thing happened on the way to one of the towns! We were walking along just fine when all of a sudden there was this GINORMOUS grate in front of us that I had to walk over. 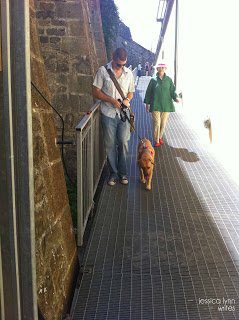 I do NOT like grates. I always think I’m going to fall in. Kennica said I didn’t have a choice, though, so I put on my brave puppy pants and slowly walked across. Jess went down to the end and gave me lots of encouragement, which helped!

We took the train to the next town—apparently there was a flood back in October that wiped out a few towns and they’re not quite ready yet—and had lunch there. Well, Kennica had lunch; I had bread and more water. 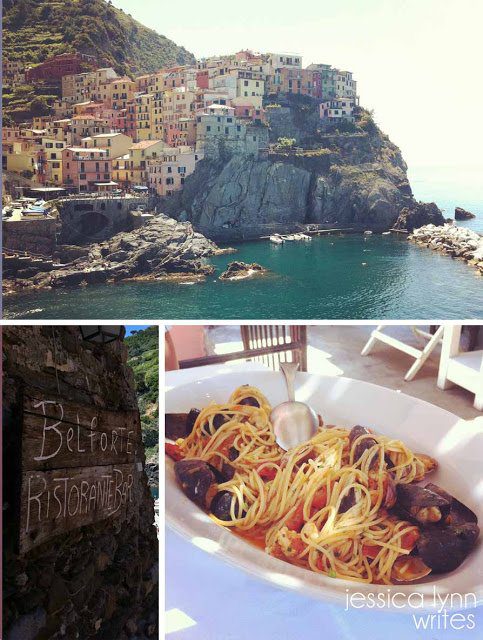 After lunch we were back on our way. We took a trail from Vernazza to the next town, Monterosso del Mare. Whoa. I don’t think Kennica really knew what they were in for. This was nothing like the happy first trail we took. If the first route was for lovers then this one was for a couple definitely on the rocks.

Kennica came slightly prepared with two bottles of water, but I don’t think they knew it was a 3k (1.5 mile) hike that went uphill both ways. They also forgot to take in the fact that we were walking in the middle of a day that decided to hit 90 degrees. It was really pretty, but hot and exhausting at the same time. 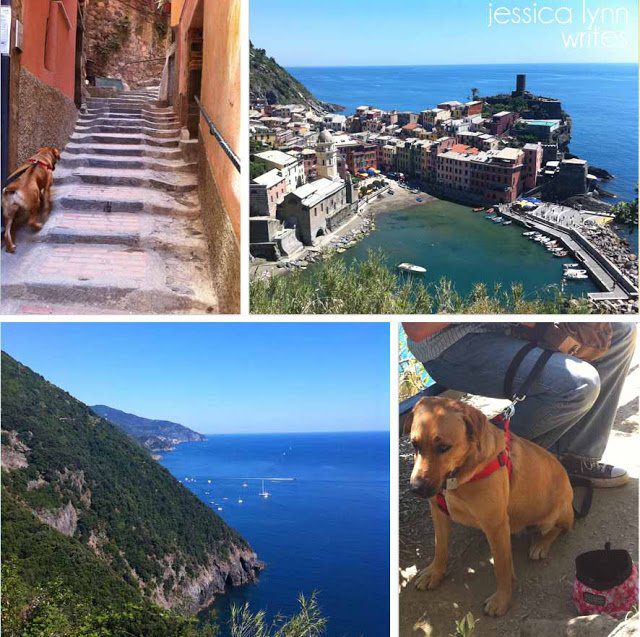 Luckily, we found a dog-sized lake around a bend. I usually hate water—Kenny thinks it’s hilarious to get me wet, but it just makes me cold—but this time I practically jumped into the water. It was AMAZING.

I’m just glad I had four legs—I don’t know how people did it with just two. The little trails were just big enough for me and if you looked to the left the trail completely dropped off; one misstep and we’d all be at the bottom of the mountain and in the sea! Sometimes Kenny would have to hold me close in case someone had to pass by. The best part was when people would walk by and tell me how proud they were that I made the trek. Apparently there weren’t many puppies on that particular trail. 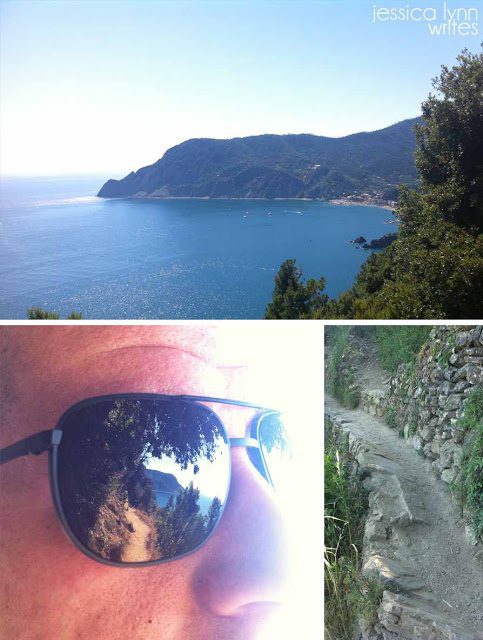 We were really close to getting to the next town when we saw a little oasis—a lemonade stand! There was a man making fresh lemonade with lemons from his orchard. Kennica slurped up four in a matter of minutes and said it was amazing. Jess said, earlier along the trail when we were almost out of water, that she’d pay €20 for some Gatorade, so I think she was pretty happy with her €2 lemonade! 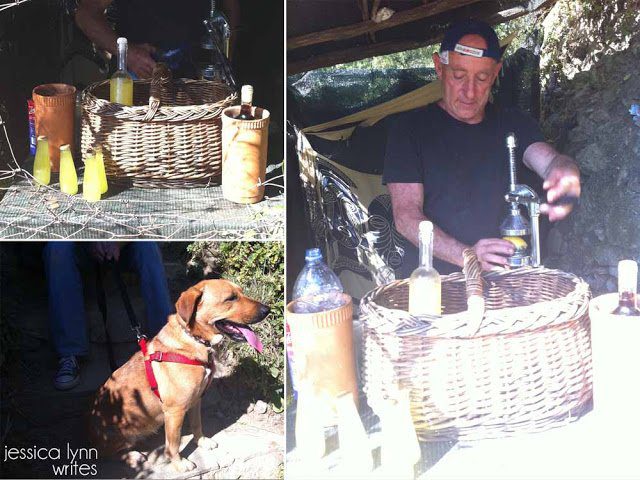 About 10 minutes later we were in the next town. We all stopped at the first bar we found. Kennica got water and margaritas and I got some water and bread. Jess went down to the water to cool off and I took one of the best naps of my life.  Once we were feeling more like ourselves again we wandered around Monterosso del Mare and then took the train back home. 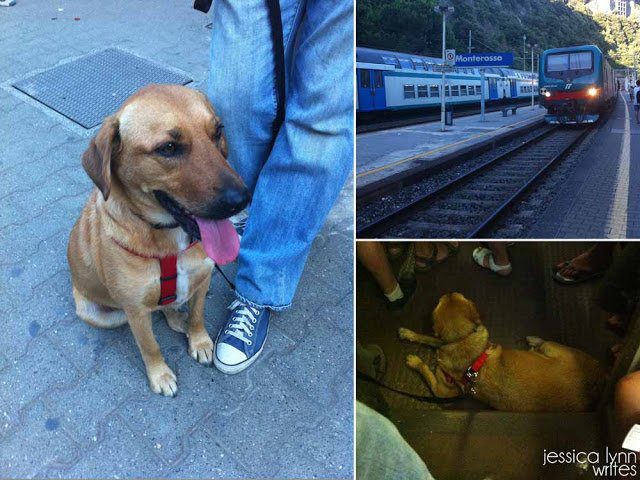 The rest of the night was uneventful for me—I slept the night away while Kennica went out for dinner. They raved about the pizza from Taverna Garibaldi, and I thanked them for bringing me some crust back. (It was really tasty, for the record.)

Well, writing this post wore me out. I think it’s time for a much-needed nap now. I’m excited to share more of my adventures with you in the future! 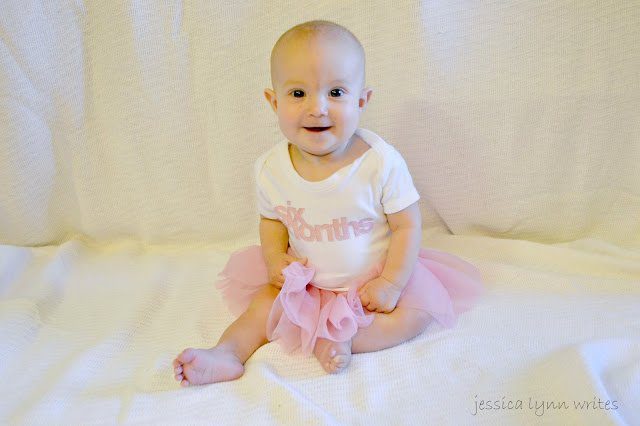 Grrr. I can’t figure out why, but the photos below are posting really fuzzy/pixelated on my end and not at all how they look in the original version. Pretty annoying,…

previous fridays 1. You’re the only one—in the entire blogging community—that I’d want to vlog with. ever. 2. We gallivanted around the neighborhood on our “snow” day. 3. You’re taking… 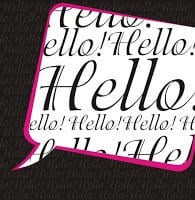 I’d like to say a big HELLO to some of my new readers! I’ve noticed the number to the right creeping up, so welcome! And to those of you who…

I just got off the phone with Mike. I absolutely love talking to him – we somehow seem to pump each other up about our silly dreams. He makes me…

1. Who knew that getting stranded in Mogliano would turn into such a fun afternoon. The people watching was especially enjoyable. 2. I love that you picked the “local legendary”…

I’m sure I’ve already posted something like what I’m about to say…but deal with it 🙂 As I’m sure most of you know, my favorite TV show is Alias and,…