Back in May (yes…as in four months ago), my husband and I hopped across the pond and landed ourselves in England! This wasn’t an impromptu trip, but it was short—he was only granted one day of leave since it was the weekend right before deployment spin-up started. Knowing we were on limited time crunch and that we had specific obligations (we were there specifically for my friend’s wedding on Sunday), we used our valuable time (kinda) wisely.

We took an EasyJet flight out of Venice Thursday night at 10 pm and landed at Gatwick Airport in London at 11 pm. By the time we got through customs, took the Gatwick Express into London, took a bus to our destination for the night, and got settled it was around 2 am, we were pooped! Knowing we had only one full day in London, we fell right asleep and woke up about five hours later, ready to explore the city. (Check out this post for where we stayed in London.) 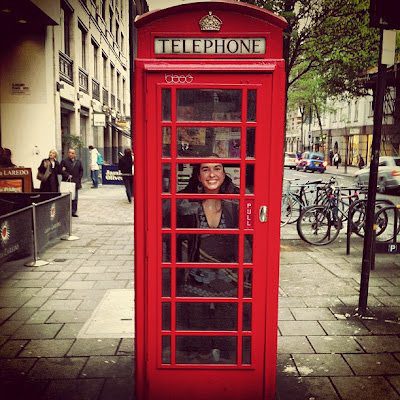 Here’s where things got tricky. My husband and I have both been to London before, but not together, and it turned out we’ve both done different things around the city. Also, we didn’t have a game plan going into our one and only day in the city, so we decided to just wing it. Winging it, as it turns out, was not such a grand idea. Winging it meant spending our day in London trying to have a good time, but not really speaking with each other since we were both annoyed. Long story short: figure out what you BOTH want to do, and then compromise. We’re usually good at that, but this time we weren’t. That’s life. Despite our stupid bickering, I think we managed to have a good time around the town. 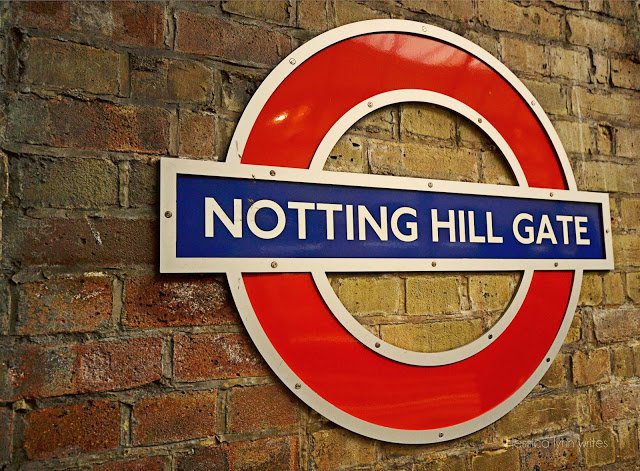 We started our Friday morning in Notting Hill, where we stayed, and quickly walked through the market. The market is about 10 times bigger and better on Saturday, so we decided we’d check it out the next day. Even though we have markets in Italy, it was actually really fun to see things in English and to compare prices. 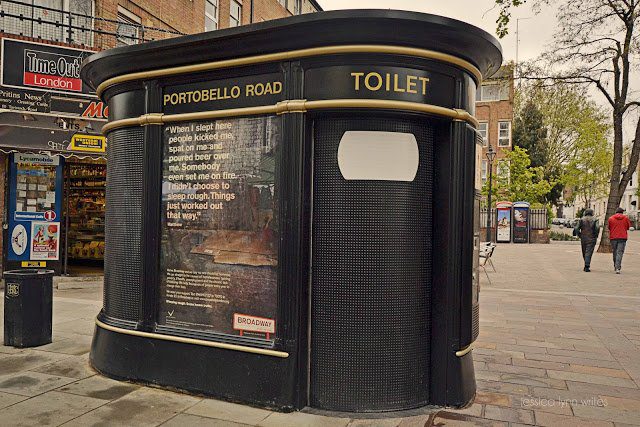 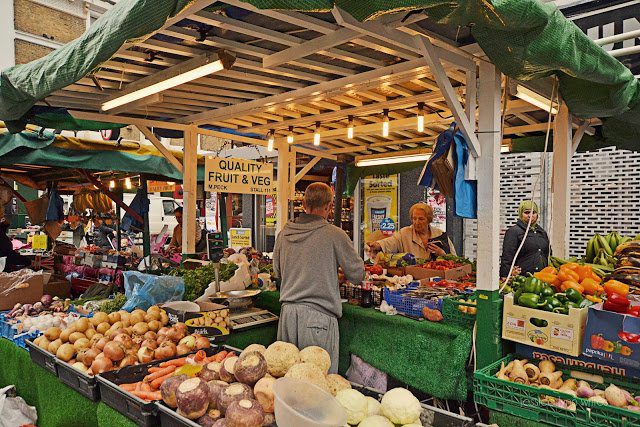 After a quick jaunt through Notting Hill we made our way to the Natural History Museum. I’ve never been there before, so it was fun to see. It was also free, which is a giant plus considering everything in the UK is expensive.

The museum was pretty big, but we went straight for the dinosaurs first. I couldn’t remember the last time I went to a natural history museum—I had to be in elementary school—so seeing all of the bones and different dinosaurs was really, really fun! We also recently watched all three Jurassic Park movies, so dinos were kinda on our minds.

The museum also had a section for mammals where you could see giant skeletons of whales. They had one for the blue whale, the largest creature ever—it was massive! I had my wide angle lens and I still couldn’t get the whole thing in the frame, which is why it’s just a head-on shot of it. 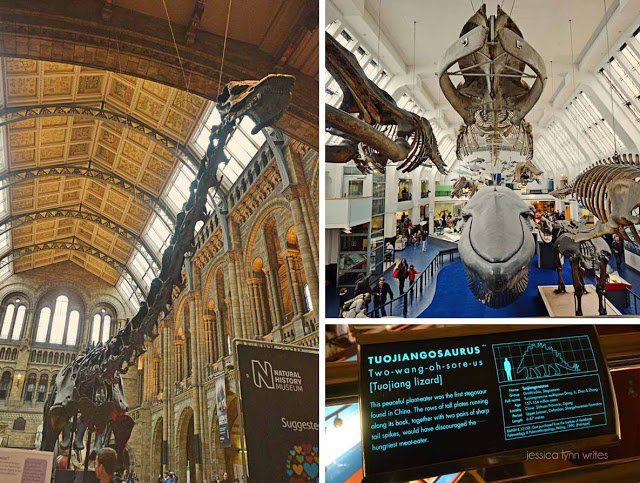 While we were there we checked out a few more exhibits, but then we went on our way. It was time for lunch. Unfortunately,  I don’t even remember where we ate (that’s what happens when you write this four months later). 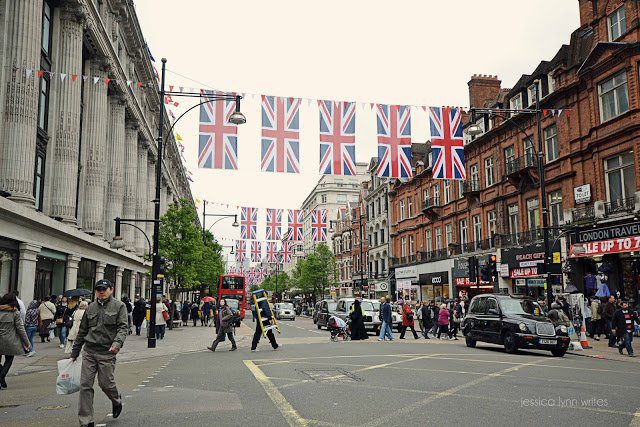 I do know that our next stop was Oxford Street. In London, Oxford Street means one thing: shopping! For a mile and a half there’s nothing but shops. Seriously, this street has so many stores you’ll think you died and went to shopping heaven. A lot of the stores are repeated along the stretch, but that didn’t stop me from going in them more than once! We popped into Selfridges—the second largest store in the UK next to Harrods—and had fun checking out a handful of their different departments.

While on Oxford Street we also went into several of my other favorite shops: Topshop, River Island, Dorthy Perkins, Accessorize, and of course, Primark.

Oh, Primark. I absolutely love this store, but it is a CRAZY place to shop. It’s basically ridiculously inexpensive clothes (even for the UK), but it’s just out-of-control busy, especially the shop on Oxford Street. My husband doesn’t like crowds; I can usually handle them, but  I even felt very claustrophobic in there. Wherever you turn you’re either face-to-face (or arm-to-arm/body-to-body) with another shopper or you’re smushed between racks of clothes. More than a few times I was literally pushed into a rack of clothes because there was no room for people to walk. Seriously crazy.

I had a handful of things I wanted to try on, but then I saw the mile-long line for the fitting room and decided I didn’t need to try anything on—I could just eye it and see if it’d fit. We (barely) made our way to the other side of the store and then I saw the line to check out and immediately decided against buying anything. My patience was beyond thin, and I decided I didn’t need that £5 top that bad. Needless to say, I didn’t have time to even think about whipping out my camera for photos. Maybe next time… 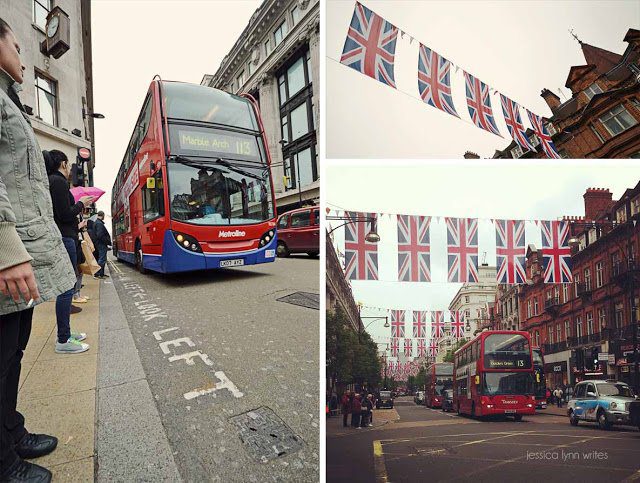 After that adventure, we needed a drink. We made our way over to Leicester Square, because we both agreed that we wanted to see a show while we were in town. The problem, again, is that we’ve both seen different shows and couldn’t agree on one to see, not only that, but since we didn’t plan ahead of time, a lot of the shows were already sold out for that night. (#fail) We got a list of available shows and had a drink at an overpriced bar with really crappy service. They couldn’t make my husband a Manhattan—whiskey, sweet vermouth, and bitters—and they wouldn’t make my drink with a flavored vodka…it was all very strange.

Anyway, we decided to see a show we’ve both seen before: The Mousetrap. It was one of my very first London shows and it’s been awhile since my husband had seen it, so neither of us could remember the ending very well—perfect!

With several hours to kill, we wandered around town more, slowly making our way to Covent Garden. Before the show we stopped for some nosh at a nearby Mexican restaurant, Cantina Laredo. Mexican food in London? I know. But, believe me when I say that this place was actually good! I only wish we had an actual meal instead of just appetizers. 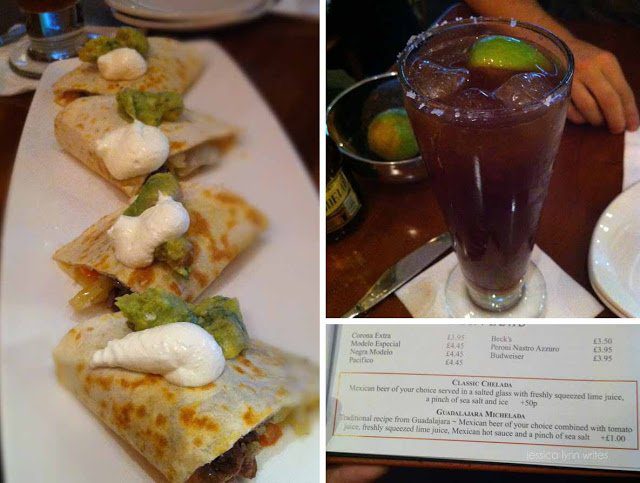 We shared two kinds of quesadillas and some table-made guacamole, and enjoyed some delicious drinks. I had a Michelada—a drink I used to LOVE when I lived in Las Cruces, NM, for college. I’ve tried getting it several times since then and they never taste the same. This time it was spot-on and fantastic! It’s a Mexican beer with tomato juice, lime juice, hot sauce, and salt—don’t knock it till you’ve tried it! YUM!

With a few minutes to spare, we went around the corner to find our seats for the show. But first we picked up another drink for ourselves AND placed an order so that drinks would be waiting for us during intermission! They’re clever like that in London!

If you’re ever in London I highly recommend seeing The Mousetrap. No, it’s not as energetic or as vibrant as some of the amazing musicals out there (Mamma Mia and Wicked are still my favorites with Lion King as a close third), but it’s a classic whodunit play that leaves you in suspense! It’s in it’s 60th production year and is the longest running play in London, which is very cool!

After the show we walked around a lot more and eventually found a nice, little French restaurant for a late-night snack (we were the annoying customers who weaseled their way in just before closing time).

Even though our day in London wasn’t quite what either of us expected, I think we still had a good time. We saw some sites, ate good food, enjoyed a show, and were in good company (once the silent treatments from both of us stopped). Luckily, we got over our silly issues, because we had a busy day ahead of us.

*Sorry there aren’t more photos of London. If you want to see more, here are pictures from the last time I was there!