I feel silly saying there’s a bad part to a homecoming, but if there is a bad part it’s after their allotted time off is over, aka: the day they have to go back to work. Technically, my husband actually went back to the office on Friday, but this is his first full week back to work. We had a blissful time during his break, so now it’s back to reality and time to figure out our new routine again—a routine that involves waking up at 5 am (and the baby isn’t even here yet!).

So because he’s back to work and I’m home alone, trying to get the motivation to walk up the stairs to take a shower, I figured it’d be a good time to relive a moment last month that brought so much excitement: the homecoming! 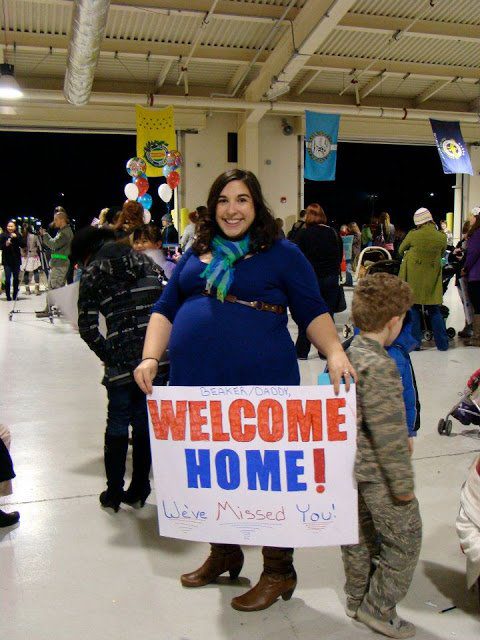 They flew in on a Saturday night. Originally, they were supposed to arrive earlier that week, on a Wednesday, but plans changed. We rolled with the new schedule and were eager to see their faces on Saturday afternoon. Then the afternoon time changed to evening. At that point, we were all just happy the homecoming was still happening that day!

This was the first time my husband’s deployed with his entire squadron, so the atmosphere was different than what I’m used to. I’m used to a decent crowd, but I usually don’t know anybody. It was nice to look around the building and see familiar faces, all eager to see their loved ones. In past deployments, there haven’t been any welcome-home signs or even a big fuss made over their return. In fact, women would show up in pajamas to pick up their husbands…if they showed up at all. I loved seeing the turnout and excitement for this homecoming!

So as I said, they came in at night, and it was COLD. The plane flew arrived on the flightline and everyone started gathering as close to the edge of the building as we could go without getting rained on. Oh yes, it was raining, too. Frigid may be a better word for the weather that night! 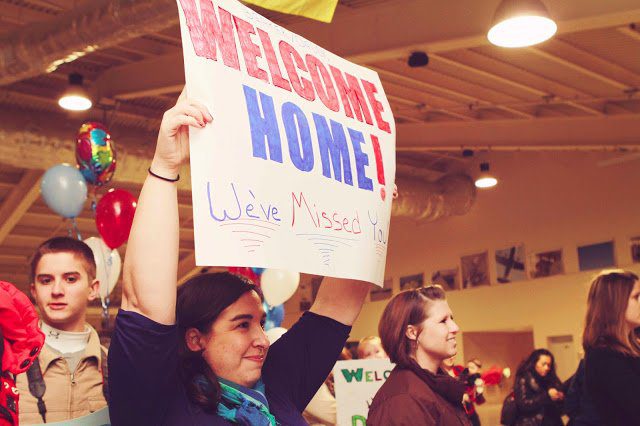 Once the plane landed, my nerves kicked in. I hadn’t seen my husband in almost seven months. The last time he saw me I looked completely different; he looked different, too. And as with every homecoming, I was nervous I wouldn’t recognize him. When there’s around 200 (mostly) men all rushing off the plane and all wearing the same thing—at night—it gets a little nerve wracking looking for your airman.

But then I spotted him.
A goofy smile broke out on his face when our eyes met.
And for the first time in 198 days, I could breathe again.

That first hug was amazing. I could hear him crying as I shed my own tears of relief. After all the hugs and kisses, and after we wiped our tears, his hands found his way to my belly and he said hi to his daughter. It’s crazy to think that she was only the size of a lima bean when he left! 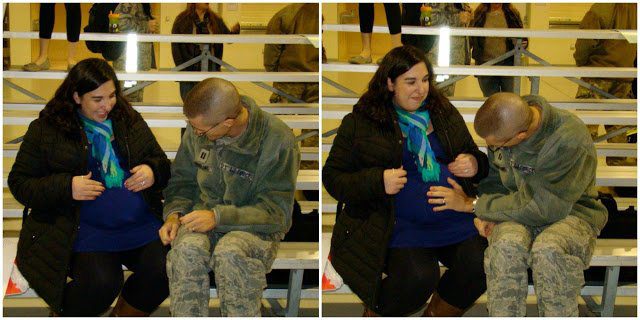 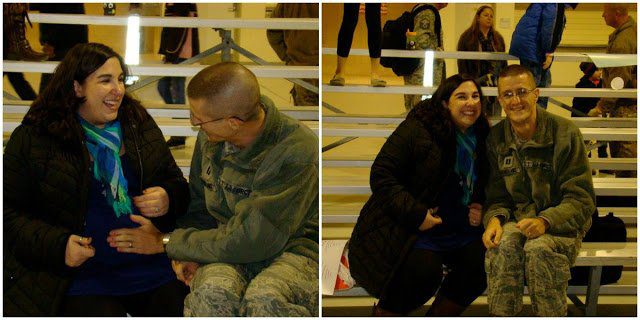 His hands barely left my bump that entire night. 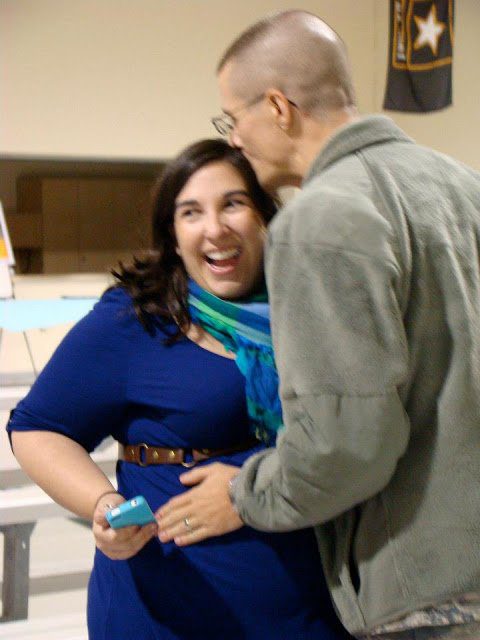 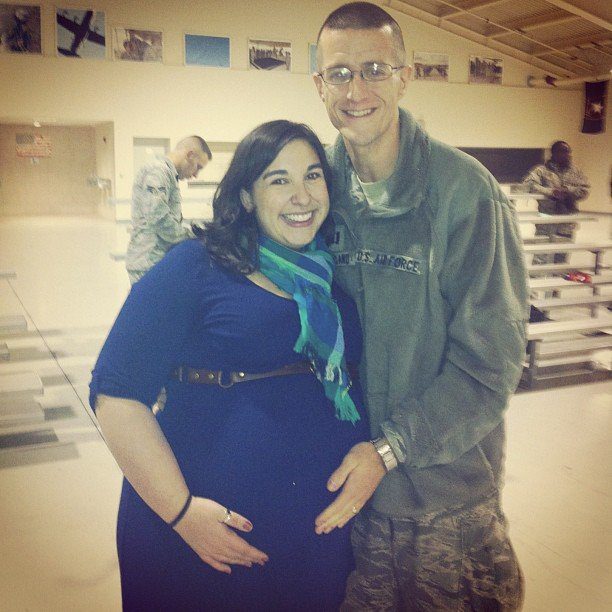 (Below is a short video from AFN Aviano about the homecoming)

*photos from: my iPhone, my friend Sabrina, and PumpkinCharm Photography