I know you’re not supposed to air dirty laundry, especially when it’s between you and your spouse, but I recently took a trip down memory lane about an argument my husband and I had—at Ikea of all places, and I feel like sharing it.

Let’s go back a year and half to our first trip to Ikea here in Italy. Earlier that week we moved into our house and realized we needed more storage space. Most European homes don’t have closets, pantries, or any place to store stuff, so if you don’t want to stuff all that extra crap you have under the stairs (like we did anyway), then you need more storage options. Enter Ikea.

Our main goal for that particular trip was to get something for our kitchen…and eat some delicious meatballs, of course. I actually really liked our kitchen just the way it was, but it needed more counter space and it definitely needed a pantry. Armed with those two needs, we headed to Ikea.

We had a pretty good idea of what we wanted once we got to the store since we browsed online first, so we just needed to find it and see it in person. We ended up getting a long, solid wood island with plenty of storage space and a separate pantry. In person, the island was a lot longer than it looked online, so I voiced my concern—several times—that I wasn’t sure it would fit in the car.

Now, I looooove my car. It’s a Scion TC, and with the exception of two aspects—it only has two doors and the trunk is ridiculously small—it’s been perfect for me. But those two things, particularly the last issue, makes shopping at Ikea a little difficult.

Anyway, we were all excited about our new finds, so we bought everything and wheeled it down to the car. My husband assured me it would all fit, so I held my tongue and tried my hardest to believe him. Go figure that when it came time to load everything in the car, we had a problem.

Oh, but boy did he try to squeeze that over-sized box into my little car. We tried every position we could think of to get it in there, but the car was just too small. Actually, to his credit, if nobody was in the passenger seat, it would’ve fit, but since I kinda needed a place to sit on the way home, he lost the battle. I was extremely annoyed at this point and I’m pretty sure I straight up said, “I told you so.” Yeah, I know, the worst thing I could probably say in that situation, but it was true.

We were both pretty frustrated (for different reasons, obviously), so that’s around the time the silent treatment started from both of us. I highly suggested that we take the island back into the store, return it, and figure out another means of transportation to get it home later. My husband unwillingly agreed (I’m pretty sure he still thought he could get it to fit).

Returning it was a whole other fiasco since we both knew zero Italian at that point and we picked the one time of the day where English-speaking Ikea workers were nowhere to be found. So we sat there, both getting more and more angry at the situation, trying to figure out how to return that darn thing. We finally figured it out (it’s amazing how you can communicate just by using hand gestures!) and got the piece returned.

What started as a fun trip to Ikea to furnish our new home turned into an empty-handed, frustrating, tongue-biting, extremely quiet, very long hour ride back home. I don’t think we said a word to each other the entire time.

Our annoyances with each other subsided the next day, and I ended up asking a friend with an SUV to go back with me later that week to repurchase that darn island, so everything ended up working out in the end. But it was very annoying.

Fast forward to last week when my husband and I went back to Ikea to specifically pick up a dresser for the baby’s room. Since we REALLLLY didn’t want a repeat of what happened that first time, I suggested once or twice (or a half dozen times) that he measure the length of my car and then measure the box dimensions online. He measured and assured me everything would fit. Okay then!

We got the dresser, plus another one, and a few other things—since that’s what happens when you go to Ikea—and he triple checked his measurements once he picked up the boxes, still insisting everything was good-to-go this time. Being the ever-supportive wife this time, I kept my mouth shut about whether or not it would fit in the car. 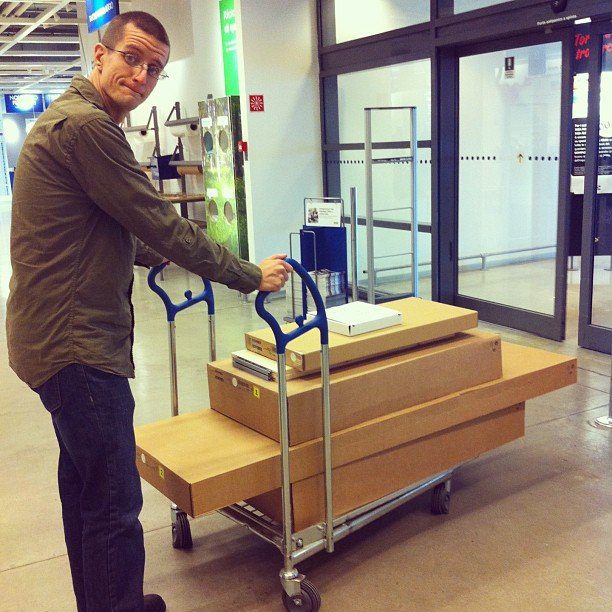 After we checked out we wheeled the cart down to the car park. It was almost time for the moment of truth.

I’m not gonna lie; I was a little nervous, mostly because my back was starting to ache and I really didn’t want to repeat that last fiasco. Plus, we were having a pretty good day and I didn’t want to ruin that by arguing on the way home. Luckily, it turned out that his measurements were spot on and everything fit perfectly. I think we both took a huge sigh of relief when I could still sit in my seat and the trunk closed with no issue. 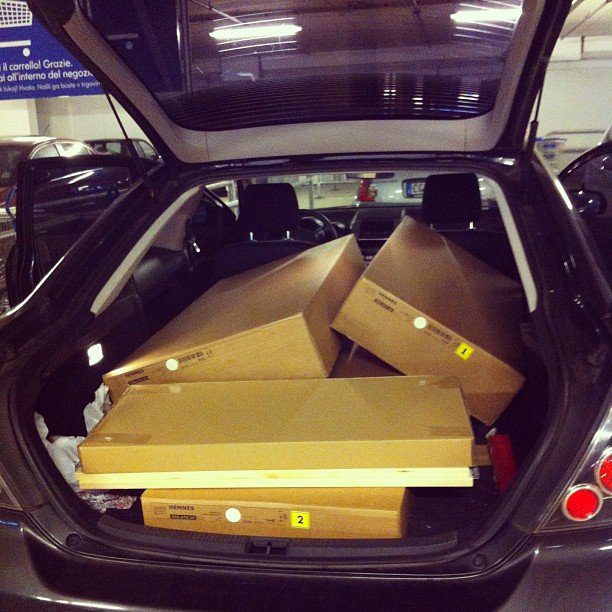 As of right now, those boxes in the car have been transformed into two dressers and a nightstand and are getting filled with baby things. It’s surreal how everything is coming together. I’m so thankful this trip turned out much better than the last time!

Have you ever had an awkward furniture-buying moment like this? 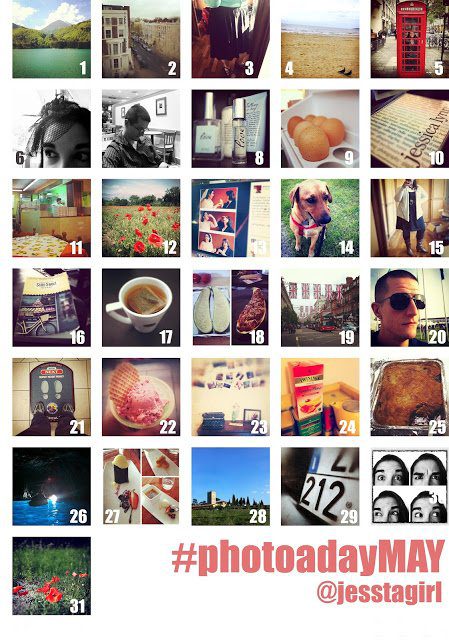 I’m having a really hard time with the fact that today is that last day of the month and tomorrow is June. How did the past 31 days go by… 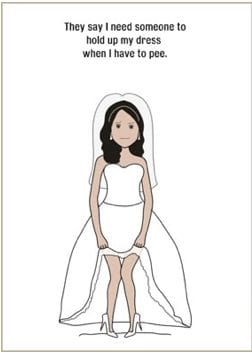 After the tears and the oh-my-God-are-you-serious shock started to wear off once Kenny proposed, I started speed dialing my friends to let them know he asked me to be his… 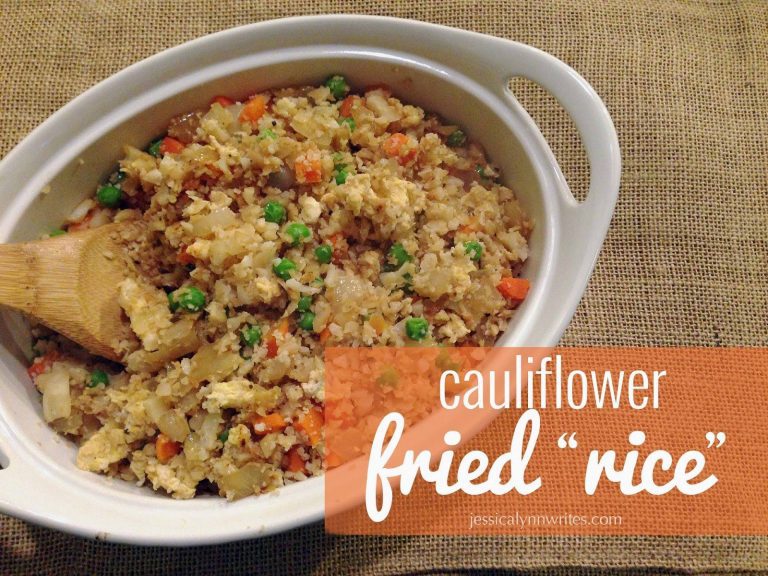 I’m finally sharing one of the side dishes I make a lot. It’s on the menu practically every week, so it’s about time I finally share how I make it…. 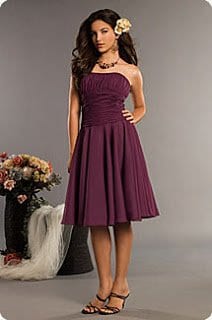 Yesterday I rounded up five out of the six bridesmaids, my mom, and my future mother-in-law so they could all see the gown I picked out—my dress should be in… 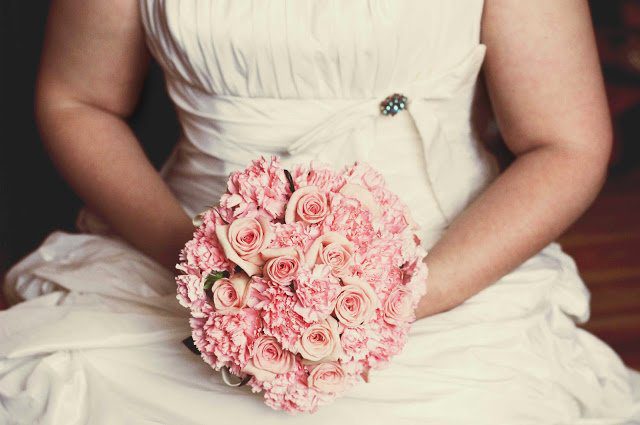 Three years ago today I married the love of my life.  Our wedding day was perfect,  because it was the beginning of something wonderful:  our marriage and our life together…. 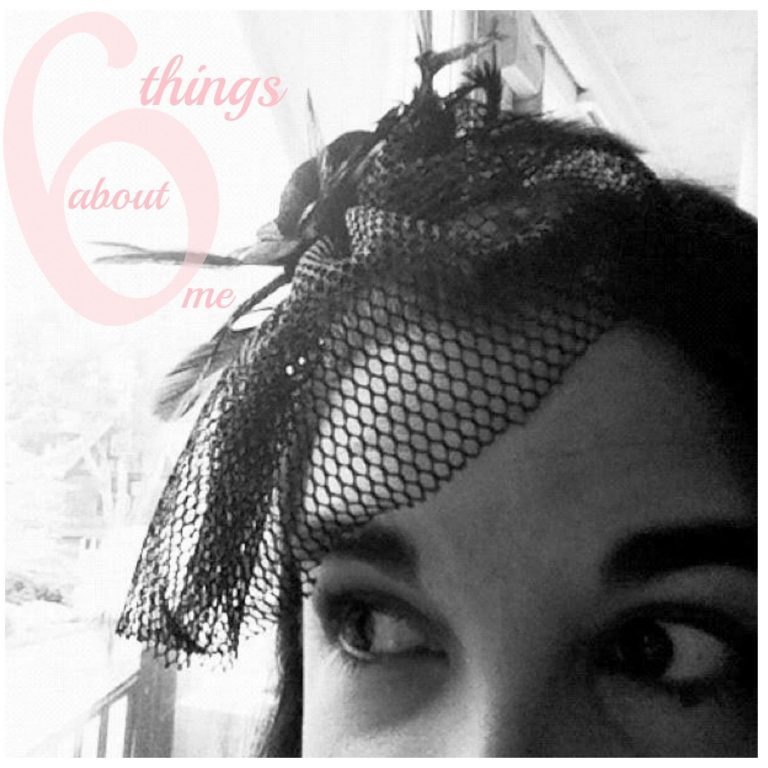 Five Six Things I Know For Sure… 1. A baby’s giggle is—beyond a doubt—the most beautiful sound in the world. 2. I will always love New Mexico. 3. Justin Timberlake…