First of all, two weeks FLIES by. Like in the blink of an eye. I mean, she’s practically starting kindergarten already and I think the next time I blink she’ll be starting college. I’m not ready for her to grow up! In all seriousness, though, I really can’t believe that this time two weeks ago I was in the middle of labor; a labor that lasted 14 hours and consisted of three and a half hours of pushing. (I wrote this yesterday, but I’m just now getting around to finishing it.) (Also, that reminds me that I haven’t shared her birth story. That will come later…I don’t even know how I found the time or energy to write this.) 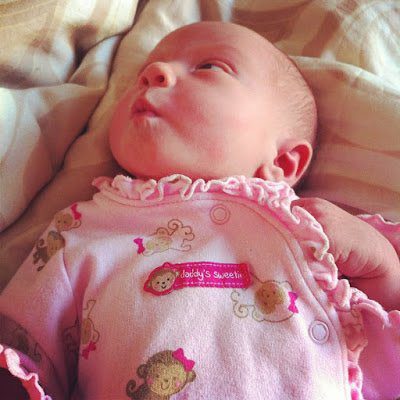 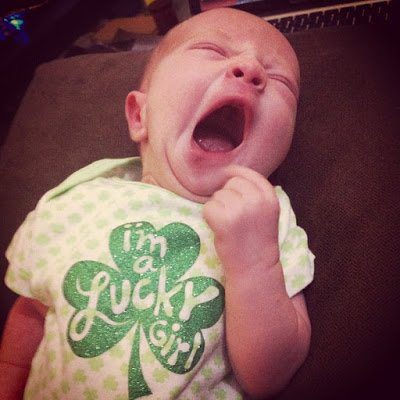 So what’s happened in the last two weeks? Well first of all, I’m slightly jealous of all of the women who told me I wouldn’t leave my house during the first few weeks of being a new mom. Lies. All lies. In the 14 days that she’s been here I’ve been to base almost every day (thankfully we don’t have appointments on the weekends), so that makes for an exhausting day, especially when just about every appointment is running late. I’ve also run into a couple bumps during recovery. Let’s just say that I wish I could’ve received an epidural earlier this week. 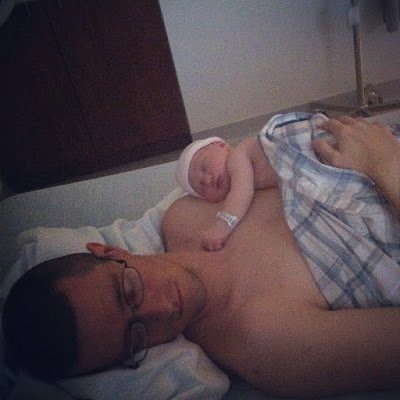 Sorry, this isn’t the post to over-share with too much information. That post will come later, don’t you worry! Now back to my little sweet pea. 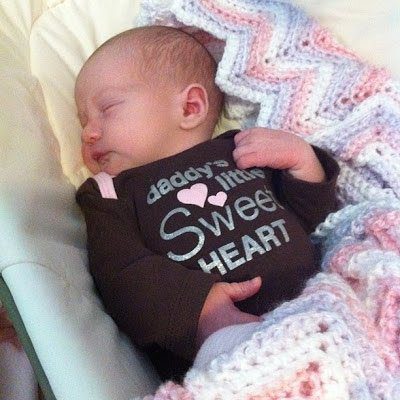 I’m so completely head over heals for this little girl that all I want to do is snuggle and look into her big eyes. It takes everything in me to not wake her up when she’s sleeping, and don’t even get me started on the adorable little squeaks and other newborn noises that she makes all the time. I just love her so much! (She was in the position below a lot during her first few days and it reminded us of a little T-Rex; she has large feet and when she moved her arms up like that she was like a little dinosaur!) 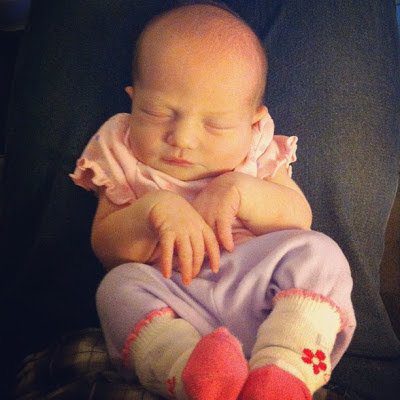 We even got a special visitor when Julia was just a week old! My mom flew out here last week and has been a lifesaver with helping us out. I can’t tell you how nice it is having her here, especially since my husband already went back to work earlier this week. She leaves this week and I just don’t even want to think about not having her around to help anymore. 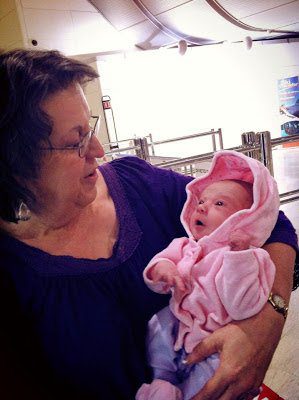 Okay, I’m running out of time before our little JuJu Bean wakes up and needs to eat again, so here are the highlights from the past two weeks that I want to remember: 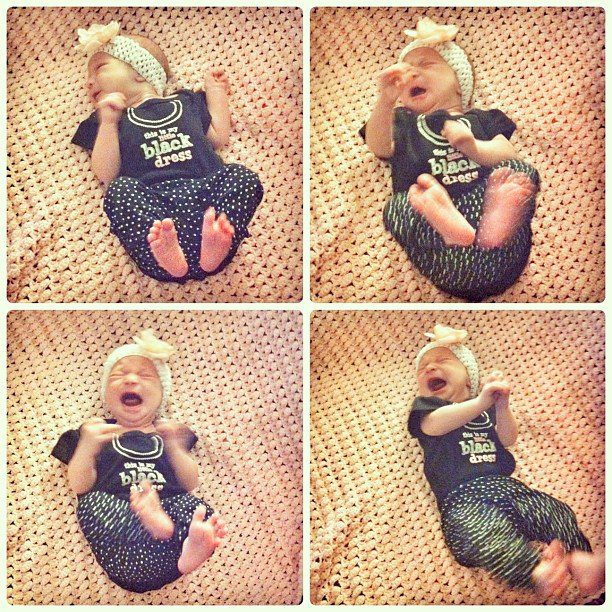 If you follow me on Instagram you’ve probably already seen these photos. I’ve taken hundreds more on the real camera, but I’m just now getting around to uploading them, so who knows when I’ll have the time to go through them—it’s hard when you’re only home on the weekend! I have a feeling this blog will just see camera photos for the time being and I make no apologies for that.

Well that’s all from me for now! I have a little girl who needs my lovin’ )

Previous Fridays I miss… 1. …having you wake me up from a weekend nap 2. …you eating the leftover macaroni and cheese. 3….playing the license plate game with you. 4….cooking…

Some days/weeks I get on these exciting blog hypes and write as often as possible, and then there are times like this where I don’t write at all. I actually…

previous fridays 1. You’re home and life is great. 2. You cut green chile so precisely that it makes me smile. 3. Taking a nap with you in the middle…

Yesterday was a pretty rough day. I had to say bye to Kenny and just have faith that I’ll get to hear from him again soon. Even though I know…

Hypothetically speaking, if you had the option to buy yourself a shiny new ride…you know, in the form of a sweet Italian scooter, what color would you get? I’ve been…

previous fridays 1. You gave me a “super awesome” bite of your food from Cracker Barrel. 2. I don’t know who was more excited to see each other, you or…