I’m sure a few of you were disappointed we didn’t actually name our baby Pickles, but I just couldn’t get on board with that name. As much as I want her to stand out in life, naming her after a sour snack isn’t the way to do it. Although, we did hear some interesting versions of Pickles—someone suggested we name her Picklina, which isn’t actually too horrible compared to some other names floating around out there.

So now onto how we named her Julia… 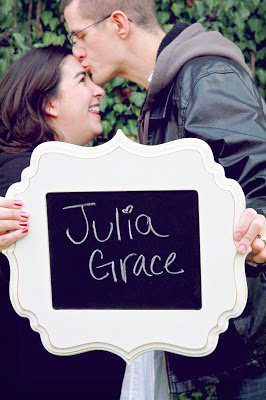 Way back when, around the time I was playing tetherball and four-square at recess, I loved the names Christina and Kristin, and I was almost certain that when I grew up and had a daughter I’d name her Kirstin (notice that little letter switch? I thought it was so beautifully clever). I clung to those names, probably because they belonged to the cool, blond-haired, popular girls, but put them on the back-burner, stashing them away for when I’d need them. But then I got pregnant and those names went down the drain. They’re lovely names, but they just weren’t right for us, and they weren’t right for her.

When I was around 11 weeks pregnant I had an inkling that I was going to have a girl. I never said anything about it out loud because I didn’t want to jinx it, but the feeling lingered. I actually had to convince myself right before the anatomy scan that if my mother’s intuition was wrong and I was carrying a boy, it would be okay.

Regardless of gender, my husband and I knew we wanted our baby to have a name that had some sort of Italian significance since she would be born here. I was so convinced that I was having a girl that I referred to her by this name even before the anatomy scan. My husband had to remind me that I should maybe think about a boy’s name just in case she was actually a he. It turns out my gut was right—the scans didn’t show boy parts.

So how did the name come about? The region where we live, like Tuscany, Umbria, or Veneto, is called Friuli-Venezia Giulia. I said our region aloud one day in that first trimester and my tongue lingered over the last word: Giulia. I repeated it several times in my head and then finally said it out loud: Julia.

It instantly felt right. We tossed around several names that all had ties to Italy either in spelling, pronunciation, or meaning, but we always went back to Julia. There’s something comforting about a simple, classic, and beautiful name, and while unique names are fun, we decided to go with the American spelling. Julia, just Julia.

As for her middle name, Grace? Well, it just felt right. We went through practically every name under the sun and paired it with Julia, but kept falling back on Grace. We knew the name was a keeper once my husband started referring to her as Gracie more often than Julia. Actually, more often than not, he calls her Gracie Lou Freebush…poor girl! I never knew the name Grace was so popular as a middle name until we let the cat (her name) out of the bag.

So that’s how we came up with her name! Out with Pickles and in with Julia Grace 🙂 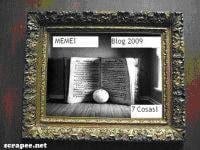 Awww, gee, thanks! I got an award this morning from Meg over at Adapting to Change! I shall “hang” it up on the side bar, but first I have to… 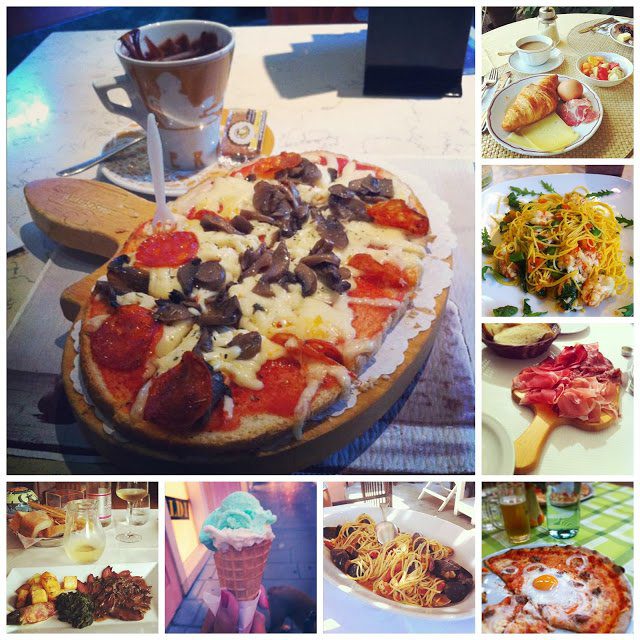 I literally can’t stop listening to this song, and I’m pretty sure that once Kenny leaves it’s going to be playing on repeat every chance I get. Here’s just one…

Hold the presses! Yesterday I learned that Southwest Airlines is bidding to buy out Frontier Airlines (here’s what Southwest’s blog has to say), and I was closely following all their… 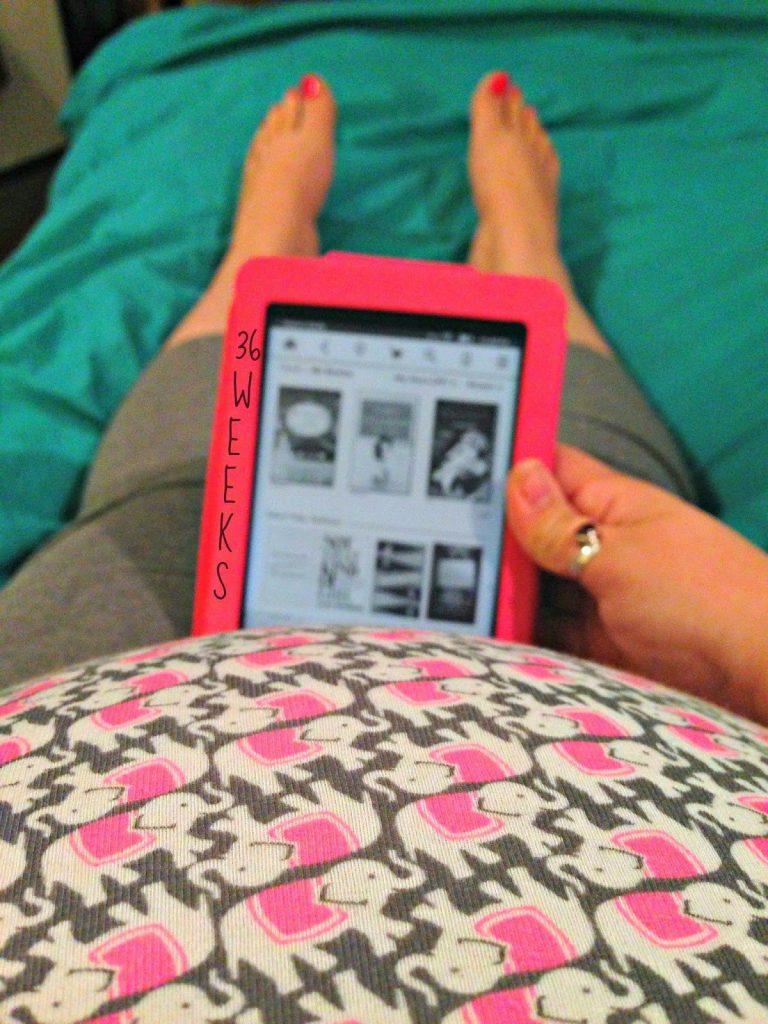 I’m nearing the finish line and closing in on the end of the pregnancy. It’s crazy to think that I’ll have a newborn in my arms in less than a…

I need a new blogger template. I love the concept of this one, but the colors hurt my eyes! Maybe I’ll get inspired sometime and work on the colors. Any…