It looks like rounding up the week like this may be a trend, a trend I’m totally cool with, because it’s fun! There’s so much I want to talk about, it’s just taking me extra time to write it all out, which isn’t normal for me. Then again, everything is a new normal these days and that’s a-okay.

The little one is currently talking (squeaking, which is really more like yelping mixed with some waaas) to her zebra and fish friends that are imprinted on her little playmat.

I’m currently drinking gallons of water a day. Not really, but
it feels like it’s that much. I’m also drinking coffee (vanilla
flavored Dunkin’ Donuts) with too much French vanilla creamer mixed in,
because plain coffee is gross.

W’re currently eating all sorts of deliciousness again. We’re creatures of habit and routine over here and I feel like we eat the same stuff over and over again since they’re quick and easy meals, but that’s okay, because they’re good! I know a lot of people post the menu they plan on having, but because I can barely think past her next feeding, here’s what we ate this past week: 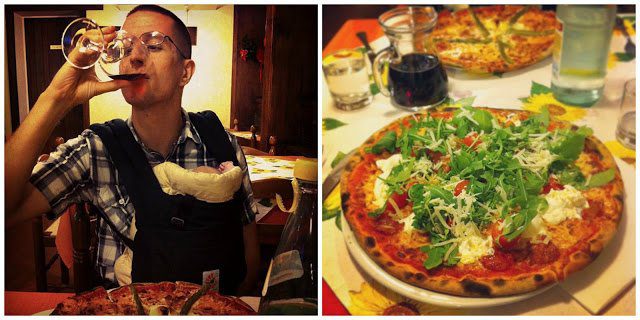 We’re currently enjoying all that Italy has to offer. (See above)

We’re currently wishing we could stay in Italy a little longer. I guess I never announced it here, but we’re moving back to Georgia in three months. No official orders yet, but they’re just days away from arriving. If you want the full story on why we’re leaving early (we’ve only been here a year and a half), you can read about it here. In the meantime, we have major sad faces* about leaving. Being close to home will be absolutely amazing, but still, as much as I’m excited for Target, Chick-fil-a, and going shopping at all hours during the day, leaving anywhere and starting over again sucks.

I’m currently loving being a mom. I feel like I’m finally getting into a groove. (I really hope I didn’t jinx that the second I typed it out.) Our nursing sessions are getting easier, she’s finally gaining enough weight to be off the doctor’s radar, and she’s smiling a lot more often. Baby smiles are unbelievable and can make any crappy moment instantly better.

I’m currently (although it’s been going on for some time now) obsessed with Zulily. I see something I want every single day and have to restrain myself from buying all the things. 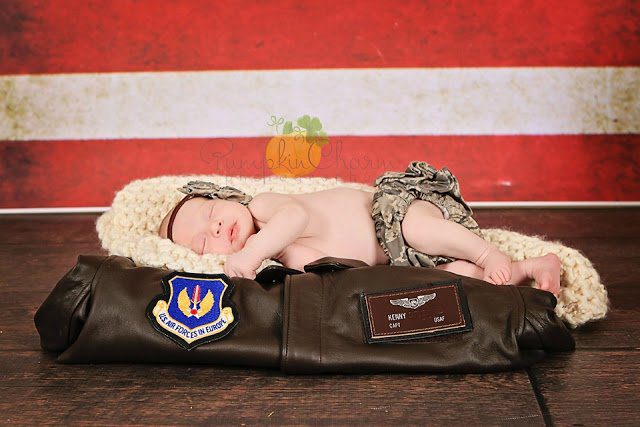 I’m currently dreaming about her future. She’s going to be a military brat (although, let’s hope “brat” is just relatively speaking here), so the world will literally be at her beck and call. I’m curious what her life will be like when she gets older. April is the Month of the Military Child and I wrote about it from my perspective in this guest post on The Young Retiree’s blog.

Speaking of blogs, I’m currently digging these posts that I read over the week:

I’m also currently laughing my face off after seeing these videos:

I’m currently offering 50% off sponsorship ads, but that deal is going bye-bye at the beginning of next month. Seriously, how is it almost May? Anywho, give your blog some exposure and get an ad for the month of May!

I’m currently off to feed my baby. Ciao, ciao!