I’ve mentioned it a few times, but except for the random McDonald’s
and Burger King, Italy doesn’t have fast food. They just don’t do it.
I’ve also harped on the fact that you’re usually out and about when
hunger strikes, and unless it’s during one of their very-limited hours,
restaurants simply aren’t open. Gas stations and grocery stores are also
closed during this time, so you better hope you’ve stashed some
emergency snacks in your car, otherwise you’re S.O.L. As much as I’d love
to be on board with not ever eating fast food, this has been one of the most frustrating things about Italy.

A few weekends ago I met some friends 30 minutes from my house for the San Daniele prosciutto festival. It was every bit
of delicious and amazing as it sounds—a whole festival devoted to the
thinly sliced, melt-in-your-mouth, ham. But I digress. The festival,
while it was close to home and had ample food, was all day in the very
hot sun. By the time I left, I was exhausted. On the drive home I
realized I was also hungry. Prosciutto is one of the tastiest
things on this planet but it didn’t fill me up. I had zero desire to cook when I got home and really
didn’t want to go out again, even to the pizzeria next door. Julia was just
as pooped as I was, so we wanted to just crash at home and have
food delivered to us.

I was contemplating the dinner situation, my stomach growling louder by the minute, while driving on a winding road through a little town when I saw something that made me do an immediate U-turn. 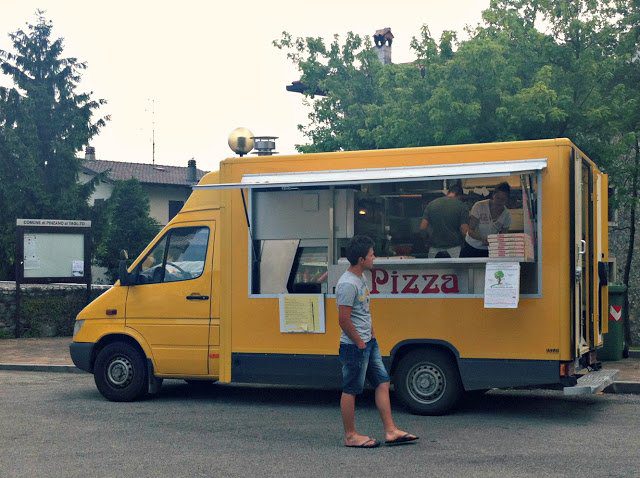 I stumbled upon Italy’s version of fast food and literally did a happy dance in my car as I wheeled my way to the food truck.

Fast food pizza? HECK YES! It was a cute couple (or brother/sister) running the truck, and from the looks of the constant flow of customers, they must go to that spot pretty often. I was there well before Italy’s dinnertime (8 pm, usually), and I saw several people picking up some pies for dinner. 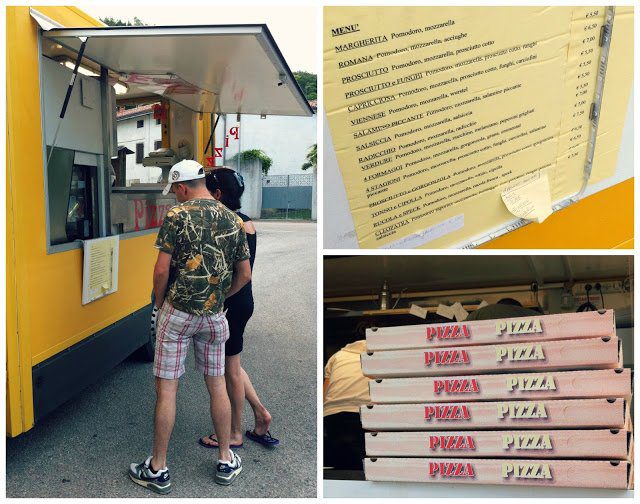 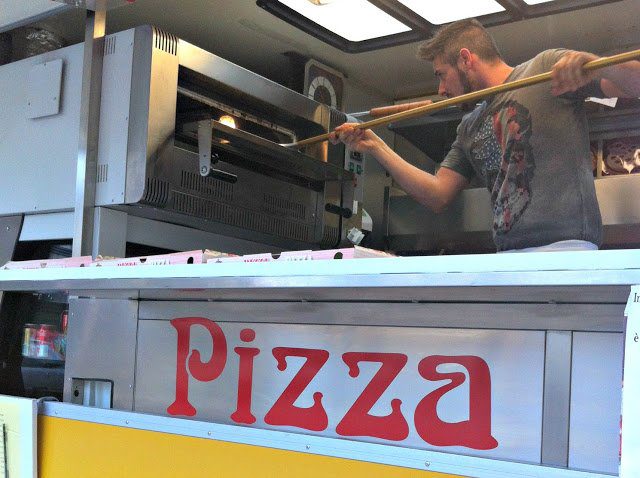 My pizza (prosciutto, funghi, and salamino) took about 10 minutes to cook and was perfect and totally hit the spot. Then again, I haven’t had a bad pizza since I’ve been out here. 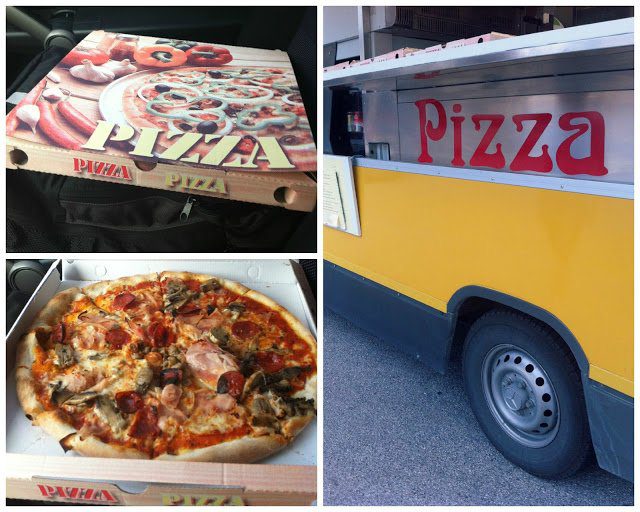 I had every intention of waiting to eat it when I got home. The plan was to put on a nice chick flick, put the baby to bed, and enjoy my pizza. But the piping hot pizza pie smelled too darn good, so I kinda ate it all on the way home. I was extremely thankful it was a sturdy pizza; a lot of times pizza here has to be eaten with a fork and knife.

These eye-talians sure know how to make a good fast food pizza!

For lunch today I had my new favorite frozen meal. It was nothing like this one. Nope. This frozen meal today was actually delicious. Yup, I just said “frozen meal”… 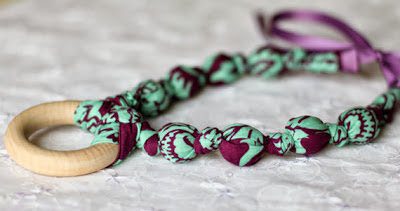 I found some pretty awesome stuff around the ‘net over the past month, and I want to share it with you. I really need to do a post like this… 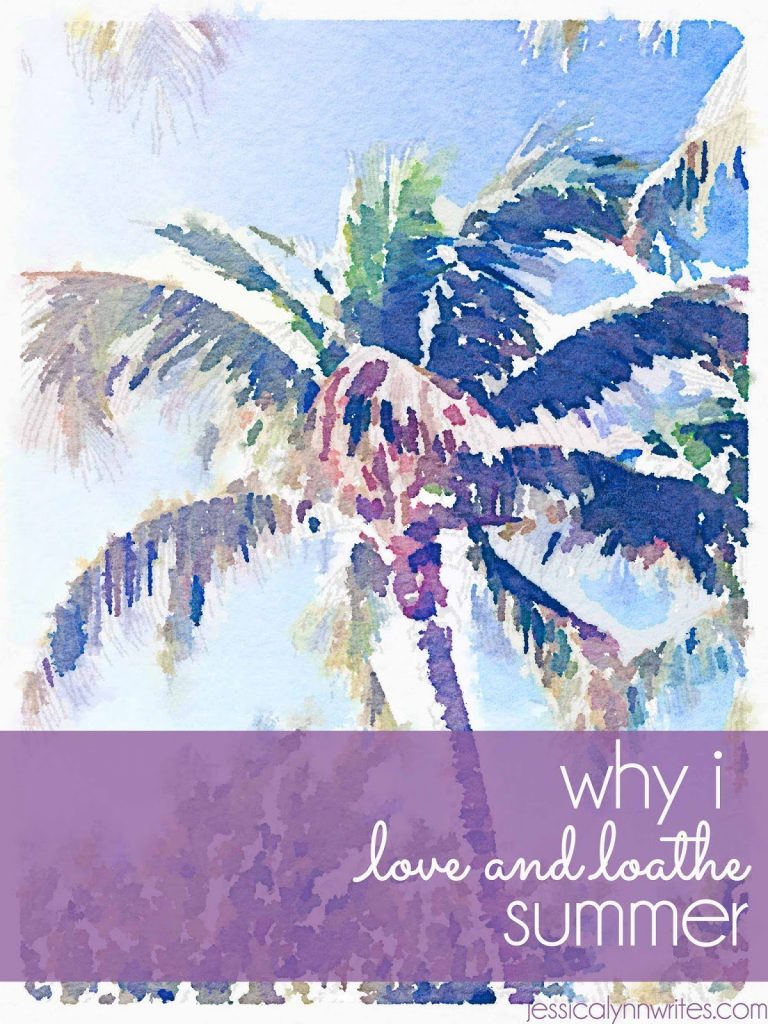 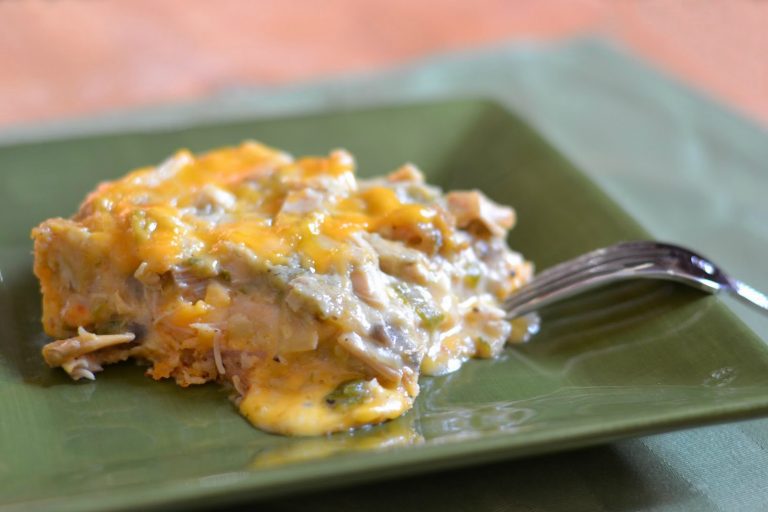 I grew up eating green chile chicken enchiladas—they were a staple at pretty much every family event—but I never bothered to ask my aunts how they made it. I mean,…

I’m so excited to share my latest venture with you. Yesterday, SpouseBuzz announced yours truly as their newest contributor! My first post, “We’re Moving Where?” went live today, and it’s…