I wasn’t expecting culture shock to hit me when we came back to America. After all, I only lived in Italy for a smidgen less than two years, and I visited the states multiple times. So color me surprised when certain things started throwing me for a loop. I actually didn’t recognize that it was culture shock until my husband pointed it out.

Moving to America with just the clothes on our back (and other stuff crammed in suitcases), meant we needed to buy everything all over again. My first culture shock moment happened at Target of all places. I had my list in hand and we started tackling it, starting with the first item: laundry detergent. 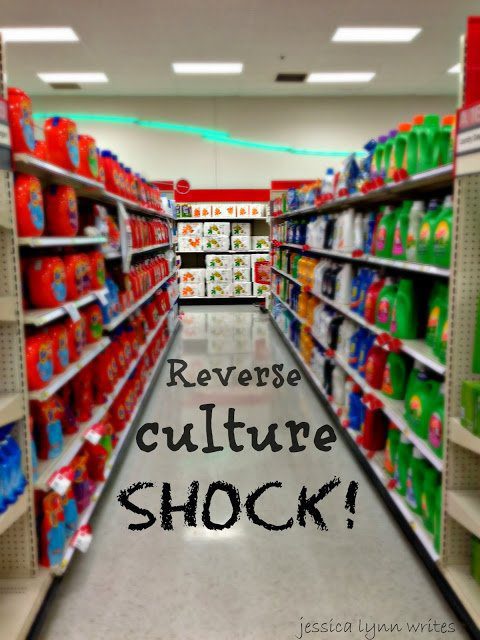 I stepped into the laundry detergent aisle and just stood there. I looked at the floor to (almost) ceiling selection and my eyes blurred over the sea of bright orange and green containers sitting there in front of me. I was frozen and literally didn’t know what to do. I tried to read different labels and figure out what to get, but that just made things worse. There were too many choices: a million different scents (which meant I’d have to open every single one of them and give ’em a whiff, of course), tons of different water temperature options, color/bleach decisions to make, and the sizes that everything came in was completely overwhelming (I mean, is “mega” really that much more than “super”?).

My husband saw anxiety start to consume every ounce of me and asked if I was okay. Instead of answering him I mumbled something and quickly backed out of the aisle with zero detergent in hand. He ended up grabbing some random detergent (that we’re stuck with now for at least 50 loads) and we went on our way. The rest of that shopping trip went on without a hitch; I just know to take a shot of something the next time I attempt going down the detergent aisle.

The other culture shock moments aren’t as dramatic, but they’ve thrown me for enough of a loop that I feel the need to mention them:

The Driving: We lived in a very rural part of Italy and on our 30-minute trip to and from our house and the base, we figured out a route that had us avoiding stoplights. There was also very minimal traffic, and unless we were on the autostrada (freeway), I really never had road rage. Of course, that all changed the second we started driving in ‘Merica. I never had any freak outs while driving, but there are just soooo many cars on the road here! And the stoplights drive me up a freaking wall, because they last soooo long. I know I was an impatient driver before we left, but I’m even more impatient now when we’re waiting forever for a light to change. 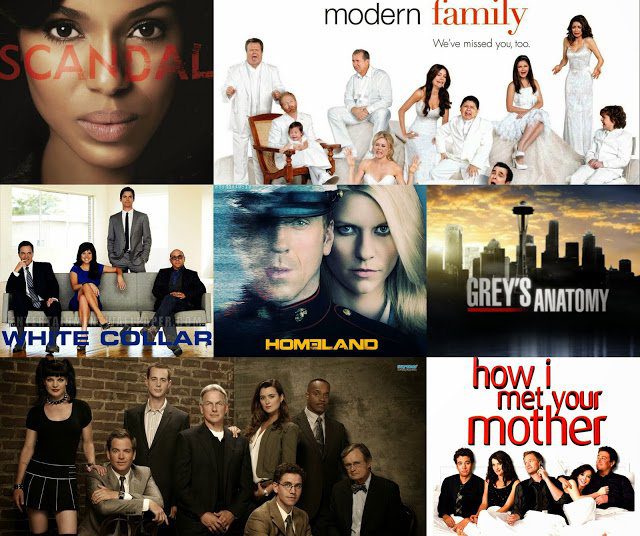 The TV: Ugh. So. Many. Options! Now that the new fall shows are starting, I’m feeling completely overwhelmed. Once we get into our house and have the DVR setup, I think my anxiety will diminish, but for right now, I can’t handle figuring out when things are going to be on. In Italy we had our television hooked up to a computer and we “watched TV” via the Internet. Basically, I knew what day shows aired in America and then I’d watch them (at my leisure) the next day, once they were uploaded online.

Baby stuff: Aviano Air Base had an average of 350 women give birth a year, but their “baby section” was horrible. They had the absolute bare necessities and that was it. They sold cribs and mattresses, but didn’t have crib sheets to go on the mattress. They zero changing pads, no crib bumpers (not even the mesh kind), and, because so many women were always pregnant/having kids, when they did carry something, they were usually out. On the bright side, I didn’t know what I was missing until I walked into Babies ‘R Us…and then I freaked out. I just about fell over when I saw an entire wall just for pacifiers, and not just that, but they had an aisle for EVERYTHING. Let’s take nipples, for example: There was the general aisle for nipples, then within that section they have each brand, and within the brand there are multiple options: different sizes for different ages, different colors, different quantity options. Shoot, I think if I looked hard enough, some of those nipples would even come with a boob attached! And don’t even get me started on the car seat and stroller section. Overwhelming doesn’t even begin scratching the surface for all the baby stuff.

Fast food: I’ve mentioned the lack of fast food in Italy more than a handful of times on here, so I’ll spare you that rant again, but actually being back in the land where I can have anything I want at any time I want is just crazy (or “cray cray” as my husband has started saying). Part of me is really happy we’re doing paleo right now, because it spares me having to wonder where I’ll get food since we plan and cook the majority of our meals at home. I have, however, had a few instances where I’ve been on the road and needed something “on the run.” The problem is that there are, once again, way too many options and I have no idea where to go. I also don’t know what I want to eat and I usually stare at the menu for much longer than is socially acceptable. I’ve resorted to going to Starbucks a lot, because they’re A) patient with me there, B) I can always use more coffee, and C) a drink will tide me over until I can figure out what real food I want.

Have you experienced reverse culture shock before?