You guys, this post is so overdue, and the only excuse I have is this: life. Life—in the absolute best way possible—just happened; my husband was home from his deployment so I was catching up with him, we were getting last-minute things ready for our baby, then we had the baby, then we moved; blah, blah, blah, yada, yada, yada, and well…you definitely get the picture. But seriously, this post is so very much better late than never.

There’s one thing you should know: My Italian baby shower rocked my socks off.

Picking a day was the hardest part of the whole endeavor since we didn’t know when the deployment would end, and I didn’t want to have a party on my due date (ha, I actually thought she would arrive early—she was a week late). To play it safe, we planned it for just after our homecoming. The guest list was smaller than we originally planned, because all of my squadron
friends were off visiting Europe with their husbands. I, on the other
hand, couldn’t go out of a one-hour radius at that point, which meant it was the
perfect time for a shower!

You know what’s awesome? When two of your friends know you so well that they plan the perfect baby shower for you. I also just need to say how grateful I am that they did this. Neither of them have kids, and I know they’re not too fond of showers,
so for them to take the time to plan this and make it as amazing as they
did, truly means so much to me, even now. They didn’t tell me anything about what they had planned, but I knew Amanda and Tessa definitely knew how to throw a party, so I wasn’t worried.

Don’t believe me? Take a look:
(And thank you, Amanda, for taking the photos!!) 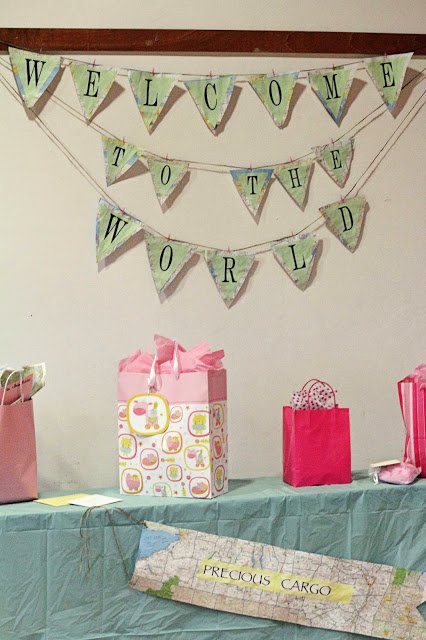 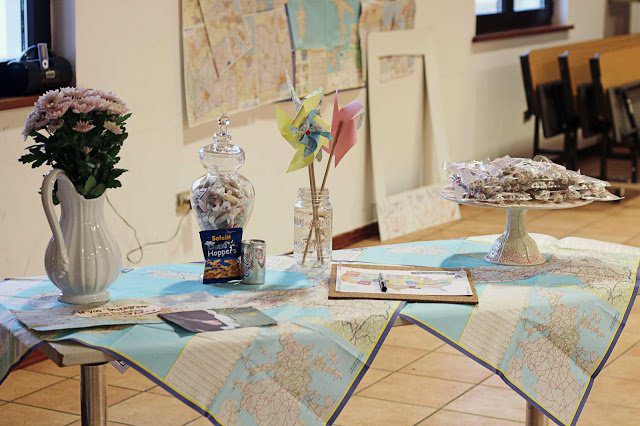 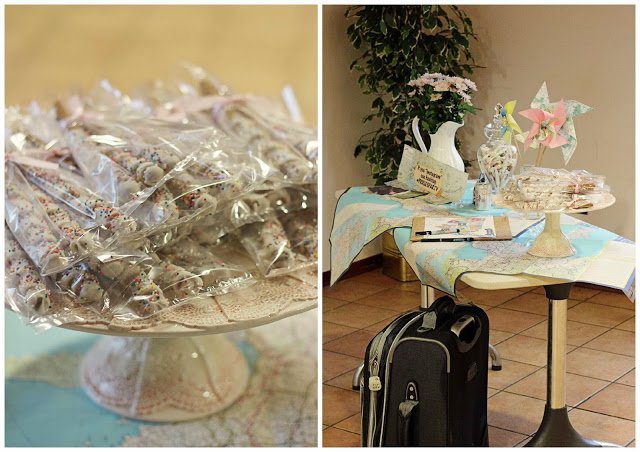 The “boarding area” was just adorable. The table was covered in maps and each guest signed a map for where they’re originally from (oh, the fun we military wives have!). I love how inventive they were for a guest book! And of course, no party would be complete without having its own personal hashtag! (#PicklesParty) 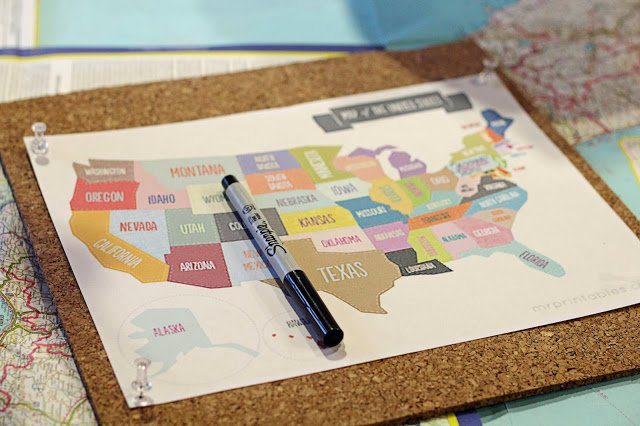 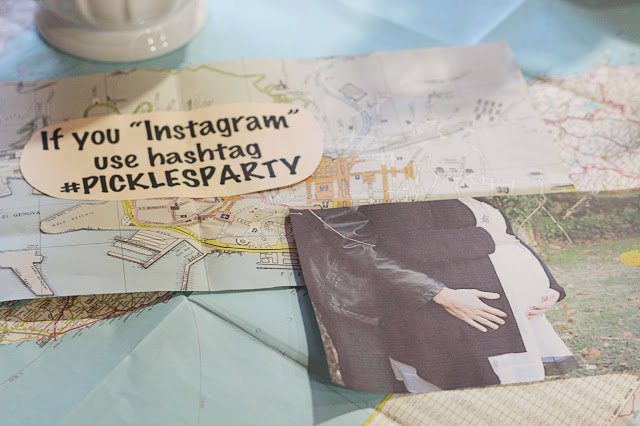 They carried the travel theme throughout the decor. Amanda and and our friend Holland made map pinwheels and then stuck them in mason jars filled with candy! I just about fell over from how cute it was. Not only were they adorable there, but I kept a couple and they’re in Julia’s nursery now! 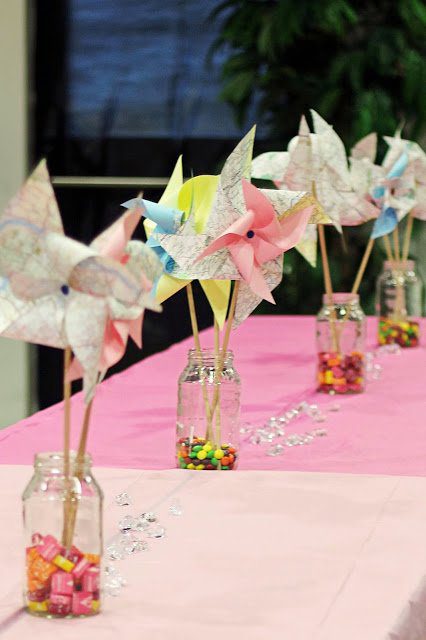 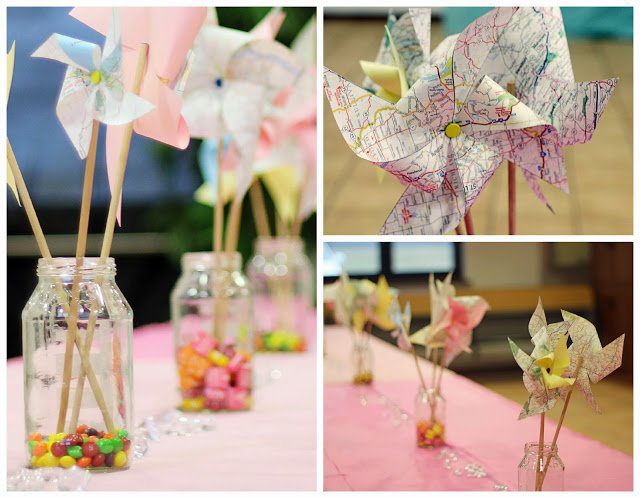 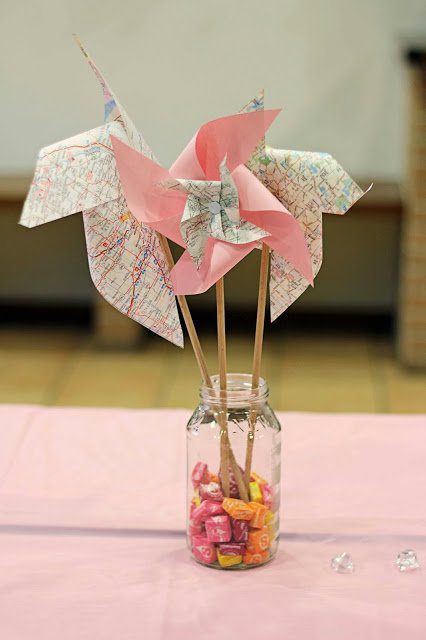 No trip is complete without an in-flight meal! The girls did this potluck style and it was all delicious. And of course, I love how they used maps as tablecloths. So clever! (the picture was taken before all the food arrived, so it definitely filled up) 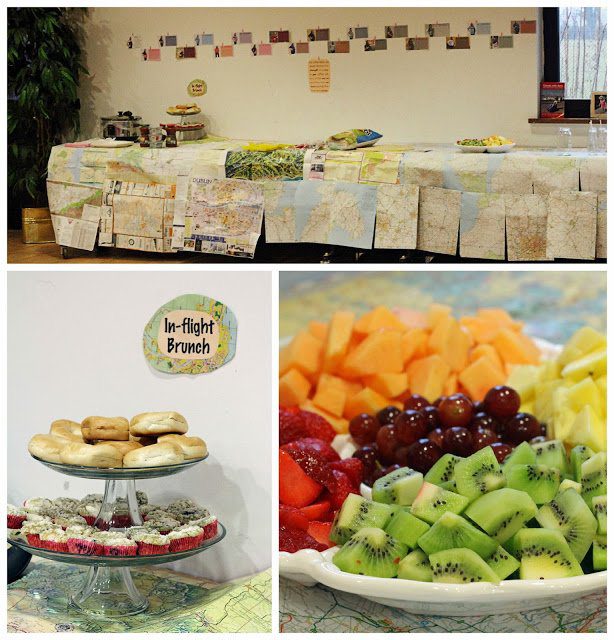 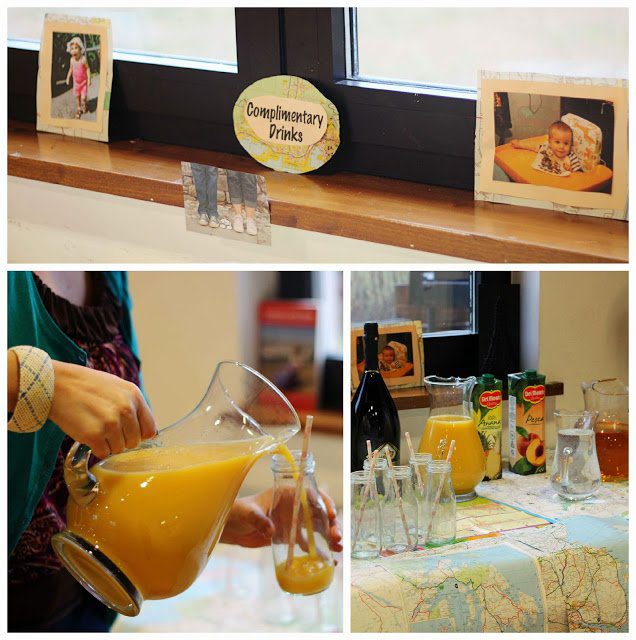 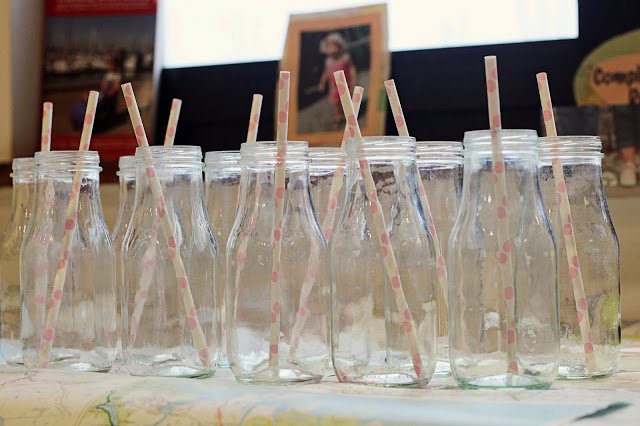 Remember those monthly bumpdates I did? They printed them all out and made a timeline out of them to go above the buffet table! It was SO cool to see hard copies of the progression. 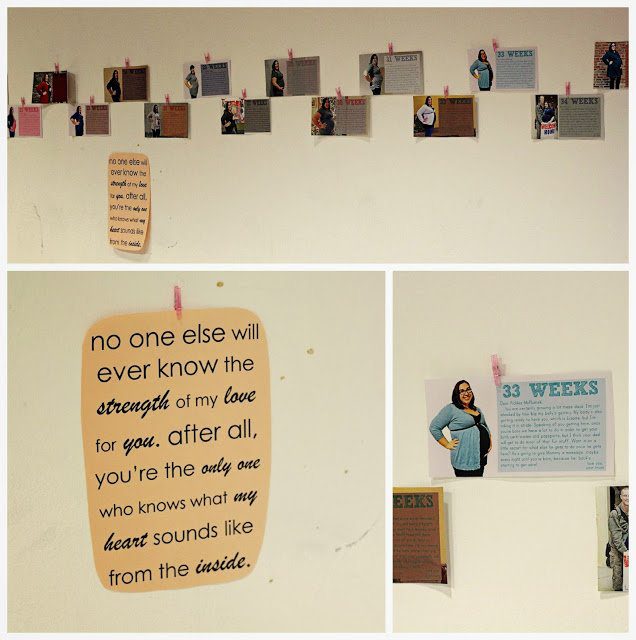 Once we had our fair share of food, it was time for cake and presents! Oh, you guys! This cake was amazing! My friend Bree makes the most exciting cakes and I was lucky enough to get one of her creations at my shower. Her availability fills up FAST, so I was pretty sure she was already booked, but they must’ve pulled some strings, because she whipped up something pretty freaking cool! 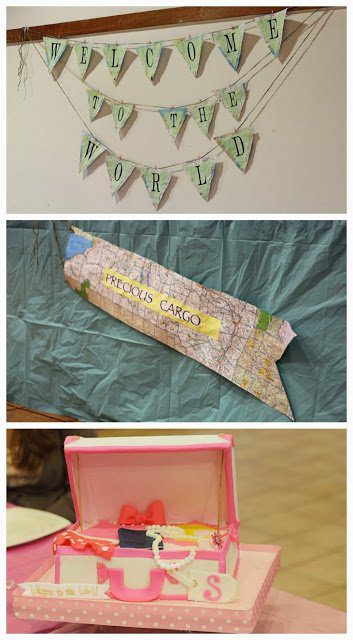 Yeah…that’s a pink suitcase cake, complete with an adorable dress with a bow, a pretty bib, a pearl necklace, a pacifier, her first passport, and a luggage tag (nobody knew Julia’s name yet, so she did an “S” for her last name). And the back was just as fantastic since it was adorned with travel “stickers” for places we’ve been. What’s that? You want to see more pictures of the suitcase cake? Okay! 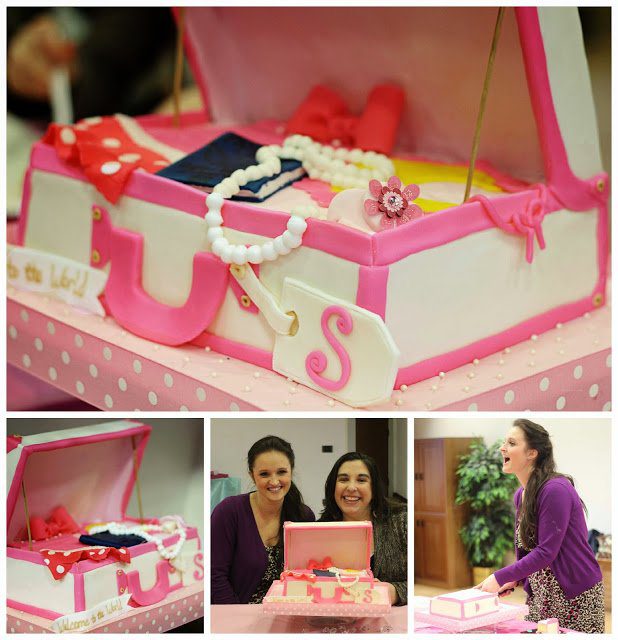 Don’t mind my eyes being closed; sometimes you just have to blink! That’s Bree there with me and her on the right cutting the cake. I believe it was strawberry lemonade flavor and it tasted as good as the cake looked. So much fun! I actually kept the fondant luggage tag, pacifier, and passport, but they arrived in pieces from the move. I was kinda sad about that 🙁
While we enjoyed cake it was also time to open presents! I got some fabulous items (but I made the most ridiculous faces while I opened them, so we’re just going to skip over that. The funny thing was that out of everyone there, only two of them were moms, so when they gave me things like butt paste, nipple cream, and ginormous pads, it sparked many conversations! Oh, the things babies put you through! (Thanks for those items, by the way, friends, they were useful!) She also got adorable outfits, sparkly shoes, and handy dandy towels and such. 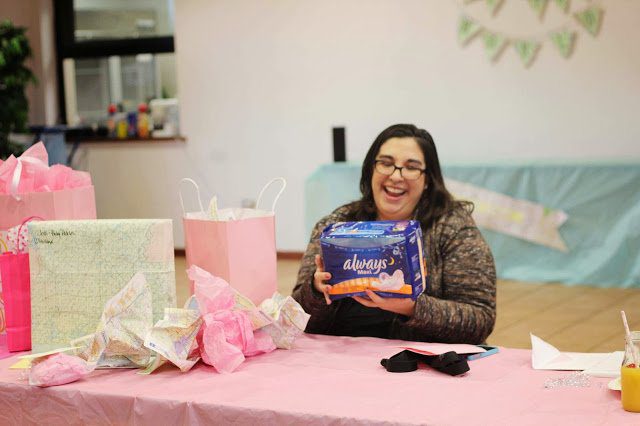 Next up: games! I don’t know why games at showers is so controversial: I LOVE them!
First was a game of mad-libs that also doubled as advice, advice that made me laugh a lot. I kept all of the papers and they’re in Julia’s baby book; I know they’ll be a lot of fun to read when she’s older. The beginning was all about how I met each of the girls, followed with a question asking what we were naming her; I loved reading the responses to everything! 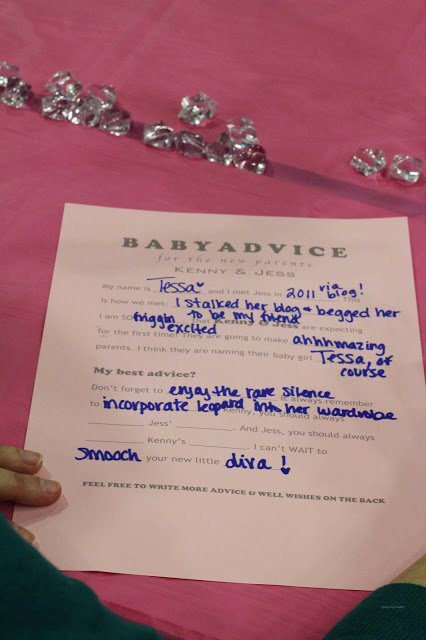 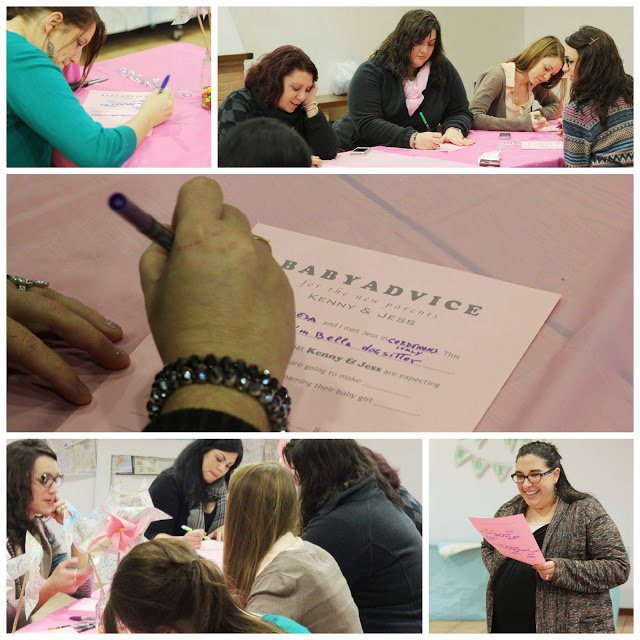 Then it was the guess-how-gigantic-my-belly-is game. Go figure that someone actually guessed the exact right amount of string! Winner winner, chicken dinner. Only they didn’t get a chicken dinner…I think they got a bottle of Prosecco or something like that.

And last, but absolutely not least, was another cool part of the shower. I’m telling you, these girls thought of everything. No party would be complete without a photobooth! 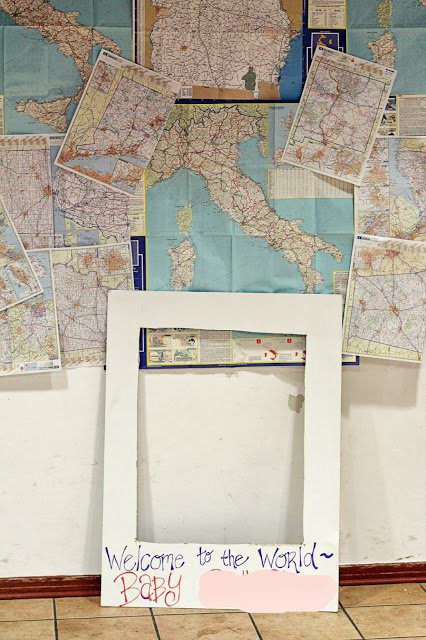 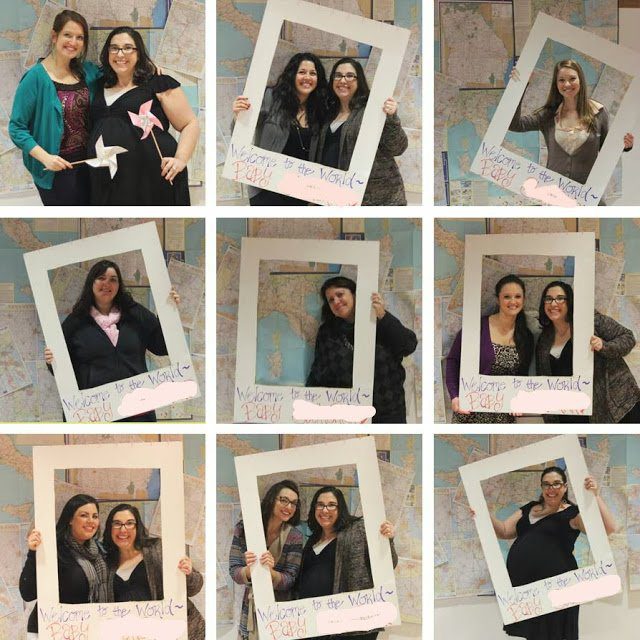 And that’s it! The post, much like little Miss Julia, was long overdue, but very much worth the wait, right?

*Click here to see my other “Cute-as a Button” shower!