Two craft posts within a week (see my DIY Burlap Wreath)? Crazy, I know! Know what else is crazy? Christmas is TWO weeks from today, so I really wanted to get this up ASAP in case you need some last minute decor up in your casa. Now about how I made this, because this is the really cool part. There’s one thing you should know about me: I can’t draw. I know writing isn’t drawing, but I have horrible penmanship all around; my handwriting seriously looks worse than if my 9-month-old daughter scribbled something.

So how in the world did I make this look so gosh darn awesome? Two words: carbon paper.

I opened Photoshop and set the image size to the actual canvas size that I was working with (22″x30″, I believe), and then picked what fonts I wanted to use (Bombshell Pro and Mossy), and played around with different hues.

From there, I typed out what I wanted to say so it would be the actual size when I printed it out. Which leads me to the next step: I printed it out. Then, I taped the pages down where I wanted them to be on the canvas, placed a piece of carbon paper underneath, and started tracing the letters. Easy. Peasy. 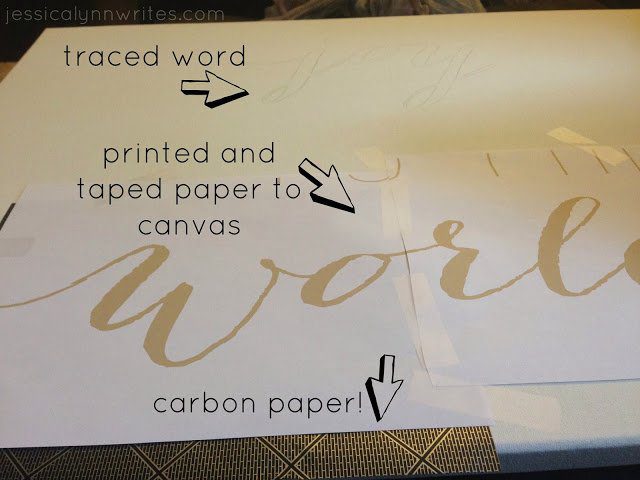 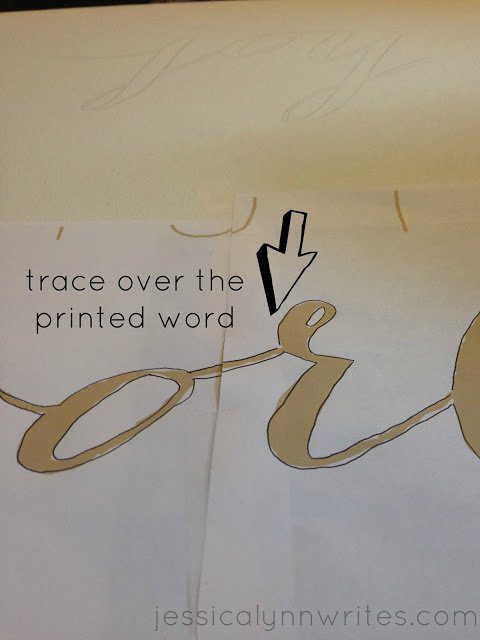 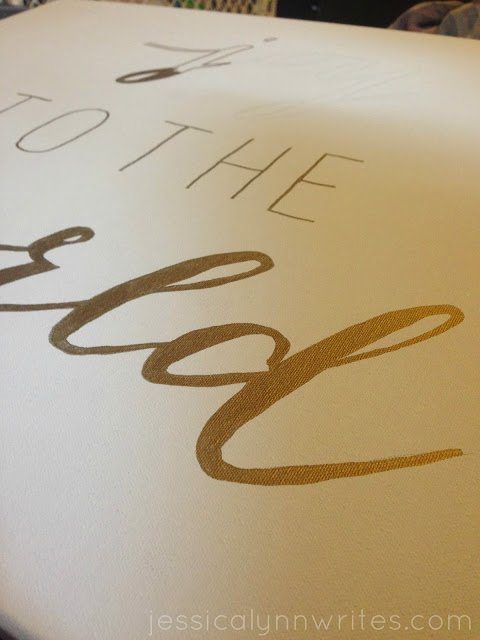 Once the tracing was complete I started filling in the letters. I almost went with acrylic paint or paint pens, but I found metallic Sharpies for half the price, so that’s what I used.

The whole thing set me back $15—at most—and now I have enough carbon paper to last a lifetime and three colors of metallic Sharpies. I’m already dreaming up more projects now that I can “draw” and “write” basically anything I want on canvas. I know this may sound silly, but I’m thrilled with how this looks and I often catch myself just staring at it!

I have to be honest, this is (possibly) half finished. I have plans (and the stuff for it) to add stenciled glitter snowflakes, but I don’t actually know if I’ll get around to adding it this season. That’s kinda how I roll with
crafts; I’ll start them and then sometimes not necessarily finish them. I’m also thinking about adding a layer or two of glitter mod podge to it so the whole thing will have a light shimmer. Luckily, I think this looks pretty good on its own, but snowflakes and glitter could add a certain pizazz. What do you think? Should I just let it be or add a bit more oomph?
If you make your own DIY Christmas canvas art, what would you write on yours?