‘Tis the season for sales, right? I promised myself that I wouldn’t step food in a store on Thanksgiving day. It really got on my nerves that stores would even think to open on Thanksgiving Day; that’s a day to spend with your family—not a day to shop.

And then I read the ads that Thanksgiving morning with a cup of coffee. Darn those ads. DARN THEM!

My husband and I have been toying with the idea of getting an iPad (I’m a Mac girl and he’s a PC guy), because it’d be convenient to FaceTime when he deploys. Yes, we could use Skype, but it honestly hasn’t worked as well the last few times we tried it. Anyway, we’ve been back and forth about getting one for months, if not years, and then the Target ad came out and said they were offering $100 gift cards with the purchase of an iPad. Since Apple products are never on sale, this was the best it’d ever get. DARN YOU, TARGET!

I was even more angry now that stores were opening later that night. How dare they! But I put it out of my mind while we enjoyed our dinner. Then dinner ended, our guests went home, we gave the baby a bath, I nursed her and put her to bed, and noticed the time: 7:55 pm. Target opened five minutes later. Everyone was gone and my husband was working on cleaning up the kitchen. I told him that the sale just started, and after going back and forth with pros and cons, we decided I could head over to Target to see about getting an iPad. If they were out, oh well, and there were any still available by the time I got there, cool. Either way, I wasn’t going to push and shove my way into this purchase.

I picked up my mom on the way to the store and off to Target we went. There was a line outside, but it was moving quickly, so I hopped out of the car and stood, shivering, with other silly money-saving fools. Target was clever with their sales, because once you got in the store, they wove you around a little maze, placing ridiculously cheap things in your path to distract you, and it just so happened that the Apple products were at the other end of the store. I made a bee-line towards the electronics section and stood in a long line where I made friends with the people around me; there were a lot of people in front of us and we had no idea how many products were available. Inch by inch, we moved up and then the numbers came out: the iPads were dwindling quickly and we didn’t know if we’d make it; the numbers didn’t look good for how many people were still in line.

All of a sudden, I started getting worried that I did all of this for nothing. Somehow, though, by the time we got up to the front, there were a few left; I felt so bad for the people in line behind me! The cashier was ridiculously patient as I figured out which one I wanted (out of the options that were left), and an hour and a half later, I walked out with an iPad and a gift card promising my return. Don’t worry, I yelled at myself for going back on my word and going shopping on Thanksgiving. Shame on me, but really, shame on the companies for opening on Thanksgiving. If you have it on sale, they will come.

Long story not short, I’m still really annoyed at this new “Brown Thursday” phenomenon, but I’m happy for our new iPad. *Actually, before I got it, my husband said it could be his Christmas gift, so obviously I’m not giving
it to him until the 25th. The problem is that now begs me for it basically every five
seconds. Should I give in and let him have it early?

Since I think sales should stick to the two traditional days (Black Friday and Cyber Monday), I’m offering a one-day only sale on ads*. This is the best deal you’ll see for a long, long time (some prices may go up next year, *hint hint*). If you’ve been thinking about advertising, now would be a good time to try it out! 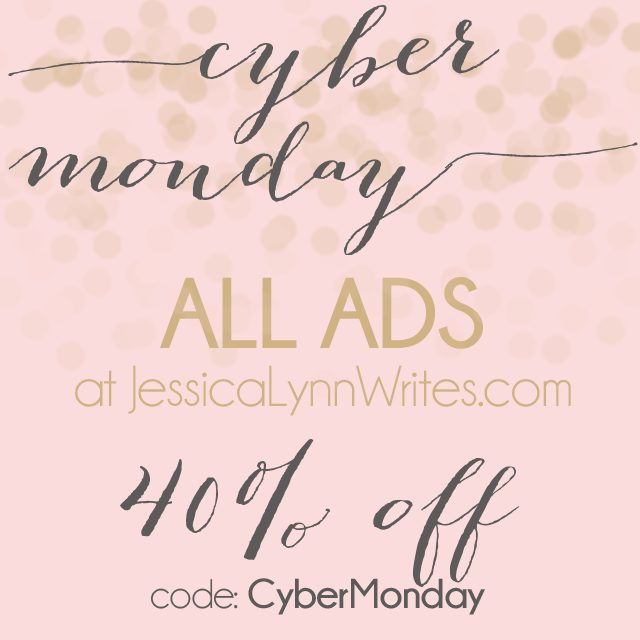 In addition to ridiculously low prices, I increased the ad sizes, so now you get even more bang for your buck: 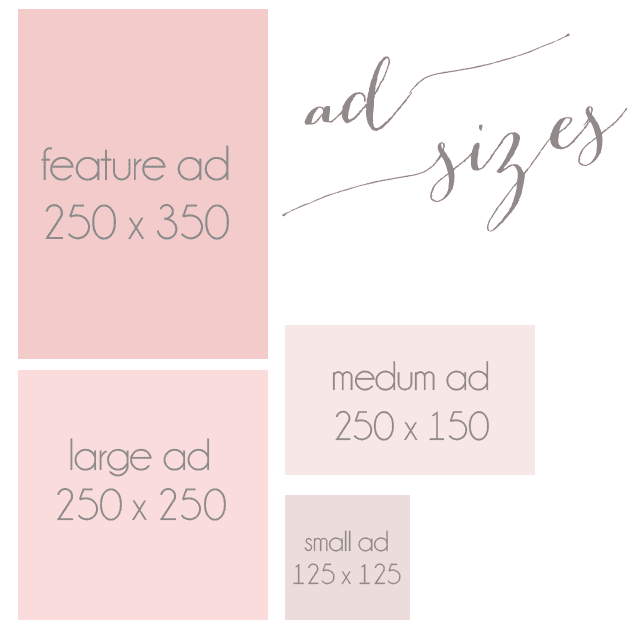 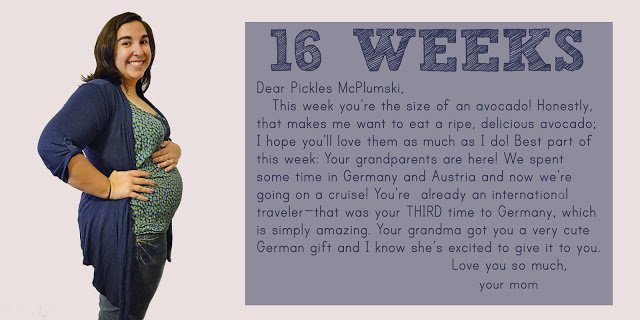 I’m writing this as I’m walking out the door. Seriously, my dad is trying to get me to hurry so we can leave—we have a cruise to catch in Venice!… 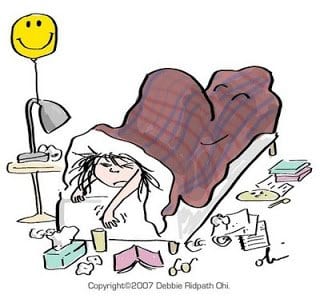 The lack of comments from my last post makes me think you guys don’t like hearing about sore throats and silly things called uvulas. Fine, fine. I’m still sick today,…

During my lunch break today I caught up on the blogs in my Reader. Via another blog, I read a particular post that was so gut wrenching I had to…

I’ve been meaning to write this post for quite some time, because I happen to know some amazing people in real life who blog.  These are blogs I highly reccomend,…