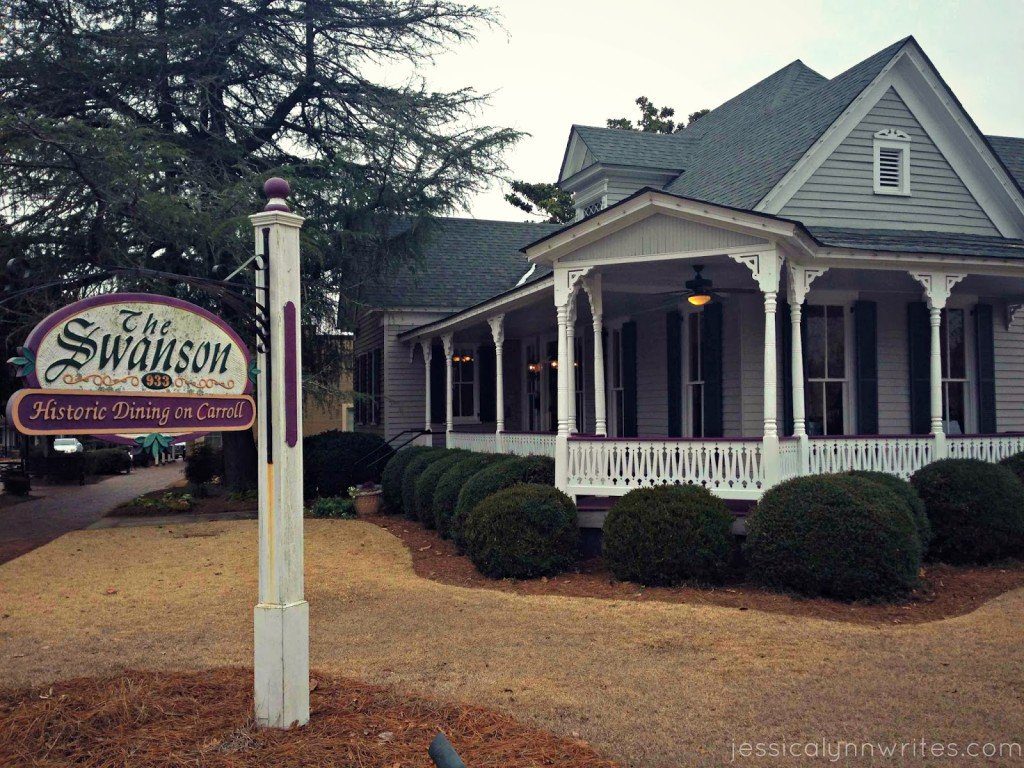 A few weeks ago we went exploring again for a new place to eat. It was past lunchtime, thanks to a baby’s nap that went a little longer than normal, and we were all pretty hungry. I remembered driving to Perry, a little town about the size of a thumbtack, the last time I lived in Georgia, to eat at this restaurant with girlfriends, and decided to give it a shot again.

The area where The Swanson Restaurant is, is absolutely adorable. It’s the perfect example of a (tiny, tiny) Small Town, USA. The scene is set with hand-laid brick sidewalks, overgrown trees, and the charming southern house sitting on the corner pulls the whole thing together. 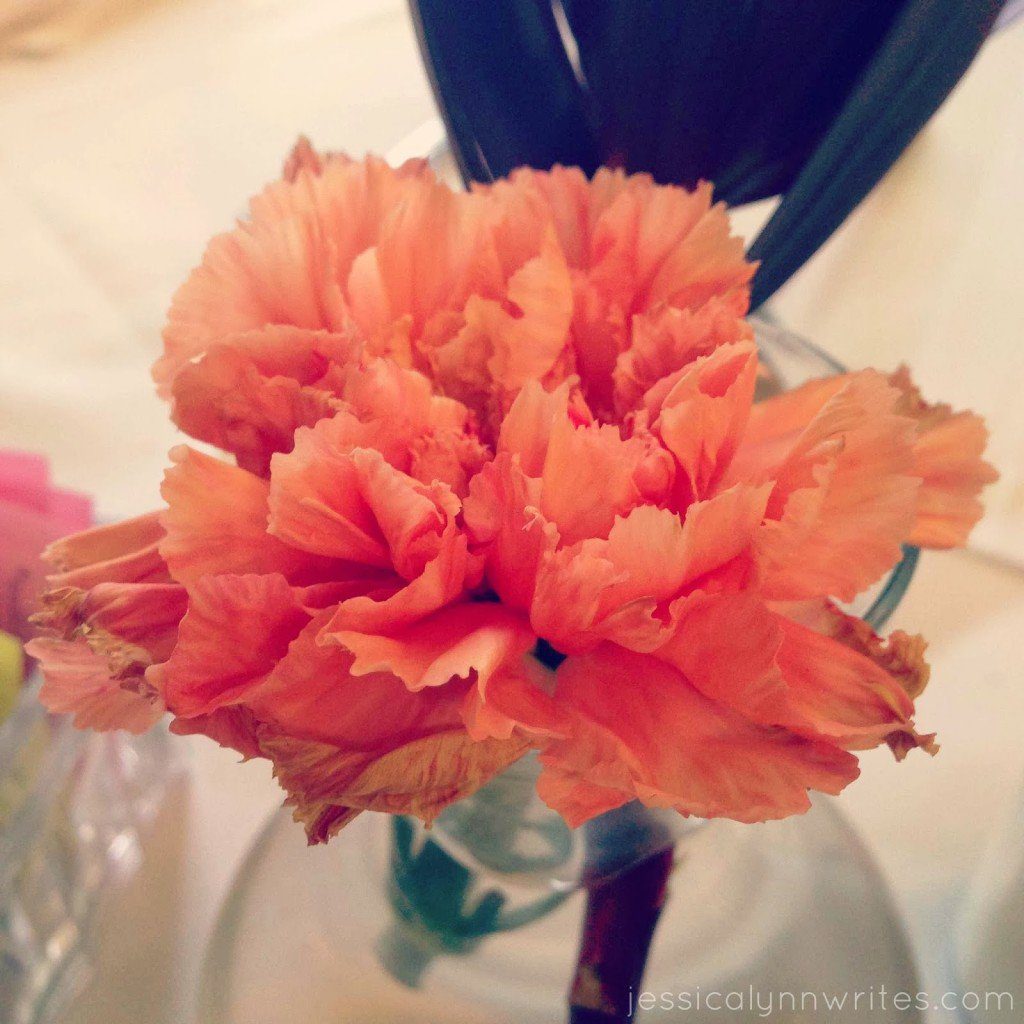 The Swanson House Restaurant dates back to 1790 when it was a livery stable, and later developed into a three-room house in the late 1800s. Its namesake comes from Ms. Norrine Swanson Jones, a kindergarten teacher and organ/pianist, who lived there in the 20s (her father added on an additional three rooms), but it’s now owned by the Sheridans, who take pride in maintaining the rich history, offering home cooking, and providing the ultimate southern experience.

Aged wood floors, high ceilings, and brightly colored walls greet you as you enter The Swanson House. Despite getting arriving close to two, the place was still packed, but we got a table quickly. As we looked over the menu, the waitress brought out the most delicious bread. 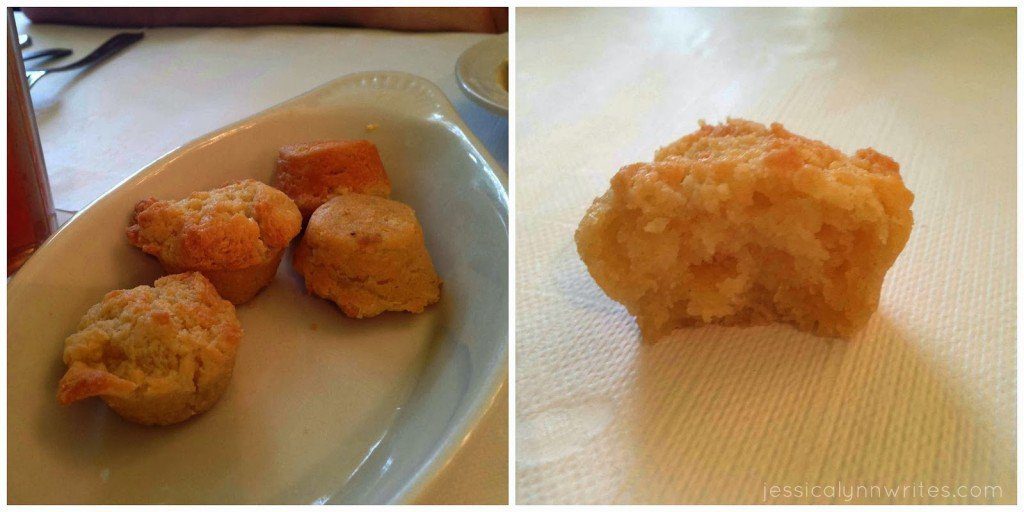 It was like a cross between a buttery biscuit and corn bread. It practically melted in your mouth and I easily could have devoured all of them in a matter of seconds. Even though this was our cheat meal for the week, I limited myself to two of them. Okay, two and a half. Fine, I had three.

The menu had all the southern classics you’d expect, including fried green tomatoes, quiche, and cornbread dressing, so I decided to go with something I’ve never had before: chicken ‘n dumplings.

So it looks like there are two different ways to make dumplings for my meal: one is that they come out like biscuits and the other is a doughier noodle—but not as thick as gnocchi. Personally, I was looking forward to the biscuit variety, but they brought out the noodle type. I was slightly sad about this, but it ended up being really, really good. I may have licked the bowl. I also got the collard green soup (a bit salty, but lots of flavor and a great inspiration for what I can do with leftover collards at home), and sweet potato casserole (super sweet, so I ate a few bites as dessert). 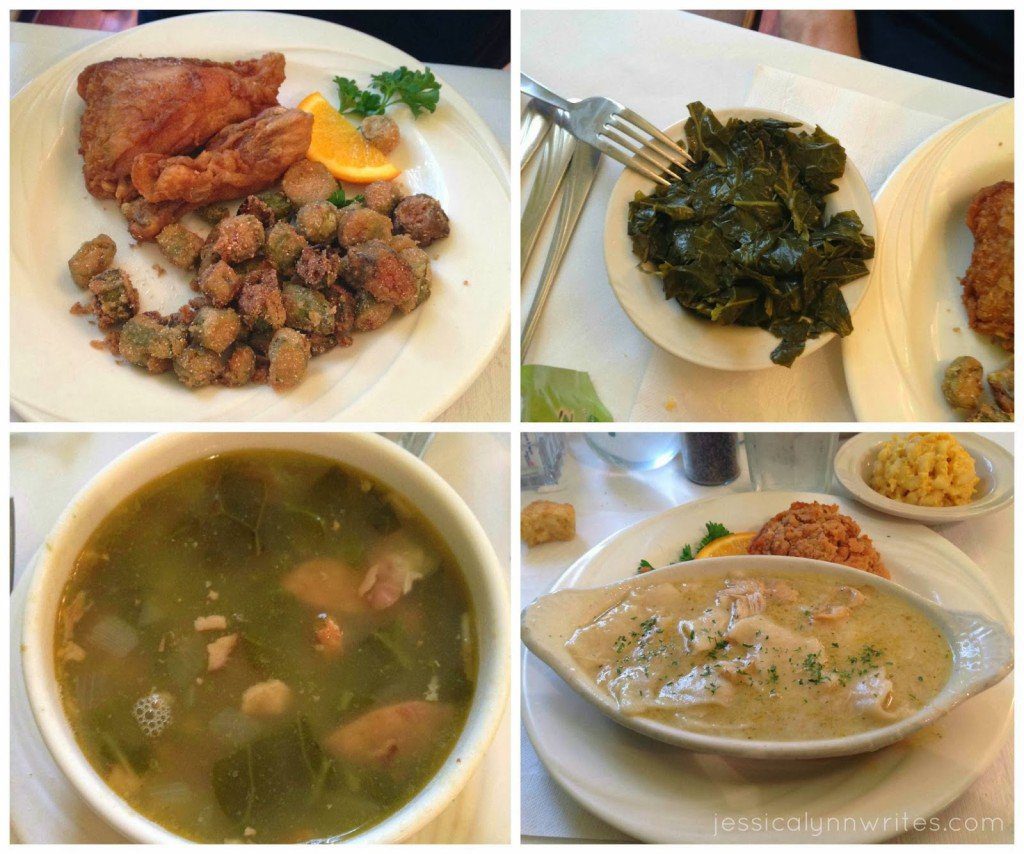 My husband ordered fried chicken with collards and okra for sides. He commented that “everything was good,” and since he wiped his plate clean, I’ll take that as a good sign.

Julia gobbled up her mac n’ cheese, both of our collards, and some chicken. We were selfish and kept the corn biscuits to ourselves. 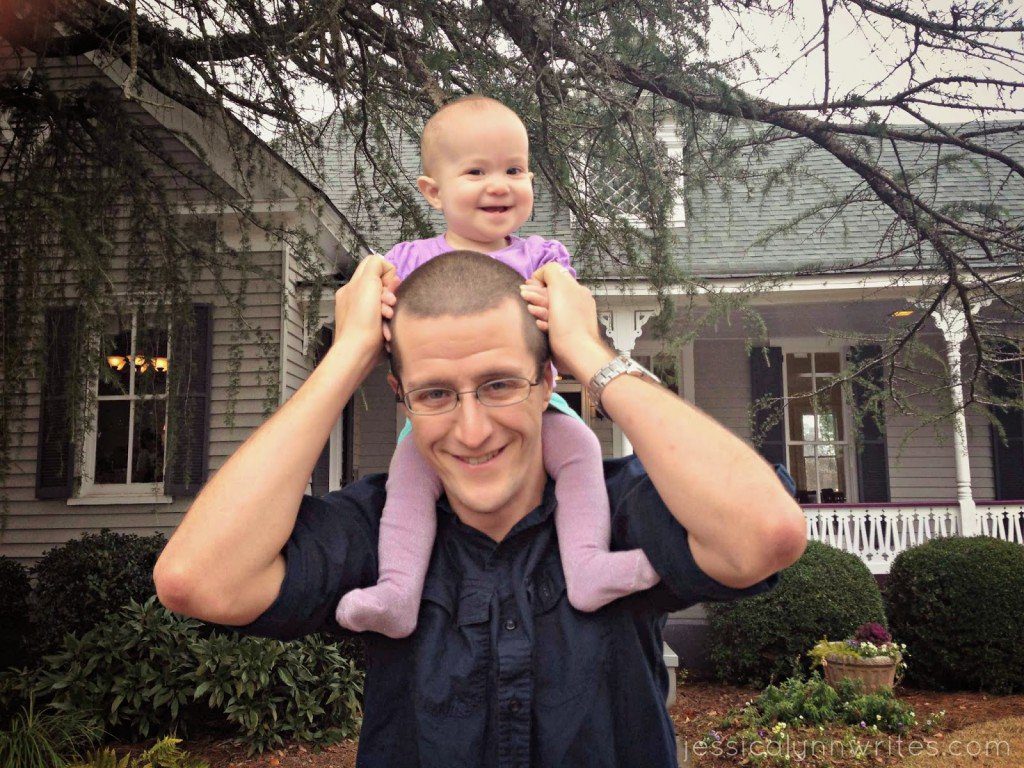 All in all, we really enjoyed lunch and liked walking around Perry’s downtown after eating. I think it’d be a great place to take visitors when they come into town.