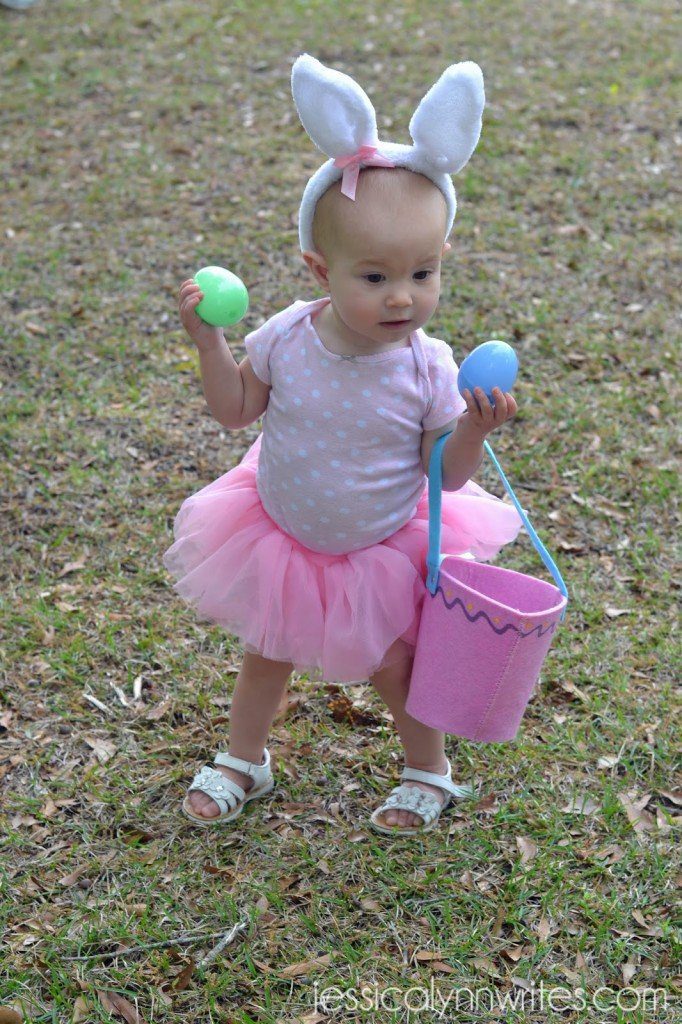 I saw it from behind the lens at my husband’s squadron’s Easter egg hunt. I did a double take when I looked through the viewfinder, not believing I was focusing on the right girl. She just looked so different walking around in her little tutu, butterfly sandals, bunny ears—the bunny ears she put on all on her own, by the way—and dangling her basket on her arm like a purse. I could barely handle the cuteness! 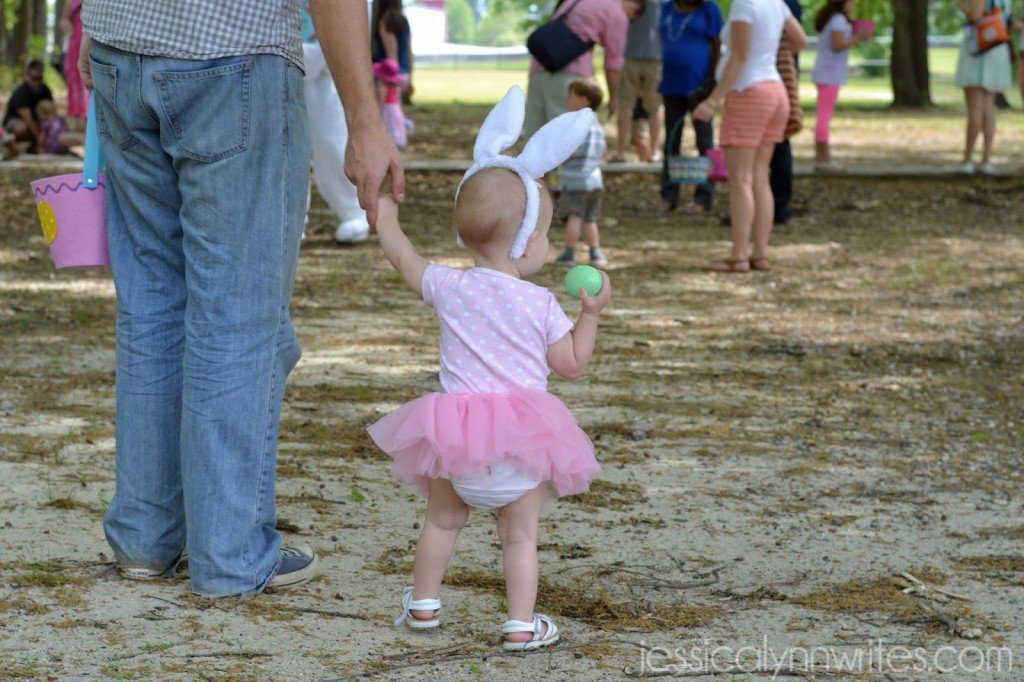 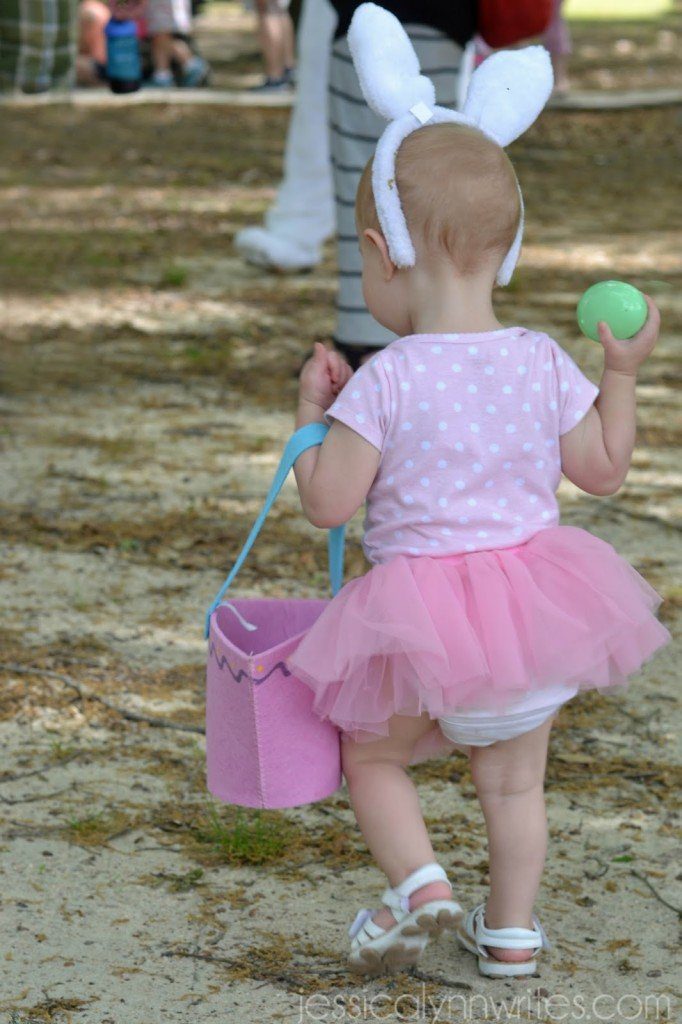 At just over a year, she could’ve cared less about finding eggs. She was more interested in the grass and twigs, and acorns that looked like food. Actually, truth be told, she didn’t find any eggs. Heh. A couple kids felt bad for her and gave her eggs that they found. Bless their little giving hearts! 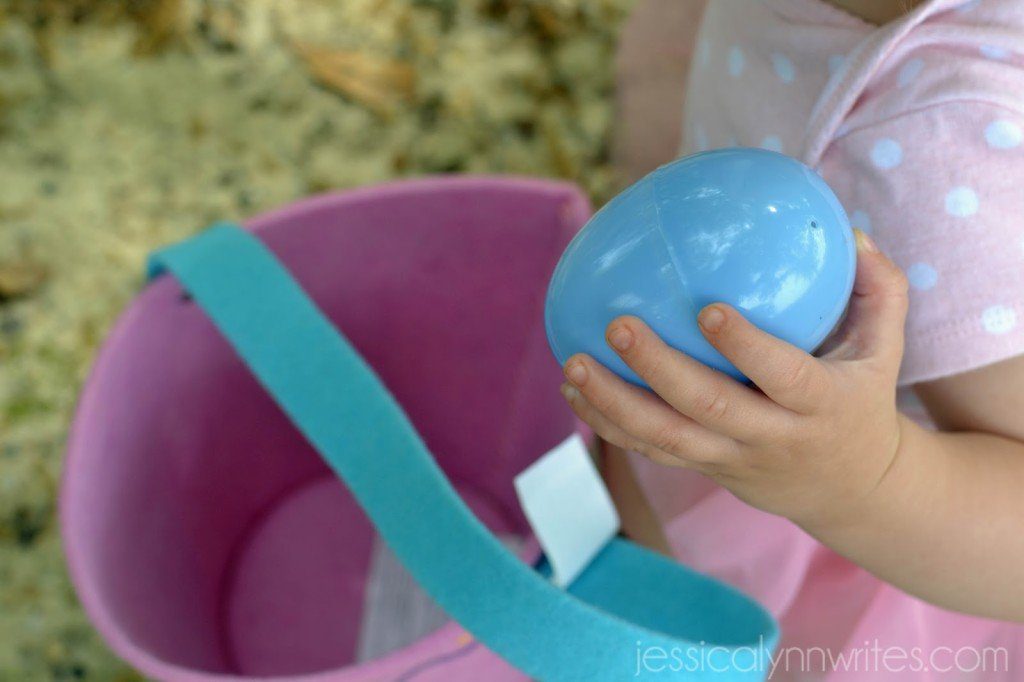 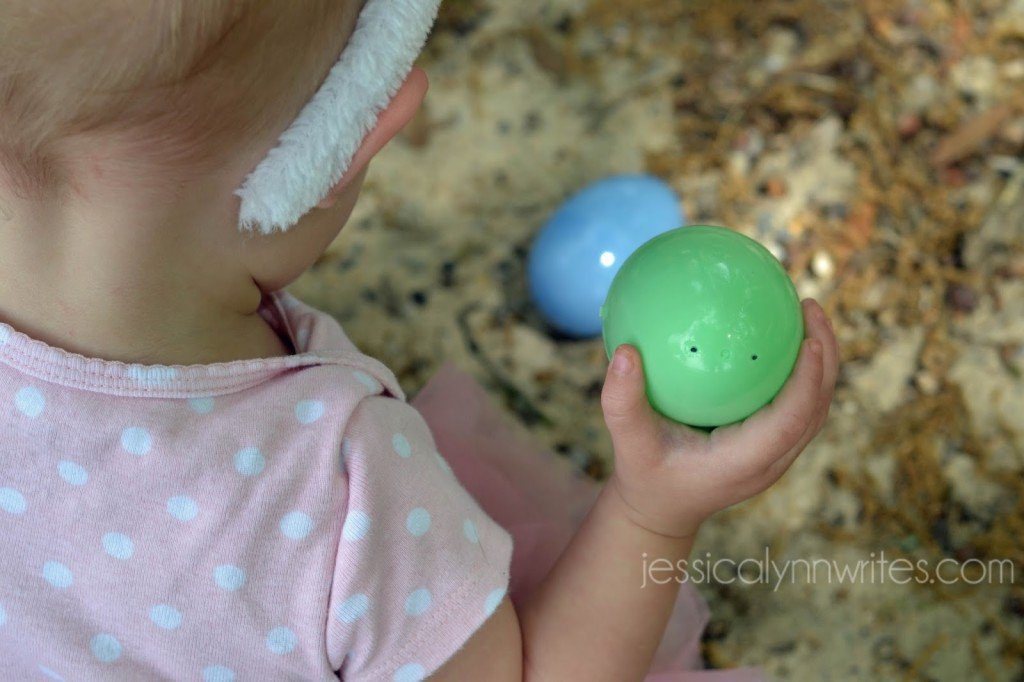 Near the end of the hunt we noticed a giant Easter Bunny made his appearance. My husband and I looked at each other, silently we were both thinking about The Santa Fiasco(s) of Twenty Thirteen. With a nod, we decided to give it a shot. It turns out Julia doesn’t mind a man dressed up in a giant bunny costume. Go figure. She kept her distance, but definitely didn’t freak out. 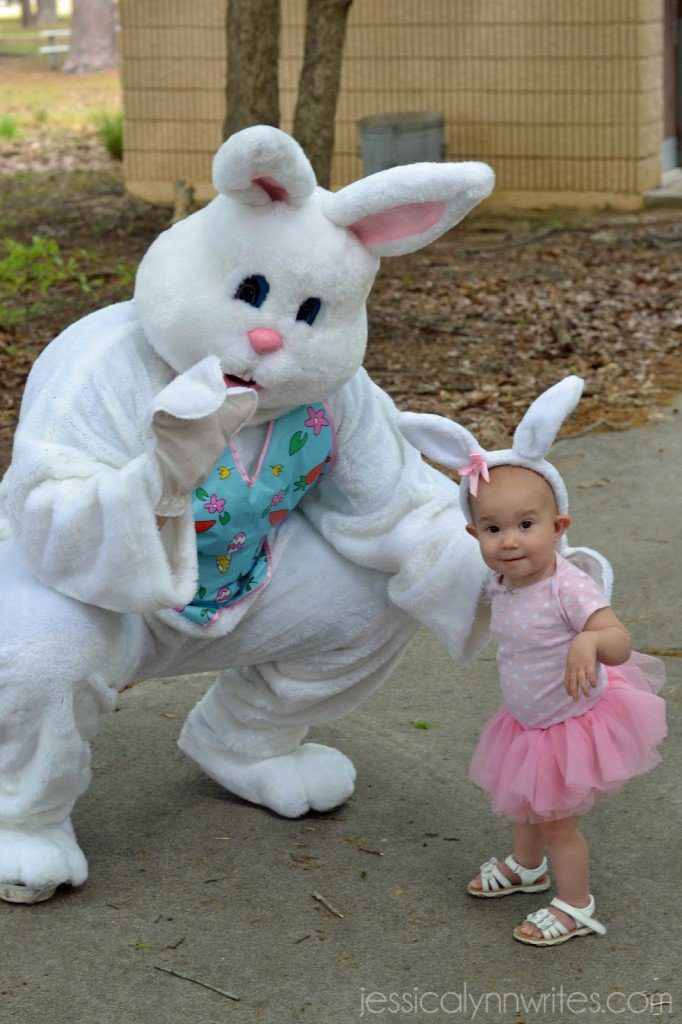 After the hunt and Easter bunny extravaganza, we ventured over to where people from the squadron were getting together. Food was about to be served, so we all stood around and chatted for awhile. I mingled with some old friends I haven’t seen in a couple years while my husband watched after Julia.

Then I heard her cry, which isn’t too uncommon; she is one after all, so I figured she just tripped and fell. But then I heard my husband say, “She just got stung by a bee!”

“WHAT?!” I seriously thought I misunderstood. Nope. He repeated it again, and this time I saw the stupid thing smushed on the ground where my husband promptly killed it. (From the looks of it, it was actually a wasp or a hornet.)

I quickly scooped her up and tried to comfort her. Her little finger was already swelling and turning red. My husband said the wasp landed right in the palm of her hand and stung her. Poor thing! While we weighed our options (go to the ER, go to the BX and get some Benadryl/Tylenol, or go home), a friend of mine got some cream and put it on her finger. Thank goodness for smartphones, because we quickly read what we needed to do: get the stinger out (if it was from a bee), get ice on it, give her some medicine, and watch her like a hawk in case she was allergic to the stupid insect). 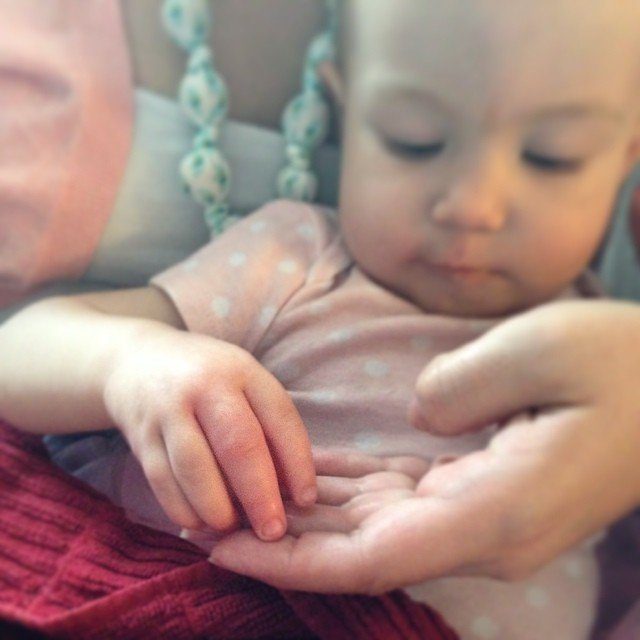 We decided to head home, and on the way I called her pediatrician’s office. I’m so thankful they always have an on-call nurse who calls back pretty quickly. She suggested giving her children’s Benadryl, so when we got home we let her hold some ice (she actually likes holding ice), and gave her the medicine. The swelling remained for most of the night, but she stopped crying and started acting like her self after another round of Benadryl. By the next morning, her finger was already back to its original size.

Oh, look what I just dug up. It’s a comparison photo of Julia from Easter last year at three weeks old next to her a year later. My, oh my. 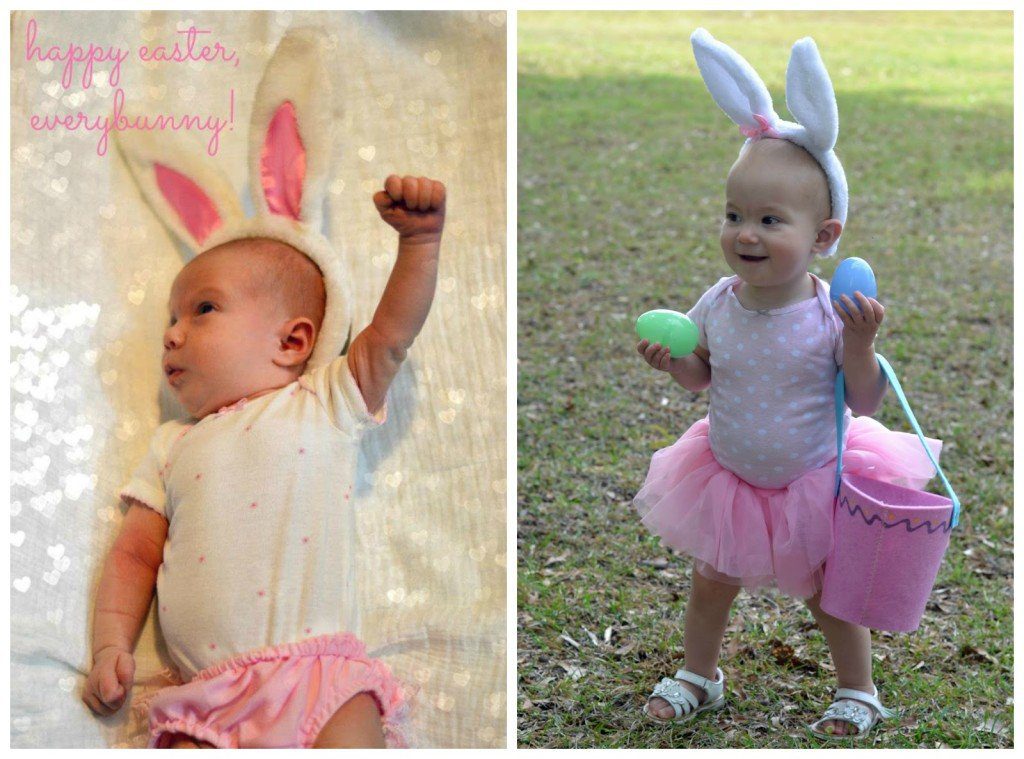 It’s amazing how, in the blink of an eye, my little girl went from being “all grown up” to being my baby again. She’s also going through some sort of attachment phase right now where all she wants is to be as close to me as physically possible. It’s a helpful reminder that she is still my baby. At least that’s what I tell myself as I start to get annoyed with how clingy she is lately.

Did you have an “Aha” moment when you realized your little one was growing up? 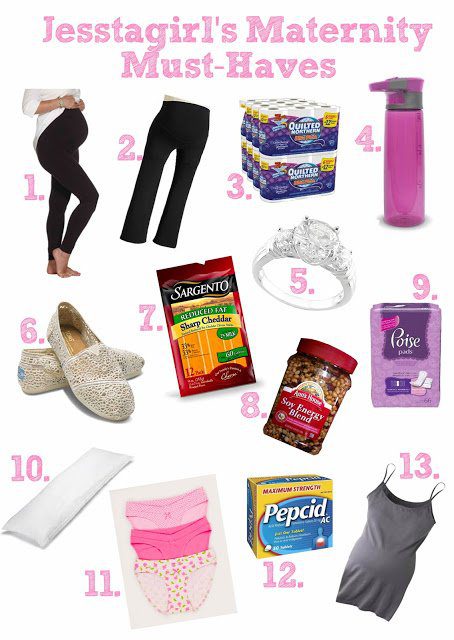 Since being pregnant has taken up the majority of my thoughts, life, and body for the past year, I decided to throw together a little compilation of the stuff that… 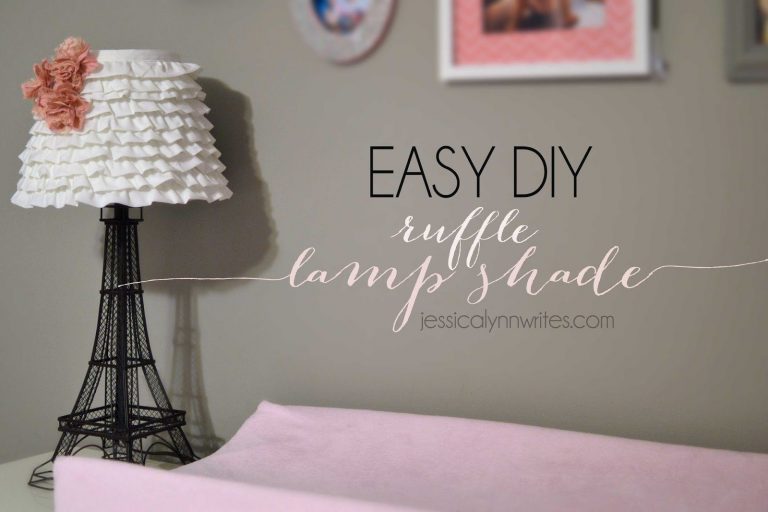 This is the first of several posts all about Julia’s nursery. My vision for her room developed from the one she had for a few months in Italy. Soft, feminine,… 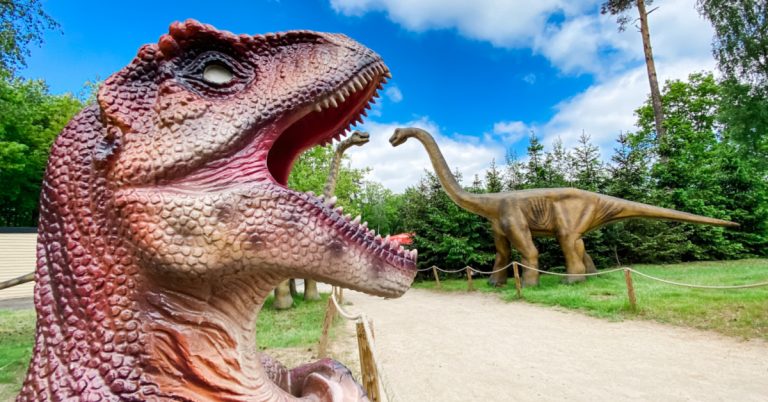 Visiting a Dino Zoo in Germany was a definite highlight during our mini trip to Münster. The park itself is about thirty-ish minutes away from the city, and perfect for… 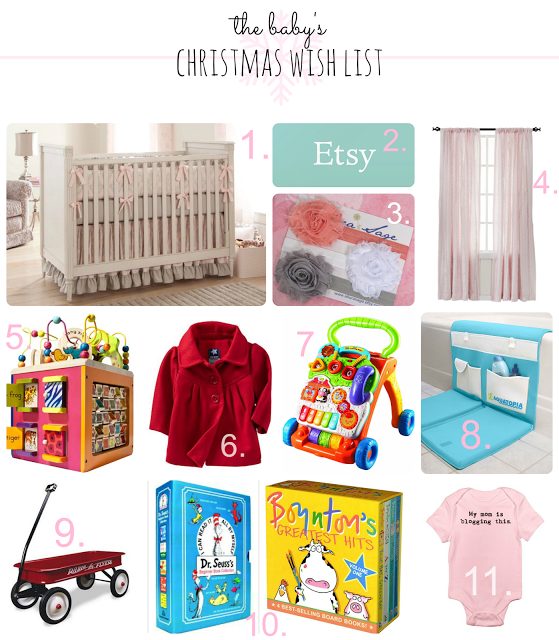 Dear Santa, My mama told me I had to come up with a list of allllllll the stuff I want for this thing called “Christmas.” She told me that she… 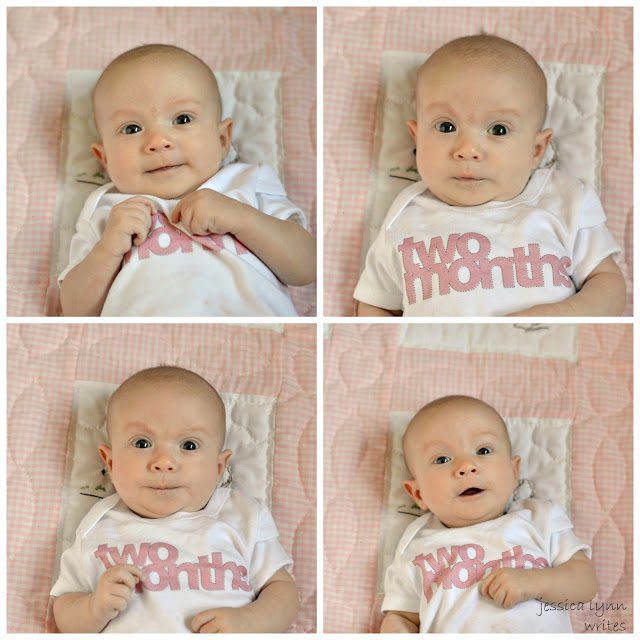 Dear Julia, Wow, what a difference a month makes. This month has flown by faster than I could have imagined. Most days you are this little ball of smiles,… 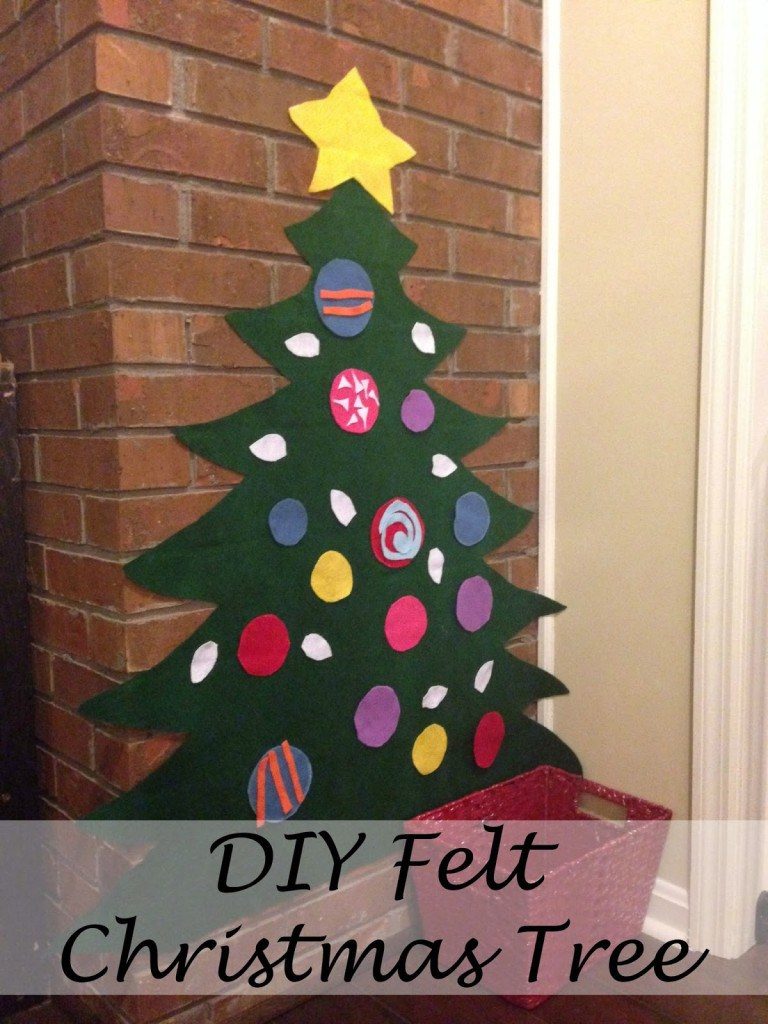 When our first born was almost two years old I needed something to distract her from our real tree, so I made a DIY felt Christmas tree for her. This…