I have a really cool post to share with you today with a fun connection, a great interview, and an awesome giveaway. (Giveaway is now closed)

Let’s start with the fun connection: many moons ago (around five years ago, to be exact) I was a soon-to-be bride obsessed with the idea of having cupcakes at my wedding. I taste-tested my way through bakeries across Albuquerque, but when I landed at Cupcakeology, I knew that was it. They were, hands down, the best cupcakes I had ever tasted, so naturally we had them at our wedding.

Fast forward to a few weeks ago when I got an email from Laurie, the owner of Cupcakeology (which has since closed—major sad face), wanting to place an ad on my blog for her business, Origami Owl! It was so much fun talking to her again and catching up after all this time. Not only is she a Jill of all trades (WAHM, baker, and teacher), but she’s also a former Army wife who found a light on the other side and is thriving. She’s also graciously giving away two sets of Origami Owl products! Enough of me talking about her, check out what she has to say (and don’t forget to enter the giveaway!)

Hi Laurie! First of all, I have to talk about cupcakes, because they’re still one of my favorite things. How did you get into the cupcake business?

For as long as I can remember, my mom and I were always the ones who did the baking for every event going on in our family and circle of friends. After I had my daughter in 2006, I was fortunate enough to stay home with her. All of that free time is what got the wheels spinning. We spent about 6 months coming up with recipes. My husband and brother would come home every day to cupcakes marked with post-it notes and a score sheet. Once we had all of our recipes down, we found a location and got to work on opening Cupcakeology. I was much better at baking and cake decorating than I was at dealing with contractors. My mom and I did the majority of the build out at both of our locations. It was more work that I could have every dreamed of, but it really did feel like my second child. I miss our aqua stained concrete floor and pink, swirly walls just about every day! I haven’t convinced my husband to let me recreate that look in our house, just yet, but I’m still working on it.

I really miss our customers too. It was really special to be involved in people’s lives like we were. It wasn’t any aspect I had even thought of when we opened, but making someone’s wedding cake, 1st anniversary cake, baby shower cupcakes and subsequent birthday cakes was a great feeling. We made great friends with some of our regulars and are still in touch! 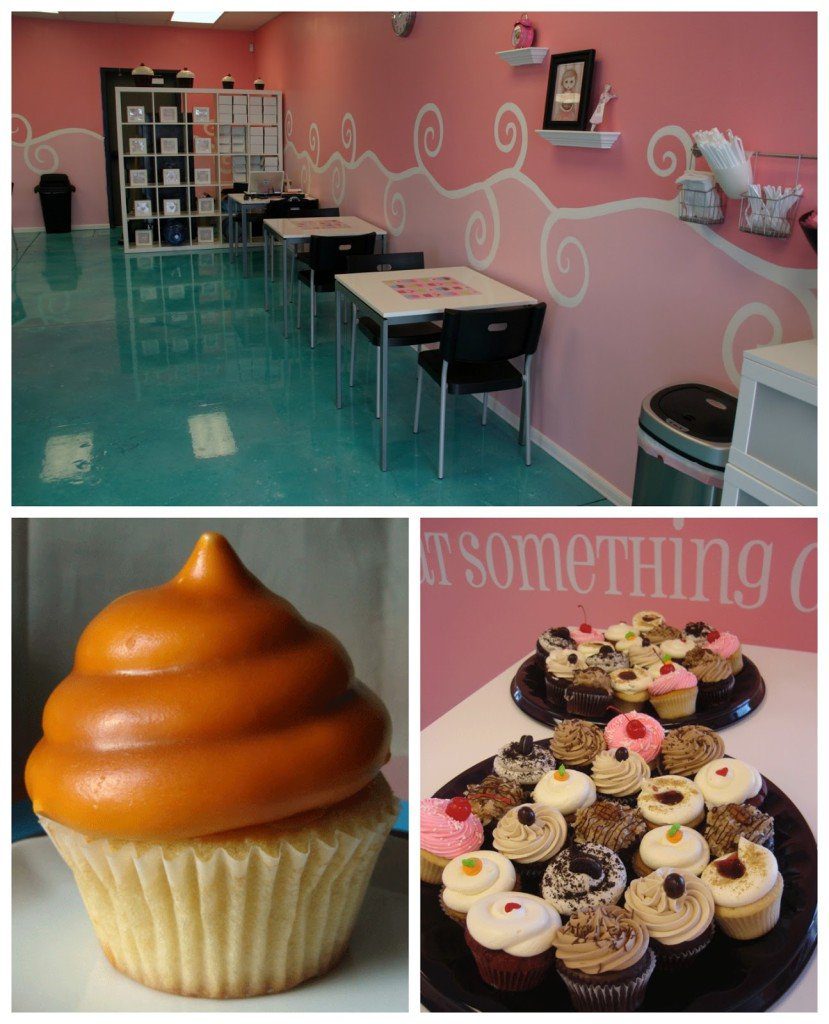 While all of your flavors were amazing, my absolute favorite was your cheesecake (my stomach is growling just thinking about it again). What was your favorite cupcake flavor?

The Butterscotch Top Hat. I still don’t eat very many cupcakes and I haven’t made any of these since we closed up shop, but the vanilla cake with marshmallow frosting and butterscotch ganache, would definitely be the one I’d make for myself.

You closed up Cupcakeology (fantastic name, by the way) and moved to San Antonio. Why the sudden life change?

When my husband’s time with the Army was up, he worked several jobs as a contractor. We actually spent more time apart during the 5 years Cupcakeology was open, than living together. In 2011, he moved to San Antonio for a job at Ft. Sam Houston. Being a commuter family and depending on flights to be on time to make our daughter’s kindergarten performances was just too hard on everyone. It was a lot easier when she was little and missing school wasn’t a big deal. So in January 2012, we moved to San Antonio. I still drag my husband into any and every bakery we find on vacation, but I have no desire to open another one! 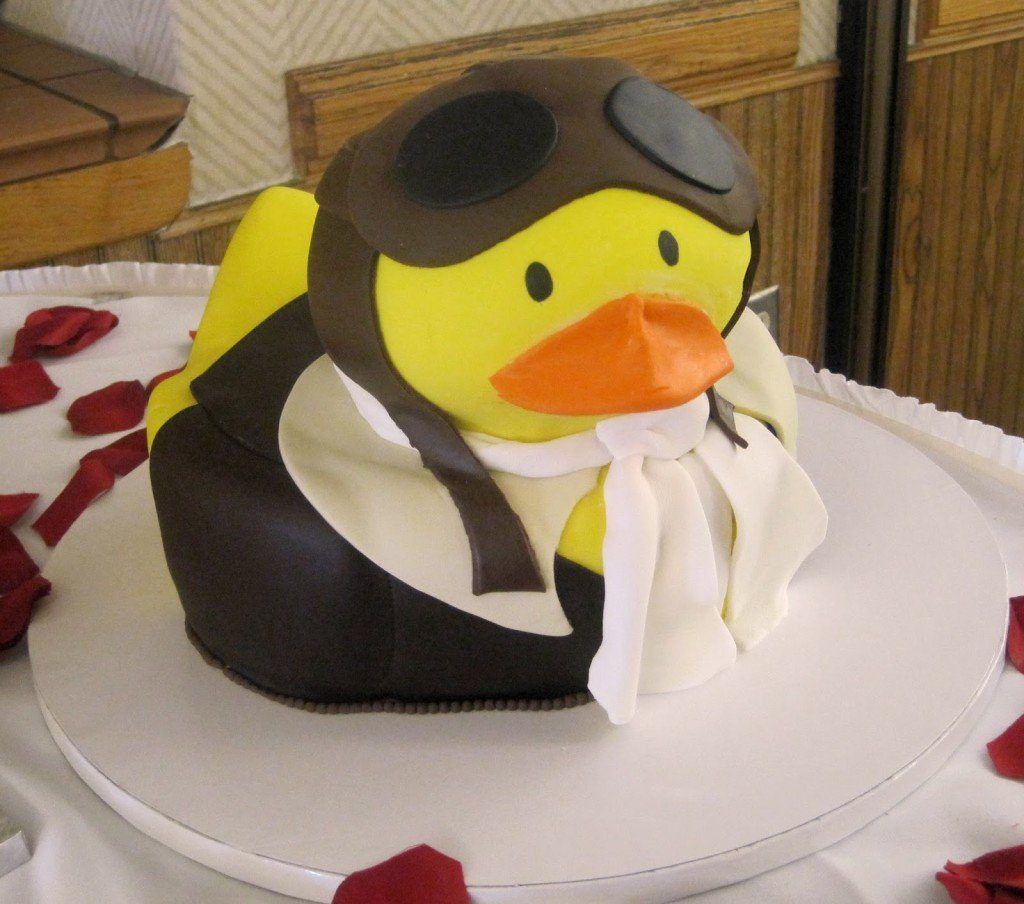 Do you still find yourself in the kitchen baking up batches of cupcakes?

Ha! I saved so much of the equipment and supplies from Cupcakeology, because I honestly thought I would bake from home. Texas passed their Cottage Food Law in 2011 and I was all set to bake! In almost 3 years, I’ve made a few batches of cupcakes and a handful of cakes. Every time I do actually bake, its really hard to scale it down. I’ve resigned myself to baking awesome cakes for friends and family. My daughter has had a cookie cake every year since she’s been old enough to specify what she’d like.

What made you decide to start selling Origami Owl products?

We live in a pretty rural suburb of San Antonio. Now I spend my days as a substitute math & science teacher at the local junior high and high school. I had never done direct sales of any sort and honestly, I was kind of hesitant to jump into it. I had heard of Origami Owl before and had even tried to order a locket for myself, but I could never figure out what exactly I wanted. For Christmas, I received a Living Locket as a gift from my step-mom and I was hooked!! I was amazed by the quality and loved that I could swap out the charms, to customize whatever look I was going for. It was only $149 for my start up kit, so I figured I had nothing to lose and at the very least I would end up with a lot of jewelry that I loved. I could have never guessed that it would take off like it did and most importantly, that I would have so much fun doing it!

Being an Independent Designer for Origami Owl has really expanded my social circle and was a great way to meet, not only people in my small town, but also all of the amazing teammates that I’ve become very close to. 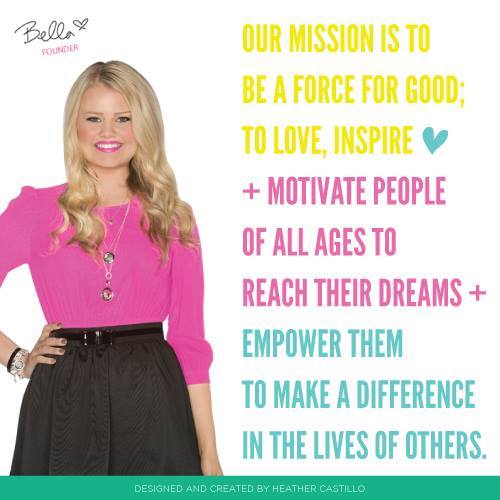 Can you tell me about the company? I’ve heard the name floating around, but I don’t actually know much about it.

Origami Owl was started by a 14 year old girl who wanted to make enough money to buy a jeep for her 16th birthday. Bella Weems and her family went on to create a direct sales company that not only offers amazing jewelry to its customers and a fantastic business opportunity to its designers, but a true force for good. Giving back to others and fundraising is really the back bone of this company. Origami Owl has partnered with ChildHelp to raise awareness about child abuse and to educate children about bullying. They’re currently working on a curriculum that will be available to any school that focuses on bullying prevention and letting children know that they can speak up about.. We donate the profits from 3 specific charms to directly support ChildHelp.

I’ve also heard about Origami Owl’s “Living Locket,” what does that mean, exactly?

Living Lockets are the heart and soul of Origami Owl. They were the first product offered and are the canvas on which you can add charms, plates, dangles and chains to. We now offer a Twist Face Living Locket that allows you to switch out the face of the locket and change looks as often as you’d like. We have faces that feature Swarovski crystals, our new Heirloom face for a vintage look and colored enamel faces for an extra little pop of color. Our lockets range in size from small to large and hold anywhere from 1 to 12 charms. Our Heart Living Locket is my personal favorite.

What types of charms are available?

We have just about everything! I attended our 2nd National Convention, in Phoenix, in July where they released new military charms, bridal charms and Swarovski crystals! My favorite charm of all is the iced coffee drink. I’m an absolute Starbuck’s junkie! 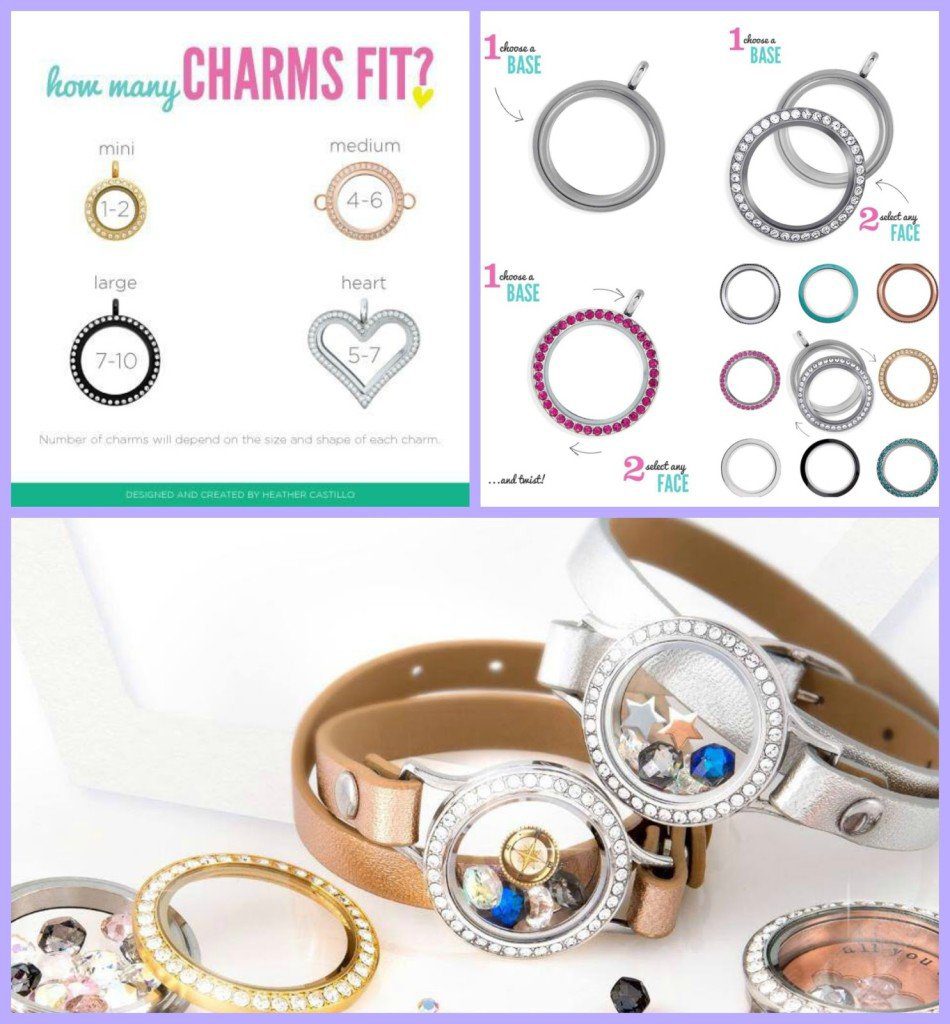 What are your favorite OO pieces?

I’m loving our new Sophia earrings. They look really pricey, but they’re not and I get compliments on them just about every day. I have very short hair now and I’ve found that earrings that make a statement are my new best friend.

I’ve always been a silver girl and never really mixed metals, but I’ve found myself mixing it up lately. Our new Lanyard Living Lockets are great for teachers and nurses who have to wear a badge, now you can dress it up a little!

Yes! Our new Take Out Menu features over 300 new items. We have so many gorgeous earrings, many of which feature Swarovski crystals and our leather wrap bracelets are flying off the shelves! For those people that like a little more modern look, our CORE line is gorgeous!! All of the pieces in that line are .925 sterling silver and the meanings behind each piece are very thoughtful. Each memento is so elegant and dainty; they’re great to stack and layer. 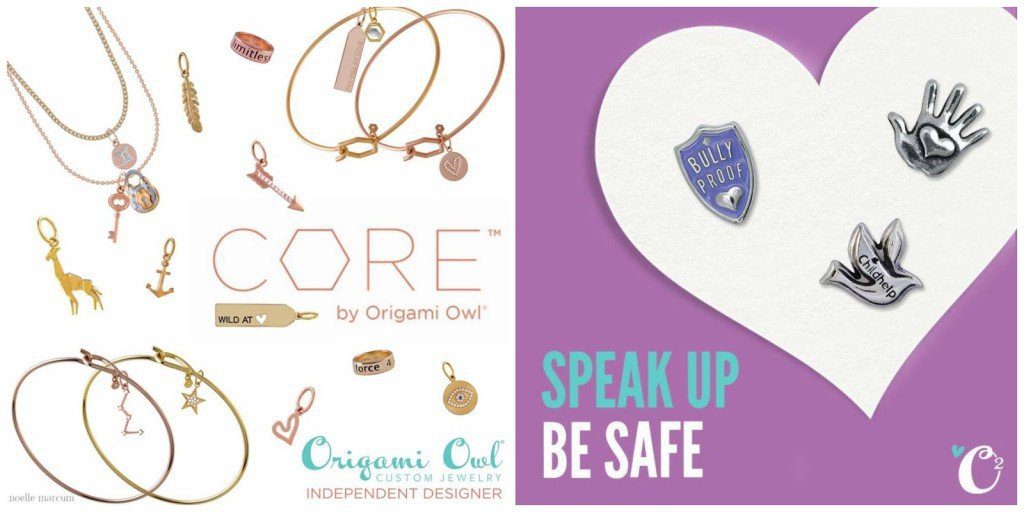 You also mentioned that they have military charms out now—does Origami Owl also ship to APO addresses?

We do ship to APO addresses now!

Can you do online parties or in-home parties like other companies?

Yes! Interactive Facebook parties have become very popular. There’s no cleaning house, preparing snacks and drinks. It’s a lot of fun to spend 30 to 45 minutes with a group of friends on Facebook, play some games, win prizes and our Hostesses get some awesome incentives. While I’m a fan of in-home parties, that’s not always feasible and the Hostess can really expand her invite list when her guests can be anywhere in the world!

If someone was interested in purchasing something or wants to learn more about Origami Owl, where should they go? (Mention your site, FB, etc.!)

You can shop 24/7 at englishcharm.origamiowl.com. If you have any questions about what might look good together, etc. I can always be reached by email at laurie.english@gmail.com.

I’m the kind of person that loves shopping on line, but if I can have a physical catalog to cross reference, even better. I’m happy to send out one of our Take Out Menus to anyone that would like one. Just send me an email!

That was some awesome info, right? I feel like I learned so much, and now I really want to buy a living locket for myself. Luckily, you all have a chance to own a piece of Origami Owl. I’ll pick TWO lucky readers will win one of following:

Awesome, right? Use the Rafflecopter below to enter!
a Rafflecopter giveaway
Want to feature your blog or business here next month?
Check out my sponsor page for more info!