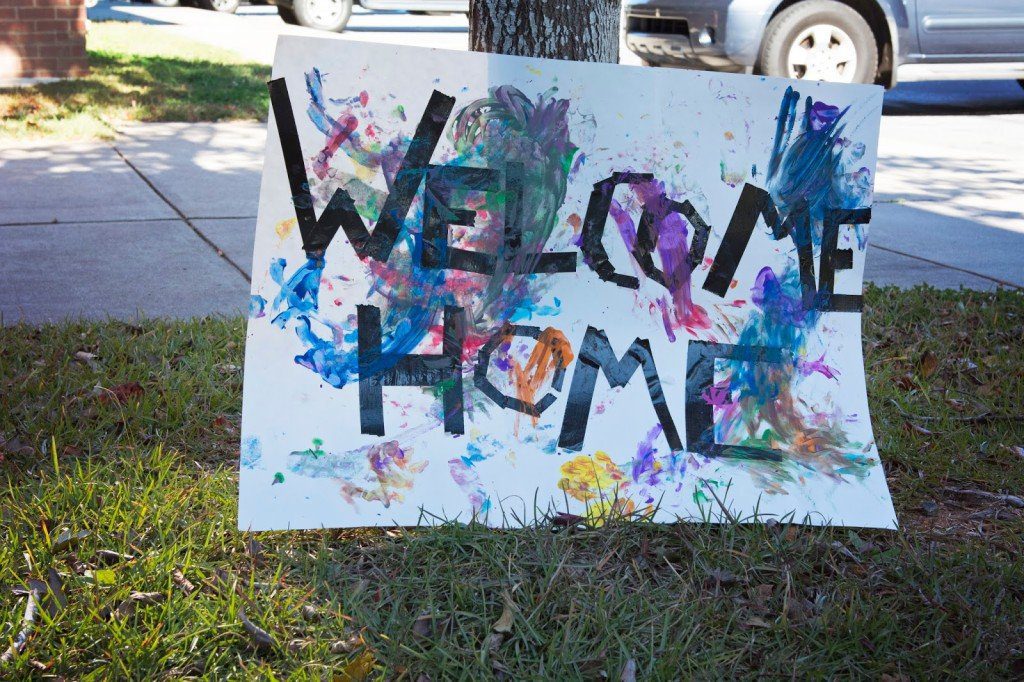 Once again, I can take a deep breath—my husband is home! He was only gone 118 days this time (that’s four months), but it truly felt much, much longer than that. This
deployment was easily the hardest and one of the most trying four
months of my life. Not every day was difficult, of course, but I grew and learned a lot in the past several months. 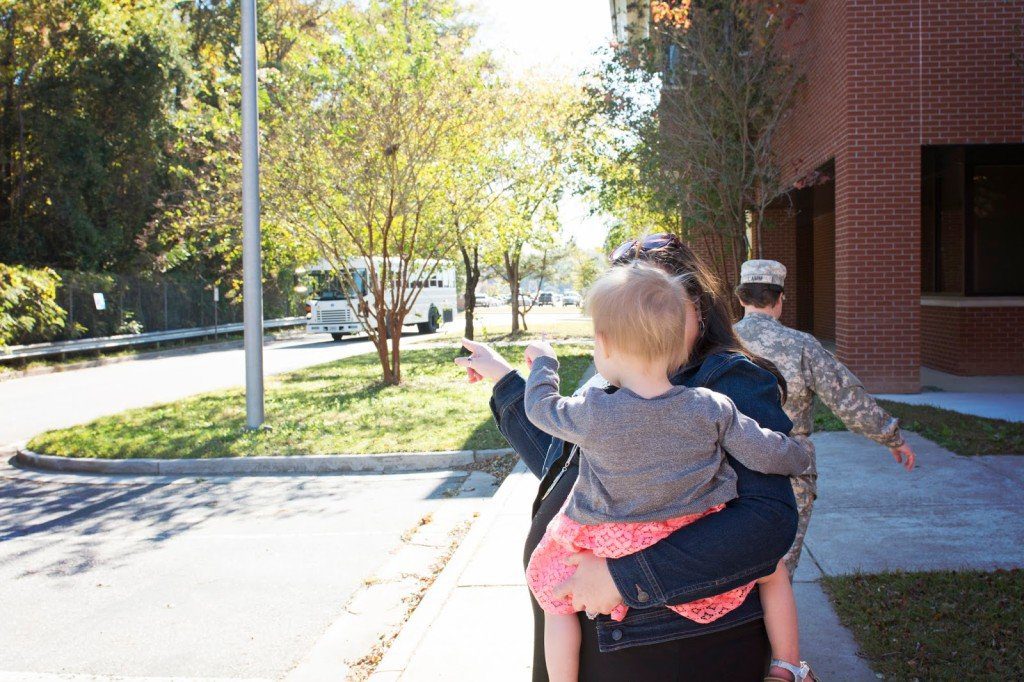 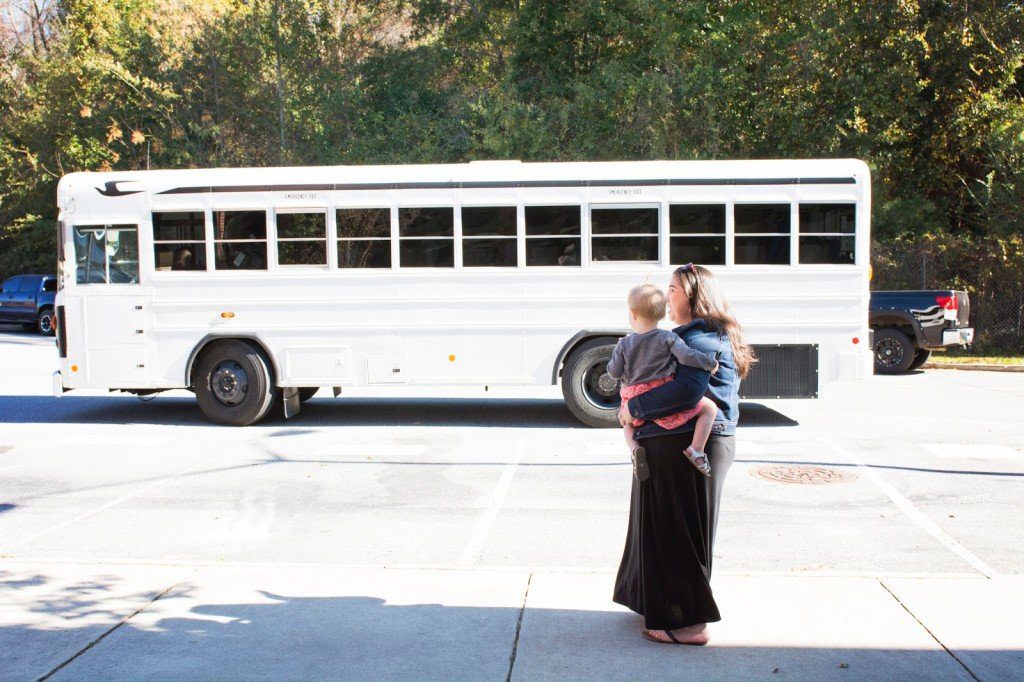 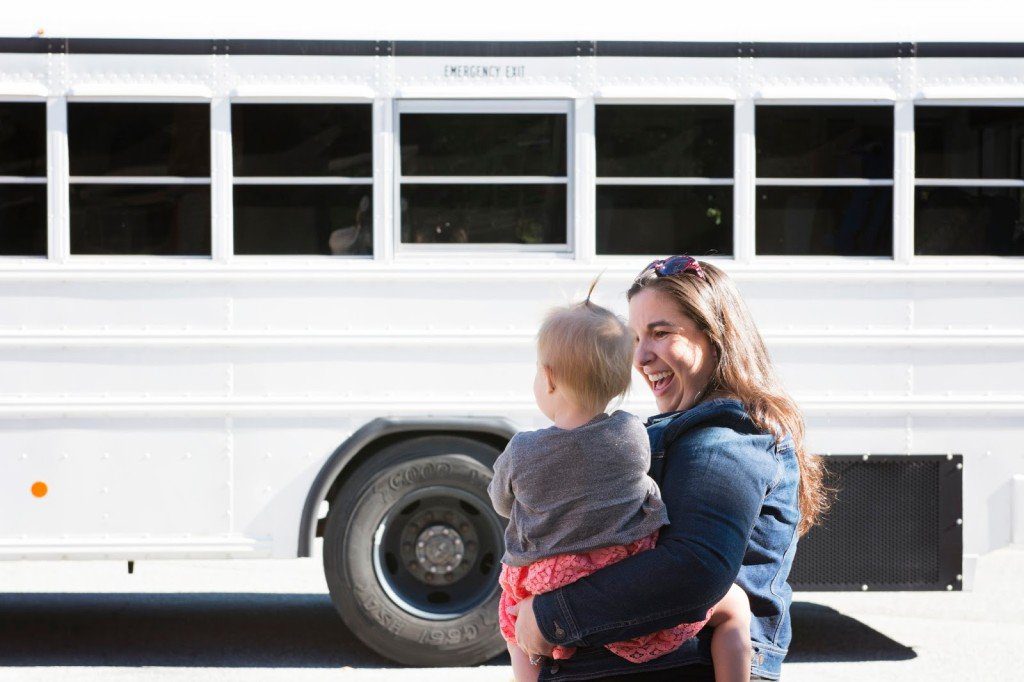 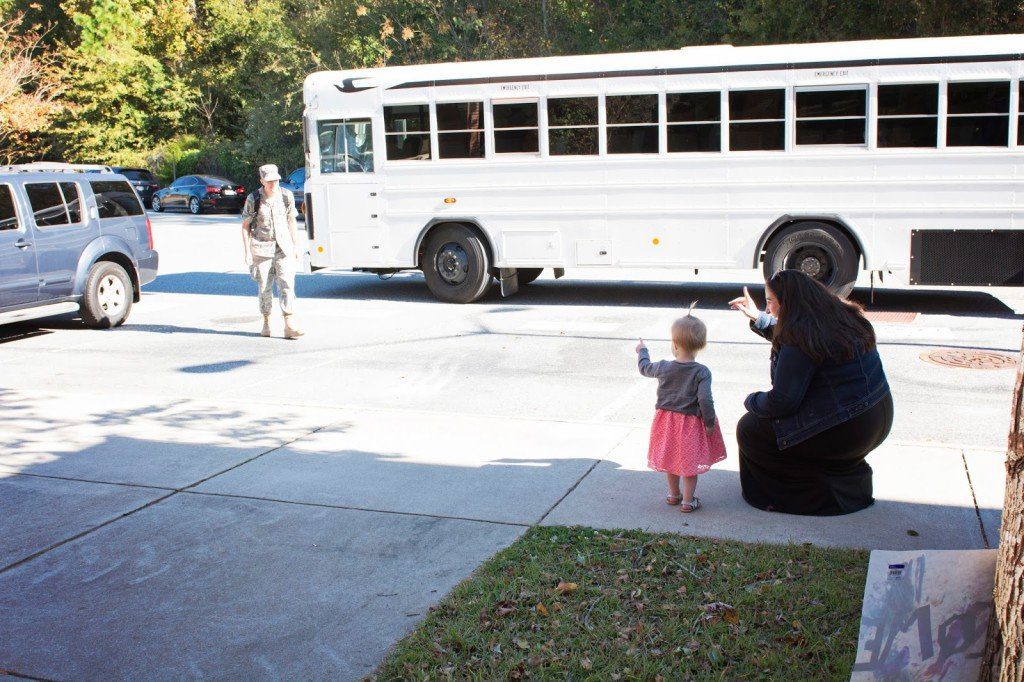 The first couple months were absolutely miserable and
I found myself at my breaking point over and over again. I was in my
first trimester, so I was sick all the time and beyond exhausted, and I was
dealing with a toddler who missed her papa, was weaning, teething, and
transitioning to one nap. It was rough—rougher than rough. 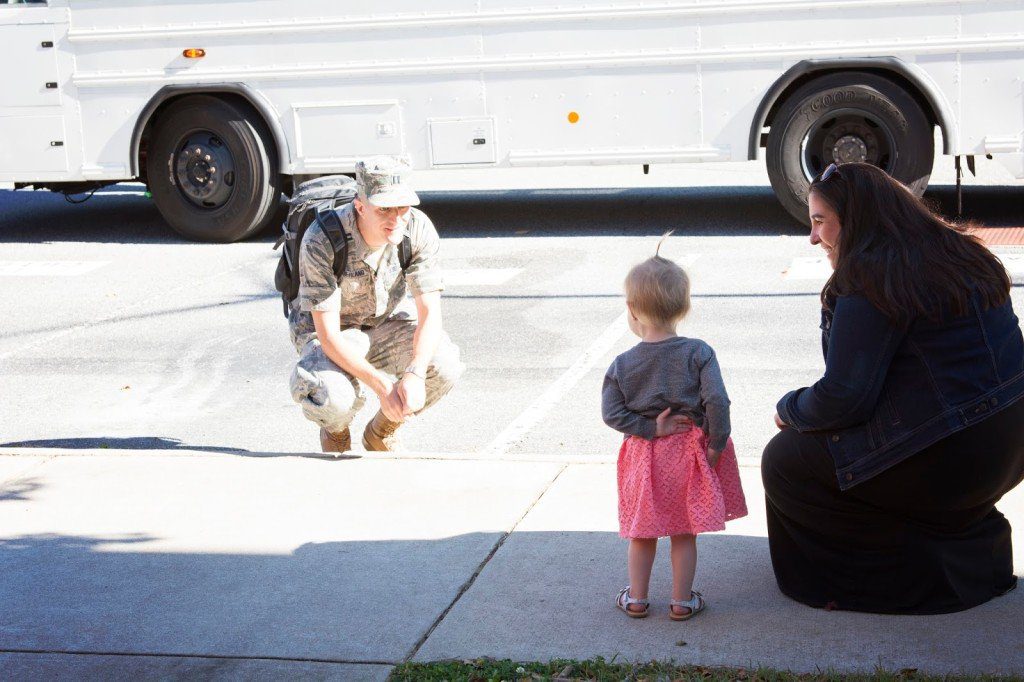 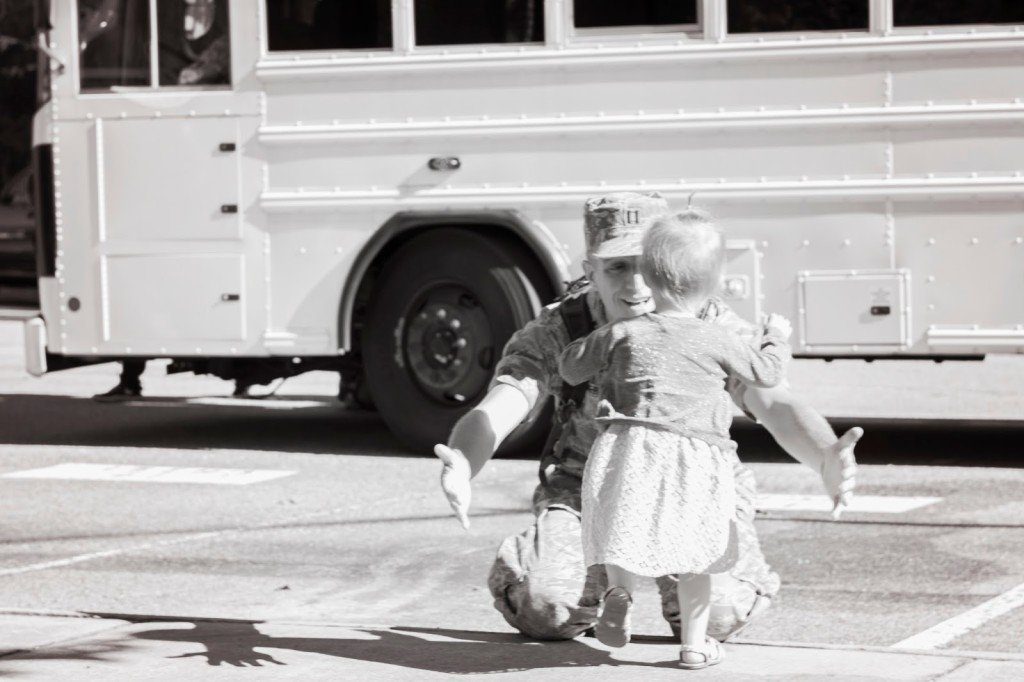 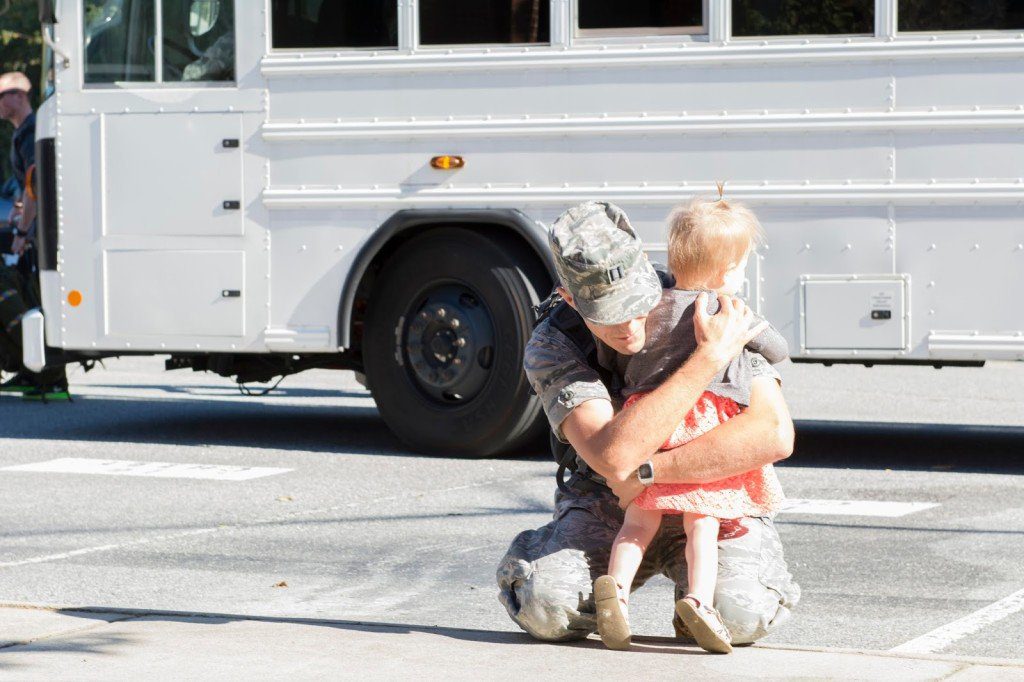 But over time
I grew to really appreciate my time with Julia; I realized that this
time would truly be our only time together, just the two of us for a very, very long time. 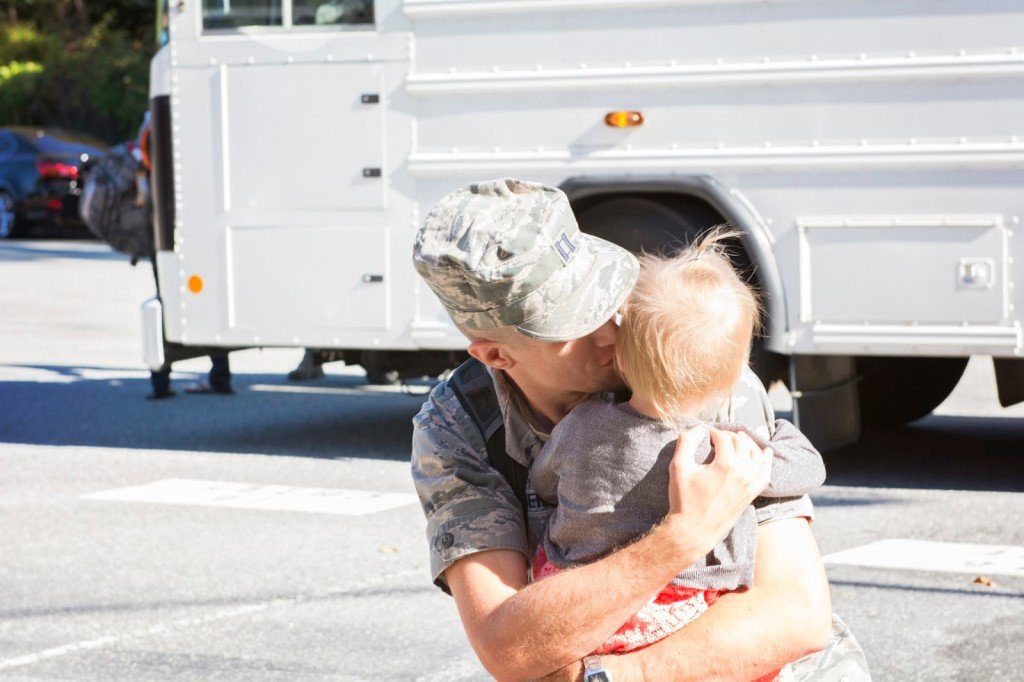 The day and time for his estimated arrival were completely up in the air, of course, and I juggled between preparing myself for possibly three more weeks of solo parenting. Three weeks, in the long run, isn’t much, but when that light at the end of a tunnel get smaller instead of larger, it’s a big setback. Luckily, it ended up being much less than three weeks before he came home. 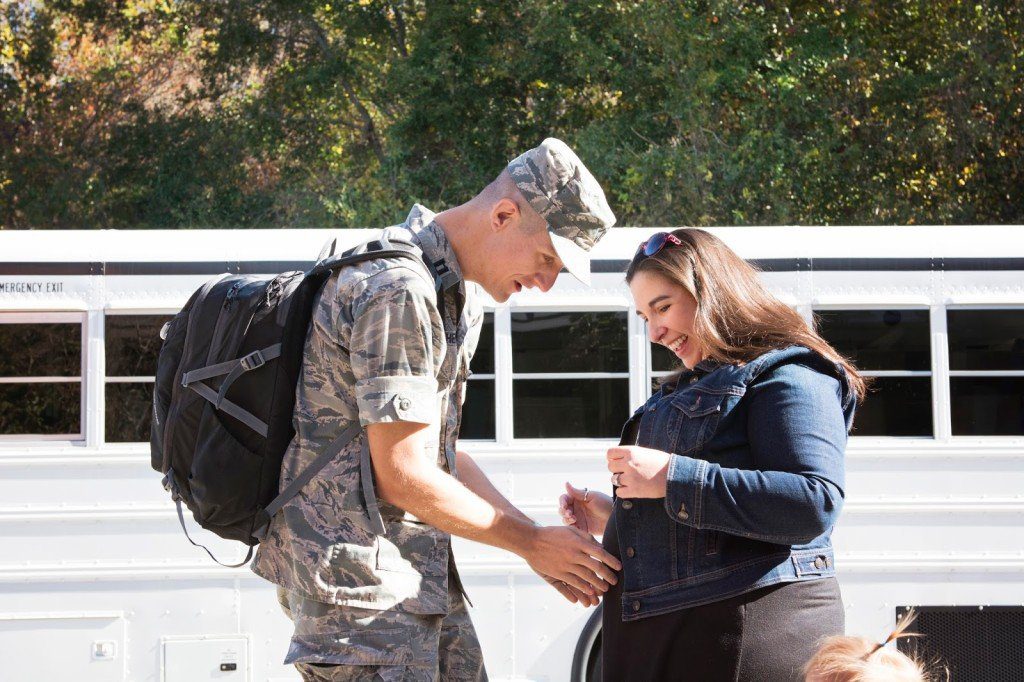 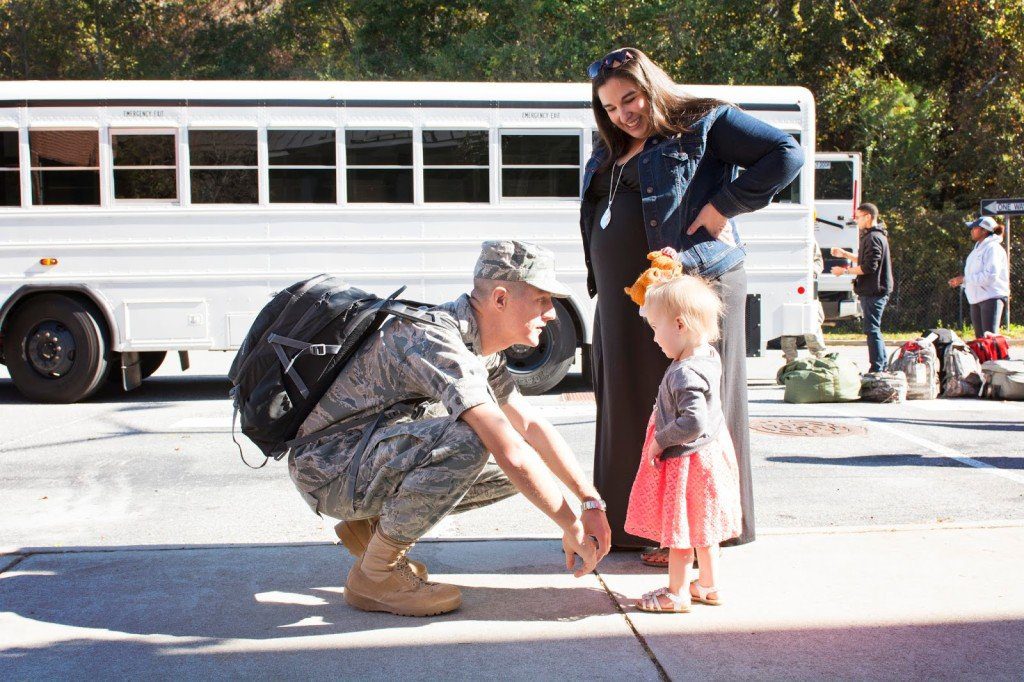 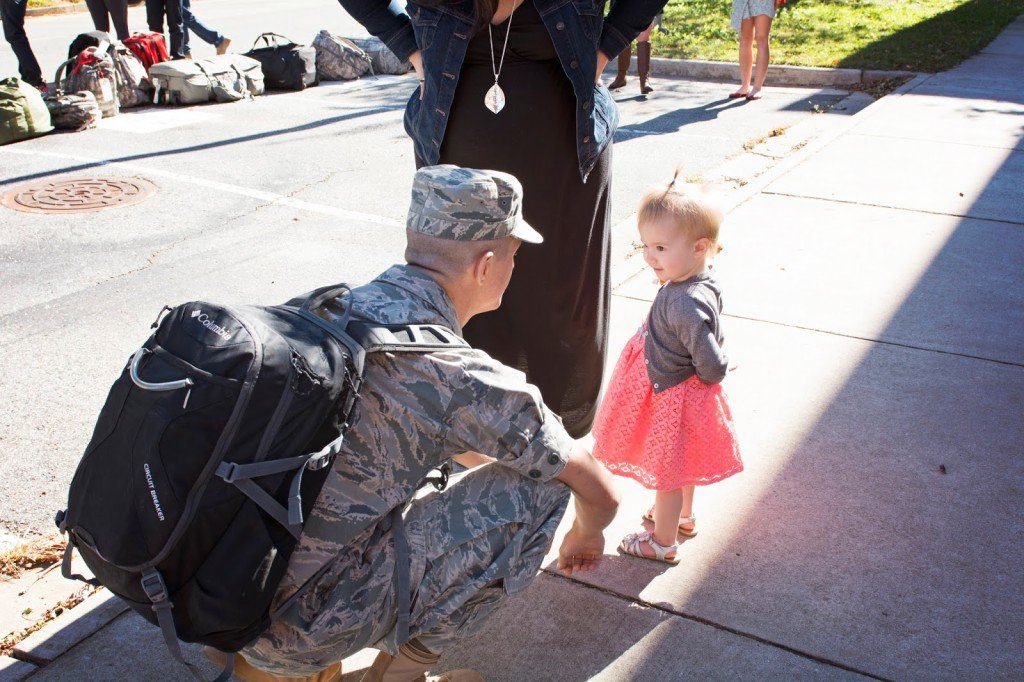 This homecoming was different than any of the others we’ve experienced in pretty much every aspect, and to be honest, it upset me. Only around a dozen airmen returned home at his particular time, and we (myself, my daughter, and our photographer) were the only welcome committee there. No other families and no other signs; we were literally the only people waiting for the bus to arrive. And that broke my heart. My husband’s squadron deploys a lot and very often, but that’s no excuse to not make every homecoming special. After I have this baby I’m going try to make a difference here and hopefully change the way things happen. But now I’m going off on a completely different tangent. The point is, he’s home, and that is awesome! 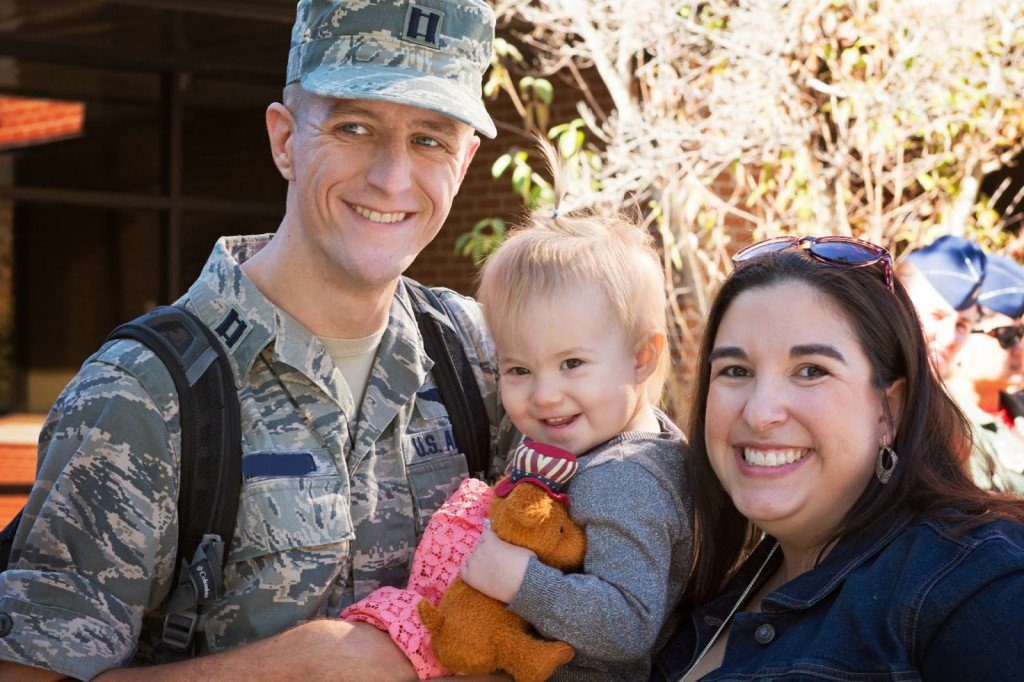 We were extremely curious to see how Julia would react. She’s grown so much in four months, but would she get excited or scared when she saw him? Luckily, she was very happy, knew exactly who he was, and gave him a hug and a kiss right away. My husband also bought her a little stuffed dog to help break the ice, and that was a huge hit.

It’s so nice knowing my family is whole again, and it’s been wonderful just being together again.

*All photos courtesy of DreamLight Photography