With baby numero dos on its way, I realized it’s time to stop procrastinating and start blogging! I have a few more things to share about Julia’s nursery, so it’s time to start crossing those items off my list. Today I’m sharing a project I’m proud of. It took a decent amount of work, because there’s a lot of cutting, gluing, and making sure lines are straight, but the result is exactly what I wanted. 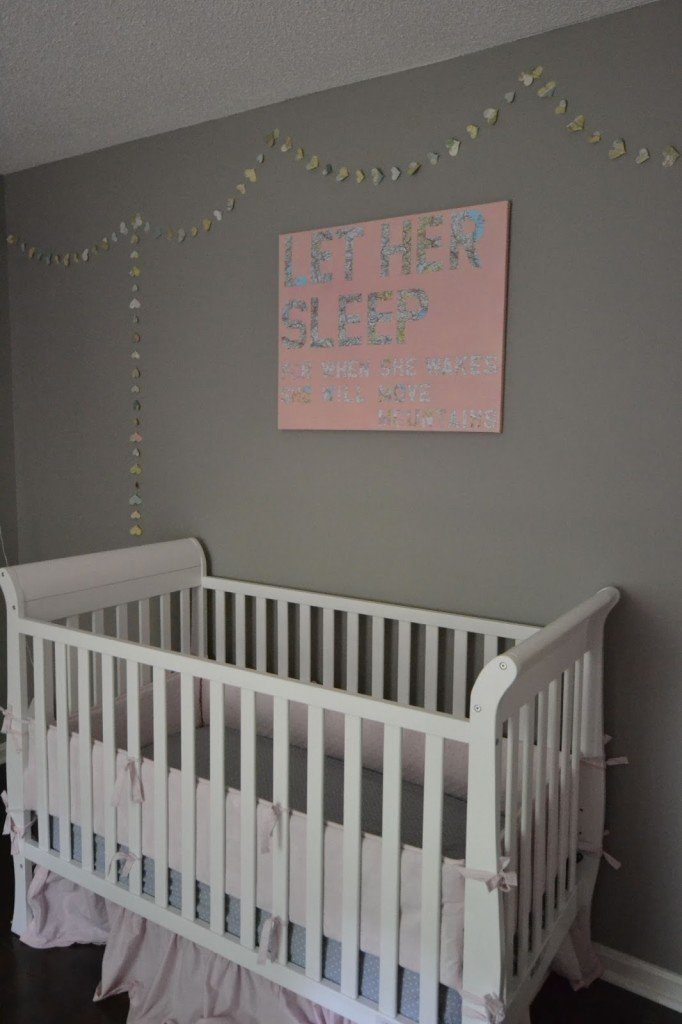 The whole thing revolves around this quote:

“Let her sleep, for when she wakes she will move mountains.”

Oh, how I fell in love with that saying. The origins come from Napoleon, and he was actually referring to China, but I love it and felt a deep connection with it while Julia was still in my womb. I felt, and still feel, like she can do anything.

I started this project when we were still in Italy, but didn’t get very far, because the base craft store was missing several key items (and couldn’t tell me when they would get them in). I ended up finishing it once we moved to Georgia when my mom was here helping us move in. I owe her a lot, because she helped cut out the teeny tiny letters after Julia went to sleep. 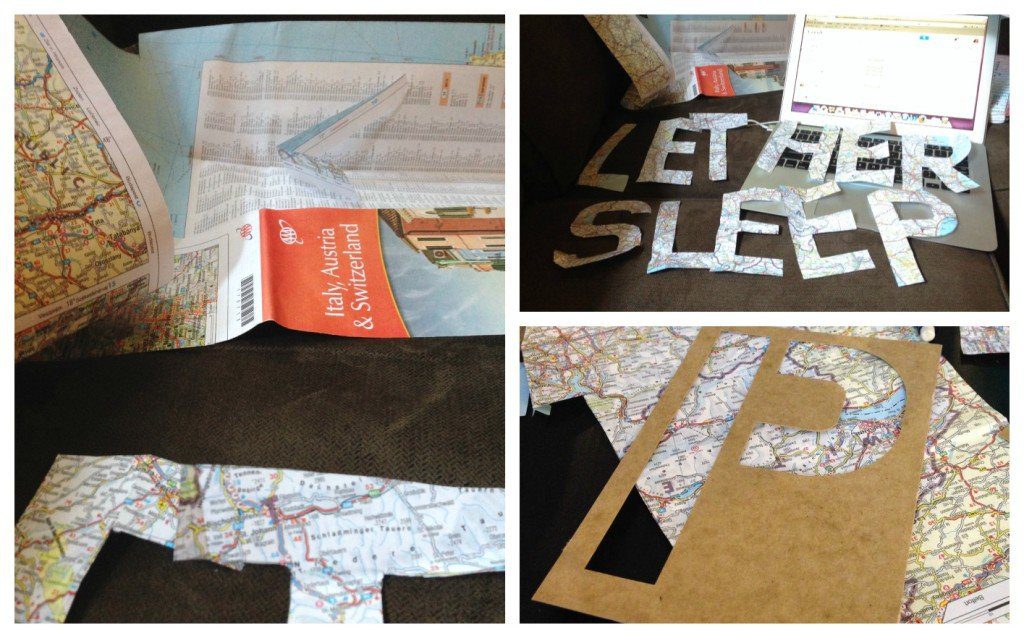 To be fair, I probably put more effort into it than it needed; I choose maps that corresponded with parts of Julia’s life: Italy (for where she was born), Germany, France, and Switzerland (for her first trip), Alabama (for where she lived for a few short months), and Georgia (her second home). I made sure to cut the letters where significant cities or towns were mentioned.

It’s not perfect: there’s a piece of the canvas that got damaged in the move—I tried fixing it (didn’t have the same color spray paint, so I used nail polish); the letters aren’t entirely straight and some are hard to see against the pink color; there are pencil marks that didn’t entirely erase, but I love it and I love that it’s the focal point above her crib. 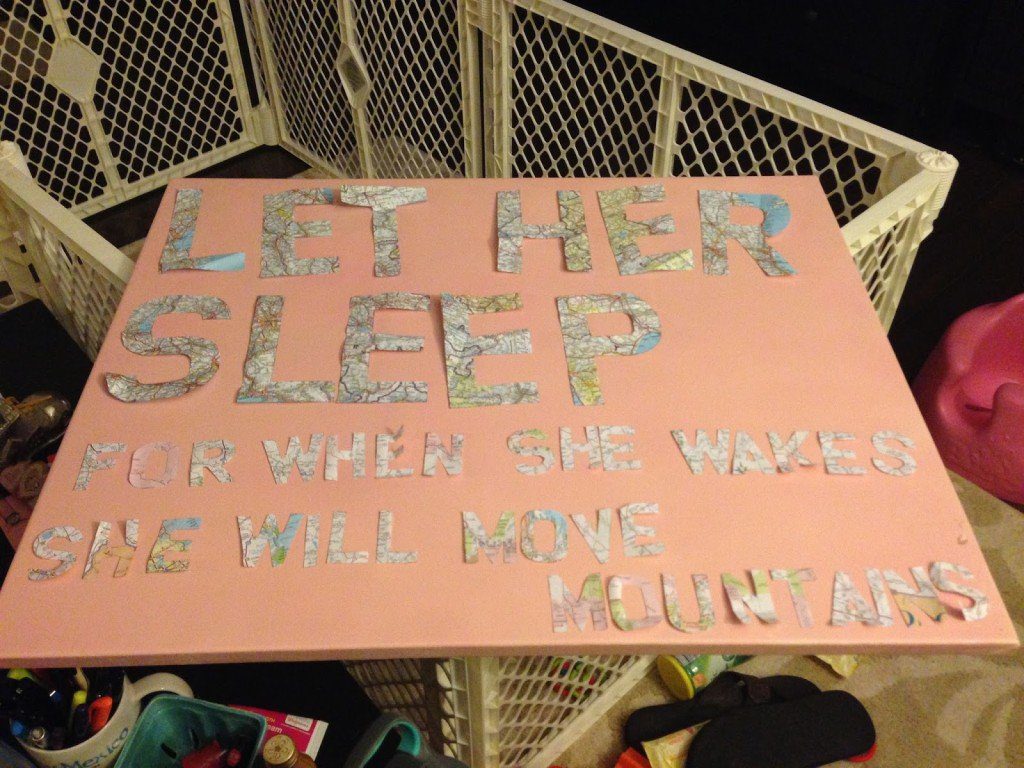 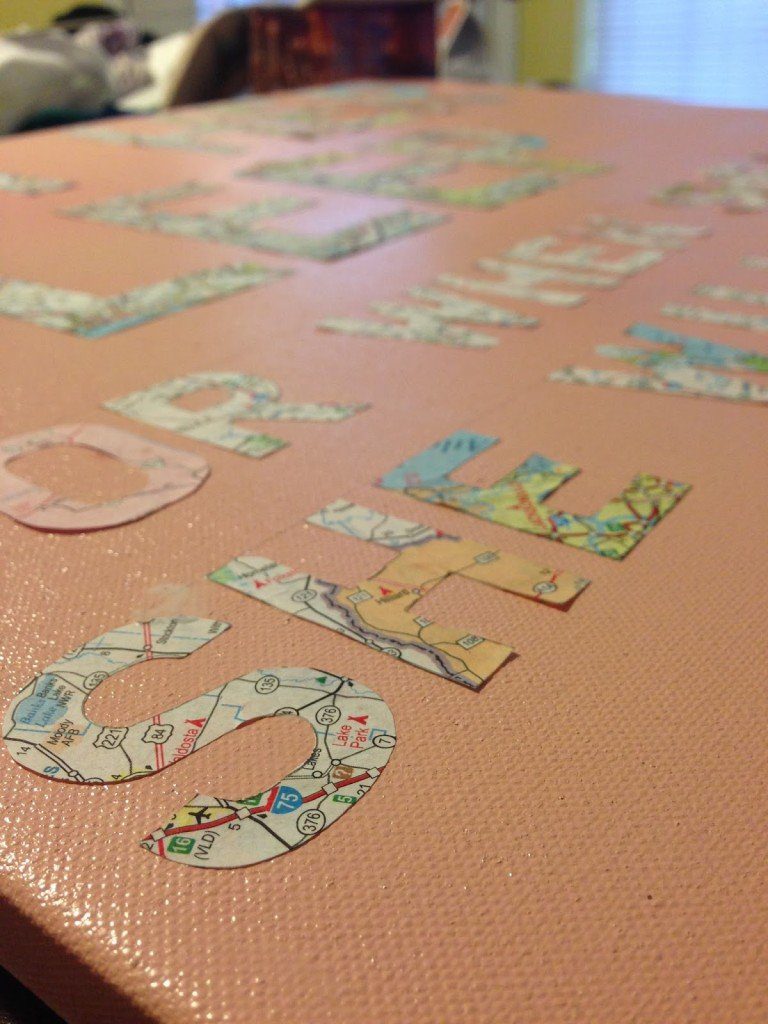 I thought about sharing how I made it, but I’m going to refer you to the original post instead. My canvas is an odd size and I honestly don’t remember the size of letters I used. Besides, they made it first, so they should get the credit. 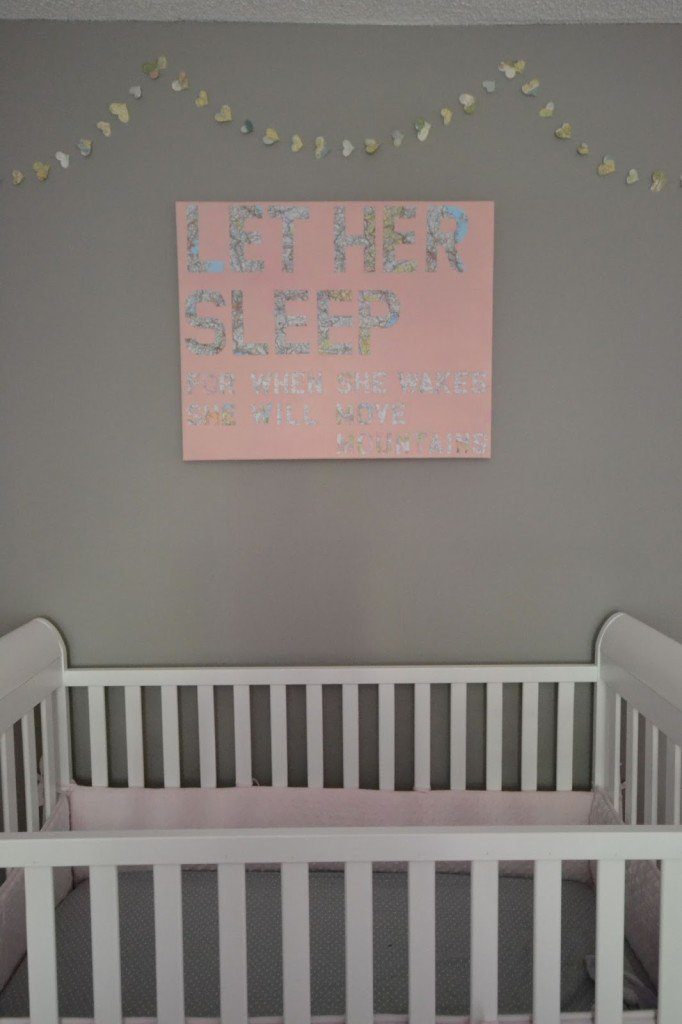 It’s ironic that I put so much time and effort into personalizing this for Julia since it turns out we’re going to have the two girls share a room. Looks like I need to figure out something fun for this next little one!

Oh! And in case you’re wondering, the heart garland is from YoungHouseLove over on Etsy. She was fabulous to work with and their made from up-cycled vintage atlases, which was right up my alley for her nursery theme!


Did you DIY anything in your child’s nursery?