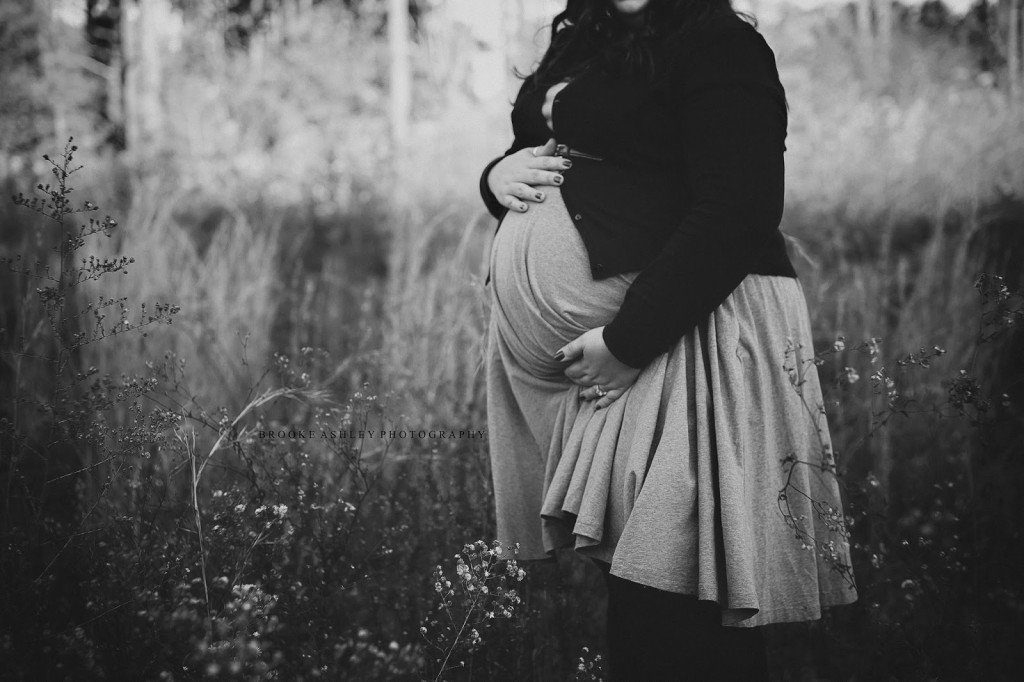 “No two pregnancies are the same.” I’ve always heard that, and I’m sure I believed it deep down, but being pregnant is a daunting experience, let alone not knowing what to expect for each on, so I didn’t necessarily think it would be true. It’s easy to fall back on what you already know and have experienced, but when things are different it’s a whole other ball game.

I’m fascinated by pregnancy, and it’s the number one topic that comes up when I’m at a playgroup or somewhere with a lot of other moms. Inevitably, stories of those particular nine months will emerge, and then it always, always leads to birth stories. It’s interesting that something so absolutely and completely individualistic can help women share a common ground.

Since I’m in the single digits (as far as weeks go), (OH EM GEE!!!) I thought it’d be a good time to share some differences between my two pregnancies. 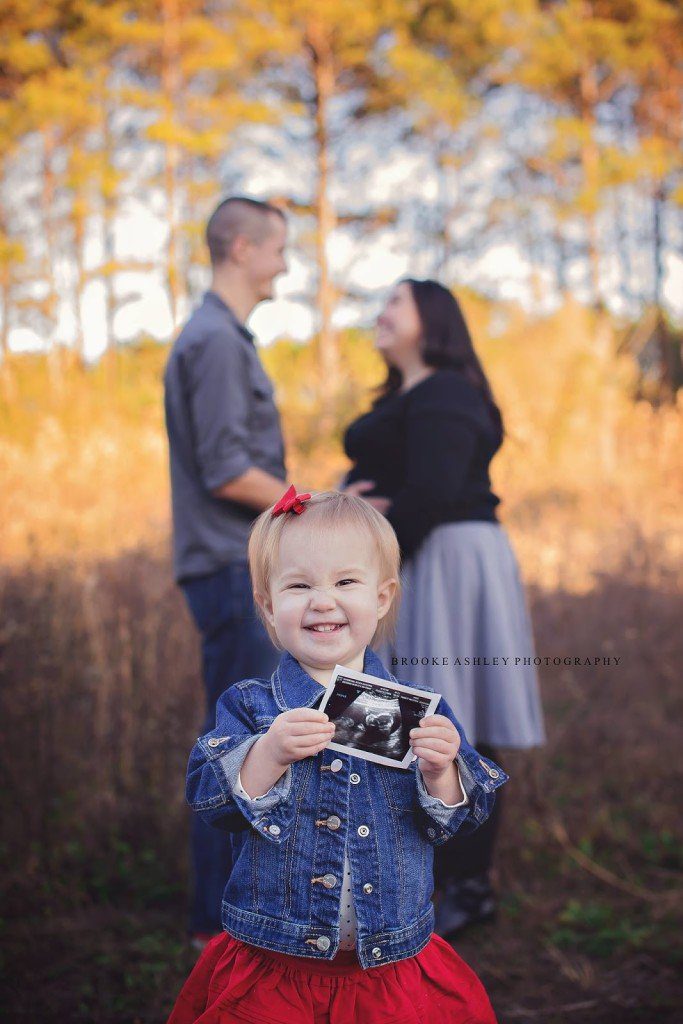 Baby One:
I had so much freaking heartburn with Julia that I swore she’d come out with hair down to her knees. The old wives tale was absolutely wrong, though, because she was born bald. Well, almost bald; she had one tuft of hair that stuck up in the back and has yet to calm down. I took Pepcid AC like it was going out of style, because simply looking at a glass of water—WATER—would give m heartburn. Having heartburn roughly all day and all night for six months was miserable. I cringe just remembering it.

Baby Two:
I was prepared to have wicked heartburn again, so I had my Tums and Pepcid in hand and I waited…and waited…and waited. With the exception of a few random moments here and there, this time around has been almost completely opposite from last time. My diet is pretty much the same (I’m actually eating more spicy food now), so it’s gotta just be the different pregnancies. I think it’ll be hilarious if she comes out with a full head of hair. Take that, old wives tale!

Baby One:
I could take a nap any darn time I wanted too, and it was AMAZING. I do remember having a hard time falling asleep late in the second trimester, and towards the beginning of the third tri; she’d kick me so hard around 4 am that I always woke up at that time.

Baby Two:
The first trimester I found myself taking two, two hour naps during the day. Then Julia transitioned to one nap a day (and I just about lost my freaking mind), so I moved to just one nap. I’ve never been so thankful that I’m a SAHM until I started needing those naps! I’ve taken one almost every single day. Sometimes they’re just a half hour, but on days when my body really needs the rest, I’ll sleep for about 2 hours. I miss sleep, and the sad part is that I know how much I’ll really miss sleep once this baby gets here. I wish you could stockpile sleep. Sleeping at night is okay, but it’s getting a little shaky now that I’m in the third trimester. I have a hard time falling asleep and don’t actually snooze until around midnight, then I’m up around 6ish. I can never get comfortable, and I’m also up several times in the middle of the night to pee.

Speaking of peeing…(goodness I talk about pee a lot on my blog)…
Baby One:
I did okay until around the third tri when Julia flipped and decided to stay super duper low the rest of the time. I think I maybe used some pee pads towards the end of the pregnancy, but it wasn’t nearly as bad as…

Baby Two:
It’s like I have no bladder control, especially when I cough. It’s a little ridiculous. The craziness is how early it started this time. I was expecting to start “leaking” in my third tri again, but it kicked in really early on. Lucky me. 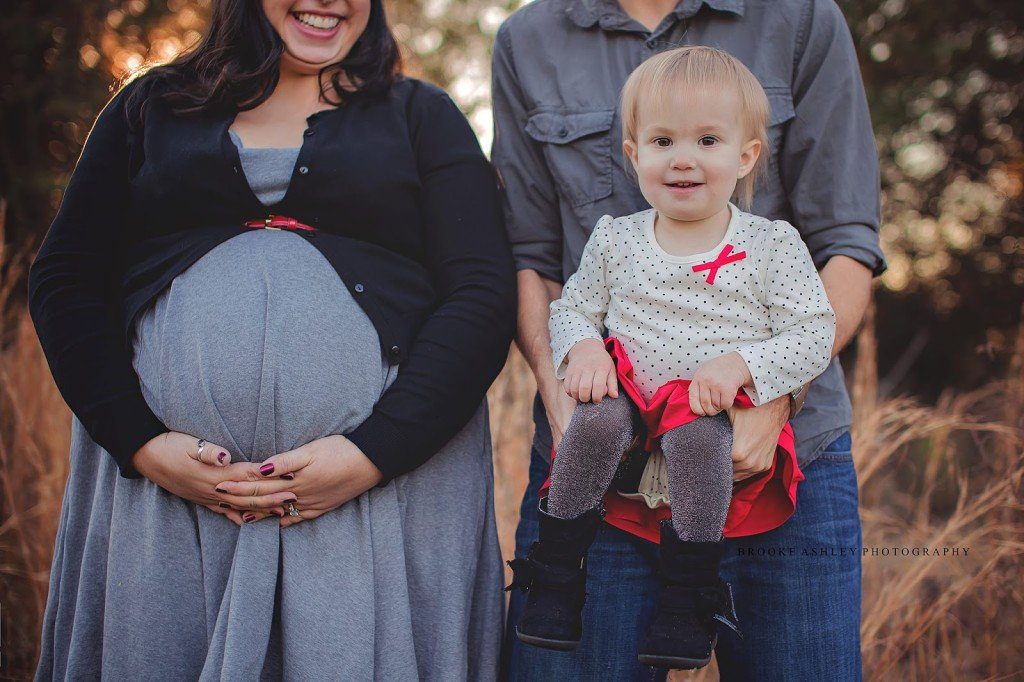 Baby One:
A couple weeks after my anatomy scan we discovered two things: that one of my hormones was elevated, indicating a possible “marker” for an issue with the baby, and that she had a cyst on her brain right next to her spine. Separate, those things aren’t really anything to worry about (the cyst, they said would diminish by the time she was born), but since she had both, it was cause for alarm. I go into detail here and here about what happened, but long story short: she’s perfect and everything cleared up. However, I was dubbed “high risk” because of those issues. I saw a high risk doc once and then I had NST (non-stress tests) twice a week for the remainder of my pregnancy. With the exception of a few times (that people didn’t have their act together), I actually loved having the NSTs, because I got to hear her heart beat out loud twice a week, and once a week they did a quick ultrasound to check my amniotic fluid. It was awesome seeing her, and I also got to know all of the doctors a lot better because of this.

Baby Two:
So far, so good. I’m not high risk, I don’t have gestational diabetes, and every test has come back negative. This is amazing news, and it’s nice to be considered as a “normal” pregnancy, but I’d be lying if I said I don’t miss the constant monitoring and getting to see the baby every week. Then again, I don’t know how I’d have time for twice a week NSTs with a toddler in tow. Yikes!

Baby One:
Since I was overweight to start out my pregnancy, they had me do a glucose test after my first appointment. I passed with flying colors. I later did the normal test (around 28 week), and also passed. Julia was born 9lb, 2oz, though, which is apparently considered big. (I mean, yeah…big, but she was still my little baby!)

Baby Two:
Since I was still overweight AND since Julia was a “big” baby, they had me test early this time around, too. Once again, I passed easily. I took the test again at 28 weeks and this time I failed it by four points. Unfortunately, that meant I had to take the 3-hour test. (Read about all that here). Fortunately, I passed that test and celebrated by eating a cupcake after I found out.

Baby One:
I was so sick during the first trimester that I actually lost weight (about 10 pounds) during those three months. My stomach, however, didn’t get that memo; I started getting stretch marks right away. You know those girls who can wear their pre-pregnancy pants until they deliver? Yeah, that’s not me. I have a super short torso, so there’s nowhere for the baby to go, but out. In the end, I ended up loving my tiger stripes.

Baby Two:
I swear my first set of stretch marks finally faded the month I got pregnant again. I read that it would take around six months for them to fade, but it took well over a year for mine to lose that deep red/purple hue. I was curious what would happen the second time around, and as of right now it looks like I’m just sprouting a few new marks off the tops of the old ones. Like I said, this baby has no place to go, but out, and she’s taking advantage of that.

Baby One:
I fell in love with the name Julia when I was around 11 weeks pregnant. I was walking around and saw the name of the region where we lived (Friuli Venezia Giulia), said it out loud, and fell in love with it. All I had to do next was hope we were having a girl. I became attached to the name very, very quickly, so it’s a good thing she was a she! (Read more about her name here)

Baby Two:
Um…Yeah. I have a feeling this kid won’t have a name until I pop her out. Picking a name last time was so easy, but this time it’s turning out to be a super ridiculously hard decision. We have a few narrowed down, but we may just wait and see what she looks like and what fits her when she’s born. 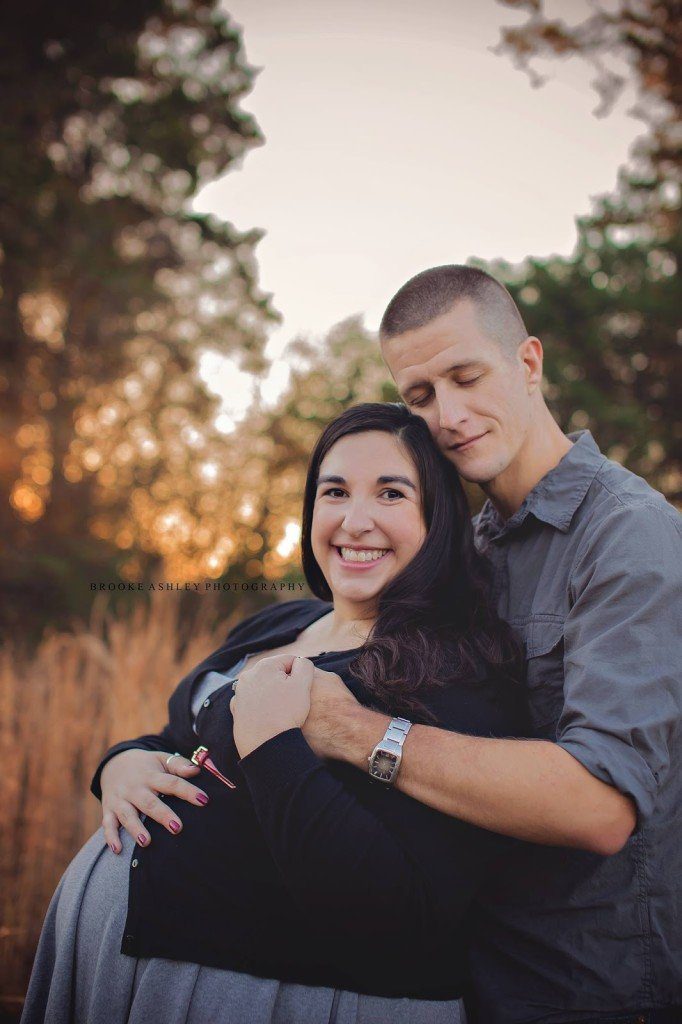 Those are all the comparisons I can think of at the moment. Did/do you relate to any of them, too? I’d love to hear about your experience in the comments below!

*The pictures in this post are teasers from our maternity session with Brooke Ashley Photography. I’m totally in love with them, and can’t wait to share more when we get them. If you’re in the Savannah, GA, area, get in touch with her if you need pictures taken!