I had a good day today. It’s easy to write—to think, to breathe—on the good days, and today was a good day. Most days, if I’m being completely honest, are way, way, better than I imagined. I had nightmares that life would cease to exist, because of how chaotic it would be with two kids underfoot. In reality, life goes on, and it’s not as hard as social media may lead you to believe.

Granted, I’m writing this at the tail end of the newborn phase. Ask me what it’s like again once the littlest is mobile and starts demanding more attention. Also talk to me once the summer hits and the oldest stops going to her mom’s morning out program a few times a week and we’re stuck inside because of hell-ish temperatures coupled with humidity (I’m sweating just thinking about it). 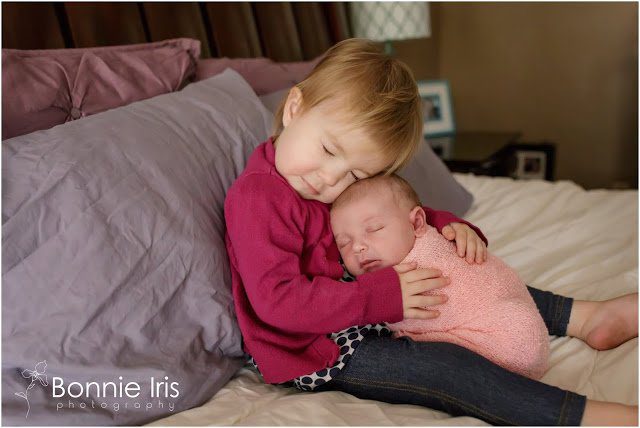 I think this transition has been somewhat easy, because Julia is a pretty fantastic big sister. We hit the jackpot with how she reacted to the new baby. Early on in my pregnancy I cried and cried and cried just thinking about how the dynamics of our family would drastically change once we went from three to a family of four. It could have been the first trimester morning sickness, but I basically made myself sick over thinking about how sad I was to not have Julia be my baby anymore. But then Madilyn arrived and it was like she’s been with us all along. People told me that would happen, and while I wanted to believe them, it’s not something I could comprehend until it actually happened. Julia constantly wants to hold her “Sister Maddie,” and she’s always asking about her and loving on her with hugs and kisses. The jealousy for attention peeks in every now and then, so we shower Julia with a little extra TLC when that happens.

In part, I think the ease of having two kids right now helps because they’re already so vastly different. Upon reflection, Julia had colic for the first several months of her life, which gave us little to no sleep for weeks at a time. That, combined with a rocky breastfeeding start made for some very trying times, especially as first-time parents. With the exception of Maddie having RSV during the second week of her life, she’s been a very “easy” baby. Breastfeeding is awesome, she coos, smiles, and giggles the majority of the time, and she even (*knocks on wood*) sleeps really, really well. All of this could of course change at a moments notice, but overall, the initial transition to two under two has been relatively great. 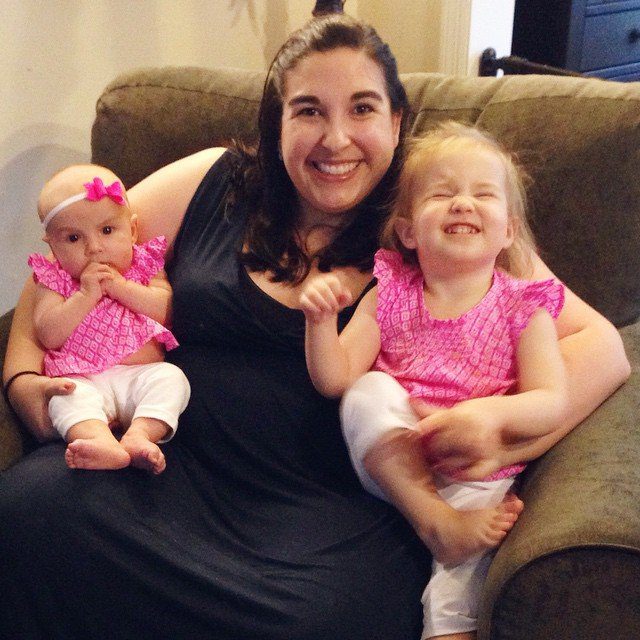 Our “fourth trimester” technically draws to a close today, and
I’m already sad she’s not a tiny baby anymore, but at the same time, I’m growing impatient and wishing she could walk, talk, and run off to go play with Julia. Whenever she sees her, Madilyn literally brightens up and is completely fixated on her big sister. Of course they’ll fight and be jealous of each other in the future, but I’m so excited to see them play together as sisters. The love that oozes out of both of them right now, at such a young age, is a sight to see.

Before we got married, and shoot—after I even had Julia—I was adamant that I would only want two kids. But now? Now I want more…lots and lots more. Watching them grow and love on each other, is utterly priceless; not to mention that seeing us as a family is quite possibly the best feeling in the entire world. 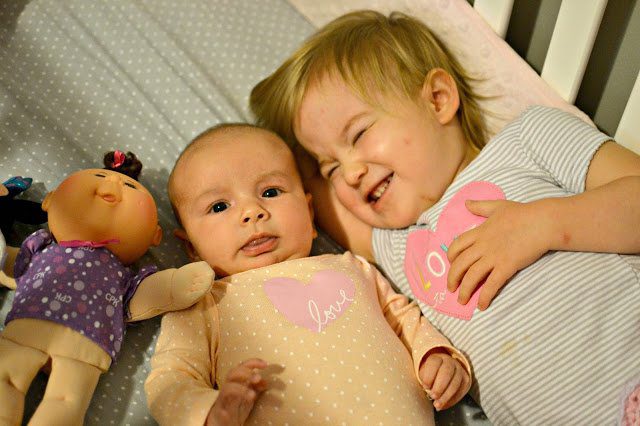 I know this sounds like our days are full of rainbows over here, and trust me, there are plenty of tears from at least one of us once a day, but overall, the transition far exceeded my expectations for what life would be like with a toddler and a newborn. And before you pop my happy bubble with “just wait” comments about what life will be like once they grow up, please just don’t. I know there will be bumps and I know how siblings will fight. But for right now with a toddler and a baby, things are better than good.