I had a completely different post almost ready for today, but instead of working on it last night I relaxed. I took a bath, watched an episode of Jane the Virgin on the computer, and then caught up on Grey’s Anatomy and Scandal.

Speaking of Grey’s (yeah, I know; I said I was never watching it again, but here I am, sucked back into it. #loyal), how adorable is Sophia? I’m glad they picked a gorgeous little actress to play the part of McSteamy’s kid. Also, what are we calling Meredith’s new man? He’s clearly in need of a nickname. Our photographer, Brooke Ashley Photography, keeps posting teaser pictures from our session in Savannah a few weeks ago, and I literally can’t handle how much I love them. I feel like my heart is going to explode (in a non-literal way) every time I see how she captured our family. AH! Fair warning that there will be a post full of pictures and me gushing about how much I love them in the near future. …..heh. So I just took about an hour break from this post, because we were all hunkered down in our closet. There was a tornado warning, (my first since living here), and they think a tornado just passed through pretty close to us and may have gone through the base. They said there were around 90-100 mile per hour winds. That’s crazy. There’s still a boat-load of rain pouring down*, and a tornado watch until this afternoon, but the imminent threat is clear for now. Not gonna lie. I was scared. I do not do well with weather like this. I know some people laugh at people like me, but tornadoes freak me out.

*Follow me on snapchat (jesstagirl) to see videos of our flooded backyard.

Gosh, I don’t even remember my plan for this post. Oh yeah, I had plans.

Ah yes, I was going to tell you about Target! Gotta love that store. So, the house we’re moving into in California—by the way, we signed a lease for a house in California!!!!!—has a place for us to eat outside. We’ve always dreamed of having a little area in the backyard with pretty lights outside, so we’re pretty excited. I was at good ol’ Target a couple days ago and saw that their lights were on sale for $5 off. Then, the next day I got a Cartwheel alert that all of their outdoor patio stuff is 20% off until tomorrow! My husband and I booked it over there and picked up a few boxes of pretty lights, and ended up saving $10 on a box (including the 5% off for using the REDCard, too!). I love good deals 😀 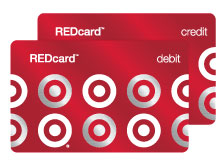 I think I’ve talked about this before, but if you go to Target more than twice a year, and you don’t have the REDCard, you’re missing out. Please get it, because you save 5% on EVERY order, and they have free shipping online when you use it.

I’m not sure when my little girl grew up, but lately Julia is just making me double and triple takes. She’s just acting much, much older than a mere three years old. Granted, I really don’t have anyone else to really to compare her to, but gosh; she just blows my mind. She speaks in full, complete sentences (sometimes gets her pronouns confused), and retains so much information; she’s even recalling things I told her months ago. She’s beyond helpful with her sister—the way they play, laugh, and dance together is beyond what my heart can handle. Julia also recognizes her letters and numbers; she’s been reciting the ABC’s for months now (actually going on a year or so), but now she can sometimes point to letters and know what it is, and she knows my phone number. She’s also always talking and asking questions…about everything. That part is exhausting (for me). I guess I just figured most of that stuff would happen later, not now at only 3 years old.

Then again, she’s still very much three. She throws tantrums, and likes having tea parties with her stuffed animals. And just to be fair, here’s a picture of Madilyn for those of you who aren’t on Instagram. I can’t get enough of her adorable squish…and that belly! Oh, to be little and have your belly sticking out of your shirt be adorable 🙂 Okay, I think we’re going to brave the weather and head out for some groceries. We were going to go mini van shopping today, but the tornado sorta put a damper on that. By the way: Honda Odyssey or a Toyota Sienna? State your case and tell me why you love one of those two!

Hope you all have an uneventful April Fool’s Day and a great weekend!