WE MADE IT!!! We survived our road trip to California, and are currently soaking up the rays in sunny San Diego. You guys, I already don’t want to leave. I think the Air Force is going to have to physically pick me up and drag me away from here. Everything is absolutely wonderful so far. I’ll save the gushing for another post, because this one is to give a quick update of all the things that’s been going on around here. 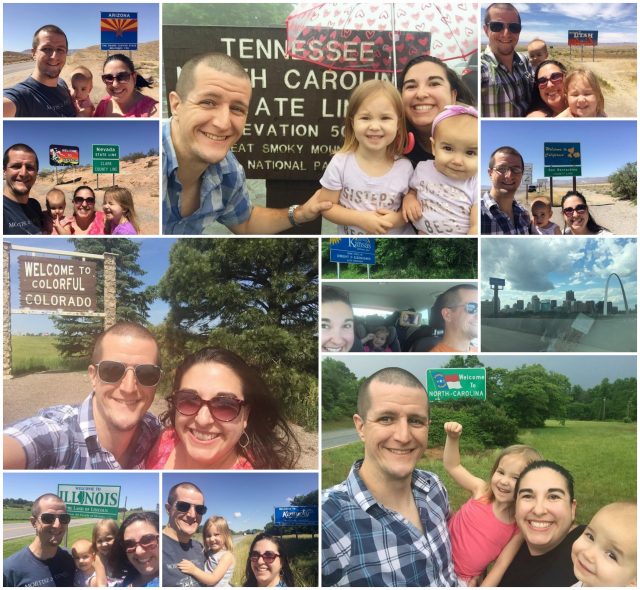 Let’s start with some stats. Over the course of our road trip we… 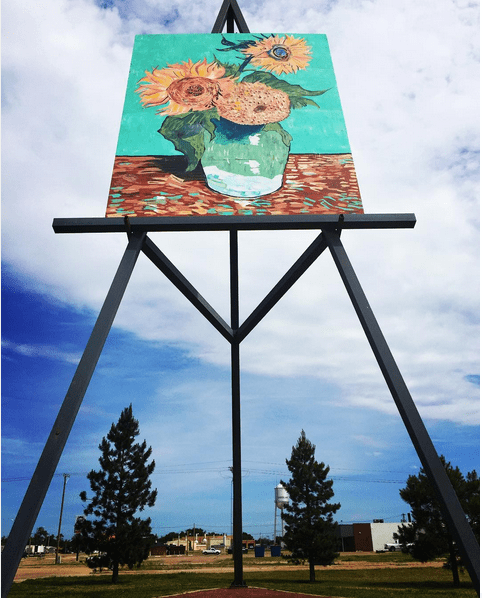 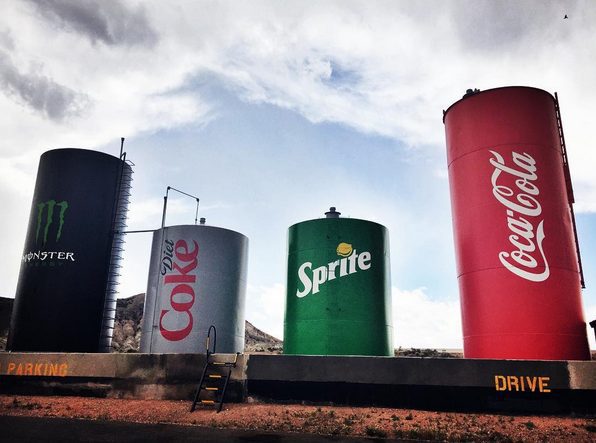 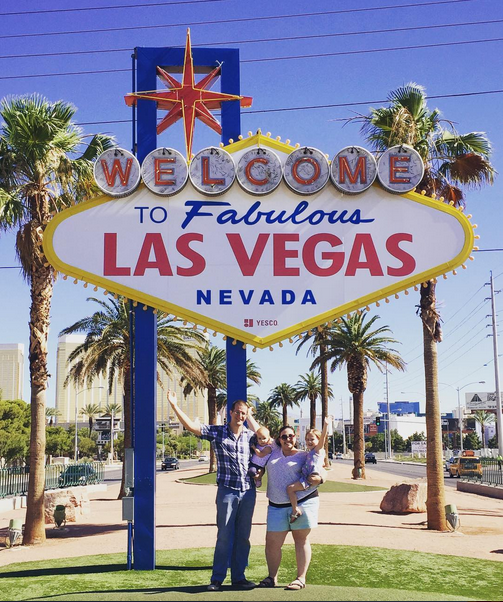 Whew! People were amazed that we did the trip with the kids and a dog, but honestly, that was the easy part. This time right now is the tough stage. We’re currently living in a tiny house while we wait to move into our new (to us) home next month. Tempers are short, and patience is thin around here, and we’re all eager to get into a routine and spread out a little more.

Other than moving to the coolest place ever, something else really exciting happened…. 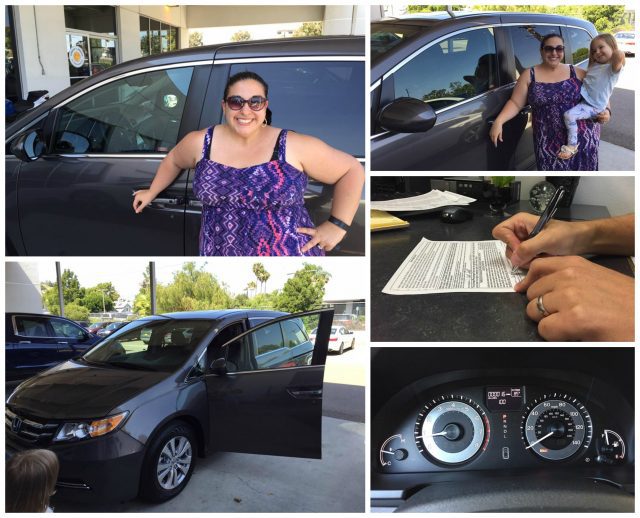 We bought a car!!! Before we left (actually, en-route), we sold my beloved Toyota Scion to a friend of mine. We’re keeping our Ford Escape, which I LOVE, but we’ve been itching for a little more space, so we’re now the proud owners of a Honda Odyssey! It was between the Toyota Sienna and the Odyssey, and honestly, it came down to the fact that the salesman who test drove the Sienna with me was extremely rude, pushy, and I got a horrible vibe from him. I couldn’t get out of that dealership fast enough*.

*I shouldn’t say that was the only thing that influenced our decision, I genuinely liked the Odyssey more. Anyway, I’m now part of the mini-van club. Woot woot!

What else am I up to?

+ I’m totally addicted to the PinkDrink.
Have you tried this from Starbucks? It’s AMAZING. The only problem is that every time I get it, the girls want to drink it, too. Because it’s pink. And fruity. And AMAZING. This problem usually results in tears, because I selfishly want to keep it all to myself.

+ feeling cramped in our tiny house
I seriously don’t know how people live in very small homes. Have you read this post? It’s HILARIOUS, and so, so, true. Granted, it’s not like we’re living in a box. The Airbnb we’re renting is actually pretty fantastic, but living in a 700 square-foot place with two little kids and a dog is pretty much my limit. 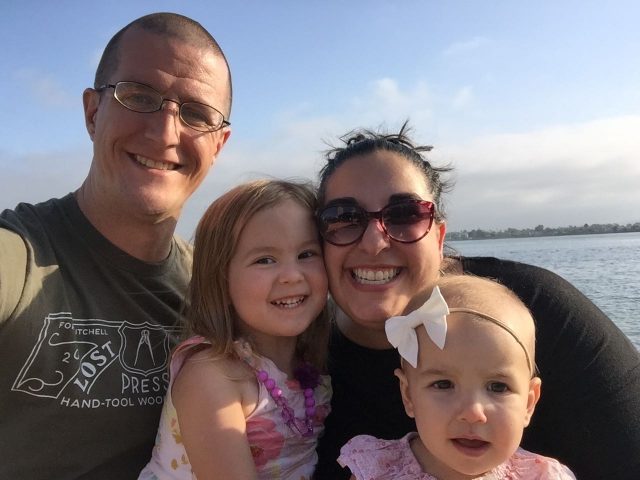 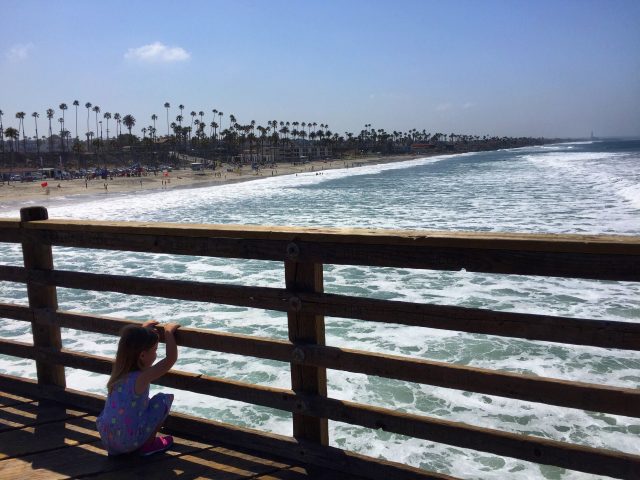 + LOVING California
We managed to drive in during SoCal’s silly heat wave, so our first weekend here was 100+ degrees, BUT there was no humidity, so I pulled on my shorts, slipped on the sunnies, and dealt with it. One random day last week I didn’t know what to do, so I put the girls in the car and we drove to a beach. Because we could. It was awesome even if I wasn’t prepared at all (I need to pack a beach bag STAT)!

But seriously, everything about this place is the exact opposite of where we just came from, and it’s AMAZING. If I could just transplant my friends here (and make the cost of living cheaper), life would basically be perfect. I mean, you can get avocados for dirt cheap here—how can this place not be perfect*.

*Except for that annoying possibility of stupid earthquakes, of course. Oh, and rush-hour traffic. 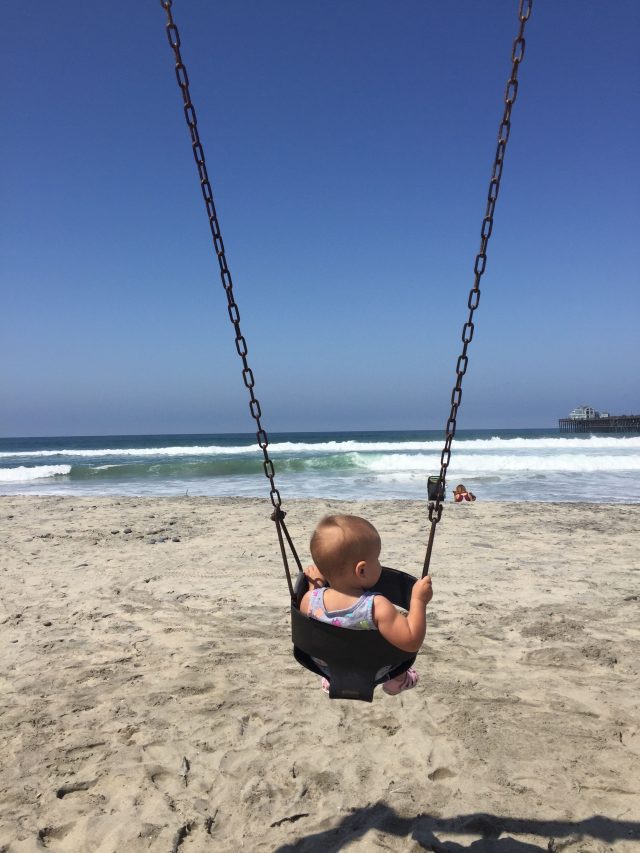 + Going back to New Mexico
Not permanently—yet. Next week I’m going about an hour north of where I’m from for a blog conference. The girls are going with me, but they’ll hang out with family while I’m there. I’m excited to be around people for those few days. I’m not excited about staying in a hotel room with a baby who still won’t sleep through the night.

+ Thankful for Adele
Somewhere between Tennessee and Missouri we realized the charming power of Adele. We’d start her album and sing our hearts out to “Hello,” but by the third song, both girls would be passed out. This happened every. single. time. So Adele, thank you for helping us put our children to sleep! 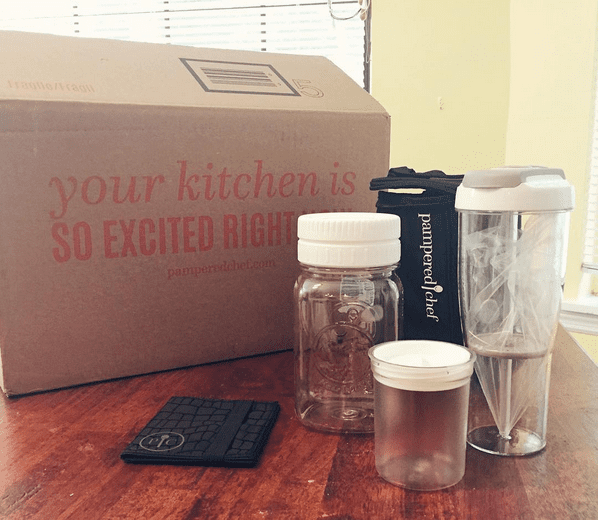 + Rocking at Pampered Chef
I don’t want to toot my own horn, but….TOOOOOOOT! As of today, I’m officially a director with Pampered Chef, and I’m SO excited for my team! Everyone’s worked so incredibly hard, and I’m loving the passion and excitement surrounding this business. I brought some of my favorite products on the trip with us, like this Rockcrok that I can’t live without, but I’m so ready to get all of my kitchen stuff back and start cooking in my kitchen again. If you’re interested in having a party (I do cooking shows if you’re local or fun virtual parties if you’re, well, not local!) just let me know and we can look into setting something up! The stuff in the picture, by the way, are our new summer products: Make & Take Mason Jar Set (for salads in a jar), Infusion Water Bottle, Make & Take Snack Jar, and a Tea Pack-it! Oh! And feel free to join my Facebook group for special insight into awesome sales, tasty recipes, and fun tips.

+ Breastfeeding Again
Speaking of the baby who won’t sleep, Maddie started weaning right before we moved, and I’m not gonna lie: it was wonderful. We were down to twice a day, and then once in the middle of the night (BECAUSE THIS CHILD STILL WON’T SLEEP THROUGH THE NIGHT). But then the move happened and it’s like she’s a newborn again. I know we’ve gone through A LOT of big changes, but I was really starting to enjoy my freedom from nursing. Don’t get me wrong, it’s the most wonderful thing ever, but so is not having someone literally on your boob several times a day. Now we’re back at the drawing board, because it appears she has zero intention of stopping any time soon.

In Case You Missed it:

+ Visiting the Fiery Furnace in Moab, Utah
+ Pretty Little Things (awesome discount code in post!)
+ How to do it All
+ How to Make Brushing Teeth Fun for Toddlers
+ Going on a Road Trip with a Dog

The next few weeks will still be busy over here since we won’t even move into our house until the middle of July, but I still have some posts lined up that I hope you’ll like; I know I’m pretty excited for them! Don’t forget to follow along on Facebook and Instagram to see snapshots of my trip back to New Mexico and good times in California!