A couple of weekends ago I got a crazy idea, and wanted to go apple picking. I heard about a place near us named Julian, California, where there’s a plethora of apples to pick from. As luck would have it, a quick Internet search of the town told me that, along with apple pickin’, there was also a grape stomping event happening!

Apparently, Menghini Winery was harvesting grapes that weekend, and having their 20th annual Grape Stomp Festa but that’s not the coolest part. The neat thing is that you could stomp the grapes, just like in good ol’ Italia. *Fun fact: while living in Italy, we never saw a place that actually stomped grapes. I’ve seen it (on “I Love Lucy,” of course), but never with my own two eyes…or my own two feet, rather. 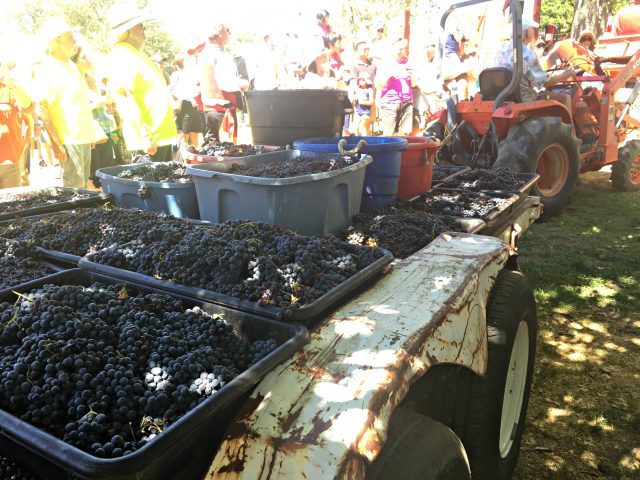 The festival itself was pretty small, but it packed a big punch. You got a wine glass with the price of admission ($15), and with that you could fill up your cup at any of the 11 wineries that were there. We only stopped at a few, and I really wish I remembered what they were, because we tried some really tasty wine. There was also a lot of food on the other side of the festa—I enjoyed a bacon, apple, and cheddar grilled cheese sandwich complete with fried cheese curds. YUM! There was even an ice cream and a snow cone booth—both of which were perfect since it was a pretty warm day.

So the actual grape stomp ceremony was entertaining—two “authentically” dressed ringleaders road in on a trailer filled of tubs with burgundy grapes, and as they drove into the festival area we were greeted with classic Italian songs…played with accordions, of course. 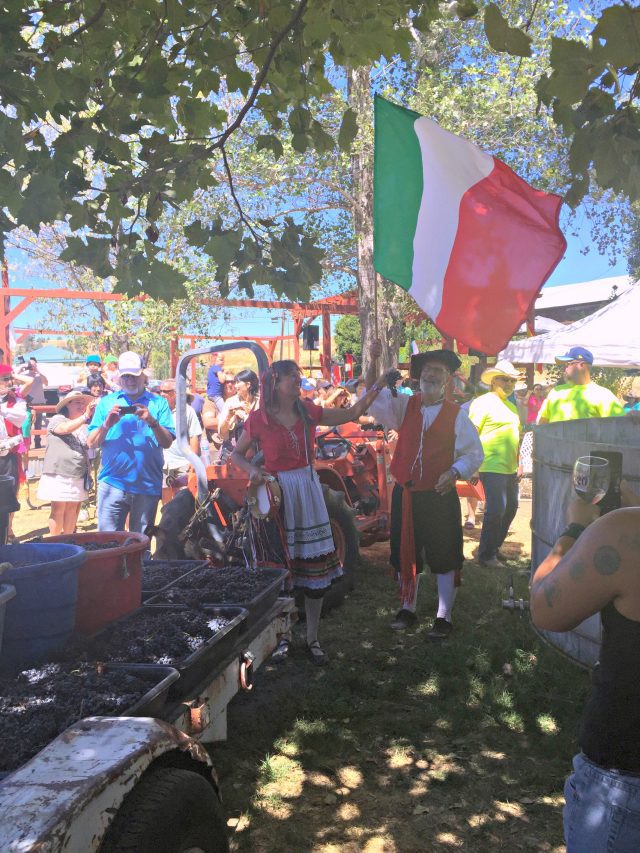 Before the grape stomp started they actually had a minister show up and bless the grapes. It was a pretty cool touch, and I wish I remembered what she said, because I know it was even funny during some parts. 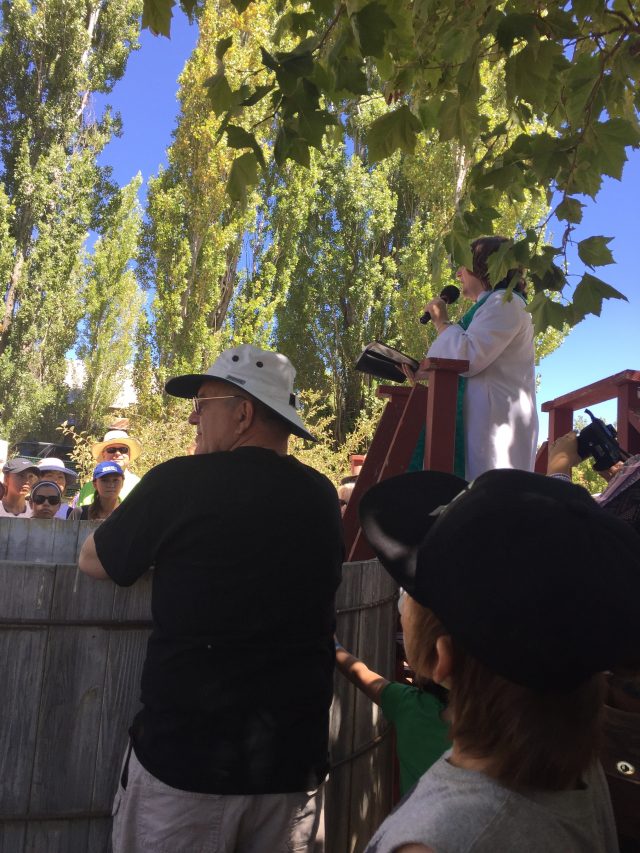 Once she finished the blessing, it was time to fill the barrels with all the grapes! 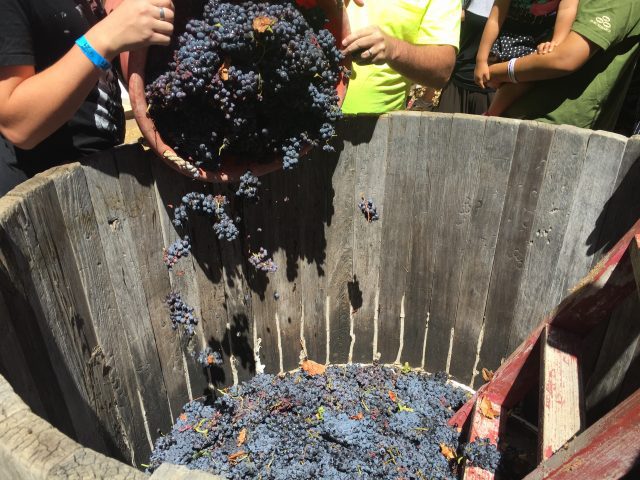 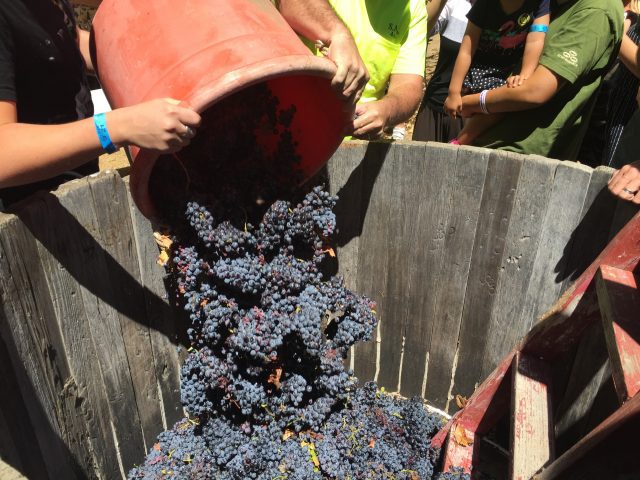 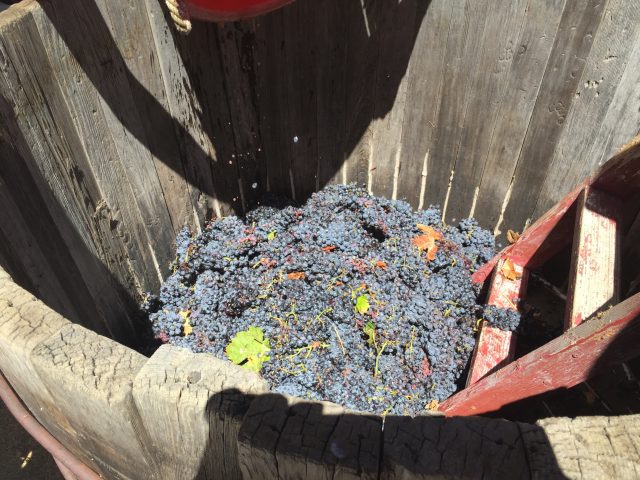 A ridiculously crazy long line formed with people who wanted their chance at stomping grapes. There were two barrels: one for big kids (adults), and one for little kids, and somehow we positioned ourselves near the front of the kid line. (Thank goodness, because that line got seriously long by the time we left.) Julia slipped off her sandals and joyfully headed into the pit of grapes.

The absolute delight that followed was a site to see. I loved watching her squish the grapes between her toes, and bounce with delight while standing among a sea of soon-to-be wine. Just kidding…they didn’t actually use the grape juice for anything. Too many stinky/dirty feet—yuck! 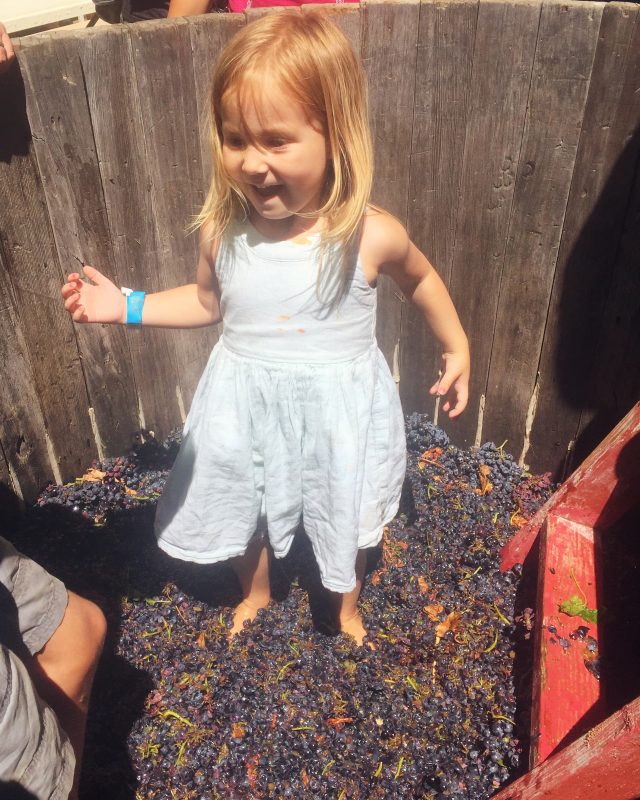 Once we pulled her out of the barrel and cleaned her up we moved on to the next portion of our day trip: apple picking!! If there’s one thing I love about the fall it’s apples. Nope, no pumpkin spice lattes for me—bring on the apple cider and apple pie! I read that early September was the best time to go apple picking, since there’s usually slim pickings later in the month.

We paid (probably too much) for our two bags, and set out to find the reddest apples we could find. 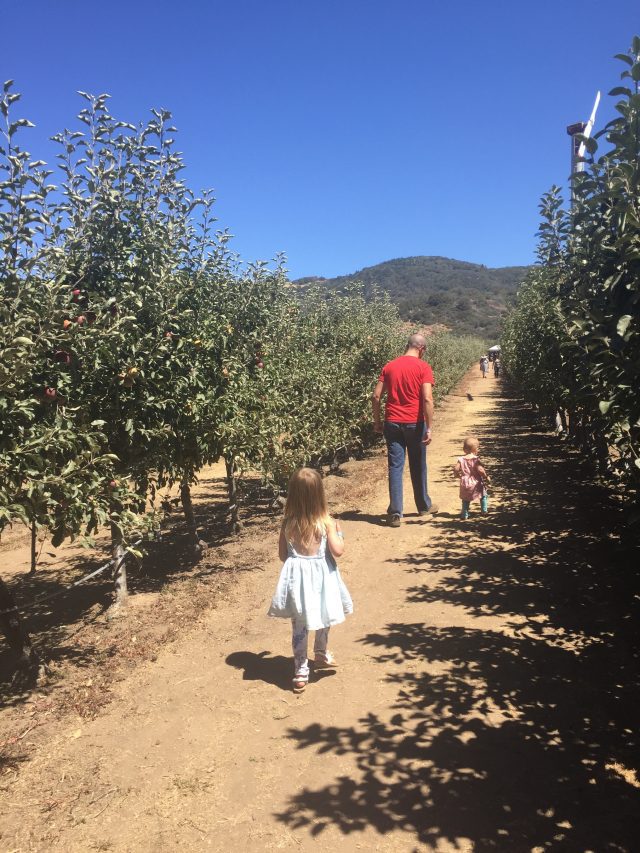 Julia’s been strawberry picking before, so the concept was already in her mind; I told her to only pick apples if they were super red. She got it for the most part, and started filling up her bag. Maddie even got in on the fun and picked a couple of apples! 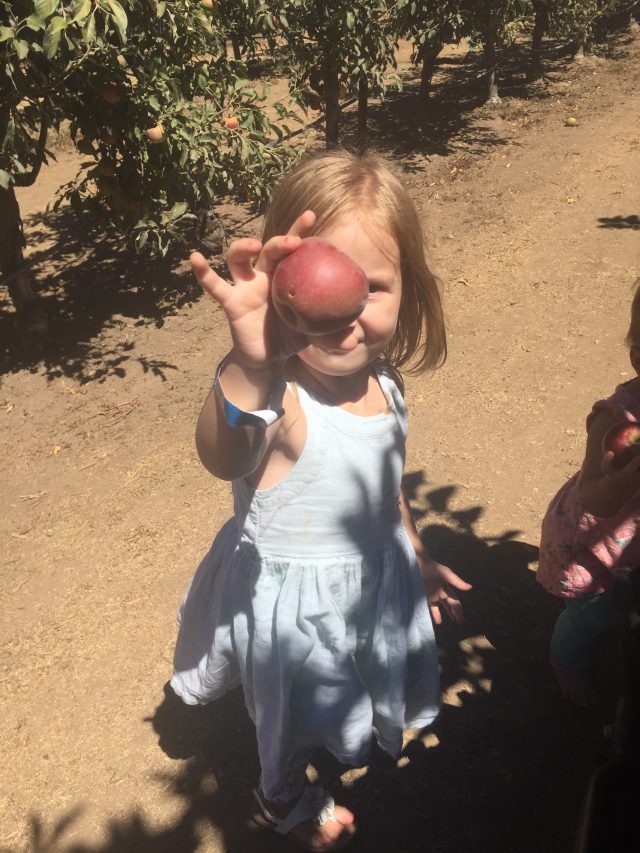 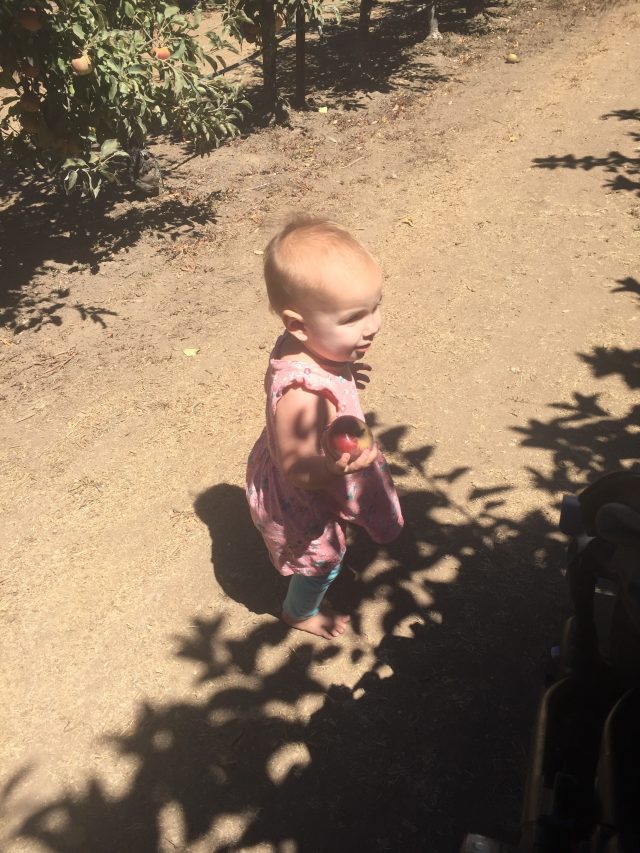 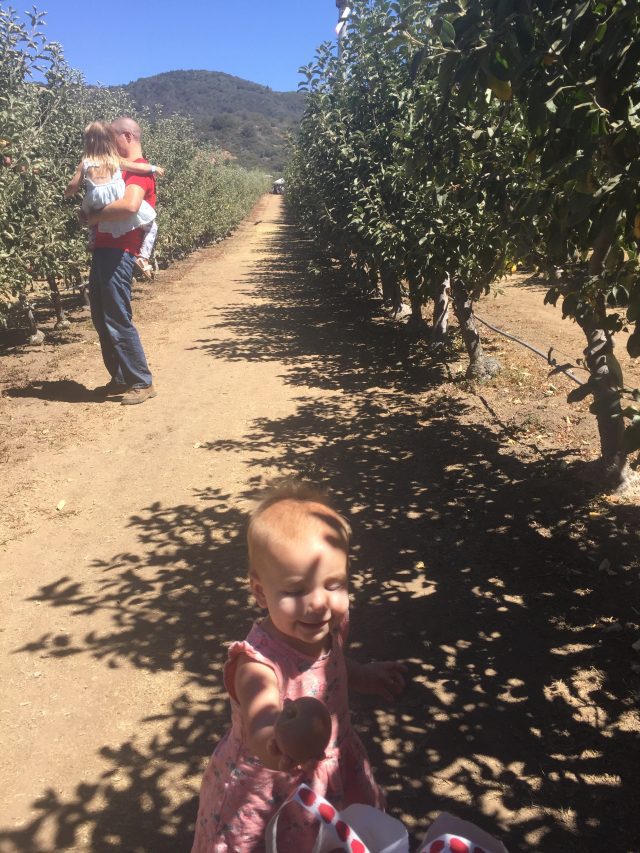 We took our apples home (all three dozen of them), and so far we’ve only eaten them raw, and I made some applesauce out of them. I still have plans on making an apple spice cake or apple crisp (or both of them since we’ll have apples forever at this rate). 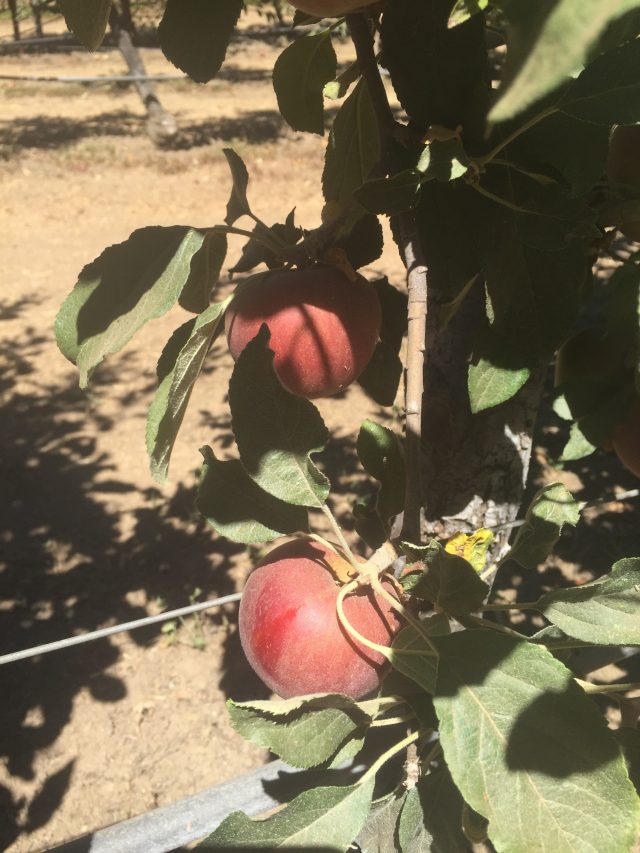 The absolute best part of the day was when we stopped for some famous Julian Pie. Y’all. We really like pie around here, so when our friends shared some of this delicious pie with us during the first week we were here, I literally couldn’t speak, because it was the most amazing thing I had ever tasted.

Julian Pie Company has a teeny little “restaurant” in Julian, and I couldn’t resist stopping for a couple of slices. We were full from lunch, but we took them home and ate them for dessert. I unfortunately forgot to document this momentous stop, but that just means that I’ll have to go back. (Oh yes, we will be back soon for more pie!) 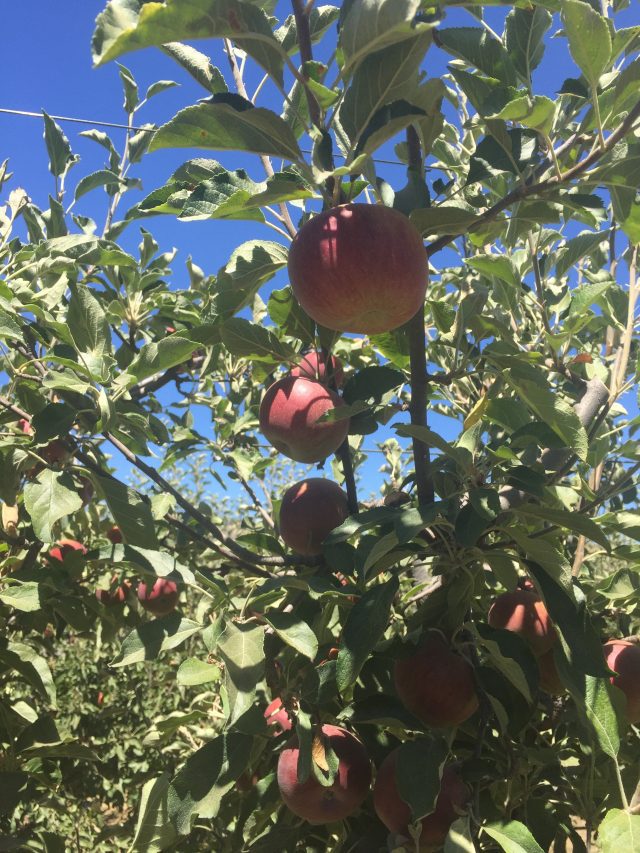 That was our exciting day trip to Julian, California. We stomped, we picked, we ate really delicious pie. All in all, we couldn’t have asked for a better Saturday! 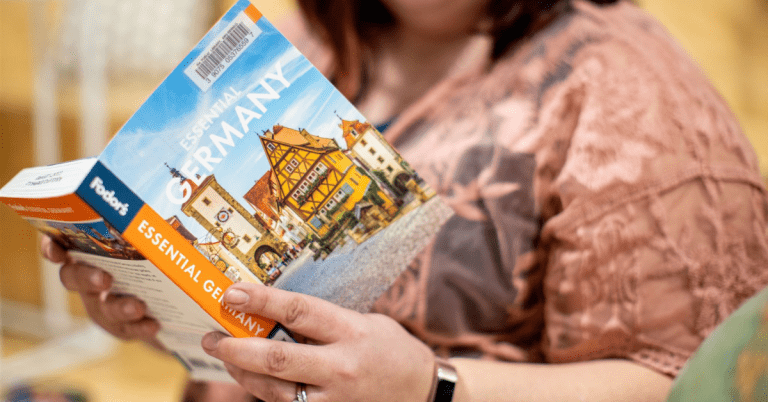 So, you’re moving to Germany? Awesome! As everyone will probably tell you: you’re in for a fun adventure, and this post will give you a few tips on how to… 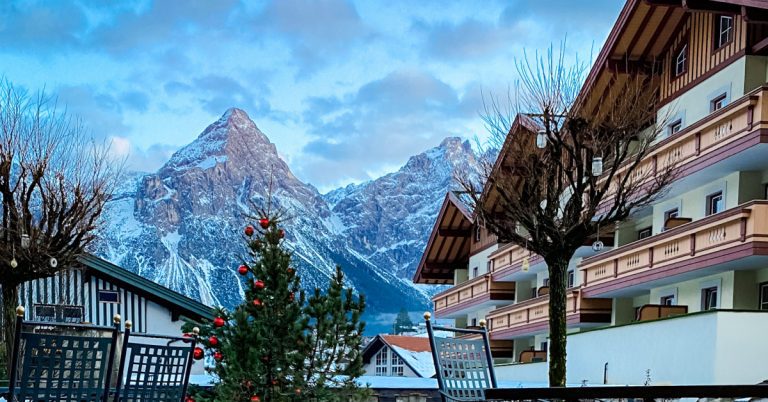 We closed out 2021 and welcomed in 2022 with the most delightful, family-friendly and all-inclusive holiday at the Alpenrose Familux Resort in Tyrol, Austria, and I can’t wait to tell… 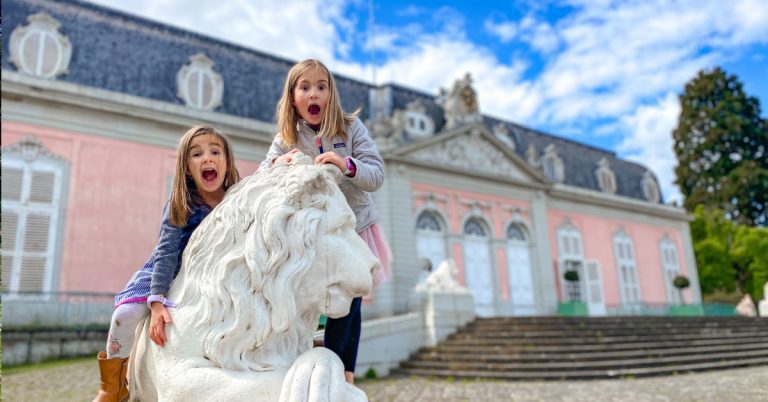 I almost couldn’t believe my eyes the first time I saw Schloss Benrath, an actual pink castle in Germany. To be honest, it doesn’t look like a traditional castle, but… 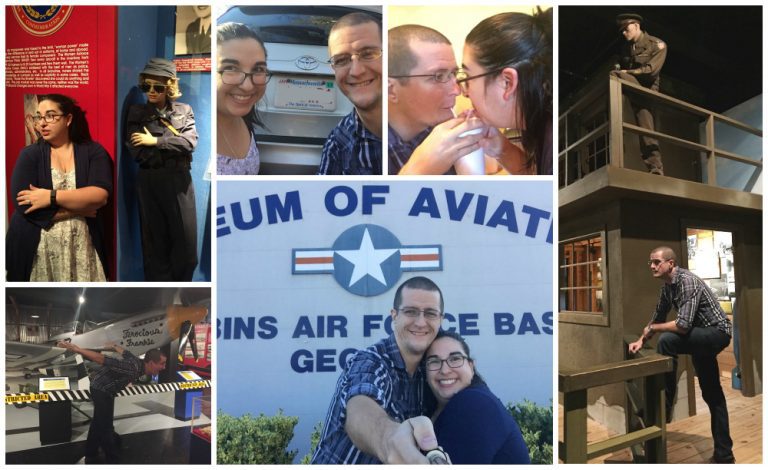 Last month my husband and I went on not one, but TWO dates. Seriously you guys, having a babysitter is literally life changing, because instead of just talking about wanting… 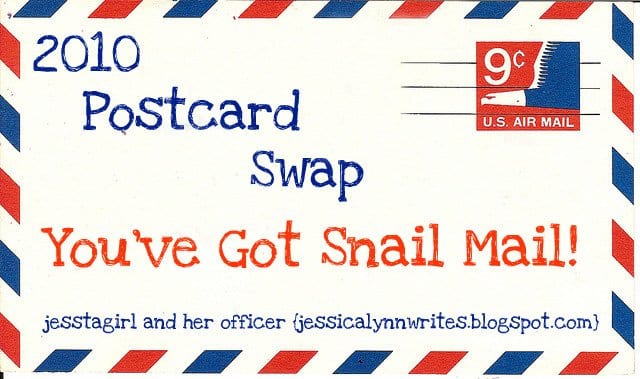 I just wanted to send out a friendly reminder to sign up for the You’ve Got {Snail} Mail: Postcard Swap! Right now we have people signed up from: Italy Germany… 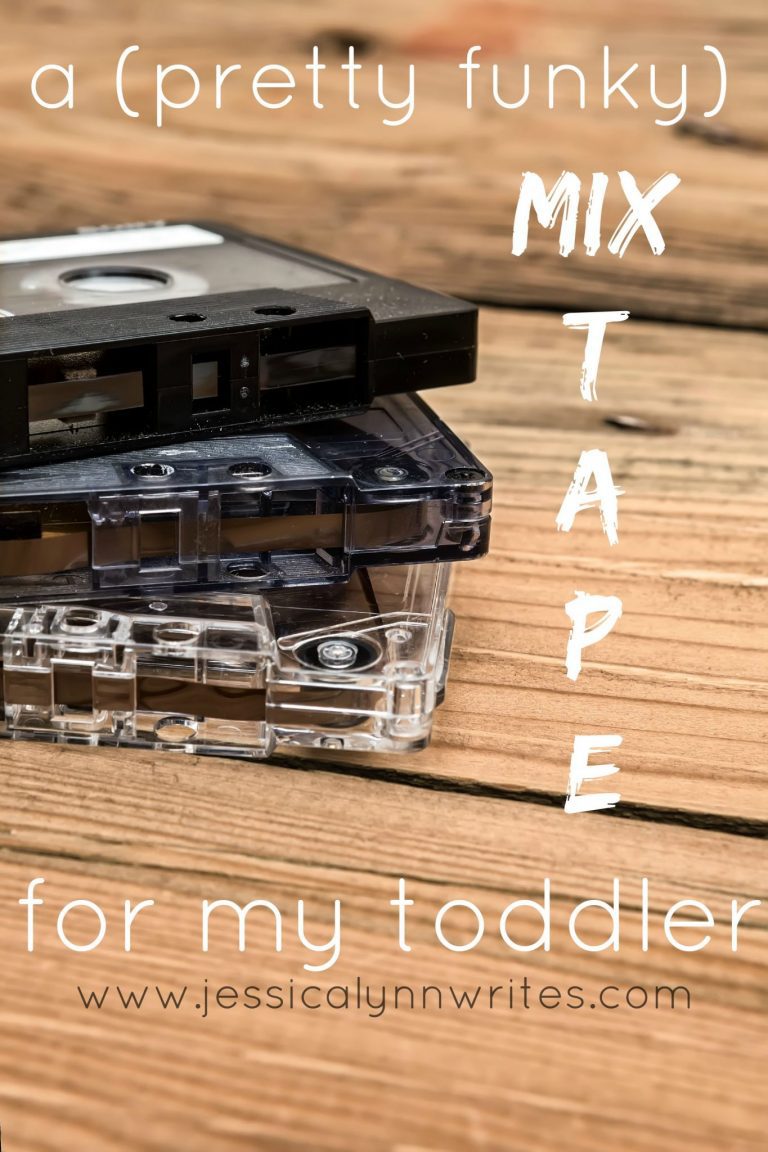