My husband took off work on a Friday a couple of weekends ago, and instead of spending the day being lazy around the house, we hopped in the car and decided to play tourist in our new city. With an ample list of ideas of where to go, what to do, and things to see, we narrowed it down to a few options, and then decided on checking out SeaWorld San Diego. We knew the kids would love the animals, and even though the zoo was also at the top of our bucket list, we figured we’d save that for a cooler day.

Armed with sunscreen, our double stroller, a hat for the little one, and a change of clothes for both girls, we set out to SeaWorld! It turns out that (with no traffic), it’s less than 30 minutes from our house—score! We got there right when it opened, and cashed in on their fabulous military discount*.

*If you’re active duty military, you can get free admission for you and up to three dependents once a year!!!

As soon as you walk in the park you’re greeted with several petting tide pools—basically a petting zoo, but with fish! They had the little sucker fish (the kind that suck your skin off and make your skin super soft), leopard sharks, crabs, and a couple other marine life there to check out. It was also shaded, which I appreciated.

After that we walked over to see Shamu! They’re actually stopping their One World show at the end of the year, and while I think they’re replacing it with another show, I still wanted to see them. I know there’s a lot of controversy over the sea life at SeaWorld, but….it’s Shamu, people! How often will you ever get to be that close to a whale? 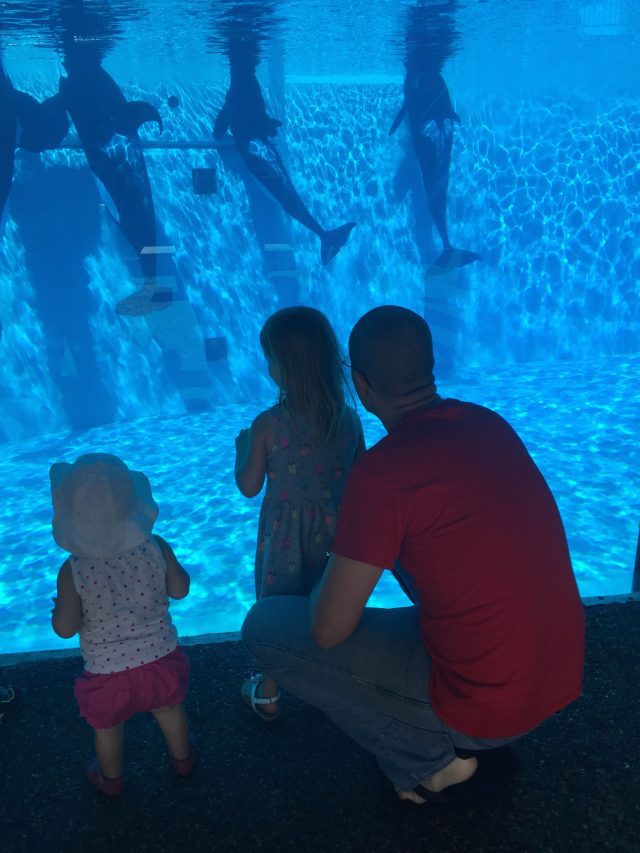 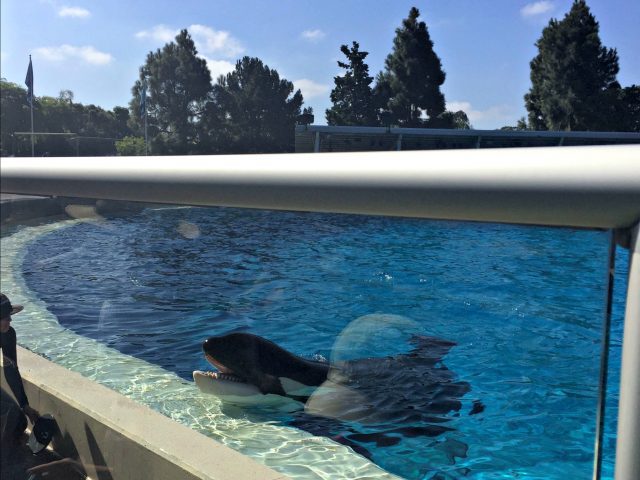 They were in the middle of playing/training/eating, so we only caught a glimpse of them, but we all enjoyed it. The show I wanted to see was actually right in the middle of nap time, so we ended up not staying for it, but it wasn’t the end of the world for me to not see it.

One of my favorite stops for the day was to see the dolphins. My mom doesn’t remember this stage in my life, but I distinctly remember wanting to be a marine biologist so I could investigate dolphins more—they’re SO interesting! Ever since Lisa Frank (yup, totally went there), I’ve always loved dolphins. I even had a ring with a dolphin on it growing up. Ah, memories. 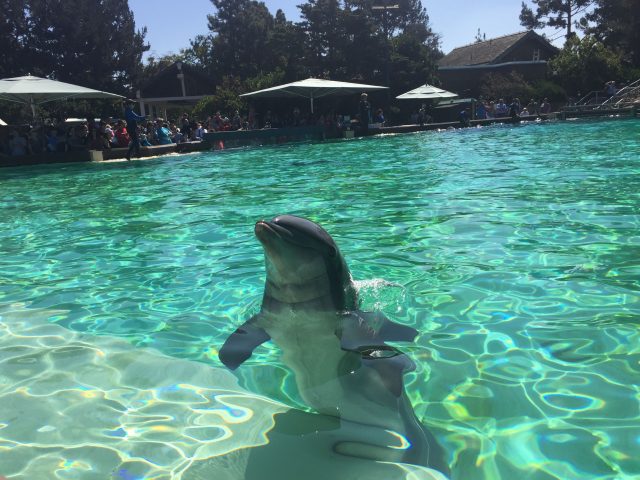 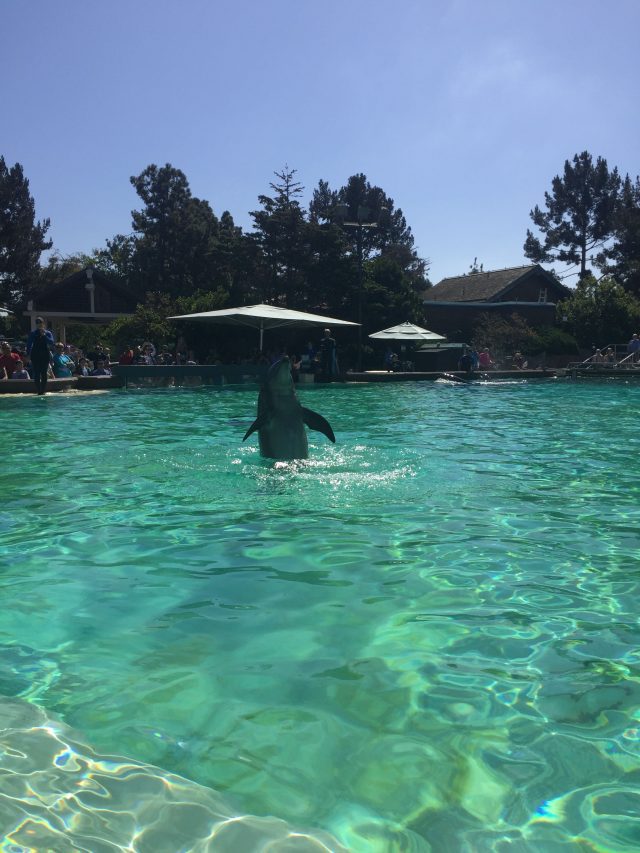 Anyway, we got to see them up close and personal (not like in the water with them since you have to pay more for that), but they swam right up next to us. The girls got a kick out of it, while I felt just like a kid again. Dolphins are so amazing; I could’ve watched them all day! 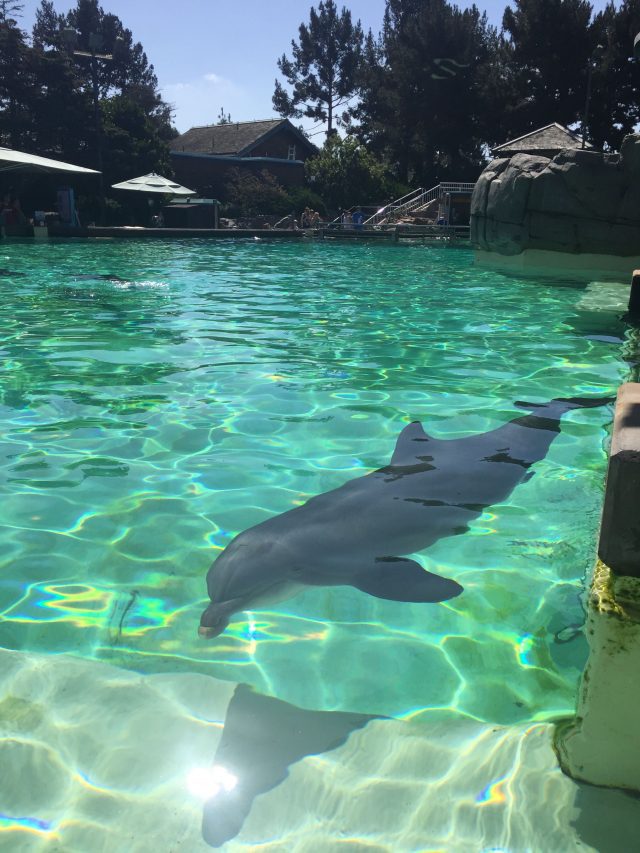 Alas, we moved on to a Sea Lion show, which was hilarious. They’re not paying those trainers/actors enough. They had the whole crowd singing, dancing, and laughing the whole time. And the sea lions were great, too. 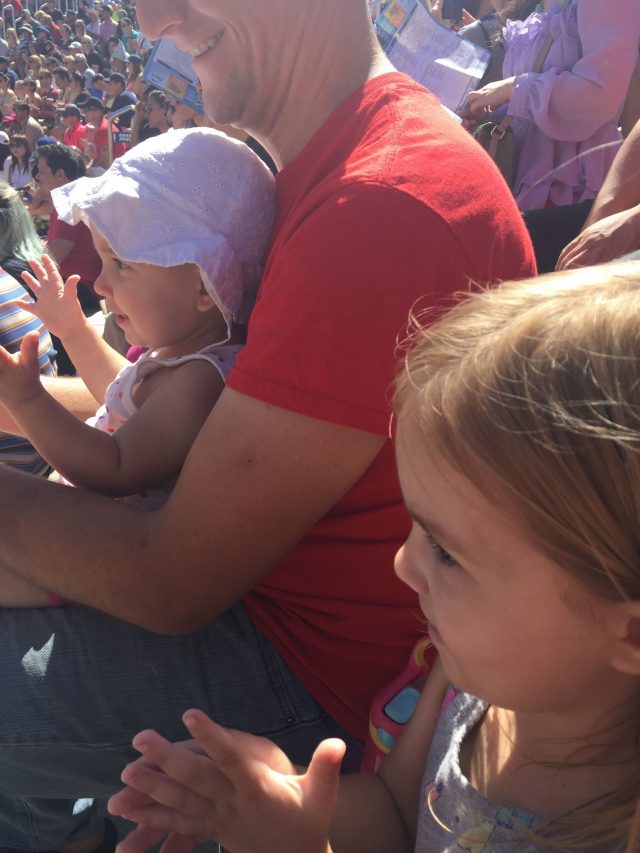 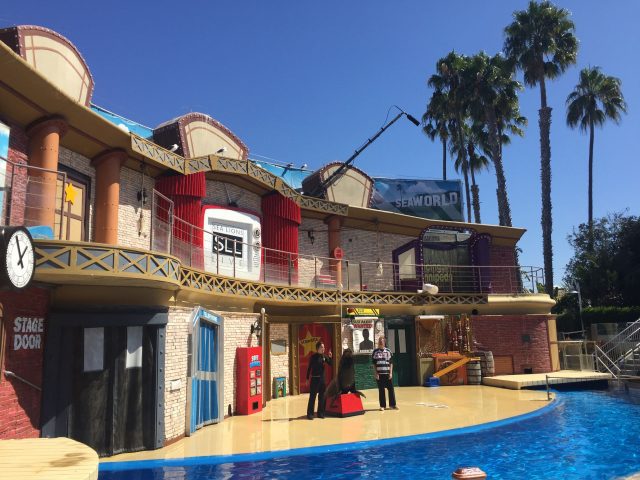 My only complaint about the show is that we sat in the splash zone and didn’t get a drop of water on us. It was getting pretty warm, so we were all looking forward to getting splashed. 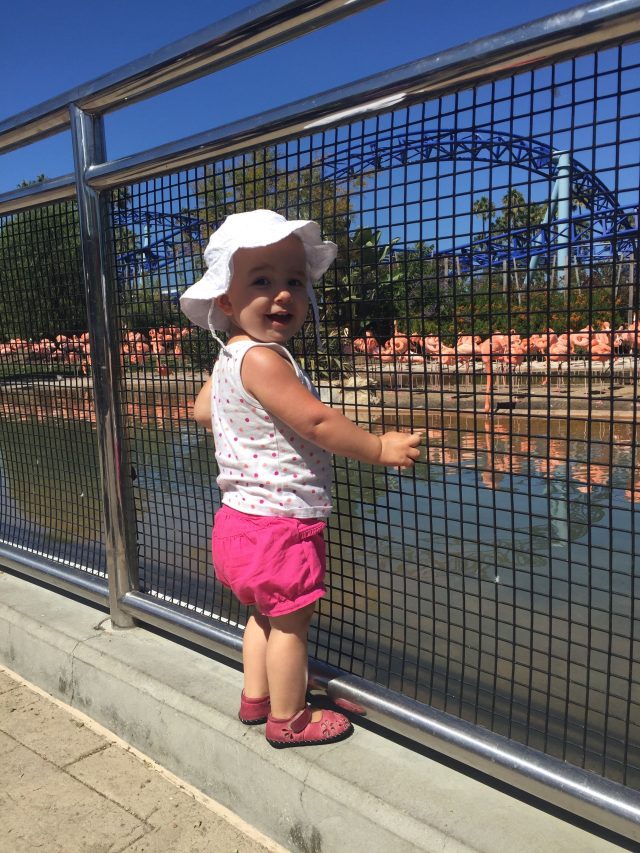 Julia held the map the whole day, and out of everything on the map, she desperately wanted to see the flamingos and mermaids (of course). The flamingos, while pretty, were uneventful (because…as cool as flamingos are, we just saw whales and dolphins), and the “mermaids” ended up being a gift shop. Apparently the weekends they actually have a “real live” mermaid there that you can take pictures with. Julia would have FLIPPED over that, so I’m still kinda bummed it’s only on the weekends that they have her there. 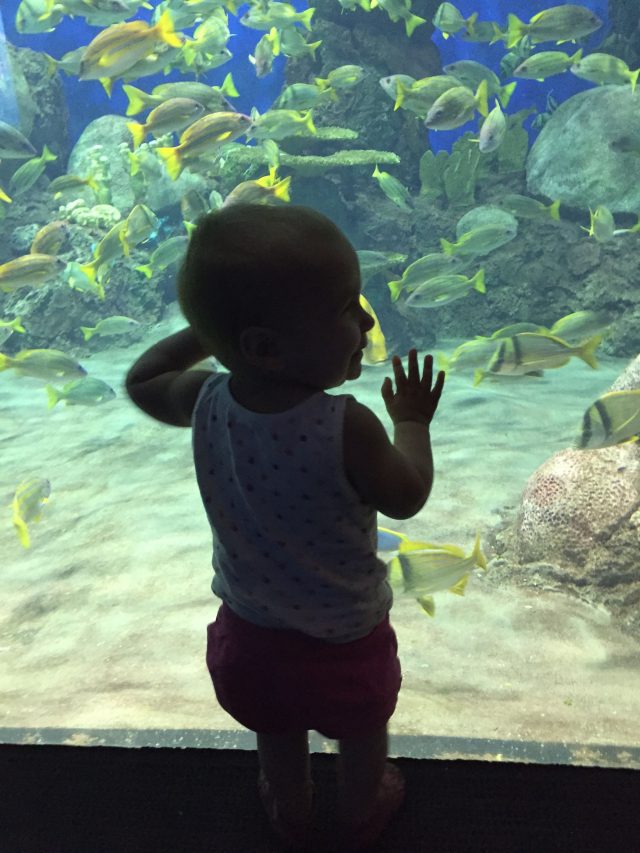 We saw more fish, ginormous turtles, sharks, and penguins, and then we went to my second favorite exhibit of the day: the beluga whales!! 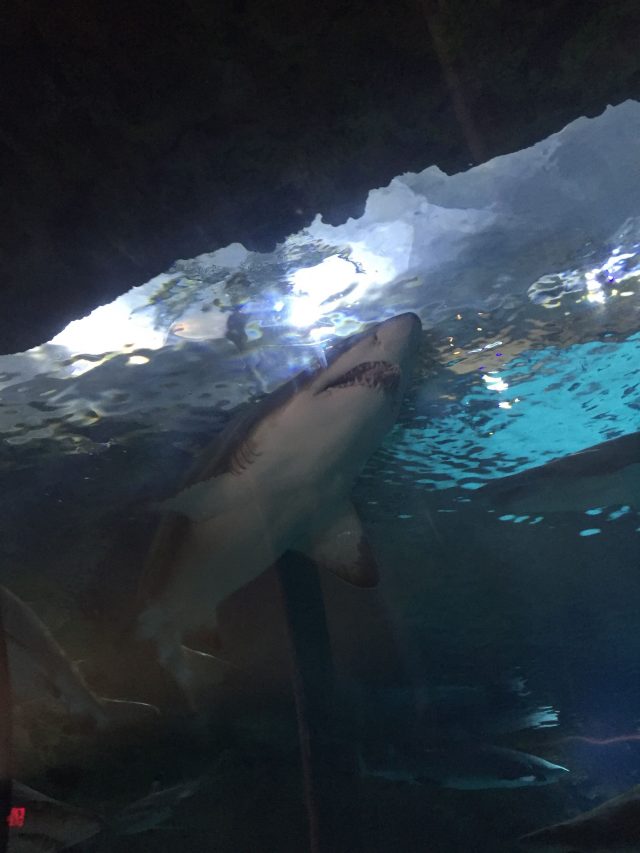 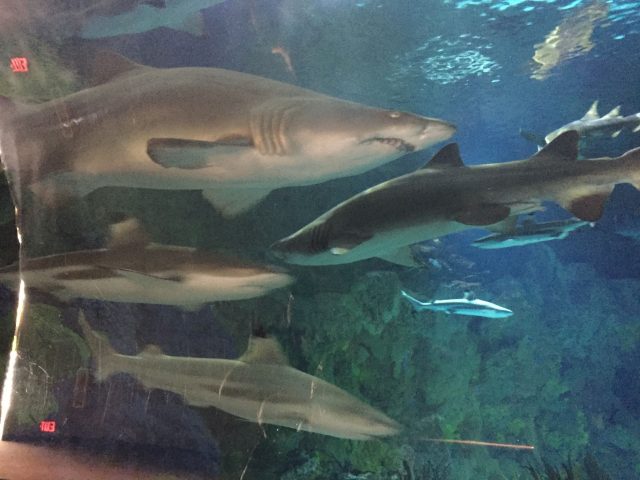 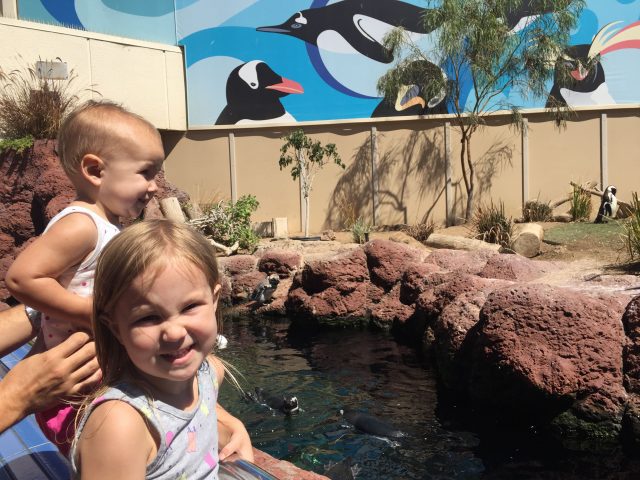 I’ve seen beluga whales at the Atlanta Aquarium, but I loved seeing them at SeaWorld, because they had a more “natural” environment. The whole exhibit was to showcase the colder sea life, so they had ice everywhere, and so many places for them to swim around. It was awesome, and the whales seemed so friendly and eager to play. 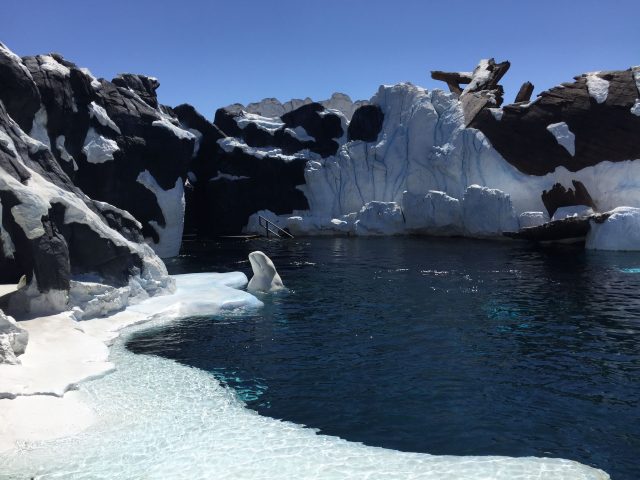 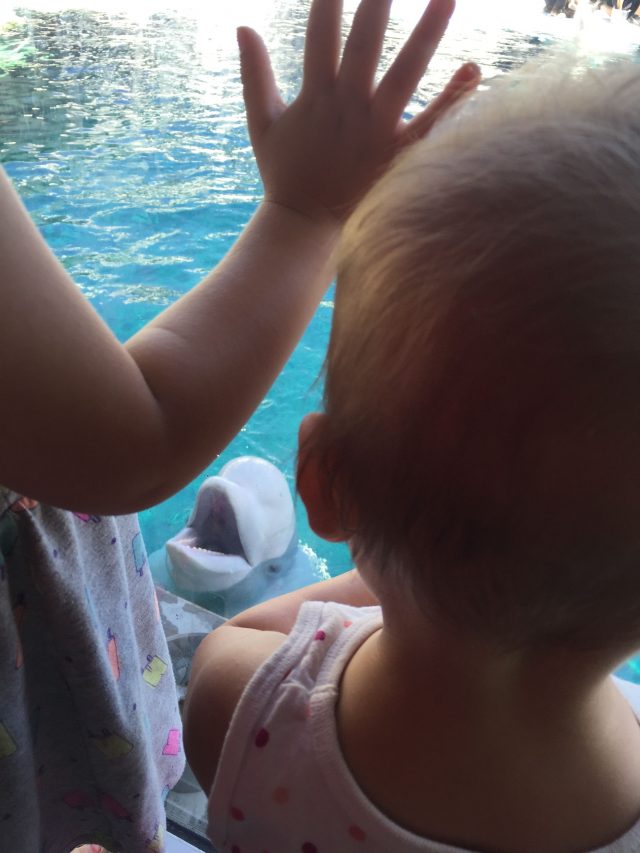 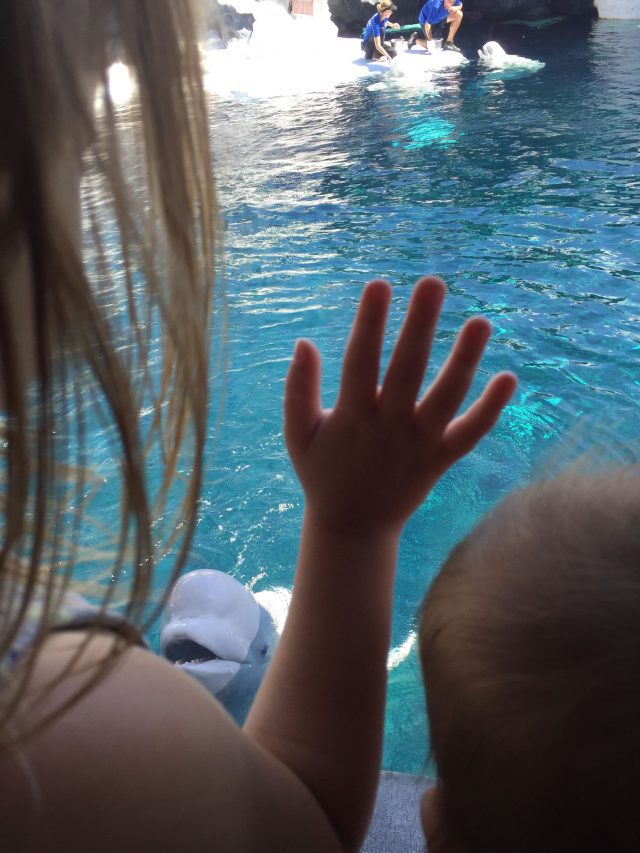 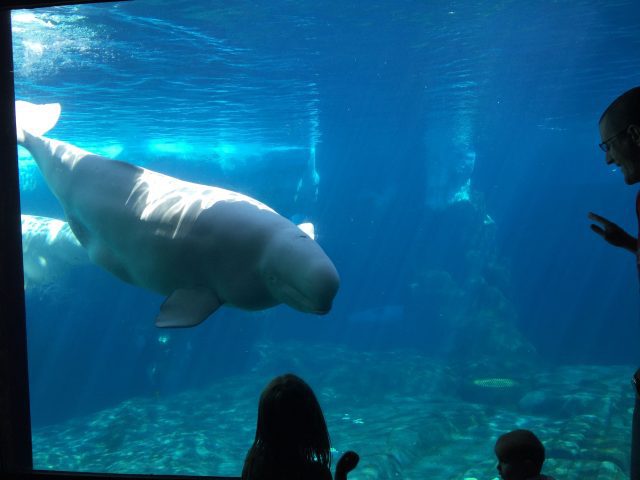 While we were there we even saw a polar bears and a huge walrus (which Julia recognized thanks to Paw Patrol!). 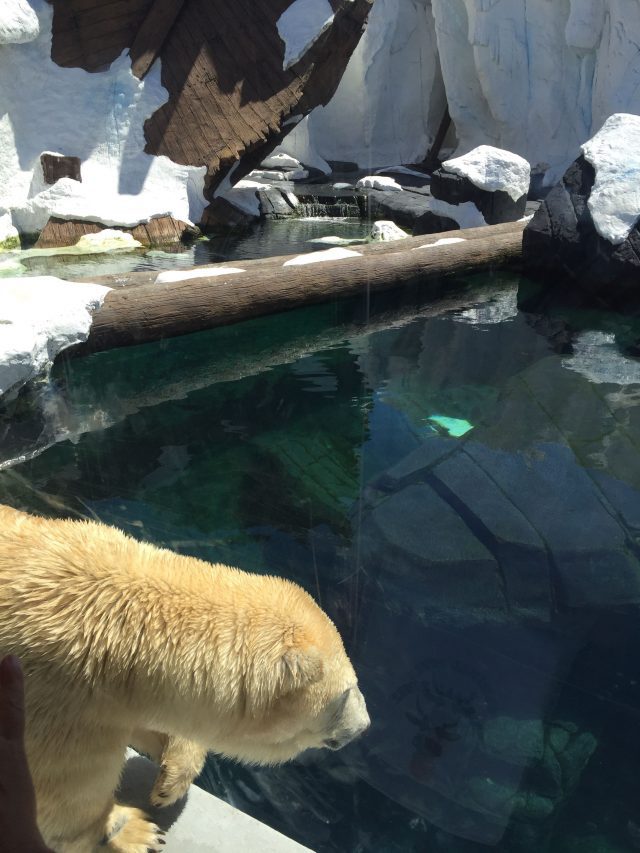 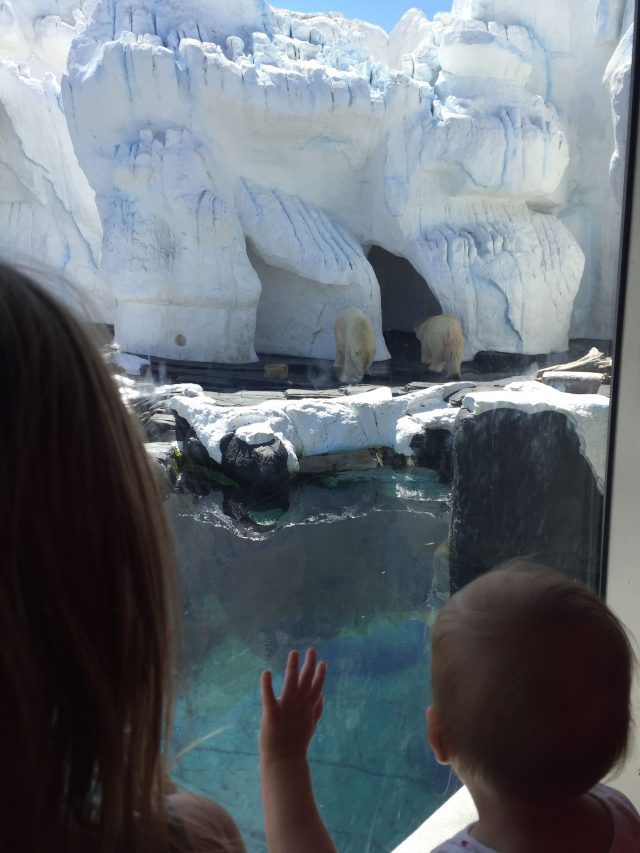 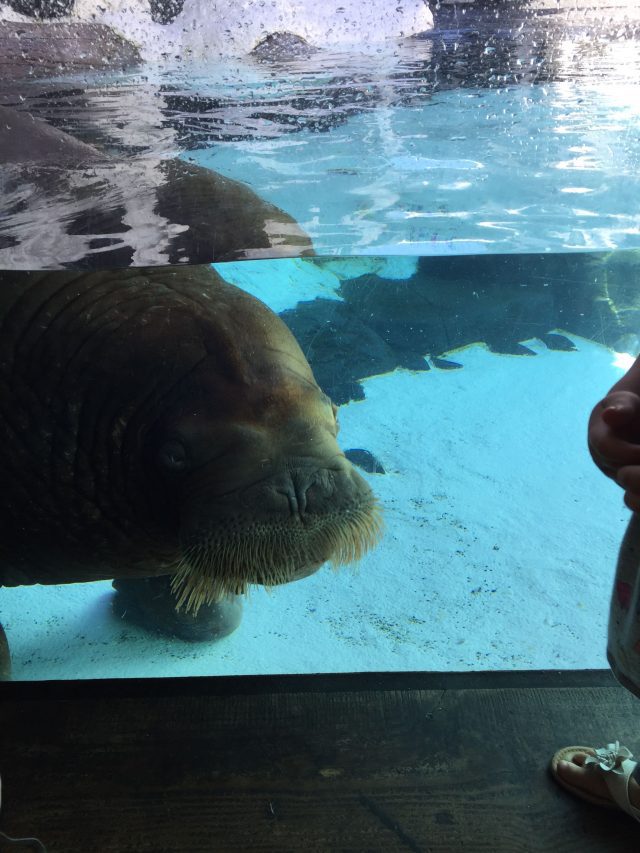 Another thing SeaWorld had was a huge Sesame Street play area for little ones, complete with amusement park rides! I would’ve taken pictures of this, but A) my storage filled up on my phone just after the belugas, and B) we didn’t actually plan time for this into our day. It was well past nap time, and if there’s one thing we’ve learned it’s: don’t mess with nap time if you can help it at all. We let the girls play for a little bit, said “bye-bye” to SeaWorld, and then hit the road.

I’m happy we checked out SeaWorld—it was a really fun way to spend the majority of our day there. Next year they’re opening more to their “amusement” area, so we’ll be sure to check that out again.

I will say that several years ago my husband and I went to the SeaWorld in San Antonio, Texas, and we were extremely disappointed. I don’t remember exactly what was wrong, but it seemed like there were very few exhibits and nothing to really do. San Diego’s Sea World far exceeded our expectations, and I know we’re excited to go back again next year!

Have you been to SeaWorld before? What are your thoughts on the place?!