I’ve very much been wishing I could crack open a bottle of wine at night. Pregnancy while literally chasing around and listening to two toddlers allllllll day long is exhausting. And then yesterday I got a wild hair to clean my whole first floor. Wine would have been very lovely last night. Alas, no vino for me, so I’ve taken to find other forms of self-medicating (like taking a warm bath while eating brownies).

Here are my favorite foods at the moment. Granted, this could easily change in the next hour, but right now, this is what I’m loving. 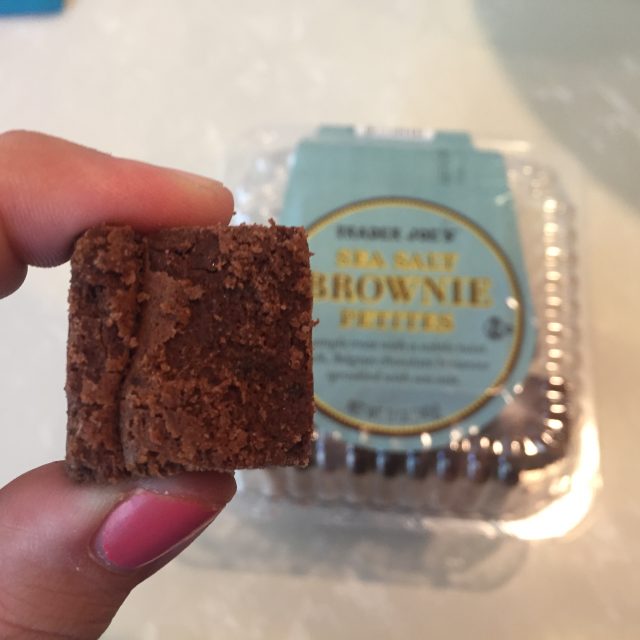 WHY DIDN’T ANYONE TELL ME ABOUT THESE?! Oh. My. Gosh. I stop myself at eating two at a time (okay, fine, four at a time), because they’re simply perfect. Tiny bite-sized deliciousness of salty, crunchy, and chewy chocolate. I’m actually going to the store today to get some heavy whipping cream so I can make my own whipped cream to go on top. (I wish I was making Baily’s whipped cream, but whatever.) It’s going to taste like heaven.

Edit: I went to the store, looked at my list probably about 72 times, and still forgot the whipping cream. I did, however get some ice cream (see below), so it’s still a win.

I don’t know where I’d be without these Jimmy Dean Breakfast Bowls. Sure, it takes zero time to actually make breakfast in the morning, especially if you pour a bowl of cereal, but I like protein in the morning, and these are totally satisfying. I pop it in the microwave, and then make the girls’ breakfast. Then I take it out and add in some salsa or green chile. It’s so good. Plus, they’re only $1.50 at the commissary. SCORE!

I’ve always loved pizza, but I’ve really been craving it this time around. I think, because it satisfies so many senses all at once. Plus, it tastes so darn good. Give me all the pizza, please…except if it has sausage on it. It’s grossing me out at the moment. 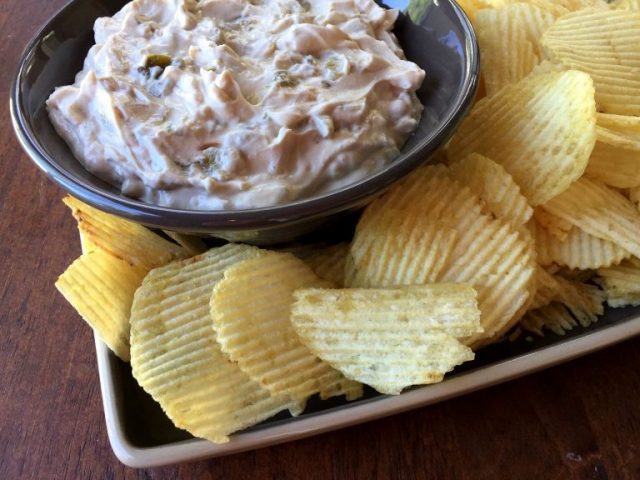 I had to go to the store to get more yogurt so I could make more green chile onion dip. It’s seriously addicting, which is good and bad.

My husband comes home soon (FINALLY), and we literally have an ever-growing-list of alll the foods we can’t wait to start making again. It turns out that cooking for two picky kids isn’t worth it, so I haven’t been cooking. I can only tolerate so much whining and pleading during the day, that it’s not worth my sanity to get angry at dinner time. (I save my energy for the fight to get the oldest to bed.) Anyway, here’s a look at our list so far:
Chili
Green chile stew
taco soup
crockpot picadillo
mini lasagnas
spaghetti squash bake
baked potato soup
red chile ribs
red chile beef enchiladas
green chile chicken enchiladas
eggs in purgatory
pizza
sweet potato gnocchi in brown butter sage sauce
spaghetti carbonara
pulled pork/brisket
steak
caprese on crostini
….we really like to cook, and we’ve both REALLY missed it. My husband’s been scarfing down MRE’s and fast food lately, so we’re pretty excited about his homecoming.

This is a sanity saver for sure right now. Sprouts and Trader Joe’s have great little meals that heat up in the skillet in less than 10 minutes. I’m also digging PF Changs and Bertolli’s meals in a bag. Thank you, meals in a bag, for keeping me sane at dinnertime lately. 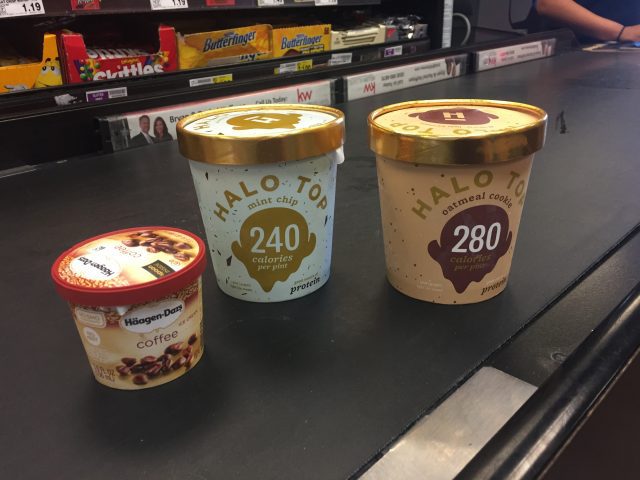 Since I can’t have the adult grape juice, I’ve had ice cream every now and again. I prefer Talenti’s Caramel Apple Pie (if I don’t have any of my magical creation* from Cold Stone on hand), but I just bought some Halo ice cream I keep hearing about. Also, coffee ice cream, because it’s the best. Oooh, I bet some ice cream would be good with those brownie pieces and whipped cream. I know what I’m having tonight once the girls go down!

*My “magical creation” is their Apple Pie A La Cold Stone, minus the caramel and with sweet cream and coffee ice cream

I’ve been craving steak lately, but nobody makes a steak like my husband does, so until he comes home, I’ve been slumming it. Luckily, Panera has a steak and white cheddar panini that totally satisfies my cravings. I’m usually not a fan of horseradish, but pregnancy does some crazy things to you, because I LOVE it on it. It’s the perfect amount of tangy and sour all sandwiched together.

I’ve been obsessed with tomatoes. They’re great on sandwiches and in red sauce (for pizza and pasta, of course), but I’ve practically been eating them whole, and I’ve contemplated eating them like apples, but the juice-squirting factor stops me. Instead, I slice them and put a little salt and pepper on ’em, but that’s a definite craving I’m having lately. Gotta balance out the brownies and ice cream somehow!

I got some pre-packaged seeds in the store (like the kind that comes just like sunflower seeds, with the shells on), but I also just bought 5 pumpkins, and I’m itching to roast the seeds from them. They’ve been high on my cravings list lately.

What foods are you totally into right now?