I was away for the weekend in Los Angeles for BlogHer16—my first solo trip in more than four years—and I was very much enjoying sleeping in a bed all by myself, and not having to wake up to cries from my teething toddler in the middle of the night. Actually, that’s not true. I tossed and turned because it was so quiet. Go figure.

My period was late by one whole day, which isn’t completely out of the norm, but since we actually tried for a baby in the two weeks prior, I was simply curious. On top of that, I knew there was a party I wanted to go to that night with the conference (i.e. free alcohol), and I figured I should take a test just to be on the safe side.

I rummaged through my suitcase and found what I was looking for: a pack of super cheap pregnancy tests that I packed in my suitcase when we moved for safe keeping. One pee and about two minutes later, that second faint pink line appeared right where it was supposed to. Positive.

Unlike last time, where I was freaked out by being pregnant again, this just felt right, and despite not having any symptoms, I just had a feeling that I was pregnant.

Since I still had two days of my conference left before I went home I debated holding out and not telling my husband until I got back, that way I could make some cute announcement, like I did for my last pregnancy. But that idea lasted all of five minutes, and before I knew it, I was FaceTiming with him and the girls and holding up the stick I just recently peed on. He cried, I cried, Julia giggled (and picked her nose), and Maddie was totally oblivious. 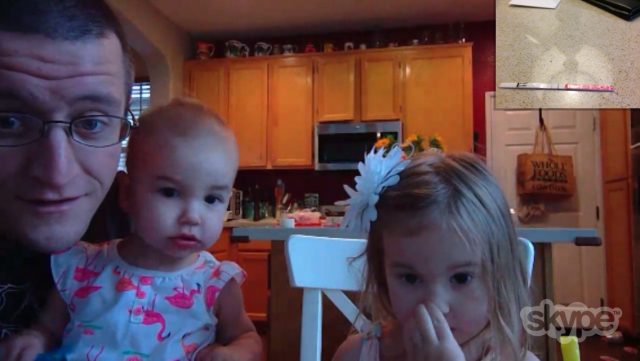 I told pretty much everyone I came in contact with at BlogHer16, because I’m a blabbermouth and knew I’d probably never see half of them again. Well, it turns out that telling one of those people ended up being a blessing in disguise, because she does marketing for a lot of the OB/GYNs in San Diego. Small world, right? We chatted, and she gave me her recommendations for physicians in the area, which was perfect timing since I didn’t have the slightest idea on where to go.

I drove home from my conference on Sunday morning, and later that night is when we hit the road for a the 12-hour trek to New Mexico to see my dad. At the time, he had just gone into the hospital after being diagnosed with cancer, and I wanted to spend time with him.

We told my mom and dad at the same time a few hours after we arrived, and they were both over the moon. The fact that my dad knew I was pregnant before he died—even though I was only 5 weeks at the time—means so, so much to me. I actually have a video of it, and it’s something I will absolutely treasure forever. (Although, let’s be honest, I don’t know if anything can top my mom’s reaction from the first time I told them I was having a baby!) 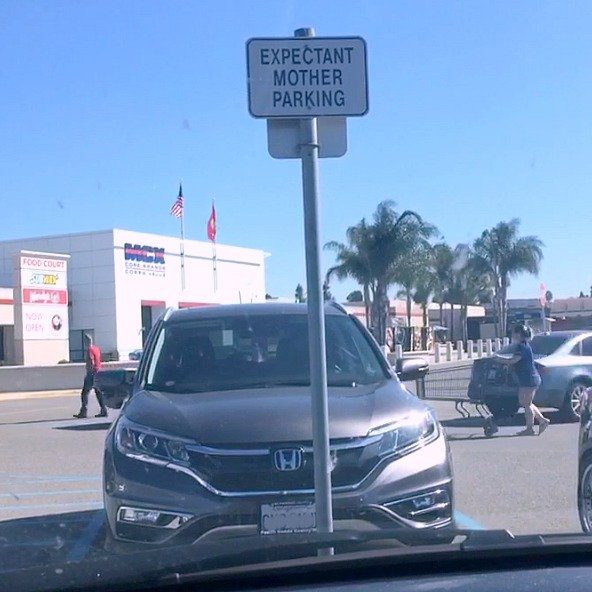 The rest of my family and friends found out pretty early on, too. I spilled the beans, because I just really needed a little extra support. I needed people to know that I was going through a heck of a lot more than just a death—since that, in and of itself, is huge.

I don’t think I have to tell you the crazy mix of emotions I’ve experienced these last few months. To deal with literal life and death within a span of days is just…overwhelming. It was hard to be excited while mourning; it’s honestly still a little hard to be excited, but what brings me a little comfort is knowing that my dad knew. Also, I’m pretty certain this bun in the oven is a boy…it kind of has to be, right?!