I’m sure you’ve heard before that marriage is built on love, trust, communication, and…compromise. Compromise in a marriage means you sometimes take one for the team, and you do something because you know it makes your spouse happy.

It means going to a Hanson concert on your birthday to see your wife act like a teenager. It also looks like playing hooky from work and parenting commitments to spend 151 minutes of your life watching the new Star Wars movie (The Last Jedi) with your husband, because he’s a huge fan. 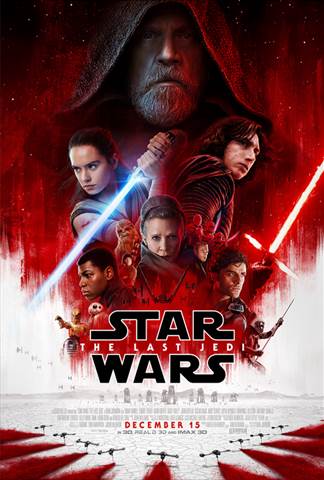 Y’all, I’m going to be honest: I was dreading this movie. I could think of a thousand and one other things I could do with two and a half hours of free time, and not one of them included: watch Star Wars.

But I know how much he loves those movies, and I had an opportunity for him to see it before premiered for the public, so I pulled on my Team Marriage panties, sucked it up, and went with him. And you know what? It was actually pretty good.

Early on in our marriage I played the good wife and sat through several episodes of Star Wars before I finally admitted to him that I’d rather go scrub toilets than watch another minute of another movie. So for me to admit that this wasn’t that bad is HUGE for me.

Just in case you’re on the fence about whether or not you should see this: do it. Just do it. Give your husband tickets for Christmas and sit next to him in the theater, or tell him to go out with the guys and enjoy the flick. He’s sat next to me for enough “This is Us” episodes for me to take one for the team and hold his hand during all the exciting parts.

And just in case you need more convincing, here are five reasons why I liked the new Star Wars movie:

one: It was empowering.

I was pleasantly surprised with how many lead females were in The Last Jedi. From pilots to princesses to commanders and a possible jedi in training, they were all pretty bad-ass, and didn’t take no for an answer. I truly thought Star Wars was more of a “boy” movie, but I’d happily let my daughters see these women in empowering lead rolls.

two: The island scenes made me dream of going on a vacation.

If ever there was a reason to escape for two and a half hours, it’s so that you can envision yourself on a relaxing remote vacation away from everything.

three: It was funny.

Yup, there were more than a few moments when I laughed out loud. And honestly, it was a lot more fun being in a theater with a whole bunch of Star Wars fans, because their energy bounced off each other. I know I would’ve zoned out if I was watching it at home on the couch.

four: There were some pretty good action scenes.

Action sequences are pretty fun, and you don’t get much more exciting than when you have swords made out of lasers that can literally slice someone in half. This had all the good markings of an action-packed adventure.

five: It made my husband happy

Like I said: he saw Hanson on his birthday, in Disney World for me, so watching one of his favorite movies of all time was the least I could do. Not to mention, I didn’t have to listen to his recap (if he had seen it alone) and tried to feign interest. Now we have yet another thing we can talk about and share together. #TookOneForTheTeam

six: It went by fairly fast.

When I heard that the movie was two and a half hours long, I literally started to figure out any excuse I could come up with so I wouldn’t have to go. But honestly, it went by so fast. The action scenes and the plot itself flowed together really well. I only looked at the time once, and that was only because my FitBit flashed on when I snacked on some pistachios. 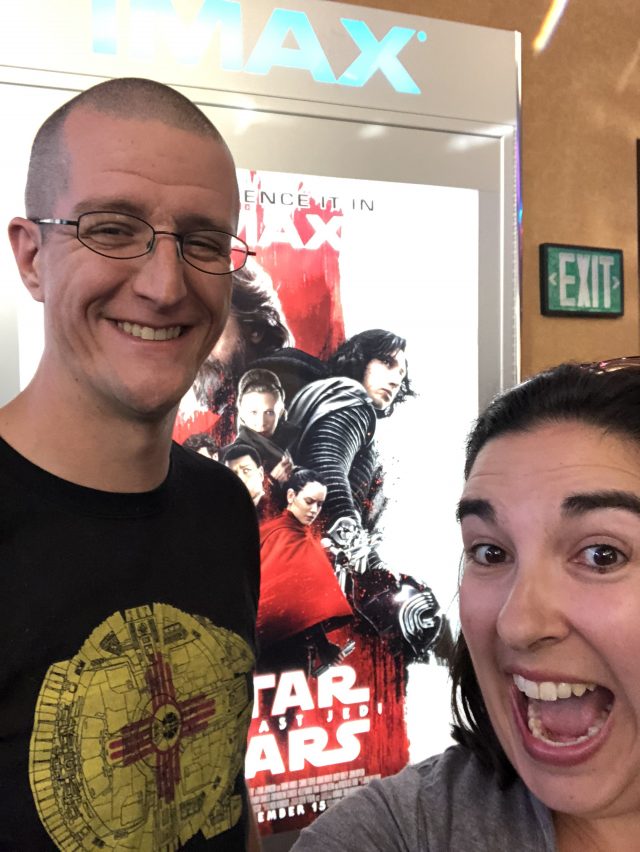 Seriously, all in all, it was a good movie. So good, in fact, that I’m actually a little curious about seeing the next one that comes out. I have questions that need answers and cliff-hangers that need more of a conclusion.

Star Wars: The Last Jedi comes out tomorrow (or technically later tonight if you’re a die-hard fan). So suck it up buttercup, and channel your inner self to go watch the movie. I can almost guarantee that it will be a much more pleasant experience than scrubbing toilets or doing laundry for two hours. Trust me.