I used to be pretty good about sending out Christmas cards. And then I became a parent, and survival is what I tried to excel in. Well, then after I realized “excelling” in something as a parent is pretty much a unicorn trait, I settled for just getting by every day. Which leads me back to: Christmas cards.

Last year I was sooooooo close to sending them out. Actually, they were going to be Valentine cards because I missed the boat on getting them out for Christmas, but I actually got them printed and everything. 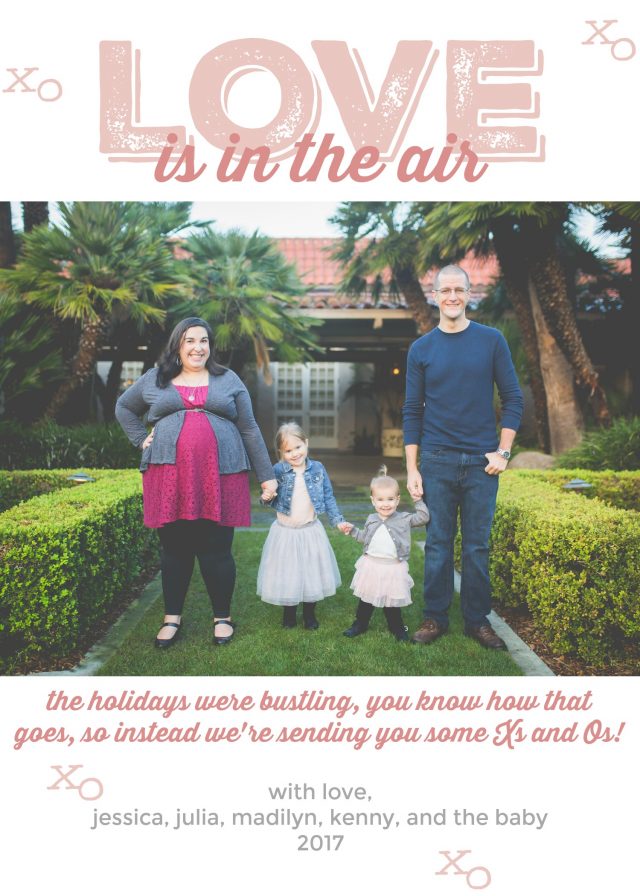 February became March, then March became April, and I was going to send them for “April Fool’s,” but then I had a baby, and now they’re.. in a box upstairs. I just missed signing, sealing, and actually mailing them out. Ooops. So close, but yet so, so far. (So…um…if anyone wants one, let me know, because I have like 100 of them just sitting in a pile in my office.)

But this year I was motivated and determined to get them out BEFORE Christmas. And by golly, I did it!

It helped that I had a gift card from Minted from a giveaway that I won burning a hole in my pocket, and it expired at the end of the year. So as soon as I got our family photos back (post coming soon!), I couldn’t wait to design our Christmas cards. 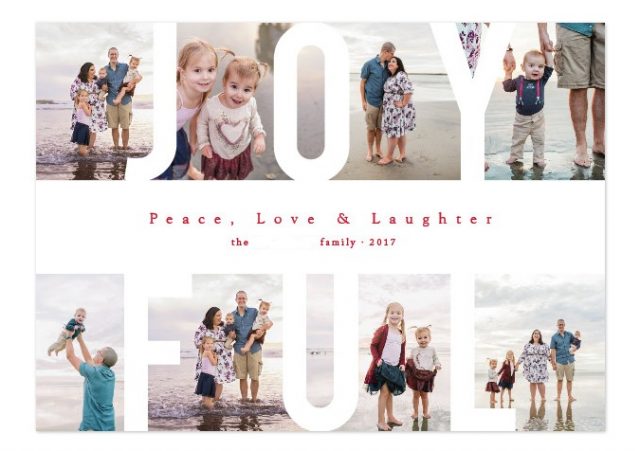 Since we took our photos at the beach, I really wanted something simple, but with lots of places for pictures. Because I love how they turned out and, yup, I wanted to show off my family. No shame in saying that; I couldn’t help but put as many pictures as possible on the card!

Chrissy Walther took our photos at Oceanside’s beach, and they’re everything I could’ve hoped for, so I had to plaster them on a card for all to see. 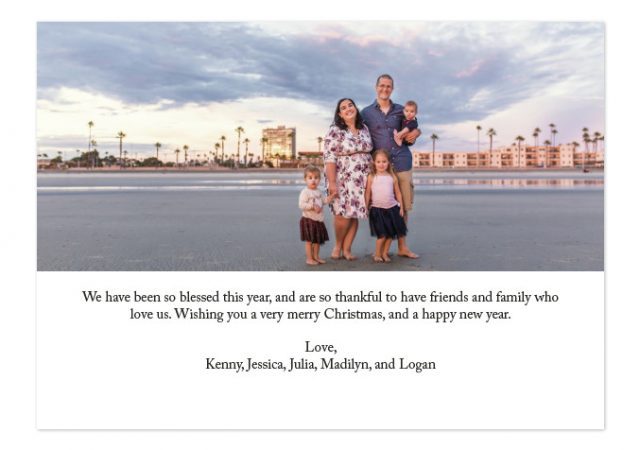 Now, this isn’t a sponsored post for Minted, but I was super impressed with how fun their site was, how much we could customize our cards, and how easy it was to navigate. I only wish I’ll always have a gift card to spend there, because goodness gracious, Christmas cards are expensive these days!

Here’s hoping I can make this a trend and send out cards before Christmas next year, too!