I could never pinpoint why I love October so much; I’ve always loved fall out of all the seasons, but October just makes me happy. And then it hit me: it’s Balloon Fiesta time.

Every October for as long as I’ve lived, hundreds of balloons paint the sky in my hometown of Albuquerque, New Mexico. For one entire week it’s like magic to see them lift off and dance around the city’s blue sky. 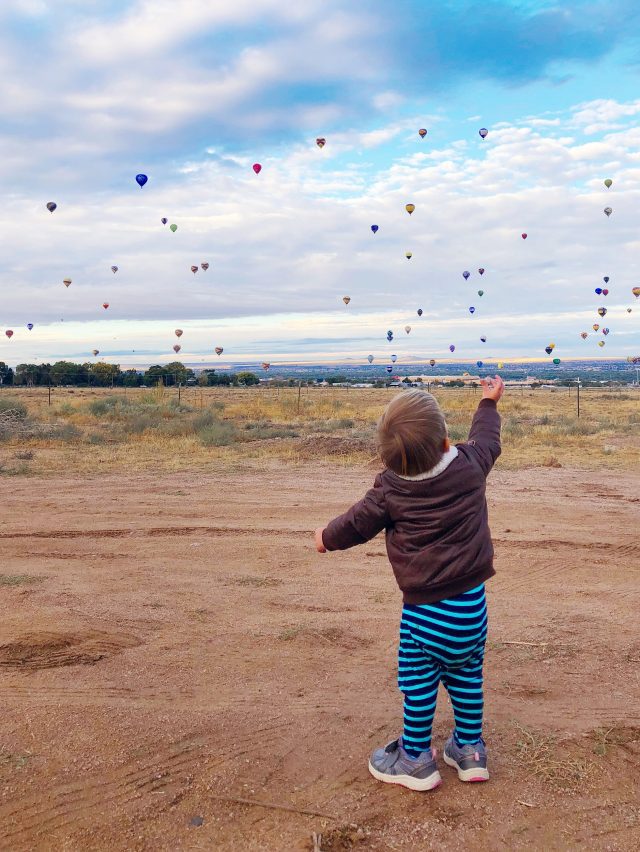 Even when we lived overseas I’d tune in to the live broadcasts to watch and see the mass ascension (when all of the balloons launch) from my tiny computer screen and long to be there. It’s been three years since I saw the fiesta in person, so when our schedules aligned this year we packed up the van, loaded the kids, and spent a week in Albuquerque to check it out. 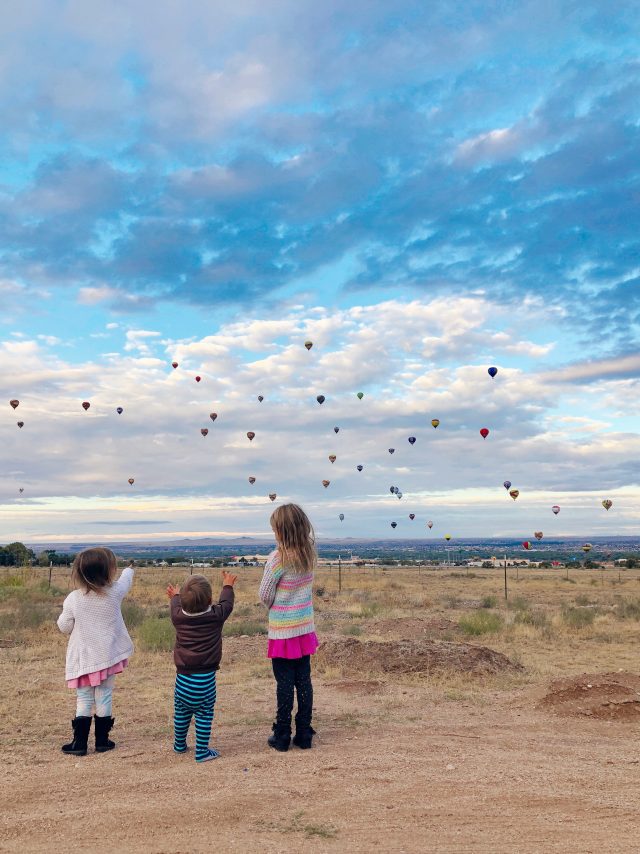 To say that I was fulfilled while there was an understatement; the Balloon Fiesta fills me with so much joy and energy that I’m already counting down to next year.

Magic in the Sky

One of the great things about Albuquerque is that you can see the balloons from pretty much everywhere. It’s always a surprise to see which direction they’ll float, but if you can find a nice spot with a view of the valley, you can see them without even having to go down to Balloon Fiesta park. 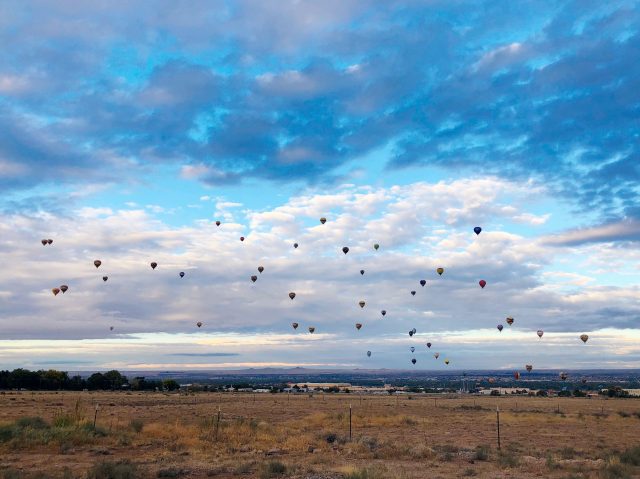 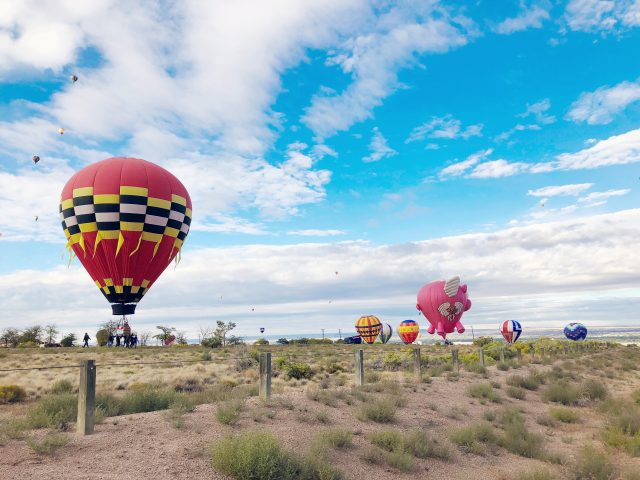 As much as I love the excitement of seeing the balloons literally up close and personal, we didn’t want to get the kids up super early (3/3:30 am) every morning. Instead, we slept in and headed to our super special secret spot to watch them.

Armed with hot chocolate, blankets, breakfast burritos, and lawn chairs, we had the best seat in the house. 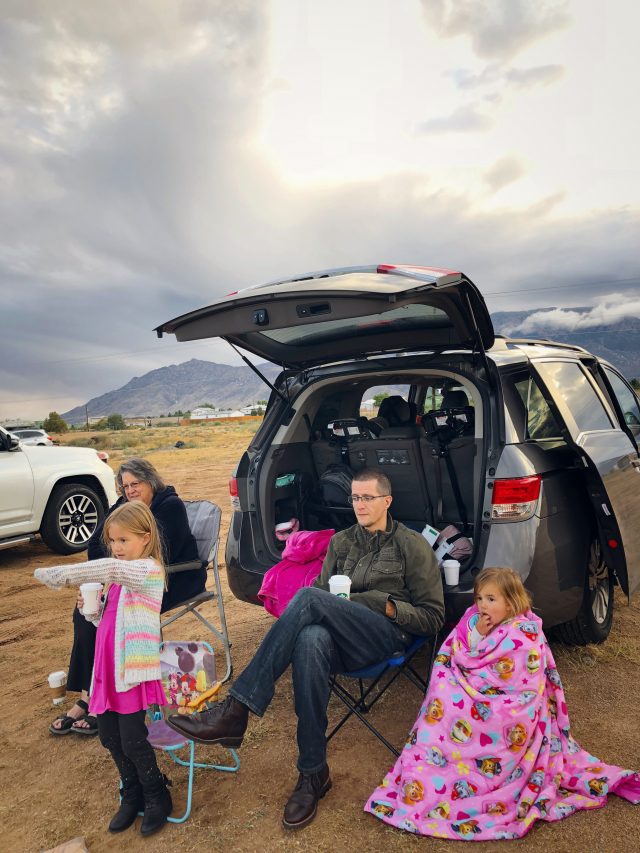 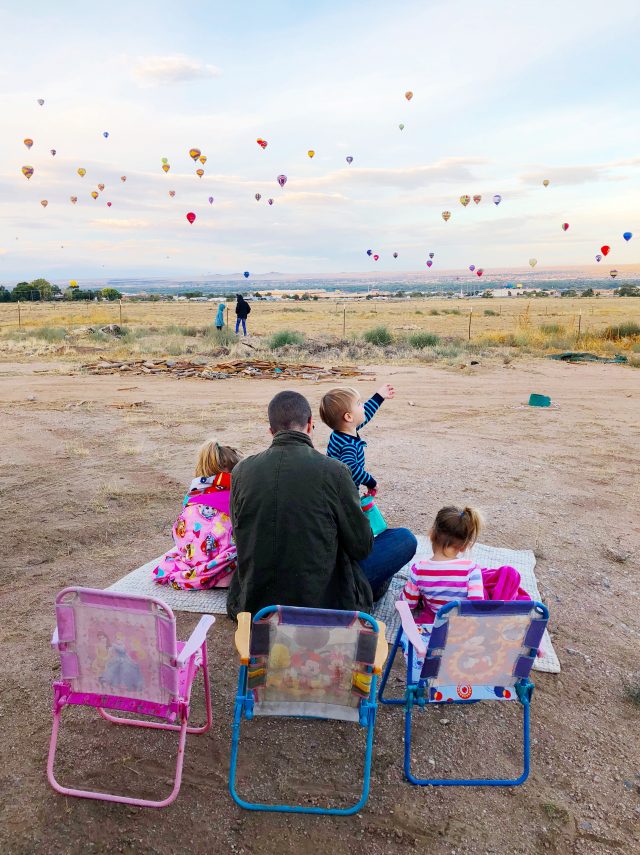 Listening to the kids point out and pick their favorite balloons was like music to my ears. 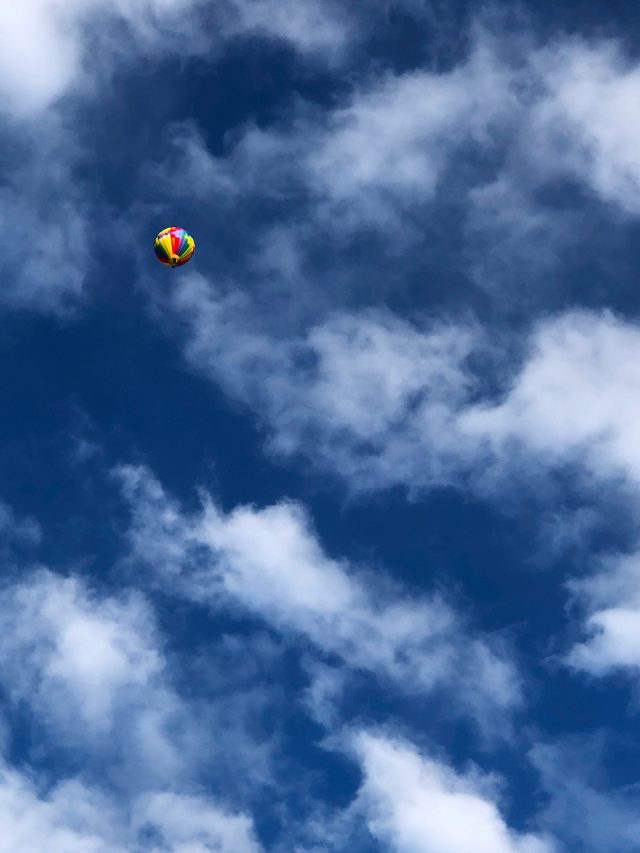 The fun amplified when their cousins joined us a few times. They’d run around and play, and then stop to watch a balloon float overhead. 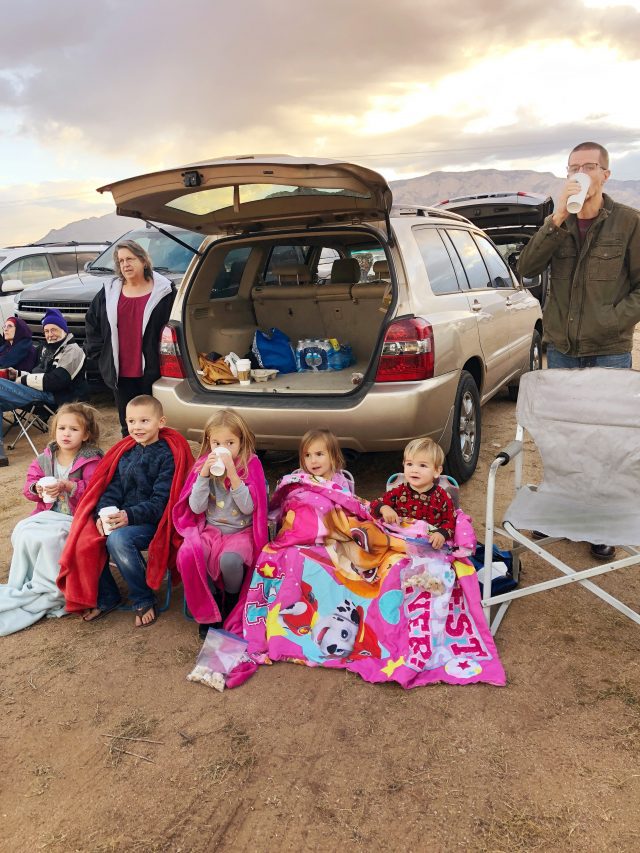 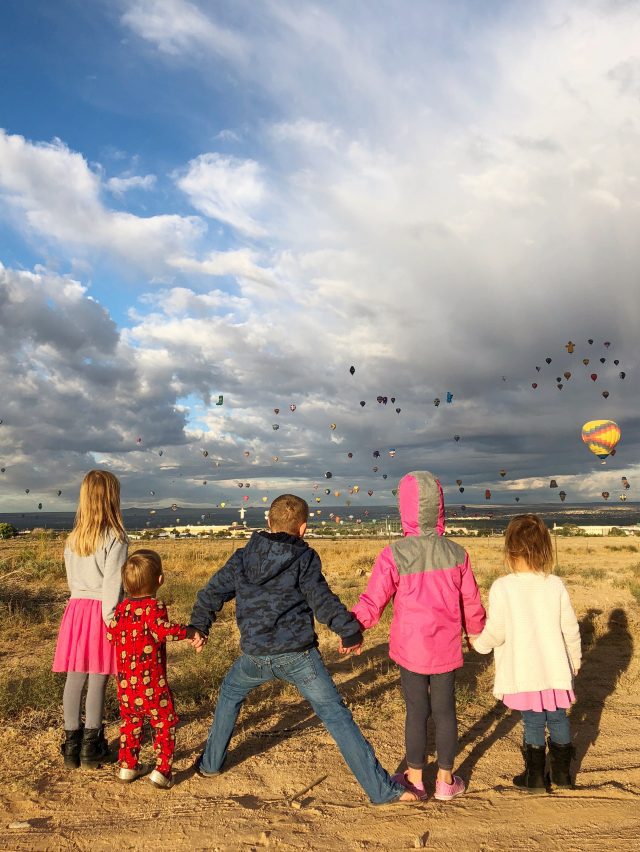 Watching them enjoy childhood together was seriously priceless.

What Comes Up, Must Come Down

The real fun starts once the balloons start making their way down, because then it’s time to be an unofficial chase crew and help them land. 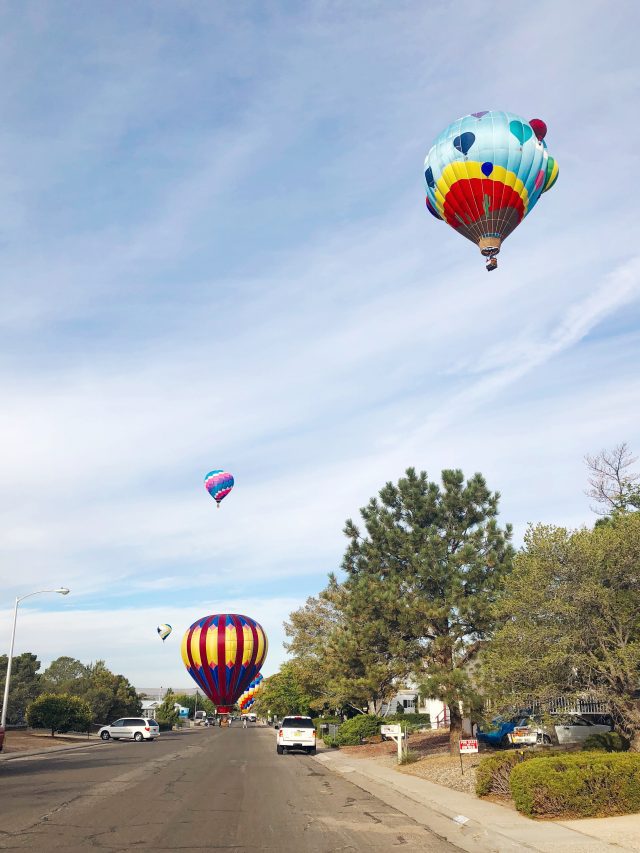 We probably helped about a half-dozen balloons this year, and would’ve chased more, but the wind pushed a lot of them too far north and west. 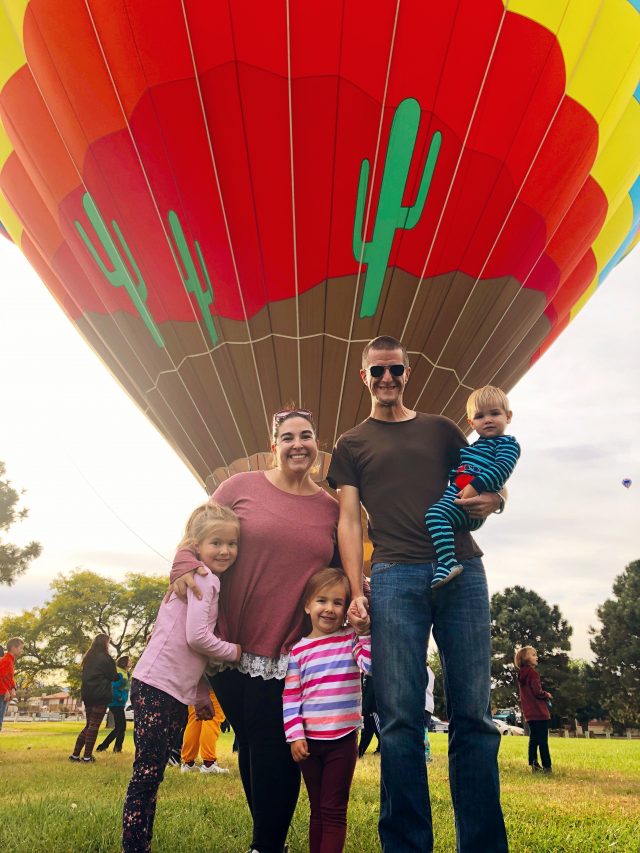 I’ve written about chasing balloons before, and stay tuned, because I have a “How To Chase Balloons” post coming your way later this week.

We’re already less than a year until we get to experience it again, and I’m probably a broken record, but I can’t wait. The kids will be older, and it will be just the spark of excitement we’ll need around that time. 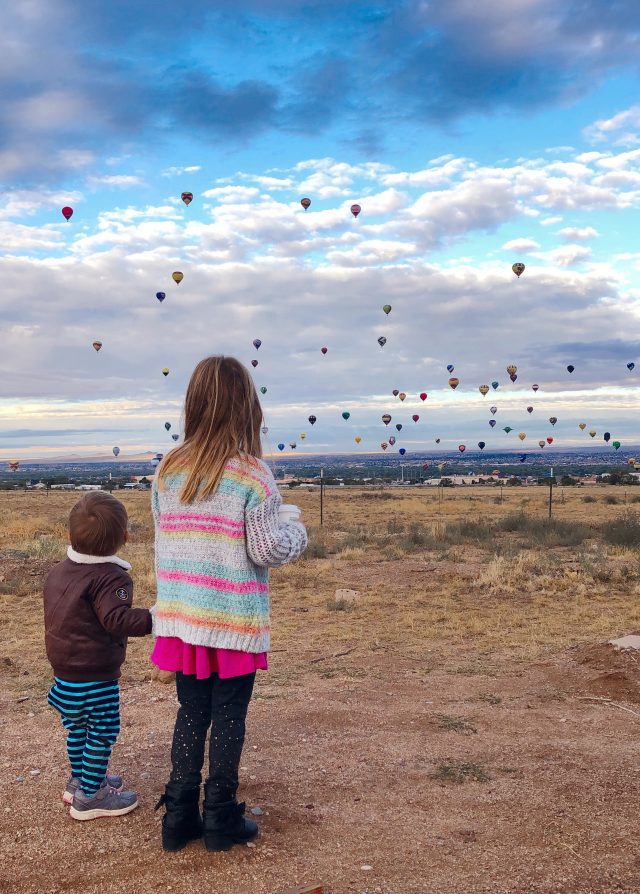 Have you been to the balloon fiesta before? What’s your favorite thing about it?