“Mama, I wanna go back to the hotel noooooooooooooooow,” whined my 4-year-old daughter loudly while standing in line to meet a Disney princess a mere 30 minutes after we entered Disneyland.

Part of me rolled my eyes (okay, I actually rolled my eyes, because tickets to Disneyland are not cheap, and had I known she would’ve rather just stayed at our awesome hotel the whole time, then we could’ve saved a lot of money).

But she had a point: we were staying at the HoJo (Howard Johnson Anaheim, to be more specific) just outside of Disneyland, and it was pretty darn awesome.

The hotel boasts that they’re steps away from Disneyland (less than ten-minutes to walk there, actually), family-friendly (totally agree), and fun (seriously fun…keep reading!), and I totally agree.

Something just for you at the HoJo!

Already know you want to stay here? I’ve got a special deal just for my readers!

Use the code LNLR and you can get 15% off their regular rate. If you’re an AP (fancy term for an annual Disney passholder), then you can spend 20% on your next stay with the code LNAP.

We travel with our kids as much as we can, and usually when a place says “family friendly,” they mean they provide a crib for little ones. Big whoop, right?

But HoJo Anaheim takes “family friendly to a whole new level. At the HoJo, kids get balloon animals and pirate booty (aka chocolate coins) at check-in.

(Shout out to Chris for not even batting an eye when I said I had three kids. Even though there were a couple people behind me in line, the staff totally took over while he jumped to the side and enthusiastically made some!)

The rooms come with amenities specifically for kids (like the kid’s suite with two bathrooms and a rubber ducky that they get to take home), and the TV’s have access to Netflix and Pandora so your kids can settle down at night or watch their favorite shows while getting ready in the morning.

The kids’ bathroom has a bathtub in it, and then the second bathroom was a fabulous shower stall.

And there’s even a store where you can get everything from snacks and drinks to souvenirs and swim diapers. They’ve got you covered (literally)!

One of my favorite things is that the HoJo recognizes that kids need naps, so they have an option where they’ll clean your room and have it up and ready for you by 1pm so littles can come back and rest.

Speaking of resting, their room—yes, the kids had their “own” room—had a bunkbed, and it was almost the highlight of their trip. This room sleeps up to six since it has a pull-out sofa, and a king bed in the next room.

If you don’t need that many beds, have no fear: they have smaller rooms that are just as fantastic, and they all sleep at least five people.

And if you’re traveling with kids who think bunk beds would be awesome (they are), but you don’t want them in a separate room, check out their Queen Bunk rooms.

It took us less than 10 minutes from the time we left our HoJo to the time we got to the Disneyland entrance! How’s that for close?

I love that you can actually see Disney from the property.

The first time we went to Disneyland we stayed somewhere that wasn’t as fun, and was a far walk from the park.

After spending a long day on your feet, the last thing I wanted to do was walk so far back to my hotel—not all of us can be pushed around in a stroller…must be nice, kids. I was thankful the Hojo was so close.

And if you want a quick breakfast on your way, you’ll pass several places on your stroll to Disney. We saw McDonald’s, Panera, I-Hop, and a Denny’s, just to name a few.

Pro tip: Save time, and order your breakfast from McDonald’s ahead of time on their app so you don’t have to wait in the crazy line.

Y’all, the HoJo Anaheim also has a waterpark on property that totally stole the show.

Despite the fact that it was a “freezing” 55 degrees outside (freezing by SoCal standards, of course), Castaway Cove is literally the only place the kids wanted to be during our time at Disneyland.

As a mom, I was over the moon that Castaway Cove didn’t have an actual pool.

Two out of three of my kids don’t know how to fully swim yet, so instead of stressing the whole time, they just waded around and played in the fabulous 1-foot pool.

There’s a hot tub at the other end of Castaway Cove, but I don’t think my kids noticed it. But if you have older kids who want to play and/or relax in a genuine pool, have no fear: there’s s one on the other side of the property. The HoJo’s got you covered!

HoJo Anaheim for your next Disneyland Stay

If you’re headed to Disney, forget about the princesses, the fun Disney food, the magic, and the mouse. All my kids wanted to do was to play at the hotel…go figure.

It’s little details that truly make this place family friendly, and the next time we head back, I’ll for sure make sure we plan in some special time just for them to play and enjoy the hotel more.

Don’t forget to use the code LNLR and you can get 15% off their regular rate. If you’re an AP (fancy term for an annual Disney passholder), save 20% on your stay with the code LNAP.

Have you stayed at the HoJo before? Would you stay here? 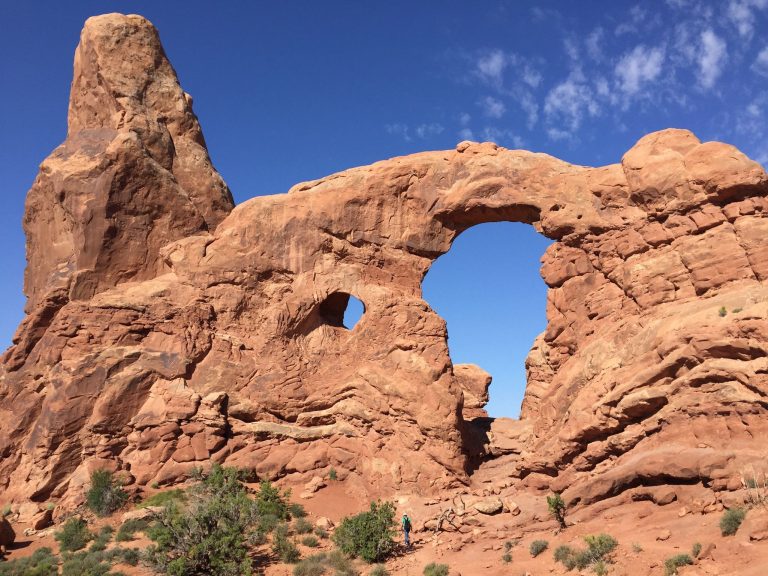 Growing up my parents had a map of the United States hanging up at eye-level for my little brother and me. The map was thumb-tacked on their very 80’s, flower… 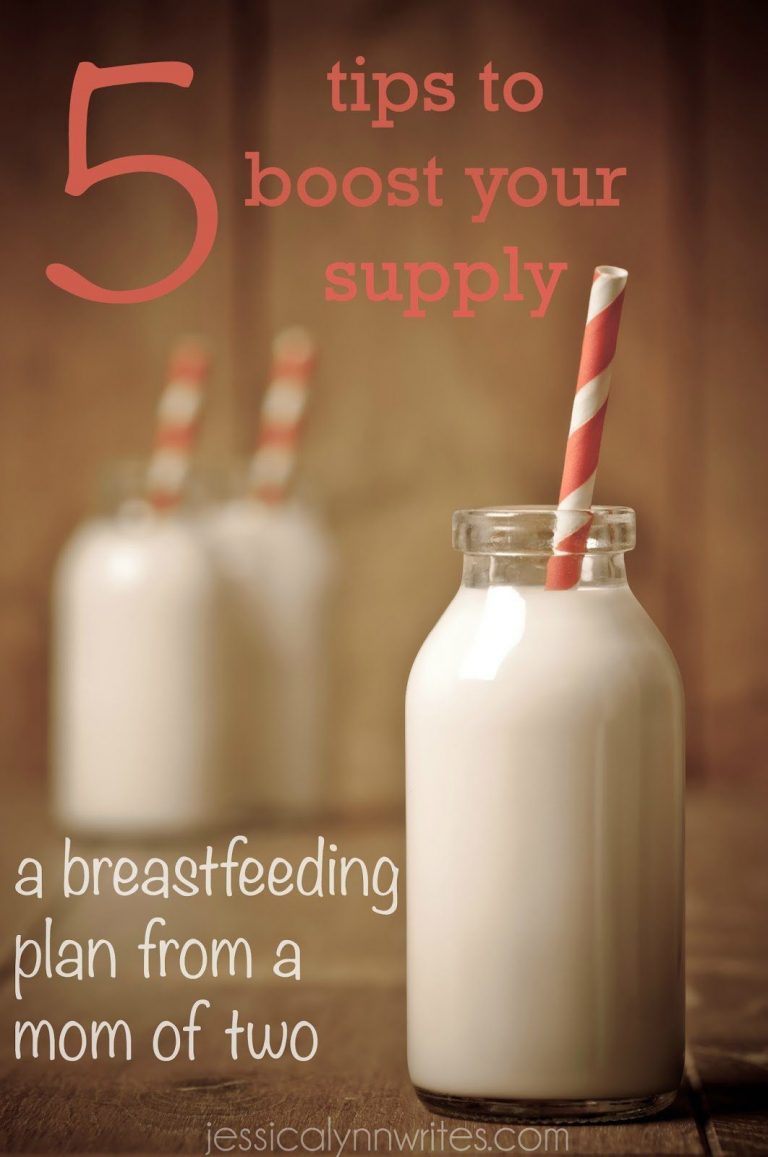 Oh, breastfeeding. I had such a love/hate relationship with it the first time (more love than hate after we jumped through the initial hurdles, mind you), but I’m determined… 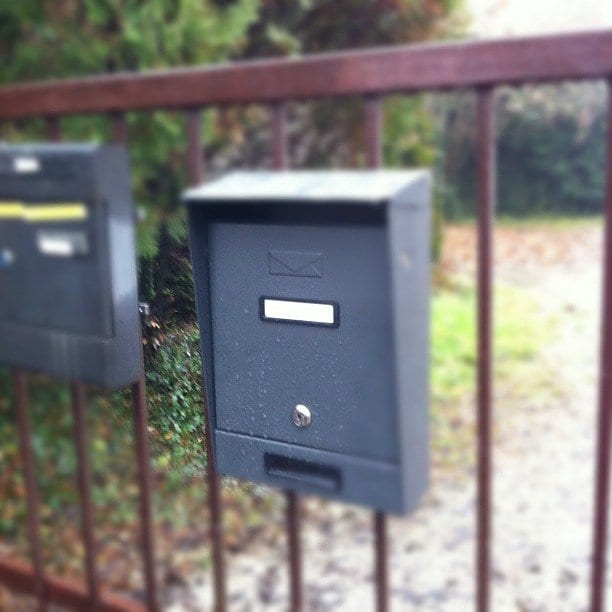 Earlier this week I was rushing out the door to get to the post office on base before they closed. I had randomly-shaped boxes piled so high that they were… 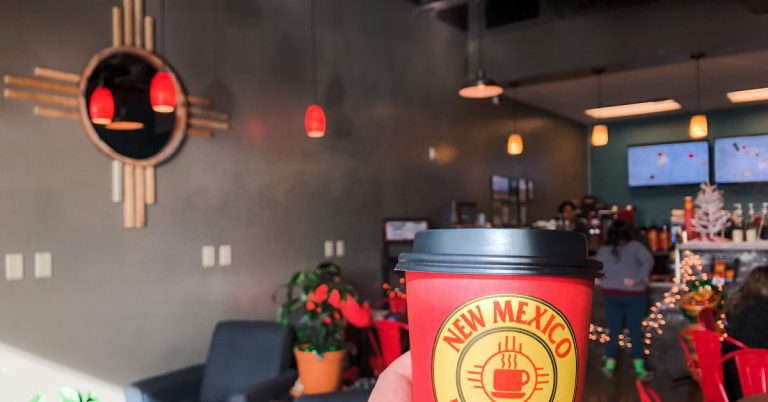 There are a plethora of coffee shops in Albuquerque these days, which is awesome for any coffee lover. They’re trendy, hip, and pretty much perfect. Coffee shops are my happy… 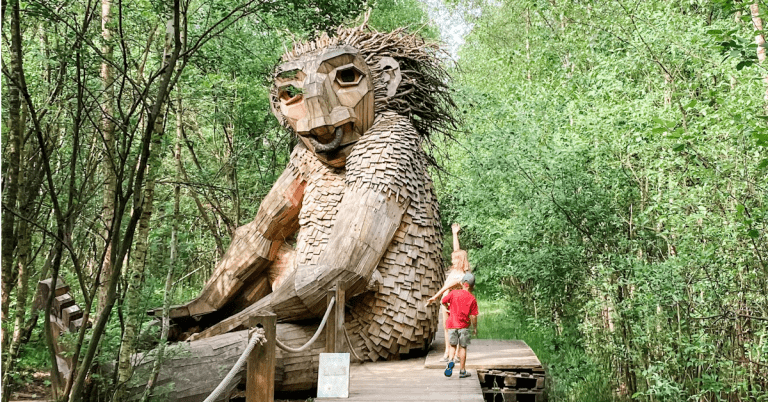 Trolls in Belgium, you say? Oh yes, there are GIANT trolls (seven, to be exact) in Belgium, and they’re waiting for you to go find them. Save this post and…

Dear Paris, thank you for being absolutely wonderful this time around. It was very, very much appreciated and I can’t wait to see you again soon.  Fondly, Jess I’m not…